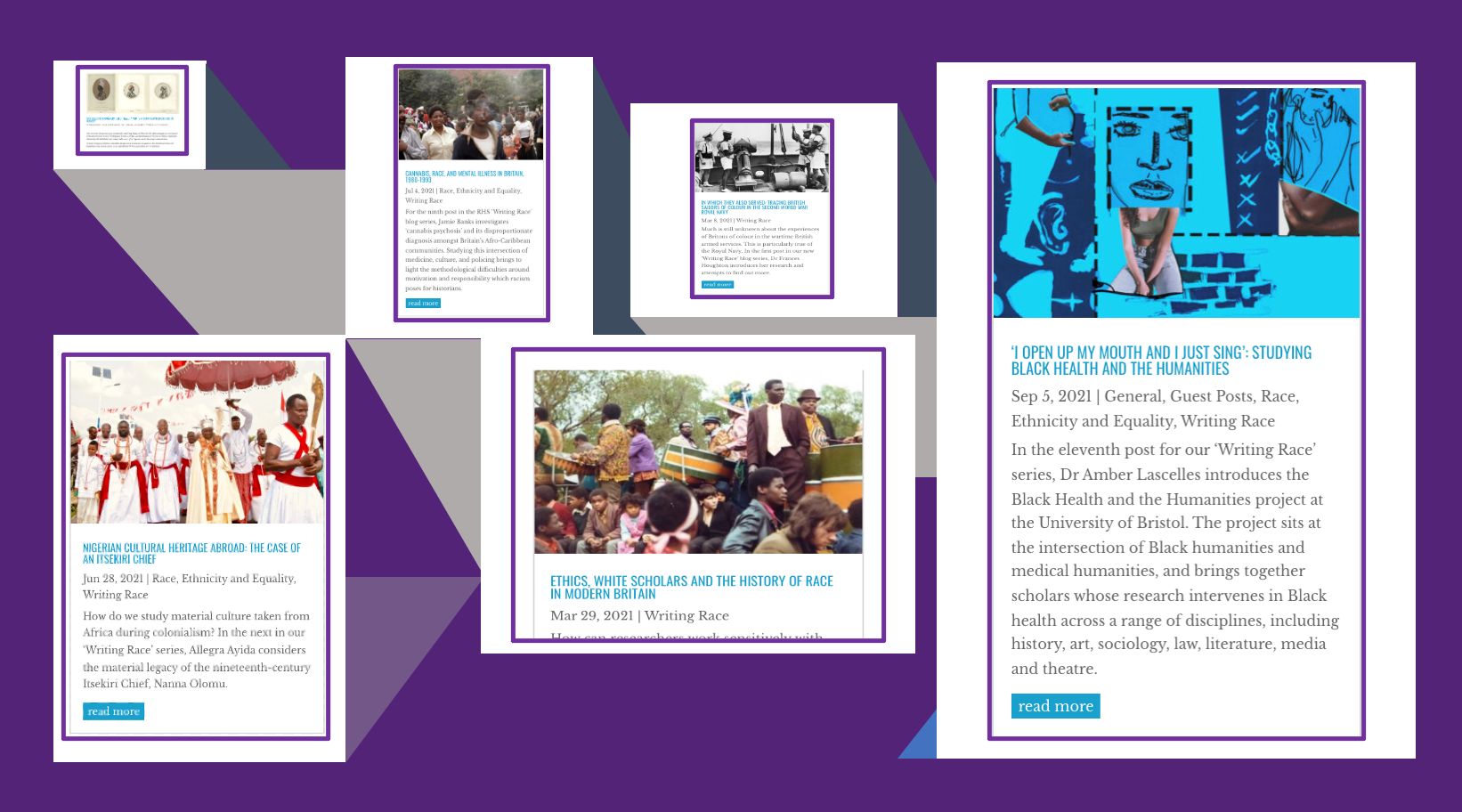 As commissioning editor, Diya reflects on Series One, looks ahead to forthcoming posts – starting this week – and invites you to get involved.

Welcome to Series Two of the Royal Historical Society’s blog ‘Writing Race’. From March to October 2021 – Series One – we published 13 remarkable posts on race and its relationship to history. This, of course, is an incredibly wide-ranging topic, but we deliberately kept our remit broad to encourage researchers and writers of different topics, methodologies and genres, and to highlight a variety of perspectives. By launching this blog series last Spring – the Society’s first dedicated to race – we aimed to offer a space where issues related to race that emerged within the classroom, at university, or in the museum and heritage sectors, could be discussed. We wanted our writers to be able to reflect upon their experiences, and to analyse and share their thoughts with an extensive RHS audience.

Looking back on Series One

Looking back over these eight months, it’s striking to note the diversity of posts that have been commissioned and published – from Indian women’s work in war and famine, and British sailors of colour in the Royal Navy, to ‘unlearning’ imperialism in photographic archives, and studying Black health and the humanities. Over 80% of posts have been authored by women; more than 50% of the posts are by people of colour; and three-quarters showcase the work of talented early-career researchers. And there has been real enthusiasm and appetite for this series, both from writers and readers.

It’s evident how many posts from Series One present provocations to recent public debates centred on race. We know that racialised communities in the UK are often stereotyped in terms of medical and healthcare provision. Jamie Banks’s post speaks to this by undertaking a fascinating historical analysis of ‘cannabis psychosis’ and its disproportionate diagnosis amongst Britain’s Afro-Caribbean communities. We have also come to realise that the commemoration of the abolition of slavery by modern European nations is a fraught subject matter. In this regard, Olivia Durand has explored France’s complicated relationship with abolitionism and slavery, her important discussion investigating whether memory can become a site for reparation.

And questions regarding the restitution of looted objects from former colonies of European empires, most famously the Benin Bronzes, increasingly make newspaper headlines. How do we study the material culture taken from Africa during colonialism, and what do we do about its continued alienation from places and communities of origin? Allegra Ayida has foregrounded in her powerful piece the violence of the collection process itself, and argued that there is no way to display these items ethically in the West.

Looking ahead to Series Two

Building on the success of Series One, we are delighted to launch Series Two of ‘Writing Race’ from February 2022.

Opening the series (on Wednesday 9th February) is Professor Bruce Buchan’s article — ‘Charting Time and Visualising Race in Enlightenment Thought’ — which considers perceptions of race, and their legacies, in the work of the eighteenth-century Scottish moral philosopher, Adam Ferguson. 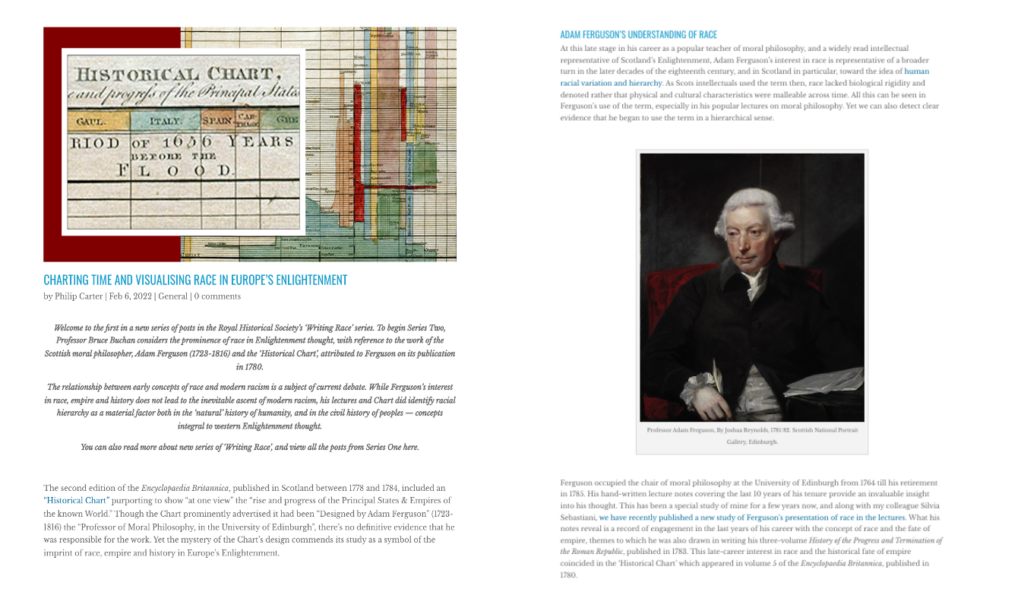 Posts in Series Two will include, among others, essays on colonial photography at the Imperial War Museum, community histories, and Anglo-Indians in colonial India, as well as a reflection on Eric Williams’s Capitalism and Slavery, following its publication as a Penguin Modern Classic this Spring — nearly 80 years after its first appearance in the United States. We aim to commission an equal number of posts in this second series which runs to the autumn.

Our remit still remains broad, but this time we are particularly interested in hearing from public historians and those running community history projects. We very much consider history to be threaded through classrooms and lecture theatres, museums and archives, public spaces and private memory, and in literature and the creative arts. We therefore welcome posts that reflect upon material and performance cultures and their relationship to race. Posts that consider how race is taught to students are also of interest. We look forward to hearing from you!

For questions, comments or to send in a pitch for a post, please contact Diya Gupta at diya.gupta@royalhistsoc.org. 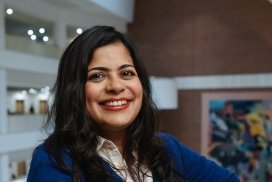 Dr Diya Gupta is Past & Present Fellow: Race, Ethnicity & Equality in History at the Royal Historical Society and Institute for Historical Research