Why does the commemoration of slavery and its victims remain so difficult in France?

How do modern European nations remember the abolition of slavery, and how does this affect campaigns for racial justice? In the latest post from the RHS ‘Writing Race’ blog series, Olivia Durand introduces her research on France’s complicated relationship with abolitionism and slavery in the context of an important month of national commemoration.

To study the legacy of abolition, citizenship and reparations raises important questions: does institutional silence and forgetfulness make memory a more, or less, important site for restorative justice and reconciliation?

What does the abolition of slavery represent in the historical narratives of modern European nations? And is abolition the end of the story – the culmination of the struggle and the long-sought acquisition of liberty and equality? We know very well that the answer to the second question is no, with legacies of discrimination and inequalities embedded in the present, whereas the first question leaves us with an uneasy yet symbolic silence.

The uncomfortable memory of slavery contrasts with the celebration of its abolition – this is particularly visible in the case of France. In May 2021, the country has commemorated three events that symbolise complex landmarks of French national consciousness. On 5 May, the country marked the bicentenary of the death of Napoleon Bonaparte, a modern emperor who re-established slavery in the French colonies. On 10 May and 23 May, France commemorates, respectively, the 1848 second abolition of slavery and the remembrance of its victims. The re-evaluation of French slave-ownership legacies has shaped discourse around history and memory since the promulgation of the ‘Loi Taubira’ on 10 May 2001, twenty years ago, which was the first official national recognition of slavery as a crime against humanity.

THE TUILERIES MEMORIAL TO SLAVERY IN PARIS: ON HOLD

Two strands were particularly salient in the Taubira Law. First, instead of sourcing stories of racism and bondage from the United States, as was common, the national school curriculum had to incorporate teaching about the history of slavery in the French colonial empire. Second, the law required the state to fund the creation of tools of public instruction and remembrance, such as museums and memorials. A National Museum of Slavery (Mémorial ACTe) was inaugurated in 2015 in Guadeloupe, an overseas French Caribbean Department – a welcomed institution but geographically removed from metropolitan France. In 2018, President Macron promised the development of the  Foundation for the Memory of Slavery in Paris, inaugurated in 2019, and the design and construction of a Memorial to the Victims of Slavery at the heart of the Tuileries Garden by the autumn of 2021.

Yet, the inauguration of the memorial is now on hold, as the different stakeholders cannot agree on how to best honour the victims of enslavement and meet the educational goals set in the open call. Comité Marche du 23 mai 1998 (CM98), the committee that first campaigned for the monument, requires as a sine qua non, through engraving or other means, the inclusion of the names of over 200,000 individuals who were still enslaved in the French colonies when the 1848 emancipation was finalised. The result of years of archival research, those names spanned several regions of the world, with 87,000 in Guadeloupe, 74,000 in Martinique, 63,000 on the island of La Réunion in the Indian ocean, and 13,500 in French Guyana. 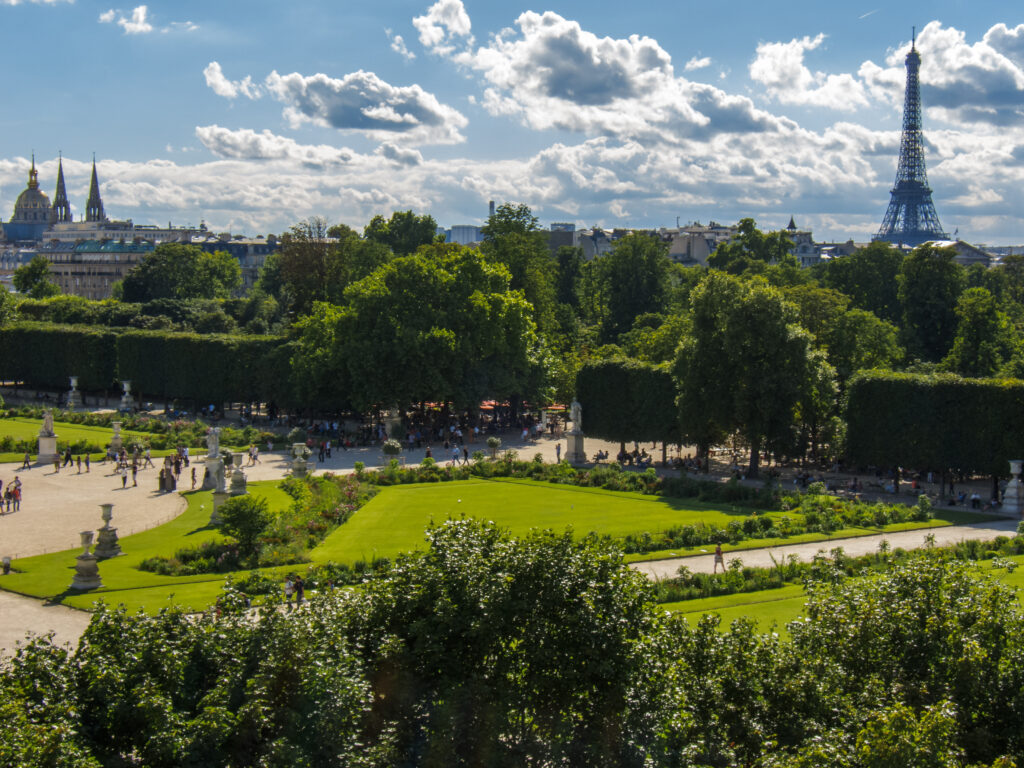 The Jadin des Tuileries at the heart of Paris is the site of the proposed memorial, near the place where the abolition of slavery was signed. Tuileries Gardens and Eiffel Tower, Martin Robson, CC BY-SA 2.0 via Wikimedia Commons.

PROBLEMS WITH COMMEMORATING SLAVERY IN FRANCE

This approach has also elicited criticism: shortlisted Black American artist Adrian Piper judges the concept to be reminiscent of Maya Lin’s evocative Vietnam War Memorial in Washington D.C., designed to reflect the stigma that war veterans suffered from when returning home. She argues that to apply symbols and formal configurations used for soldiers “to slaves who have been trapped, chained, imported, and murdered by countries that enslaved them … would be a travesty.”

Another artist, Guadeloupean Joëlle Ferly, warns of the danger of entrenching in memory names that had been imposed either by slaveholders or French authorities after the abolition. These identities were uprooted from their African context as surnames were often forcibly Christianised. In other instances, names imposed upon emancipation were belittling or sexualised. While Ferly considers the research of the 200,000 names to be valuable, engraving them would forever eradicate the former slaves’ African genealogy and metaphorically transform them into French citizens – a forced assimilation reminiscent of the silence surrounding the history of slavery in France’s national consciousness. The focus of the monument on the 1848 abolition, a moment when politics of oblivion were promoted by the French Republic, also circumvents questions of responsibility and reparation, and erases France’s conflictual history of revolution, republicanism, and slavery. 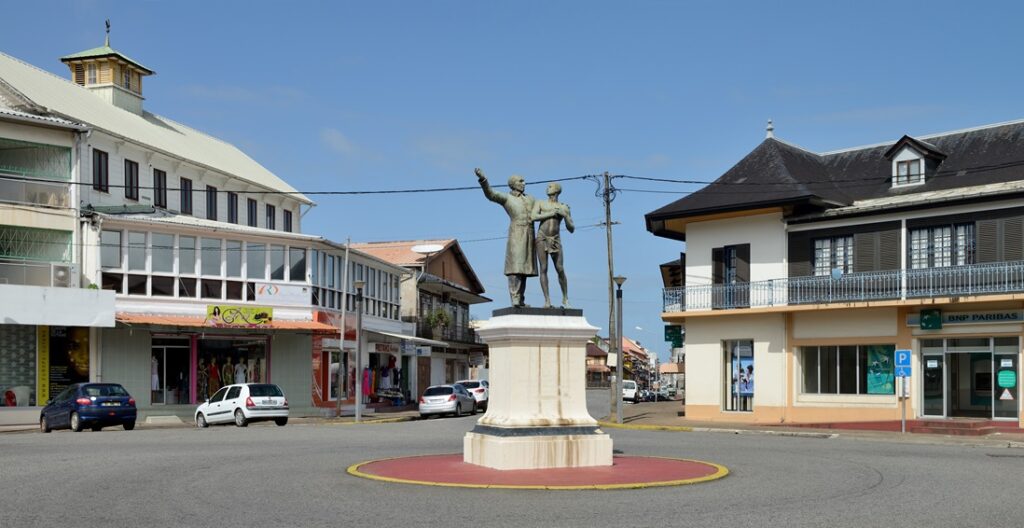 The slave trade was first introduced to the French Caribbean in 1626, a practice that was strictly codified through the Code Noir of 1685 to limit the existing pathways for emancipation and curtail the social mixing between free French colonists and enslaved Africans. A century later, France was ablaze with the Revolution, which proclaimed the ‘Rights of Man and of the Citizen’ in 1789. That revolutionary proclamation did not have ripple effects just in Europe – it made more visible than ever the presence of a vast, racist, and structurally unequal colonial empire.

The most potent reaction came from the very profitable sugar colony of Saint Domingue, a tripartite society divided between white and ‘free coloured’ minorities, and a large majority of over half a million enslaved men and women. Faced with the risk of losing the colony to competing European powers, representatives of France granted emancipation to the entire population of the colony, a decision that was ratified and extended to the remainder of the French colonial empire (but not necessarily enacted) in February 1794. This date marked France’s first abolition of slavery, but it is scarcely commemorated. Eight years later, in 1802, the abolition of human bondage was repealed in the name of enlightenment ideals, while Black people were prohibited from residing in continental France.

The undoing of the 1794 abolition was decided by Napoleon Bonaparte, soon to be Napoleon I. In a conservative moment that revoked many of the changes brought by the revolution, the new French leader re-established slavery to keep control over the colony of Saint Domingue, the future free Black Republic of Haiti. Bonaparte’s early years in power are often described as a time of peace that quenched the violence of the revolutionary Terror. However, that peace was not extended to the French colonies – Haiti witnessed some of the most violent years of its liberation struggle when Napoleon came to power.

In the remainder of the French colonial empire, the liberation of those who were enslaved had to wait another 46 years. It must be made clear that the restoration of slavery negated the French citizenship acquired by all Black people living in the French colonial empire through the first abolition. Any focus on abolition in 1794 or 1848, therefore, should also acknowledge the development of a double standard for French citizenship – a status that could be revokable for Black people.

This two-fold citizenry is something that French Caribbean nationals continued to endure long after emancipation ong after emancipation, standardising the difference between metropole and colonies. In public discourse, the return to slavery was used as a threat if freed individuals refused the work conditions that they were offered. The labour regime of the islands remained coercive, with landownership still in the hands of the descendants of the white elite. Reparation, too, remained unequal – white colonists received financial compensation for their economic loss in (human) property, while emancipated West Indians were expected to show indebtedness to the French Republic that had “bought them back [from their owners] all at once.”

The forgetting of the past in gratitude to France’s approval of abolition and the absence of reparations have long-lasting legacies that the memorial seeks to address. How can the acknowledgement of France’s institutionalised role in slavery foster reconciliation in the 21st century? 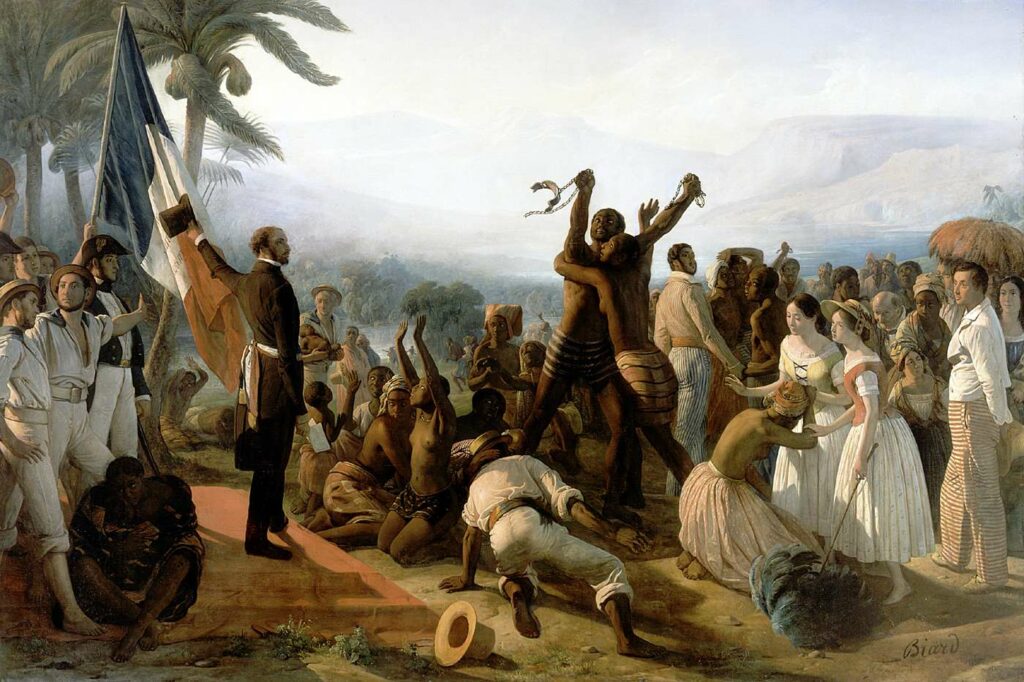 The second abolition of slavery in 1848 glosses over how France is the only country to have re-established slavery in its colonies. François-Auguste Biard, Proclamation of the Abolition of Slavery in the French Colonies, 27 April 1848, 1849 – Public domain, via Wikimedia Commons (also used as header image).

CAN MEMORY BE A SITE FOR REPARATION?

The controversies surrounding the new Tuileries Memorial are a useful signal of the inadequacies shaping the history of slavery and its abolition in the French Empire. There is, first, the enforced silence imposed on the victims and their descendants, officially to facilitate their assimilation as reborn French nationals. There is also the long-lasting unequal status of the French Caribbean and its Black inhabitants, which underpins the structural weaknesses of French Republicanism. These territories only gained equal administrative status as French overseas departments in 1946, in essence marking the enduring presence of the French state in its distant postcolonial domains. Finally, there is the everyday reality of racism in France, which underpins how framing the French national ideal around an essentially metropolitan narrative negates the spoils wrought by France in many parts of the world.

In 2021, commemorating the bicentenary of individuals such as Napoleon for their impact on French history and ignoring how modern France’s rise to world power was built on the back of racial exploitation and colonialism is intellectually dishonest. Yet, in this institutionalisation of silence, can a single memorial fulfil such a role? Ultimately, the debate surrounding the Tuileries Memorial asks us whether, after centuries of forgetfulness, memory can indeed become a site for reparation, and what role remembrance and retelling can play to support restorative justice and reconciliation. 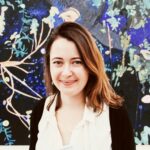 Olivia Durand is a historian of settler colonialism focusing on the United States and Russia in the nineteenth century. Her DPhil at the Centre for Global History of the University of Oxford, focused on the comparative social and cultural history of New Orleans and Odessa. She teaches the Haitian Revolution and the question of slavery in transatlantic discourses at Oxford, and researches case studies of controversial memory sites for the Institute of Historical Justice and Reconciliation’s Constested Histories in Public Spaces project.