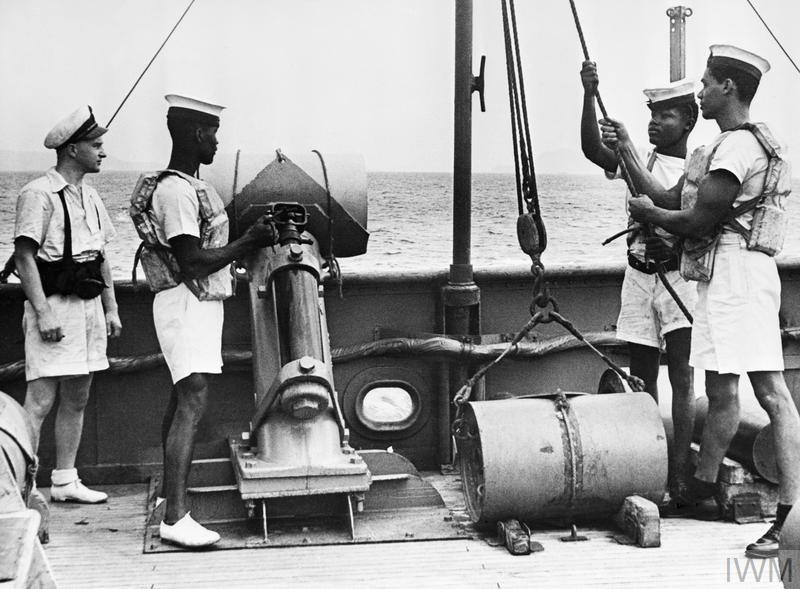 In Which They Also Served: Tracing British Sailors of Colour in the Second World War Royal Navy

Much is still unknown about the experiences of Britons of colour in the wartime British armed services, or of those who wanted to enlist but were unable to put on uniform because of racial discrimination. This is particularly true of the Royal Navy.  In the first post in our new “Writing Race” blog series, Dr Frances Houghton – one of the authors shortlisted for our 2020 Whitfield Book Prize –  introduces her research, and her attempts to find out more.

‘What about Britons who were denied opportunities to serve in the British armed forces because of their ethnic heritage or skin colour during the Second World War? Who were they, and what were their stories and experiences?’

These questions often returned to me throughout 2020’s vivid kaleidoscope of events relating to the 75th anniversary of the end of World War Two. On the one hand, VE Day and VJ Day commemorations paid long-overdue tribute to wartime British domestic and imperial efforts as a multiracial, multi-ethnic enterprise. Yet on the other hand, it was impossible to ignore the fact that these wartime commemorations were also playing out against a wider backdrop in which the murder of George Floyd and the Black Lives Matter movement had sparked intense anti-racist protests during the summer of 2020.

As I have been working on my current investigation of medicine and the Royal Navy (RN) between 1939-1945, I wondered how and where constructions of ‘race’ and the racialised body of the sailor fitted into the medical encounter in the war at sea. Initially, I just wanted to get a sense of scale and find out how many prospective naval patients of colour we might actually be talking about; however, statistical data that records the numerical presence of British naval personnel from the Indian subcontinent and African diaspora in the Navy is notoriously difficult to trace in state records. This is a common challenge in writing the history of sailors of colour in the RN, as others before me have noted. The fact that accurate statistics are vanishingly difficult to find tells its own story about imbalances of race and power in the state archive (and, correspondingly, perhaps, about some of the commemorative silences).

Despite several large bundles of files in the National Archives at Kew, which contained detailed discussions surrounding the lifting of the official ‘colour bar’ in the wartime Navy (October 1939), little information as to how many men of colour actually served in the wartime RN has been retained. Although Naval recruiting offices received instructions in March 1940 to record the ethnicity of candidates who wanted to enlist, it seems probable, as Marika Sherwood has discovered, that these records have been destroyed. We do know that some men of colour from Britain and the colonies, like Allan Wilmot, were accepted for naval service, but the evidence surrounding their presence – their identities, voices, and experiences – remains frustratingly fragmented and anecdotal. As I grappled with the limitations of the Admiralty records, I began to think about how a fresh review of these documents might highlight new and valuable ways in which this archive can be used to explore the operationalisation and lived experiences of the wartime Navy’s enduringly hostile attitude towards racial and ethnic diversity. 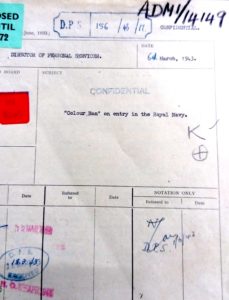 One of the bundle of files which documents the Admiralty’s responses to the ‘Colour Bar’ in the Second World War. Held at The National Archives in Kew, London. © Author

In some ways, the Second World War sped up a long-term shift in race legislation and access to the British military. This began with the British government’s temporary removal of the formal, codified military ‘colour bar’ in October 1939. The change allowed British subjects deemed ‘not of pure European descent’ to enlist and receive commissions in the armed services for the duration of hostilities (although the military ‘colour bar’ was not fully lifted until 1947).

Relaxation of the rules did not go down well with the Admiralty, who objected particularly strenuously. The following instruction from the First Sea Lord Admiral Sir Dudley Pound offers an early example of the Admiralty’s intention to pay only lip service to the new regulations:

“There must be no discrimination on grounds of race or colour. In practice much inconvenience would arise if this theoretical equality had many examples.”

The Admiralty argued that white Britons possessed innate biological, intellectual, and emotional superiority and were thus better equipped to perform efficient naval service. Conflating whiteness with Britishness, the Admiralty also protested that for every ‘non-white’ male who enlisted, a white Briton would be robbed of his inherent national ‘right’ and ‘privilege’ of service in the RN. So when the official ‘colour bar’ was lifted, the Admiralty moved swiftly from a structure of overt de jure racial exclusion to a more oblique and covert system of de facto racist practices in wartime recruiting policy.

Many of the ensuing forms of racism had existed for a long time in the RN and so were not exactly new. But, for the first time, they were enacted under an explicit (if decidedly superficial) ban on racial discrimination in recruitment for the British military. Effectively, the Second World War forced systemic racism in the naval institution deeper underground.

This newly acquired furtiveness became very difficult to challenge and helps explains why British sailors of colour are hard to locate in state records. However, whilst exploring this ongoing covert racial exclusion from the Navy’s war, I also unearthed from the files a handful of fascinating letters received by the Admiralty. Correspondents included colonial subjects of African descent in the British Caribbean and people of African, Indian, and Maltese heritage in Britain. Many had been penned by the mothers or sisters of young men who had been rejected on the grounds of skin colour when they tried to enlist in the Navy. 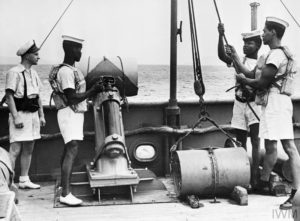 These letters expressed powerful, angry sentiments. One mother was sure her Anglo-Indian son had been rejected for enlistment because of his racial heritage:

‘It puzzles me why the Navy should take this attitude…It is unfair and senseless to condemn any race from sheer prejudice… This doesn’t go to prove British justice’.

A biracial teenager, whose father was a Black West Indian and his mother a white Englishwoman, was rejected by naval recruiters on the grounds that he had an ‘un-English’ appearance. His mother, who had accompanied him, was dismayed and angry:

‘this is all wrong… My boy has been decently educated and is fit and keen, but because of racial prejudice would be handicapped from the start… all my remaining four sons are keen to serve when old enough – but this attitude of the authorities does not encourage us as parents advocating them to do so.’

Regrettably, we don’t have the words of rejected sailors themselves in this archive, but these letters offer some sense – even if second-hand – of the emotional impact of being barred from the Service on individuals and their families. The letters exude sadness and dismay at male relatives’ experiences of racism meted out by the wartime Navy, a sense of hurt which also impinged upon the authors’ own lives. As challenges posed by women to masculine power structures within the male-dominated naval institution, they also offer an intriguing glimpse of domestic anti-racist activity in wartime.

From deep within the Admiralty files, these letters thus challenge wartime Admiralty narratives of ‘racial whiteness’ as the ultimate signifier of ‘Britishness’ and belonging, both in the RN and the nation it served and symbolised. In so doing, they destabilize and decolonise the official naval archive.

So, what next? I want to find out more about the individual experiences of sailors of colour: how and where did wartime concepts of ‘race’ fit into their own constructions of self and experience? To what extent did memories of wartime service include instances of racial discrimination? What were these sailors’ embodied experiences of serving within a largely white naval institution? And where did racially constructed bodies of sailors fit into medical encounters at sea? With these questions in mind, I would love to hear more from other researchers or practitioners working on similar research quests. 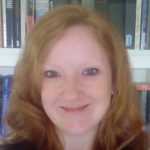 Dr Frances Houghton is a postdoctoral Simon Research Fellow in the University of Manchester’s History Department. She is a social and cultural historian of Britain’s armed forces and the Second World War, and her research interests focus on war and medicine, memory, gender and sexuality, race and ethnicity, and personal testimonies. She has published on military life-writing, memory and commemoration, military masculinity, and captivity during the Second World War, and is the author of The Veterans’ Tale: British Military Memoirs of the Second World War (Cambridge University Press, 2019), which was shortlisted for the RHS’s Whitfield Prize and won the Society for Army Historical Research’s Templer Prize for Best First Book in 2020.