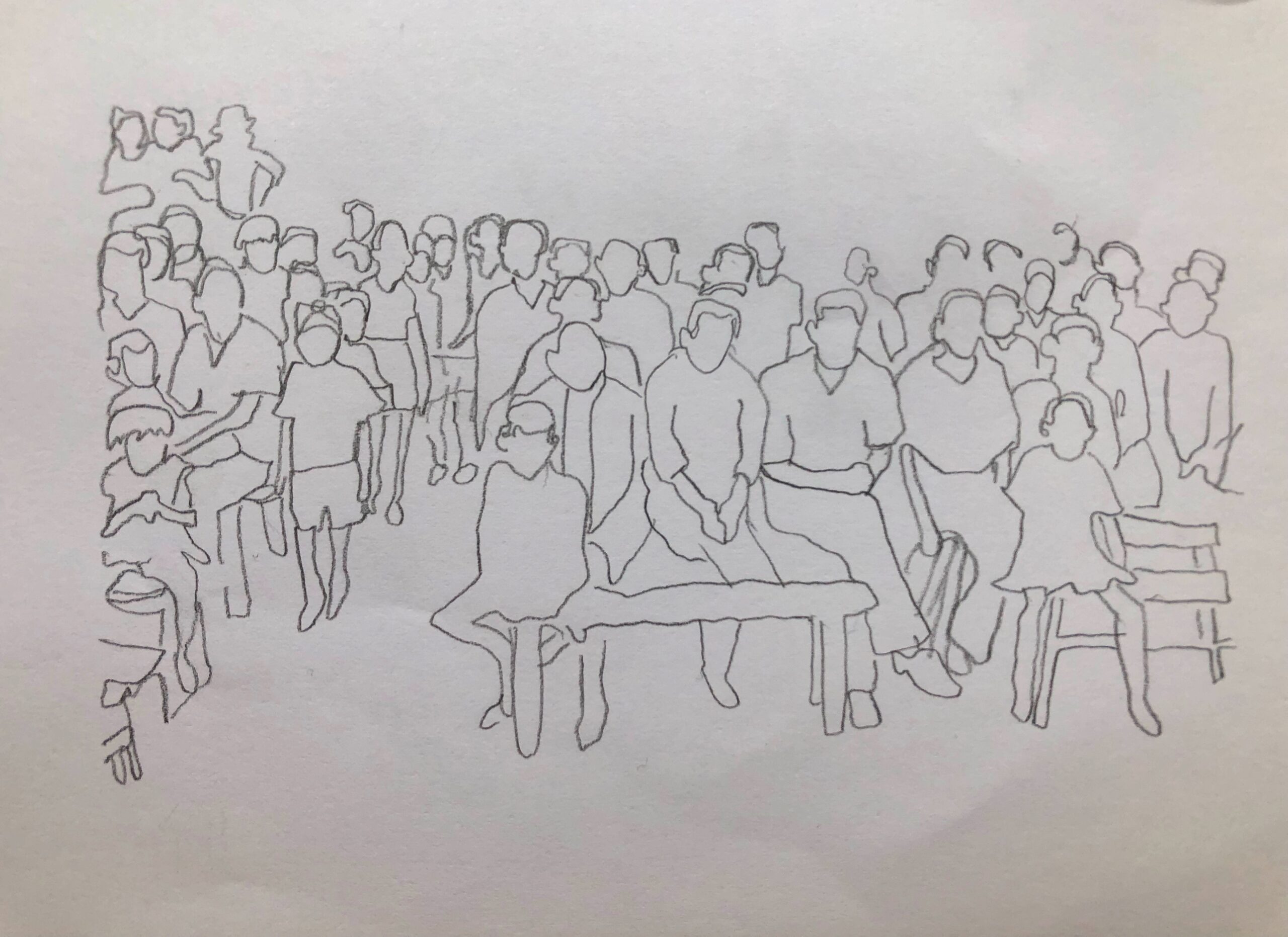 Can we unlearn imperialism in photographic research?

How should historians engage with the source materials that record and communicate empire from the perspective of imperial rule? Are there ways of working with sources that enable researchers to free themselves from the intellectual constraints imposed by historical imagery and its categorisation?

In the next in our ‘Writing Race’ series, Maria Creech explores her methodological approach to ‘unlearning’ imperialism and creating a broader, more encompassing photographic ‘anarchive’.

In her recent book, Potential History: Unlearning Imperialism (2019), the photographic scholar Ariella Aïsha Azoulay proposes that, under conditions of imperial rule, the click of the camera shutter is akin to pulling the trigger of a gun.

On the subject of imperial governance, Azoulay asserts:

It commands what sort of things have to be distanced, bracketed, removed, forgotten, suppressed, ignored, overcome and made irrelevant for the shutter of the camera to function, as well as for a photograph to be taken and its meaning accepted.

Azoulay’s theoretical tour-de-force takes as its starting point the complicity of photographs with systems of imperial power and violence. Her study is rich in thoughtful provocations, where she imagines what it might look like for museum workers, photographers, historians and others to unlearn imperialist modes of practice through acts of refusal and resistance.

An example of a photograph from the Imperial War Museum collection. What has been ‘made irrelevant’ for the shutter of the camera to function here? (© IWM D 88057)

When I began my PhD research in October 2020, Azoulay’s writing was central to my thinking as I approached the vast photographic archive of the Imperial War Museum. My task then was to ‘diversify and decolonise’ photographs taken during conflict through critical engagement with accompanying textual elements, such as image captions and object descriptions. As a white researcher who does not speak the native languages of the culture I’m studying, I soon departed from the contentious vernacular of ‘diversity’ and ‘decolonisation’. At the same time, I became increasingly aware of a series of unfolding ethical questions that were embedded in the core of my project: questions that could not be accounted for simply with corrective terminology.

Some of these questions hinged around the replication of the colonial gaze. Others alluded more specifically to the challenge of using imperial photographic archives as sources for the critical (re)interpretation of histories of empire and conflict. In this contribution to the RHS’s ‘Writing Race’ series, I’ll explore these ethical questions in more detail, and share some of the methods I’m turning to in response.

How do I position myself as a researcher?

From the outset, I set about familiarising myself with a range of contemporary writing on race and identity alongside the postcolonial literature that informs my methodology. Key touch points were Renni Eddo-Lodge’s Why I’m No Longer Talking to White People about Race (2018) and Robin DiAngelo’s White Fragility (2019). In discussion with my supervisors, we agreed that short, reflective pieces of writing – that we might borrow from anthropological discourse and call ‘personal positioning statements’ – would be a constructive way of mapping out my relationship to the research topic and to the material as the project develops.

Here’s an extract from a statement I produced in October 2020:

As someone raised between English and Polish communities, my dual heritage has always formed a large part of my identity. I was raised in a multicultural town, where cultural difference felt like something to be celebrated and while I was aware of racial prejudice and discrimination, I think my feeling of solidarity with those with different cultural backgrounds made me immune to engaging with the ways I benefitted from my whiteness.

These journaling exercises have been extremely useful in helping me locate my own ‘blind spots’ and those of the institutions in which I am situated. They also provide an outlet for exploring the emotional day-to-day impact of working with violent histories and encountering challenging visual material – a subject I’ll touch on later.

Should sensitive photographs be reproduced?

Sometimes, the decision not to reproduce a photograph is self-evident. Susan A. Crane and others have put forward persuasive arguments in favour of withholding images of Nazi atrocity. Similar arguments can be applied to photographs depicting acts of colonial atrocity, particularly where the form of racialised violence being performed is explicit. Decisions around reproduction become fuzzier as dynamics of power and violence become more coded, as is often the case with photographs produced by authorities under conditions of colonial rule.

Does a different ethics of care exist around photographs where the forms of dehumanisation and racialised violence are more subtle? In the imperial archive, this can manifest in what is implied, rather than explicitly depicted. It also arises in the loaded terminology attached to photographs, in the form of captions and annotations. These descriptions, moreover, are ones that researchers and archive professionals tend to repeat and reinforce, placing terminology in quotation marks as if this negates its potential harm.

In Potential History (2019), Ariella Aïsha Azoulay suggests that researchers equip themselves with an unorthodox toolkit – one made up of pencils and scissors – rather than directly reproducing photographs taken under duress. I’ve thought a lot about what impressionistic renderings can do to mitigate the potential harm of my own work in the colonial photographic archive. Much of the material I encounter promotes white supremacy and saviourism, such as this example taken during an election held in a ‘New Village’ camp in British Malaya in 1952 (© IWM 13785).

By tracing photographs, their content can be communicated while preserving the identities of those depicted. This is a methodology I’m returning to more and more as I consider how to discuss highly sensitive, upsetting imagery, such as that contained in military photographs where the heads of enemy captives are exhibited as ‘trophies’.

I wonder if Azoulay’s technique could be adapted for dealing with racist language contained in photographic captions. Beyond quotation marks and content warnings, all that comes to mind is omitting certain terminology unless its inclusion is absolutely necessary. In Wayward Lives, Beautiful Experiments (2019), the historian Saidiya Hartman examines with compassion and care the potential of captions to either confine or liberate photographic subjects from their frame. Faced with a photograph of a ten-year-old girl posed on a horsehair sofa, which she describes as a ‘compelled image’, Hartman asks:

Was it possible to annotate the image? To make my words into a shield that might protect her, a barricade to deflect the gaze and cloak what had been exposed?

Taking Hartman’s call seriously means letting go of our faithful attachment to original captions and historical timelines — the structures that fix photographs in time and space — and instead exploring their contingency, which brings me to my final point of reflection.

What is the photographic ‘anarchive’?

How might we go about recuperating what (to quote Azoulay) has been ‘distanced, bracketed, removed, forgotten, suppressed, ignored, overcome and made irrelevant’ by the ‘imperial shutter’? In Absent the Archive: Cultural Traces of a Massacre in Paris, 17 October 1961 (2020), Lia Brozgal proposes that the ‘anarchive’ can function as an alternative to state archives, which are vulnerable to corruption in the form of governmental silences, biased scholarly attention and inaccessibility, and can cause events to disappear from ‘official’ memory. Brozgal’s ‘anarchive’, by contrast, contains a range of cultural forms through which memory can be ‘smuggled’, including novels, films, poetry, songs, as well as visual and performance art.

I’ve found the notion of a ‘photographic anarchive’ extremely useful as a framework to access experiences and critical voices that are not represented in the state-generated photographic collections I’m studying. I became acquainted with the work of the contemporary photographer, Sim Chi Yin, whose practice explores the afterlives of the Malayan ‘Emergency’, mediating on themes of intergenerational trauma, loss, survival and institutional erasure. Bringing contemporary forms of visual art and literature into conversation with the historical photographs at the heart of my project highlights continuities between the past and the present. It’s enabling me to engage more deeply with the enduring forms of colonial violence contained in my source material. 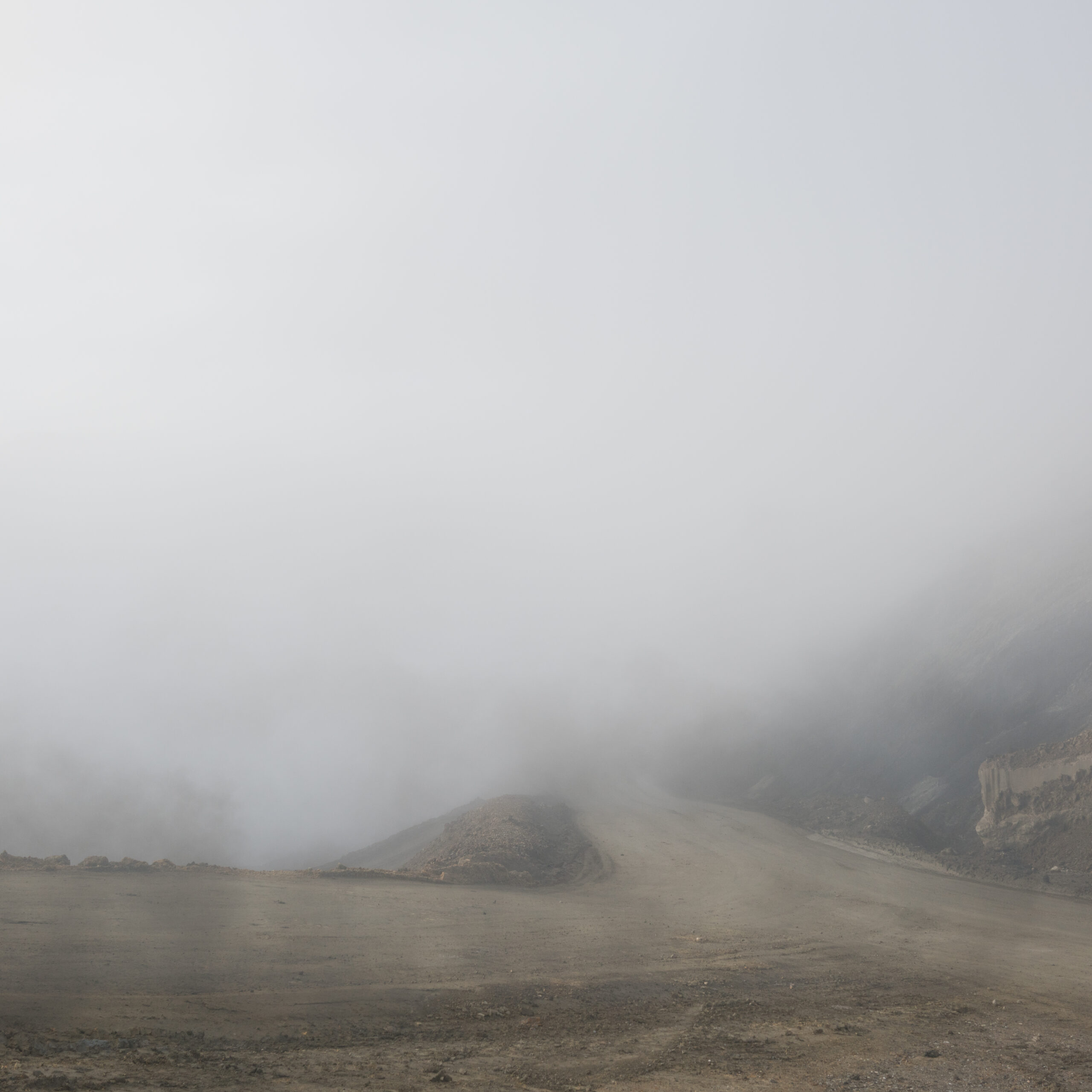 Through these different ways of interacting with photographs, the day-to-day work of photographic research becomes less a definitive pointing at things and much more a hesitant sketching around their edges. In this spirit, the ethical dimensions of this research remain unresolved: to be traced, examined, re-examined and woven into the fabric of everything I do. 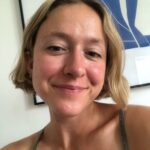 is a second-year PhD candidate at Cardiff University’s School of Journalism, Media and Culture as part of an AHRC funded Collaborative Doctoral Partnership with Imperial War Museums.

Her research seeks to engage critically with the language used to describe and contextualise photographs produced around British and Dutch colonial counterinsurgency campaigns in South East Asia during the postwar period (1945-60). She is co-founder of the Network for Developing Photographic Research (NDPR), which provides a platform for PGRs & ECRs working in any area related to photography.