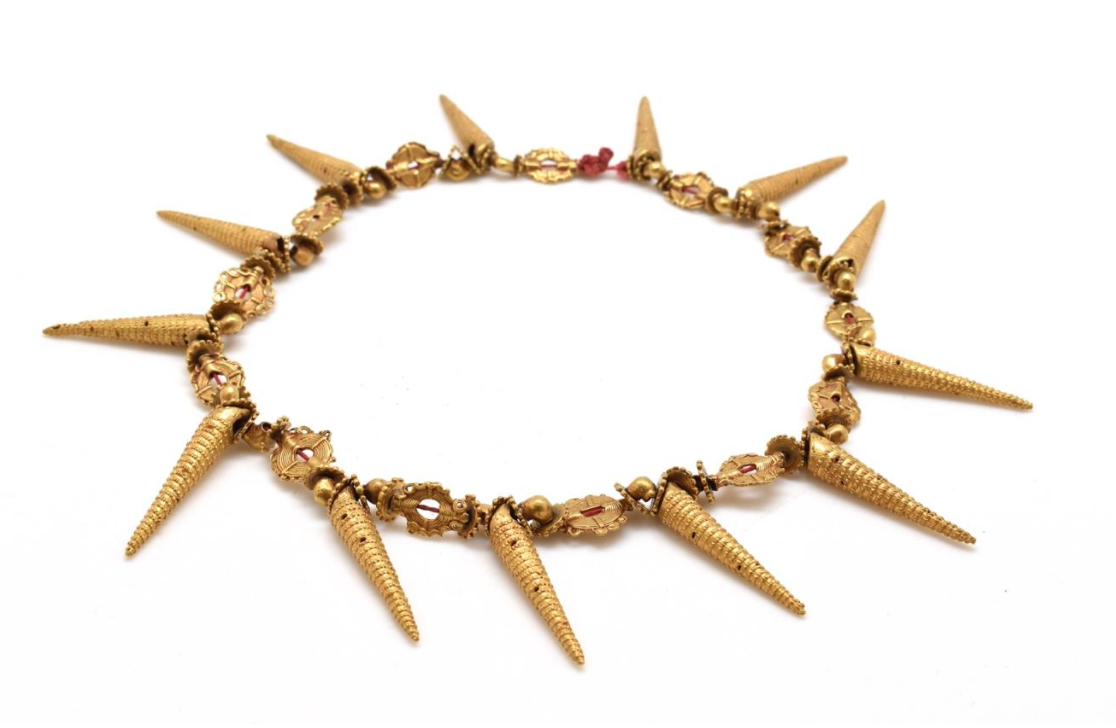 Objects of Sovereignty: Thinking through Restitution

There are currently many thousands of artefacts held in UK museums and other public collections. Devolving Restitution is a series of six workshops to explore the histories of African artefacts in local museums and heritage institutions, and to discuss their restitution.

Wednesday 23 February sees the next in the series, Objects of Sovereignty, which addresses the provenances and restitution of African collections at the Museum of Archaeology and Anthropology, Cambridge. In this session, the Museum opens the collections it cares for from across Africa, exploring possibilities for repositioning, re-presentation and return.

Here, two participants in the workshop — Stanley Jachike Onyemechalu and Sarah Scheyerle — explore the histories, presentation and value of selected Objects of Sovereignty in the Museum’s current collection.

This is the third post in a new series of ‘Writing Race’ from the RHS: you can read more about this Second Series and all 15 articles in Series One and Two (2021-22) published so far.

The Ikenga of Igboland

I was delighted to be invited by the University of Cambridge’s Museum of Archaeology and Anthropology (MAA), in partnership with other institutional museums in the UK, to reflect on their collections, exhibitions and donors via the ‘Devolving Restitution Project’. Here, I saw an opportunity to add my voice to the ongoing calls for the decolonisation of the museum-heritage space.

The ‘Objects of Sovereignty’ theme for the Cambridge workshop is very instructive. Whereas individual sovereignty denotes the power to live, to aspire and to become, institutionalised sovereignty is the power to decide who can become and who cannot. Hence, ‘Objects (preferably, ‘belongings’) of Sovereignty’ simply refer to those cultural belongings of communities that hold limitless cultural, cosmological, existential and territorial significance and cannot be sold, gifted or parted with. Being from Igboland in south-eastern Nigeria, I chose to reflect on the Ikenga figures in the Museum’s collection. 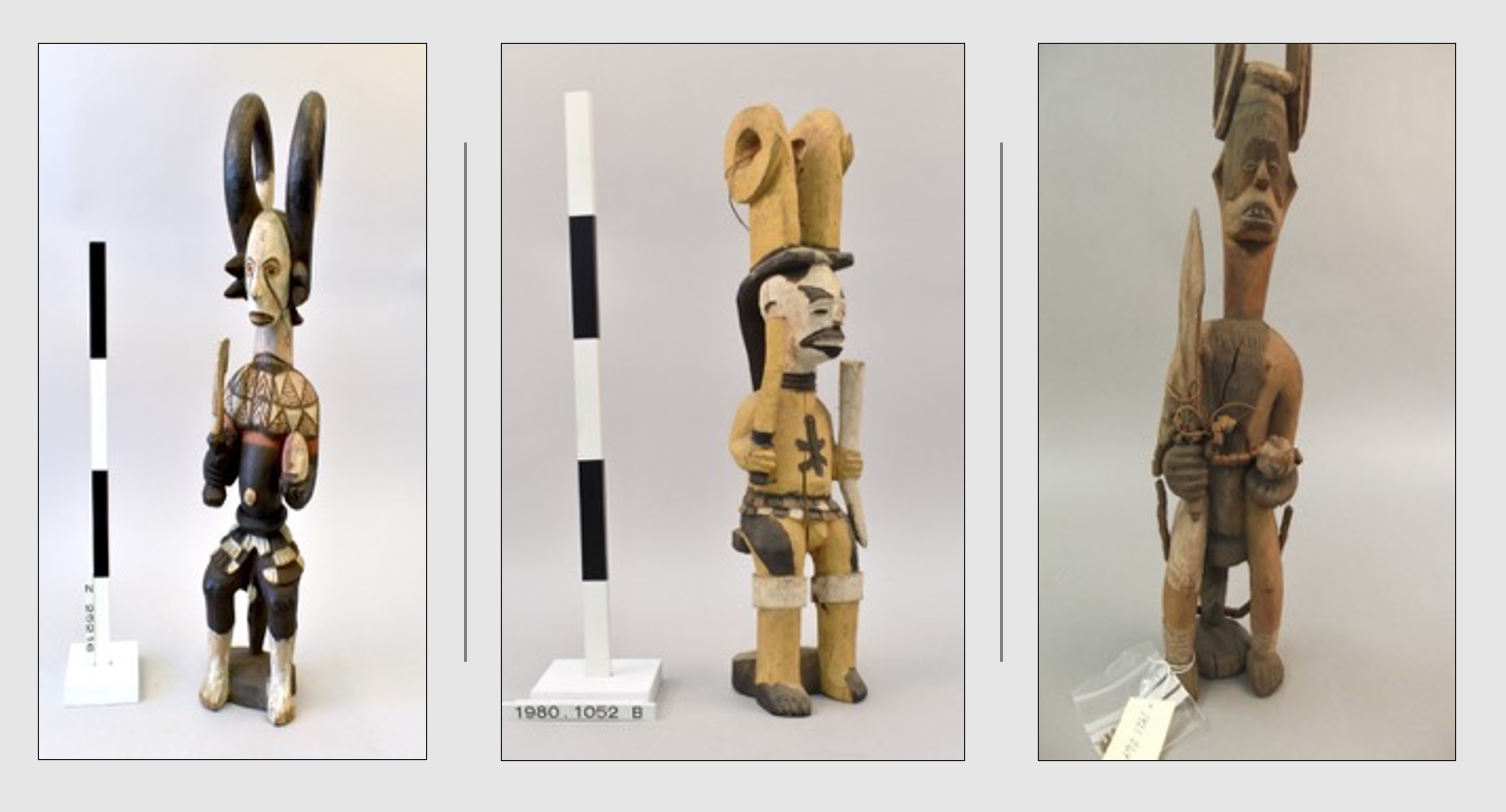 In Igbo cosmology, the Ikenga represents both individual and institutionalised sovereignty. A compound of Igbo words, “Ike” (power) and “nga” (poise), the Ikenga is generally thought of as a symbol of adventurism, stubborn courage, entrepreneurship and resilience. It is a repository of spiritual and cultural meaning for the Igbo, connecting the holder to their ancestors or creator.

A typical Ikenga figure looks like a human with two ram-like horns holding a machete in the right hand and a human head / pot / calabash in the left hand. The style and shape of the Ikenga can vary across Igbo communities. It may be an animal or human face with scars and two horns on its head, and it may be sitting or standing. The most significant features of the Ikenga are its horns and machete. These are said to be emblematic of the daredevil nature and the dogged desire of the Igbo to achieve greatness and surmount all obstacles. The Ikenga can be owned individually or communally, as a family or community. In cases of individual ownership, the individual is usually buried with the Ikenga when they die. However, where the Ikenga is communally owned, the ownership is transferred from one generation to another.

The Ikenga dignifies the individual, their family or community … So, why would anyone give away their Ikenga – especially to a stranger?

The Ikenga dignifies the individual, their family or community and it speaks to their world views and aspirations. It symbolises the inalienable rights of the holder(s) to be and to become. So, why would anyone give away their Ikenga – especially to a stranger? How did such an ‘object of sovereignty’ end up in the Museum of Archaeology and Anthropology, 7000 kilometres from Igboland, Nigeria? Could it have been ‘gifted’ to Thomas Northcote – a British colonial anthropologist commissioned to work in parts of Sierra-Leone and Nigeria? If so, what do we know about the power dynamics that may have informed such ‘gifts’ in colonial times? How is the Ikenga (re)presented in the Museum? And does this matter?

The upcoming ‘Devolving Restitution’ session by the MAA has been designed to tackle these questions. It may not provide all the answers, but it is important to begin the conversation. In ‘decolonising’ the museum, we must take care not to exclude source communities or deny them agency. This should be a co-creative, collaborative process with community involvement from start to finish. 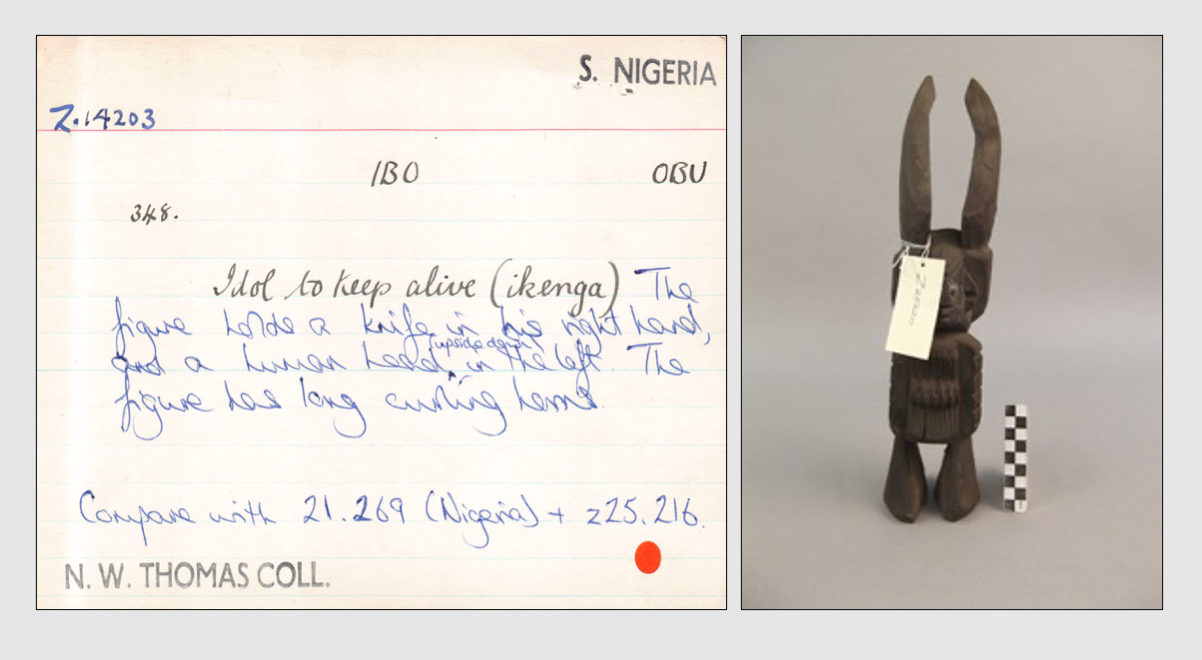 A catalogue card and the corresponding Ikenga figure, © Museum of Archaeology and Anthropology at Cambridge. Reproduced with permission. 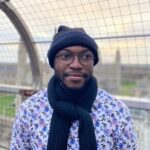 Stanley Jachike Onyemechalu is a Gates Cambridge Scholar, studying his PhD in Archaeology at King’s College, University of Cambridge. His research uses the ‘Biafra war’ and the cultural heritage of the Igbo people to explore the complex relationship between heritage and the legacies of violent conflicts.

Stanley is from Anambra state in Nigeria. He is the current Book Reviews Editor for the Archaeological Review from Cambridge (ARC) and has a Lectureship in Archaeology and Heritage Studies with the University of Nigeria.

Embodied sovereignty of women and girls: a study of two photographs

In my contribution to this Writing Race post, I focus on two photographs which were taken by the British anthropologist Northcote Thomas (1868-1936), who arrived in Benin City in 1909, just twelve years after the British forces plundered and set fire to the city. Thomas’s photos provide an insight into how repression and discrimination based on gender has prevailed in Benin since colonisation. 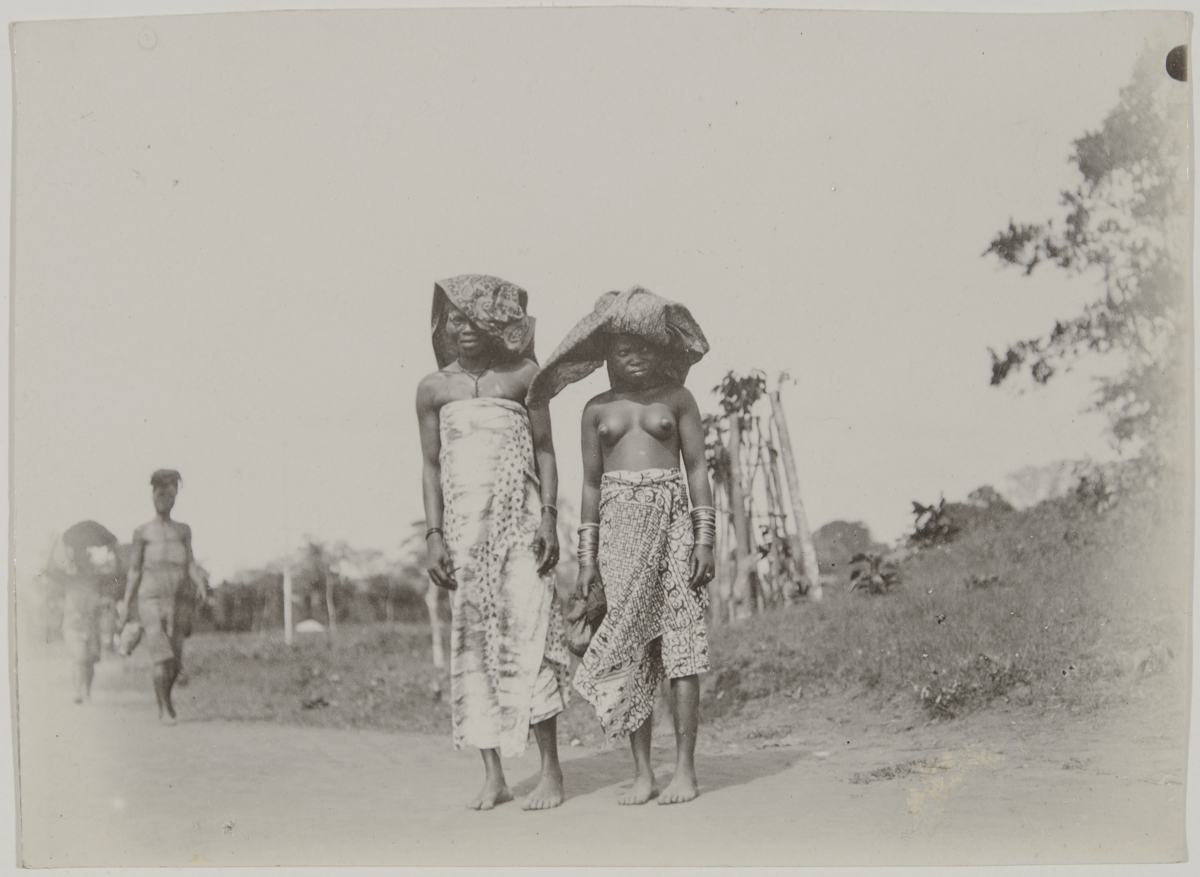 Before colonisation, Benin women could be in others’ presence without feeling obliged to ‘cover up’ their breasts, as these photographs housed at the Cambridge Museum of Archaeology and Anthropology show. Women’s breasts were not seen as body parts that needed to be hidden, or as necessarily existing for the sexual service of men.

Though colonial authorities could not part Benin women from their bodies without killing them, they sought nevertheless to alienate them from their bodies. They introduced a moral and legal standard of covering, which categorised women’s bodies as scandalous and shameful. Women’s bodies must be covered, while no such limitation was placed on men.

I believe that current sensibilities regarding women’s bodies are grounded in dangerous transnational sexual stereotypes. These are used to repress women’s right to choose how to live and act comfortably within their bodies. I am interested in what these pictures show about the history and agency of Benin women, and women more widely, that has been widely forgotten, yet can be reclaimed. 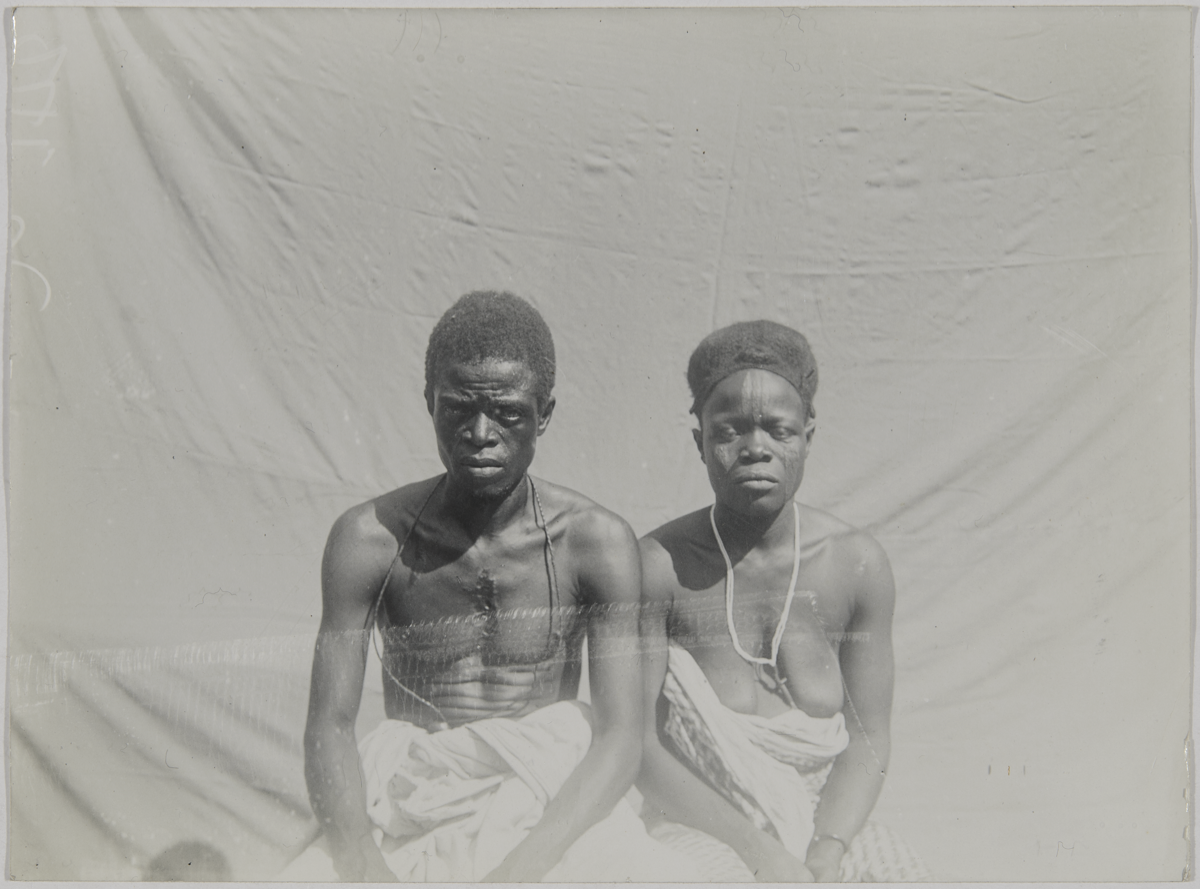 Benin women were not as docile or powerless as contemporary literature tends to portray. The most serious threat to the political and economic sovereignty of women in Nigeria occurred during the 20th century, when patriarchy combined with colonial changes. As male chiefs collaborated with the British colonial administration, the position of female chiefs declined. When the economy became increasingly geared toward cash crops for export, women were marginalised. Western-style education also largely excluded women from many wage-labour occupations introduced by colonialism.

If we bring attention [to] pre-colonial Benin culture and gender relations, these images can help us to deconstruct racist and sexist narratives that paint Benin women as ‘backward’ or naturally powerless.

Northcote Thomas’s photographic collections link to existing political, economic and personal repression brought about by colonialism. Is it socially responsible of museums to permit collections to be exhibited and translated through such a racist and sexist paradigm? Given no context, visitors may rely solely on these prevalent frameworks for their understanding of such images. If, instead, we bring to their attention pre-colonial Benin culture and gender relations, these images can help us to deconstruct racist and sexist narratives that paint Benin women as ‘backward’ or naturally powerless.

I believe that collection origins and circumstances should also be exposed by museums. This allows visitors to consider the economic, cultural and social contexts in which museums, like the Museum of Archaeology and Anthropology at Cambridge, are entwined. Furthermore, source communities should be aware of how museums engage with their heritage, and should have access to their histories of collections.

With better understanding of the origin of objects and their journeys, visitors are able to engage with them more deeply — locating them in historical context, and exploring the part such objects could play in the future. The way that certain museums have attempted to shut down attempts by communities to reclaim their heritage should be made public, for example via plaques that show this interaction. Plaques and titles could also encourage observers to research legacies of empire and colonialism further. We can look to the past for lessons on how gender relations today could be made less discriminatory.

I also feel strongly that museums should consider how translations describing objects have meaning for source communities, as well as for non-indigenous audiences. The inclusion of phonetic spellings for indigenous terms could encourage wider engagement. With language, it’s also important to consider conceptual differences, by foregrounding what might be lost or discarded in the process of translation and representation.

Northcote Thomas’s photographs demonstrate the personal and political sovereignty that Benin women had prior to colonisation. By examining the lives of their forebears, Benin women today – and women across the world – may reclaim a less discriminatory code of conduct regarding clothing and their bodies. 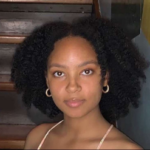 Sarah Scheyerle is an undergraduate student of Human, Social and Political Sciences at the University of Cambridge. She is from Benin City and Germany, and has grown up in England. Being a woman of mixed heritage and having a keen eye for social and political interactions and exchanges, Sarah was drawn to the ‘Devolving Restitution’ project. She believes that it is in our power to create a more equitable social world.

The next ‘Devolving Restitution, session, held at the Museum of Archaeology and Anthropology at Cambridge, takes place on Wednesday 23 February 2022.

HEADER IMAGE: Gold necklace looted from the treasure house of the Asantehene in Kumasi, Ghana and purchased at a Prize Sale of looted artefacts in London. It is made of thirteen gold pendants of conical lutinella shells, twenty-five v-shaped gold beads and sixty ornate gold discs, strung on a length of red cotton. 18cm x 19 cm. Purchased by Miss Mabel Taylor, donated by Mrs Helen Taylor. MAA 1918.83.