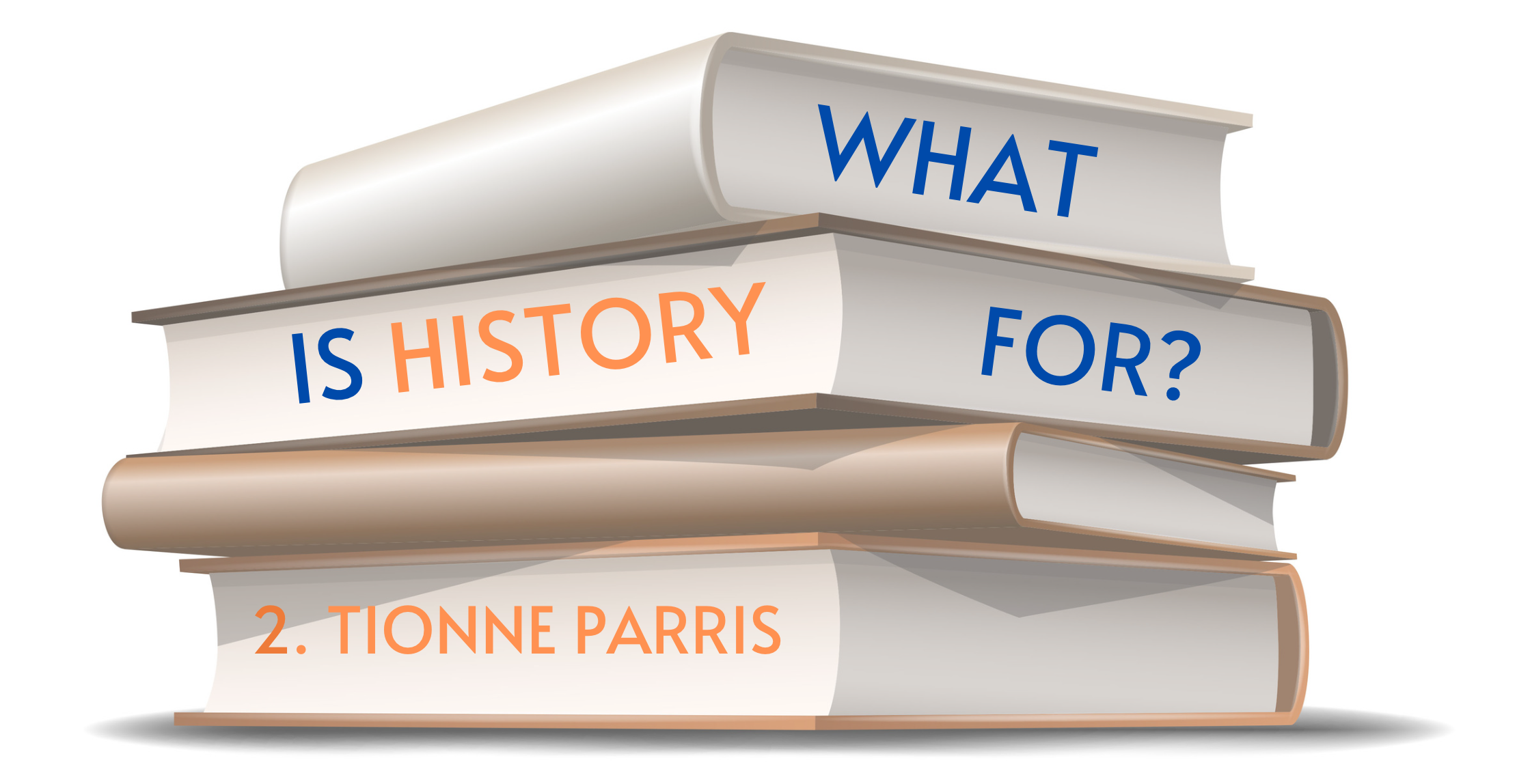 What is History For? 2: activism and historical imagination

In this second post in the ‘What is History For?’ series, Tionne Parris considers the examples set by mid-20th-century Black radical women in their struggle for change. How might historical study of their engagement with, and framing of, activism shape approaches to our present-day climate emergency?

A version of this post was first presented at the What is History For? conference at the University of Birmingham, held on 12 May 2022. Click here for more articles in the series.

What can we learn from the histories of mid-20th-century Black radicalism to inform approaches to climate activism in the 2020s?

This is the question that came to mind when I was invited to speak about my research at the University of Birmingham’s recent ‘What is History For?’ conference. Initially I wasn’t sure how to approach this topic. My work looks at US Black Communist women and Black radicals from 1930 to 1972, highlighting the activism of women such as Claudia Jones, Eslanda Goode Robeson and Shirley Graham Du Bois. I explore these women’s use of Communist ideology in their activism and its impact on the Black Power Movement.

The women I study did not talk about climate change; and while the US environmental movement has its own long history, climate did not register in their already extensive list of mid-century world problems. But there are still connections and common themes to be explored: themes that link, and might inform, mid-century Black radicalism with activist approaches to our contemporary climate emergency, For the women I study, colonialism, racism, resource scarcity and wealth redistribution were urgent, of concern and interconnected; and they’ve become ever more resonant and relevant for today’s appreciation of a global environmental crisis.

By referring to work of these women and, perhaps more importantly, their radical imaginations, we might consider what they would propose to confront the threats we face. Drawing on their radicalism, we can reflect on the terms by which we should address climate change. What changes do we currently seek? We can assert that we’re similarly anti-imperialist, anti-colonialist and anti-racist; but how do we bring these stances and ideas into a practical, replicable movement?

When thinking about current discourses on ‘climate coloniality’, we must keep in mind the speech by Mia Mottley, prime minister of Barbados, delivered at COPP26 in November 2021. Mottley reprimanded delegates for their inaction on the climate crisis:

We do not want that dreaded death sentence, and we have come here today to say, ‘Try harder’.

Mottley spoke of the growing disenchantment that is decades, if not centuries in the making, among the people from the former colonies of the British empire. So, with Mottley in mind, I turned to the work of another Caribbean woman: Claudia Jones (1915-1964). Born in Trinidad, Jones was moved to the US as a child. From the 1930s she rose through the ranks of the Communist Party USA (CPUSA) in which she became a leading figure for her public speaking and for essays such as ‘An End to the Neglect of the Problems of the Negro Woman!’, published in 1949. Arrested and imprisoned on four occasions during the Red Scare, Jones was deported to Britain in 1955. Here she continued her activism, joining the Communist Party of Great Britain.

In a recent article, the historian Denise Lynn notes that ‘as a colonial citizen of the British Empire, Jones integrated her anti-colonialism with Marxism and become an important voice in the Party against imperialism.’ [1] Jones herself wrote that:

Imperialism is the root cause of racialism. It is the ideology which upholds colonial rule and exploitation. It preaches the ‘superiority’ of the white race whose ‘destiny’ it is to rule over those with coloured skins, and to treat them with contempt.  [2]

When we think back to who dominates the conversations about climate change and how to solve it, Jones’s words are evergreen: it is not the Black, brown and indigenous communities who are at the forefront of discussions today. As such, Mia Mottley’s critiques at COP 26 engage with this problem in our time. More than seventy years earlier, Jones was part of a network of international and transnational activists who collaborated at conferences and congresses. It was, she wrote:

in the group meetings and the women’s panel where I spoke and attended with delegates from France, Indonesia, the People’s Republic of China, Belgium, Hawaii, the United States and Korea, that one saw the torrent for peace which issues forth from the mothers, wives and sisters of Japan.  [3]

These internationalist perspectives are one of the keys to tackling climate coloniality, or the decolonisation of discourse around multiple climate crises. This global problem relies on a global solution: one that’s in conversation with as many communities as possible; not one that excludes large swathes of populations who are most directly affected.

There’s another woman I study whose example stands out when we confront the multiple problems integral to contemporary climate crisis. Eslanda Goode Robeson (1895-1965), wife of Paul Robeson, was activist in her own right. Like Claudia Jones, she advocated open dialogue with as many people as possible. Robeson made friendships with notable anti-colonial campaigners, including Kwame Nkrumah, Jomo Kenyatta and Cheddi and Janet Jagan. In her first publication, African Journey (1945), she wrote that the colonised masses ‘have not built any walls to limit our world. Walls have been built against us, but we are always fighting to tear them down, and in the fighting, we grow, we find new strength, new scope.’ [4]

Again, to effectively engage with the problems of climate change, we must remove the barriers that exclude many communities from events like COP26, where decisions that affect millions are being made. In the opinion of Mia Mottley: ‘Our world, my friends, stands at a fork in the road – one no less significant than when the United Nations was formed in 1945.’ Eslanda Goode Robeson was present at the formation of the UN in 1945 and covered ongoing events in outlets like the New World Review. She was openly critical of (what we would now call) diversity initiatives, especially the role of UN delegate Edith Sampson – an African American woman who represented the United States. As Robeson wrote in the Harlem-based newspaper, Freedom, in 1950:

Here’s another Edith Sampson gem: ‘I would rather be a Negro in America than a citizen in any other land’. Well, maybe Edith can pick and choose her land to be a citizen in, but most Negroes cannot. We’re stuck with this one, and so we are fighting to make it reasonably safe for our life, liberty and pursuit of happiness. A little help from Mrs Sampson would certainly be appreciated. [5]

Here, Robeson critiques the idea of diversity that exists only for the sake of appearing progressive. She goes on to argue that Edith Sampson downplayed the severity of American racism and, in doing so, only helped to maintain oppression in America. Robeson believed Sampson had an opportunity, and a responsibility, to push the debate further; however, she remained disappointed in Sampson’s limited efforts to do so. In our own neo-liberal environment, we see the same stagnation. It is not enough to diversify the range of people on a stage, instead we must commit to decolonise our perspectives. As the US environmental scholar, Farhana Sultana, has recently argued:

to decolonise climate at a basic level means to integrate more decolonial, anti-colonial, feminist, anti-racist, and anti-capitalist critiques and struggles into mainstream climate discourses … decolonising necessitates the critical interrogations of the complexities of empire, imperialism and capitalism, and how to decentre and dismantle them. [6]

I close this post with a brief analysis of my third candidate: Shirley Graham Du Bois (1897-1977), who was part of the same radical network as Jones and Robeson. In 1970, Shirley Graham Du Bois spoke to an audience at UCLA. After almost a decade of travelling and living in various countries in Africa, she had returned to the United States during the Black Power Movement. Reflecting on her activism, and the lessons she’d learned, she sought to pass on her wisdom to the Movement’s young activists. In a discussion of post-war attempts to decolonise Africa, Du Bois posed the following question:

how sensible was it to stand up and proclaim our intentions to the world of imperialist, colonialist, neo-colonialist plunderers and thieves, when we did not have the power to rebuild Africa in our modern world? We boasted at that conference of an independent United Africa, a strong, bountiful Africa.

We got up there and told all of our plans, and before the ink on the charter was dry, the enemies of Africa had united to bring us down. .. Had my generation learned so much that we thought we would liberate Africa by cooperating with the age-old exploiters of that continent? [7]

Though Du Bois’s disappointment in this speech is palpable, we can learn from her experience. Firstly, her words speak to the problem posed today when major banks, corporations and political elites are able to make decisions in their own interests. Again, we return to the question of how best to redistribute power. Does it, as Du Bois’s example suggests, make sense to kindly ask those who hold power, to consider reform? To consider sharing some power?

As an early career historian-in-training, I have very few answers to the many questions posed here. However, I do argue that by studying radical history — and in the case of my own research feminist Black radicalism — we may seek to formulate bolder strategies for our present time. We can learn from the works and personalities of women like Claudia Jones, Eslanda Goode Robeson and Shirley Graham Du Bois. These were not women who asked for permission to be, say or do anything they liked. They stood up against the status quo, and while they were not always successful their archives provide us with opportunities to reflect on the tone and form of — and, most important, the participants in — current debates on limiting climate change.

This also rings true for the works of other radicals. I therefore urge you to reflect on works like How Europe Underdeveloped Africa (1972), by the Guyanese historian and activist Walter Rodney (1942-1980).

Beginning with ourselves, beginning where we are, what must we tear down, what must we build up, what foundations must we lay? Who shall we work with, what visions can we create, what hopes shall possess us? How shall we organize? How shall we be related to those who raise the same questions in South Africa, in El Salvadore, in Guyana? How shall we communicate with others the urgency of our time? How shall we envision and work for the revolutionary transformation of our own country? [11]

While the enormity of the global climate emergency and climate injustice is hugely daunting, we can draw inspiration and, yes, hope, from people like the radical women of my study. By revisiting the past, as well as the bold strategies and imaginations of our predecessors, we can find some answers to the problems of today. This, in my estimation, is what history is for.

[2] Claudia Jones quoted in Zifeng Liu, ‘Decolonization is not a dinner party’ 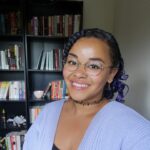 Tionne Parris is a PhD student in History the University of Hertfordshire. Her research concerns the ideological connections between Black Radical Women of the early 20th Century and the Black Power Movement of the latter half of the 20th century. She is interested in the transfer of tactics and ideology, as well as the interpersonal and intergenerational exchanges between actors. Tionne is also a Project Co-ordinator for the Young Historians Project.

A version of this article was presented in the ‘Race and Colonialism in an Age of Climate Crisis’  panel of the What is History For? conference at the University of Birmingham, 12 May 2022 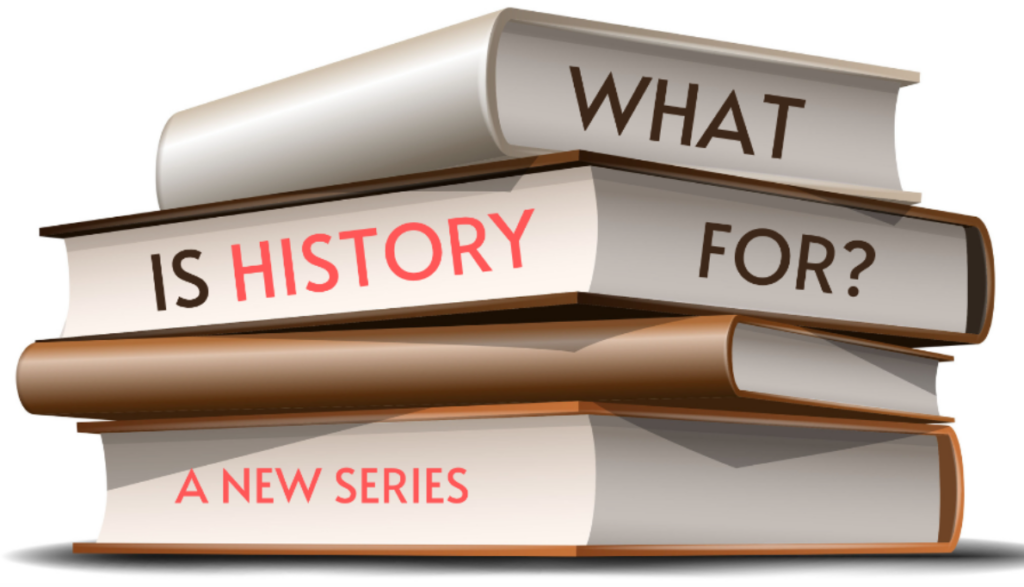 For further contributions to this short series of posts see What is History For?