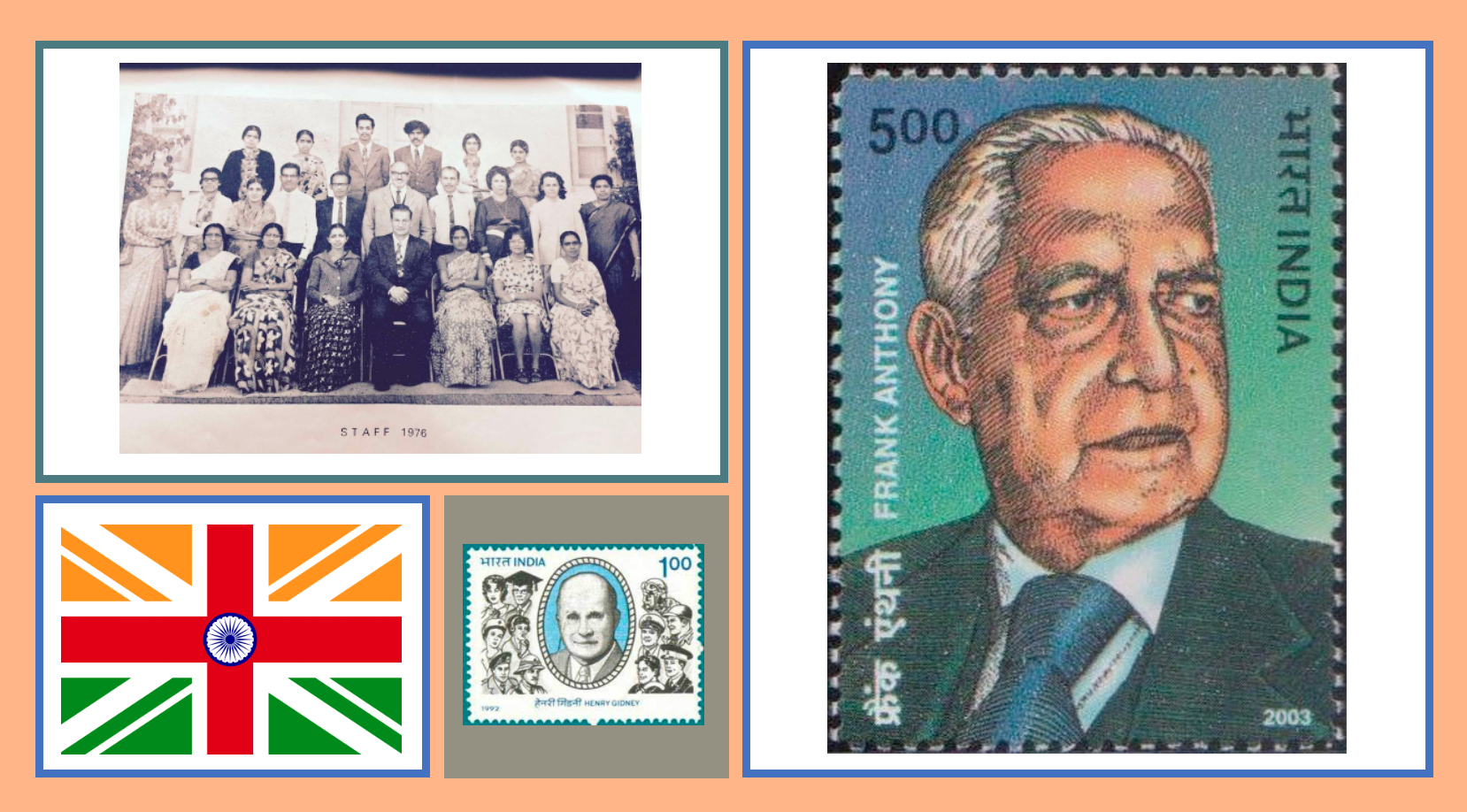 On ‘PASSING’: Shifting histories OF THE ANGLO-INDIAN COMMUNITY

In the next in our ‘Writing Race’ series, Vishwajeet Deshmukh considers the history of racial ‘passing’ within India’s Anglo-Indian community. Mixed-race descendants of European fathers and Indian mothers, members of the Anglo-Indian community are often studied in the context of their historical assimilation within European societies. ‘Passing’, however, was also a feature of colonial Indian society, as Anglo-Indians sought the higher status of ‘Europeans’.

Anglo-Indian history still remains a largely unexplored part of modern South Asian history. As Vishwajeet Deshmukh argues, it is not the story of the coloniser and the colonised, but of a group falling between the two.

The British empire and the consequences of racial disparity in colonial India are realised through the Anglo-Indian community, the mixed-race descendants of European fathers and native mothers. The status of the community was not well demarcated in legal documentation during the eighteenth and nineteenth centuries; thus, the composition of the community was simultaneously termed ‘Europeans’ and ‘natives’ according to the convenience of the Raj. Mixed-race Anglo-Indians categorised themselves as ‘Europeans’ in the census to attain a higher status in British society based on racial politics. In doing so they sought to gain opportunities of which they would otherwise be deprived had they identified themselves as ‘mixed-race,’ that is, as ‘Eurasians’ or ‘Anglo-Indians.’

Racial ‘passing’ as referenced in this post is the phenomenon where individuals identified as members of one racial group are accepted or perceived as a member of another. In the case of mixed-race Anglo-Indians, this would be ‘white’. The scholarly literature concerning racial ‘passing’ and class status has been viewed largely in terms of assimilation within British or European societies. This post focuses instead on instances of mixed-race passing among ‘natives’ in order to attain a higher status in colonial India.

The origins of the Anglo-Indian community

One of the oldest ‘mixed race’ populations arising from the experience of European colonial empires was a group that came to be known, early in the twentieth century, as the Anglo-Indians. Through the complicated and long history of mixing in colonial India, this group obtained a distinct identity, largely endogamous, with various inflections of pejorative attitudes, coming to be known as ‘half-castes’, East Indians, Indo-Britons, country-borns, and Eurasians, among other ascribed and self-asserted designations. Even though the community is referred to as ‘mixed-race’, the term largely describes unions of European fathers with native Indian mothers. It was rare to find alternatives to this relationship pattern.

At the beginning of the eighteenth century, such unions were encouraged by the colonial authorities. However, the attitudes changed dramatically in the following century and caused severe stigmatisation to mixed-race children and, by extension, the community itself.

With the nineteenth century, however, came a shift in terminology, with the community now referred to as ‘Eurasian’. By contrast, the term ‘Anglo-Indian’ was used to identify people of evident British descent who worked in India, often over several generations, but who managed to maintain their British identity by educating their children in British schools, marrying into exclusively British families, and retiring to Britain. My interest here is on the mixed-race Anglo-Indian community. 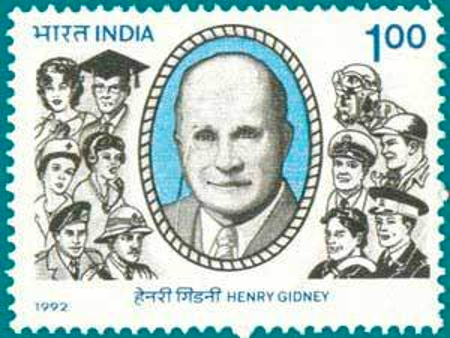 The East India Company (hereafter ‘Company’ and ‘EIC’) had recognised and even encouraged mixed-race marriages. These, it was argued, led to the formation of a section of the Indian population that was loyal to the Company and provided it with meaningful military and general administrative labour. However, by the nineteenth century, this previously generous approach gave way to restrictions on the Company’s employment of mixed-race individuals, along with growing social closure on their status, and increased European anxiety about racial status and pureness. This consolidated occupational, social and political assault on the Anglo-Indian group derived from a number of factors. These included the desire of colonial authorities to control valuable wealth and power; concern over ‘loyalty’ fuelled by slave rebellions led by mixed-race people in the West Indies; and the hardening of institutional racism in Europe.

Following the abolition of the Company, and the establishment of the Raj as a branch of the British Empire under the reign of Queen Victoria in 1858, the EIC’s former military forces were supplemented by an Indian army composed of ethnically Indian troops led by an officer class of professional British soldiers. The Indian Civil Service (ICS), on the other hand, became an aristocratic and governmental institution, accessible only to those with demonstrated British racial and social identity, coupled with a suitable education of the kind provided by the Company. Some Anglo-Indians saw this as an opportunity to join the social elite and to enter the ICS without restrictions determined by race. The Centre for South Asian Studies, Cambridge University has archived the lives of Anglo-Indians who worked for the Indian Civil Service. 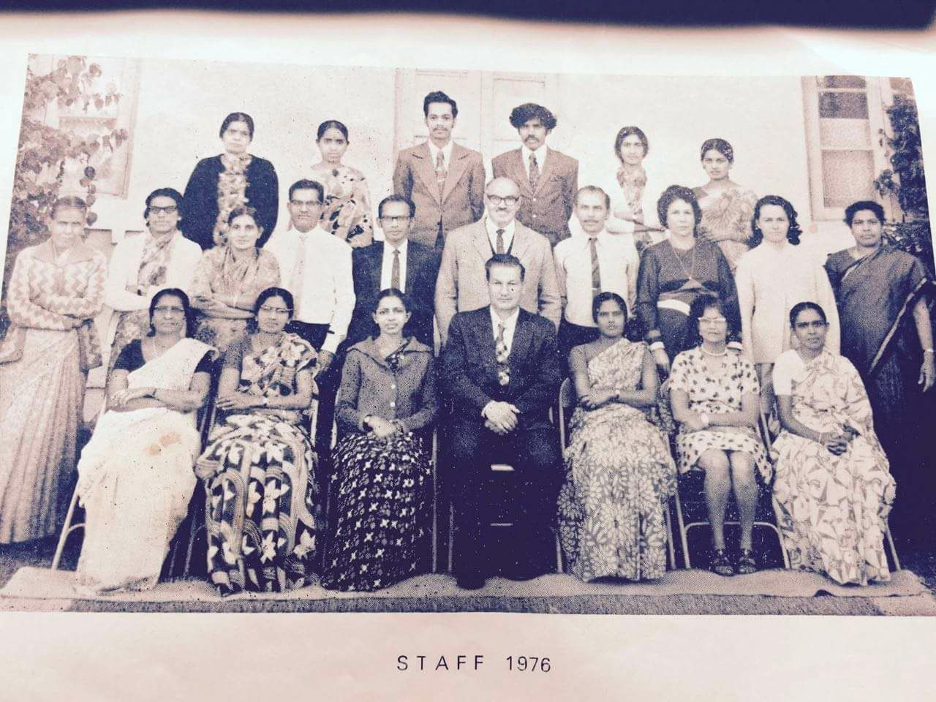 The need for racial ‘passing’

As the British became increasingly concerned about the threat Eurasians posed to racial hierarchies in colonial Indian society, so racial mixing came to be seen as ever more problematic. These attitudes created a need for racial ‘passing’ among the Anglo-Indians, who deployed several strategies in order to pass as ‘white’ or ‘European’ and to avail themselves of the opportunities of the British social class system.

In the Indian census of 1911, such individuals were successful in being categorised as ‘Anglo Indians’, a new description that aided their claims to European heritage and lifestyle, as well as to Britain as ‘home’ – despite the fact that the majority had never visited the British Isles. Anglo-Indians were still counted in the census of 1931 as European British subjects. The report on this census concluded that Anglo-Indians ‘who are not handicapped by excessive pigmentation’ tended ‘to return themselves as Europeans.’ As a consequence, it was proposed that the total number of European British subjects in that year’s census be reduced by 30,000 to take account of those Anglo-Indians who passed as Europeans.

Debates on identity and belonging

Anglo-Indian boundaries were flexible and permeable, and there was frequent debates over the meaning of identity and belonging within India. Anglo-Indians were divided into different groups based on their origin, social position and skin colour. They were adamant, however, about their superiority to Indian Christian converts with European-sounding names and dress styles. They also saw themselves as superior to people with Portuguese-sounding names, some of whom were of mixed Portuguese and Indian heritage, hailing from Portuguese settlements. Despite these attempted distinctions, some Anglo-Indians were accused of being ambitious and parvenu Indian Christians.

Those Anglo-Indians with fairer complexions and educational and economic capital aspired to ‘escape’ the Anglo-Indian label and ‘pass’ as Europeans. They would frequently claim the position of ‘domiciled Europeans,’ another categorisation employed by colonial authorities to create a racial hierarchy of identity. Given European mistrust of those who could not definitively demonstrate flawless British ancestry, this was a risky approach for social progress.

A famous example of such a racial ‘passing’ is the actress Vivien Leigh who played the lead role in Gone with the Wind (1939). Through genealogical and archival research, it has been hinted that she was an ‘Anglo-Indian’ who ‘passed’ as white.

It is important to note that ‘passing’ was also practised with reference to professional achievements. As Frank Anthony — President of All India Anglo-Indian and Domiciled Europeans Association — wrote in 1969, whenever an Anglo-Indian archived distinction, the British media identified them as ‘British’ but when a crime was reported the perpetrator would be described as ‘Anglo-Indian’ (‘Britain’s Betrayal in India’, 1969). Perceptions about the community were closely entwined with the terminology used by one-time colonisers. 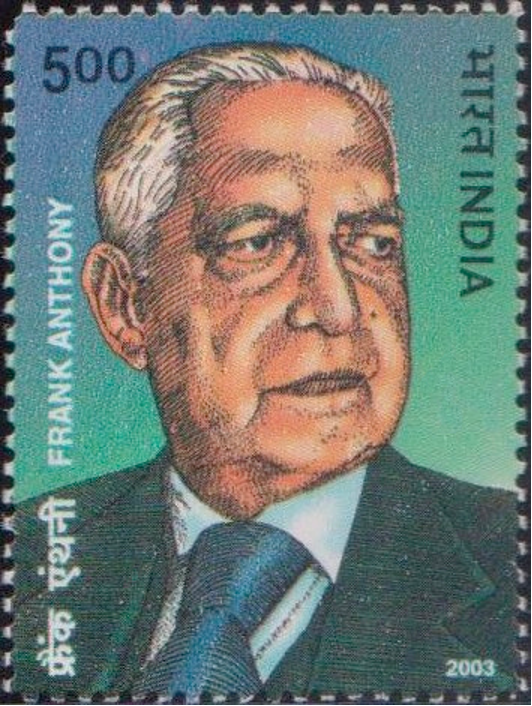 Frank Anthony, stamp 2003. In 1942 Anthony was elected the president-in-chief of the community of the All India Anglo-Indian Association. He represented the Anglo-Indian community at the Indian parliament after independence. Copyrighted work of the Government of India, licensed under the Government Open Data Licence – India (GODL).

In 1949 article 331 of the Indian constitution provided for the representation of two Anglo-Indian Members of Parliament nominated by the President of India. Article 366 of the constitution defined ‘Anglo-Indian’ as

a person whose father or any of whose other male progenitors in the male line is or was of European descent but who is domiciled within the territory of India and is or was born within such territory of parents habitually resident therein and not established there for temporary purposes only.

This definition was directly adopted from the Government of India Act, 1935.

In 2019 this reservation for the community was ended by the 104th Constitutional Amendment, citing the now low numbers of Anglo-Indians in India. This amendment came despite a 2013 report by the Indian Ministry of Minority Affairs referencing distinctive challenges faced by the Anglo-Indian community, including lack of employment, educational opportunities and proper housing facilities, and cultural erosion. In the wake of the 2019 amendment, Anglo-Indians are required to focus less on ‘passing’ than avoiding politically erasure by the Indian government. 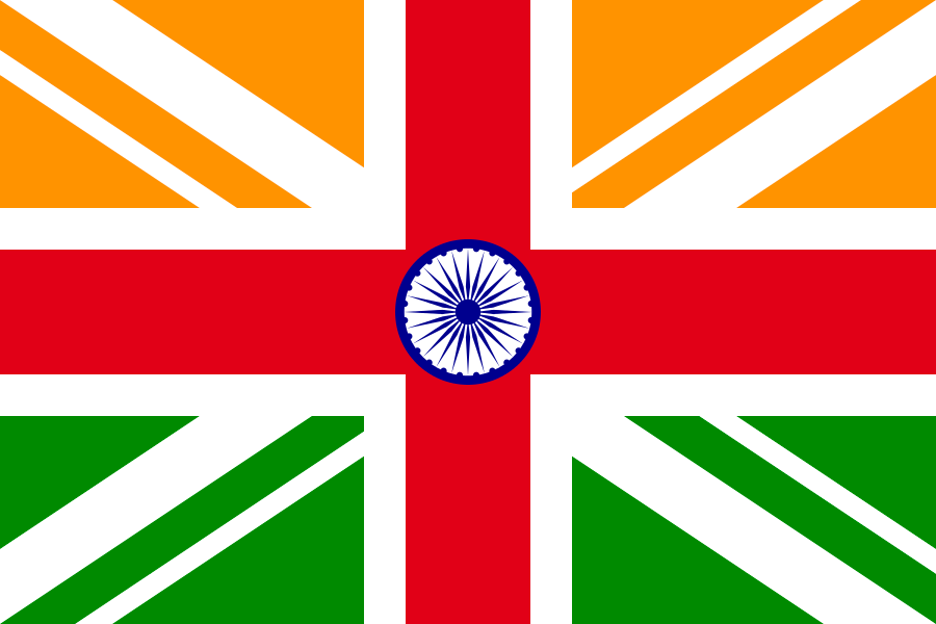 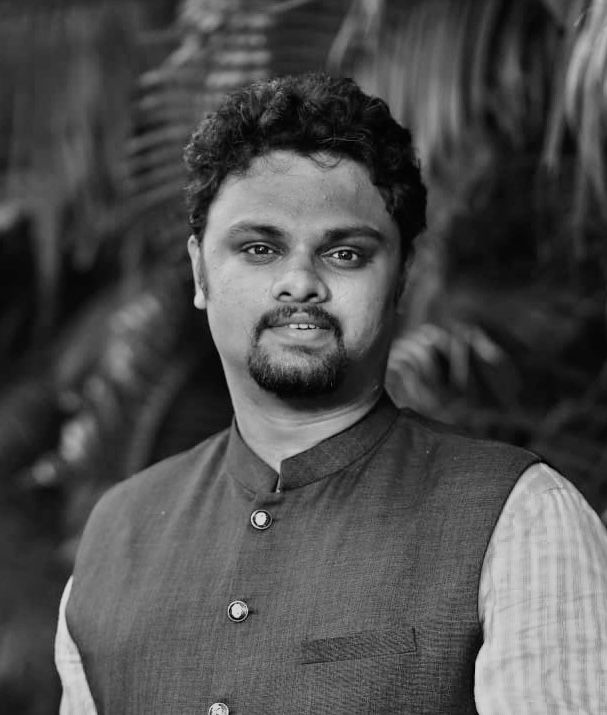 Vishwajeet Deshmukh, BLS, LLB 2022 (Government Law College, Mumbai, India), is the recipient of the Tata Trusts and 1947 Partition Archive Research Grant to study the effect of Partition of British India on minorities.