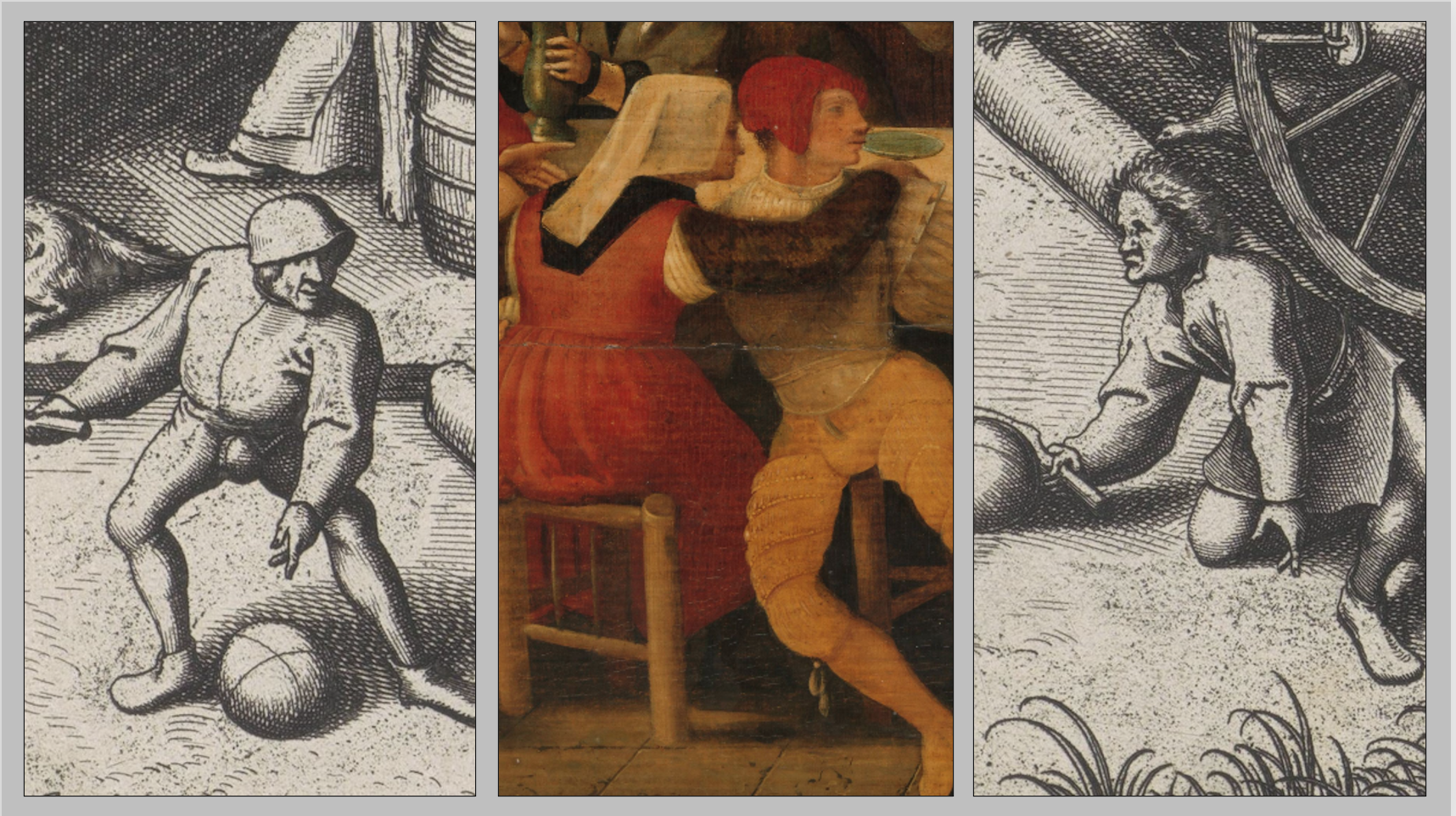 Brothels, bowling and bad behaviour: life on the fringes of late medieval London

To coincide with the release of her new book The Margins of Late Medieval London, Dr Charlotte Berry takes a look at life on the fringes of the city in the fifteenth and early sixteenth centuries through the story of one small community.

Charlotte’s book, published on 15 February, is the 11th title in the Society’s New Historical Perspectives series for early career historians, with the Institute of Historical Research and University of London Press. As with all books in the series, Margins of Late Medieval London is available in print and as a free Open Access download.

London in the fifteenth century was a city far larger than any other in England and the only urban centre in the realm on a scale comparable to the great cities of Europe. Although London had city walls originally built by Roman settlers, the population overspilled these boundaries creating extramural neighbourhoods with a distinctive mix of people, buildings and economic functions.

Numerous religious houses and hospitals dominated these areas, both architecturally and as landlords to a large number of lay people living within and outside their precincts. Polluting industries unwanted within the city walls were located here, as was the pastureland that fed livestock at the end of their journeys from the country and the suburban butchers’ markets that sold their meat. 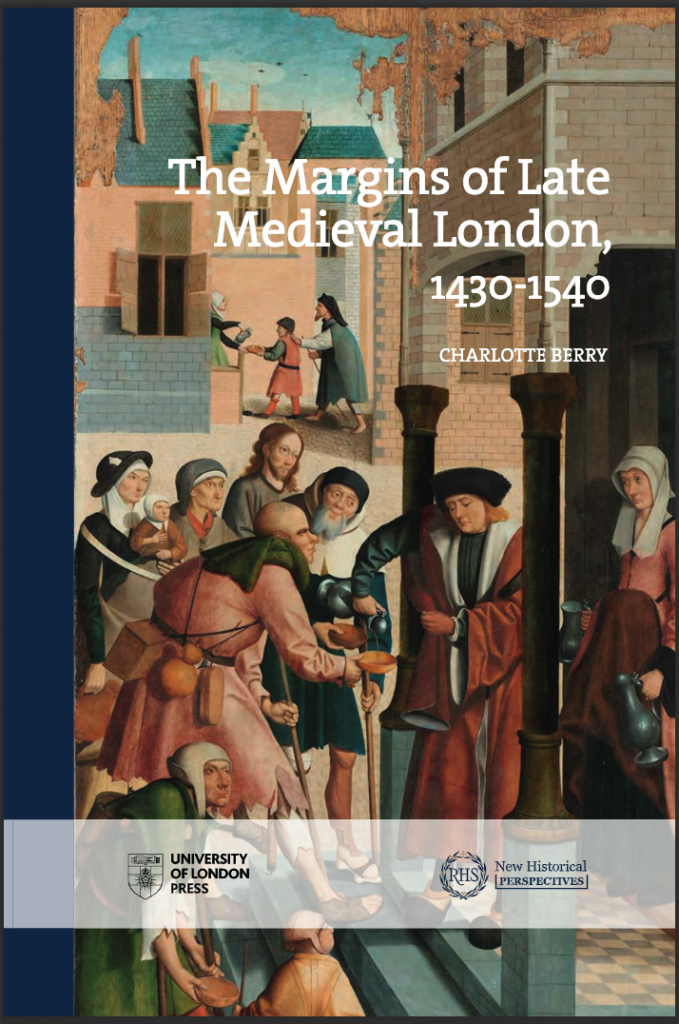 Politically and legally, the area outside the city walls was a complex space. The jurisdiction of the city of London and its mayor – known as the franchise – extended beyond the city gates by a few hundred metres and from 1470 the city’s guilds were empowered to regulate workers up to 2 miles away. Many citizens, mostly ordinary craftspeople, lived in the extramural neighbourhoods. But in practice, this area had an ambiguous relationship to the city within the walls. The gates in London’s wall were the point at which civic officers checked travellers to prevent those who might cause trouble or spread disease from entering. Military defence rested on closing those same gates in times of strife – implicitly abandoning the areas beyond.

On the other hand, the many religious houses and hospitals had their own legal jurisdictions which allowed people to carry out activities which were otherwise prohibited in areas of the city’s jurisdiction. These were exciting places, through which thousands of people travelled to and from London every year. The people who lived in extramural neighbourhoods took full advantage of the opportunities all that passing trade and legal ambiguity offered.

Norton Folgate was the name of a small neighbourhood just outside London’s north-eastern boundary which fits this description exactly. It was a community of perhaps 100 full time residents adjacent to the Hospital of St Mary on bustling Bishopsgate Street. The community had its own manor court and a liberty (special legal status) of obscure origin which made it an attractive home for those on the fringes of London society. The records of its court, which survive from the fifteenth and early sixteenth century preserved at the London Metropolitan Archives (LMA, CLC/313/A/047/MS25287), are a remarkable insight into the people at the geographic and social fringes of London in this period.

Simon Richard kept one of the most well-established bowling alleys … this was apparently a notorious dive and was complained of as the site for many local affrays.

The people of Norton Folgate made the most of passing traffic by offering opportunities for recreation and pleasure. One of the most notable in the court records are the many fines for people who kept bowling alleys, known as ‘closhbanes’. Closhbanes were playing areas for a bowls-like game (closh) which originated in the Low Countries, and is pictured in the image below. Simon Richard kept one of the most well-established bowling alleys: he was presented for keeping his closhbane in 1442, 1444, 1447 and 1455 and there were also pronouncements that anyone caught playing there was to be subject to a 20s. fine. This was apparently a notorious dive and was complained of as the site for many local affrays. 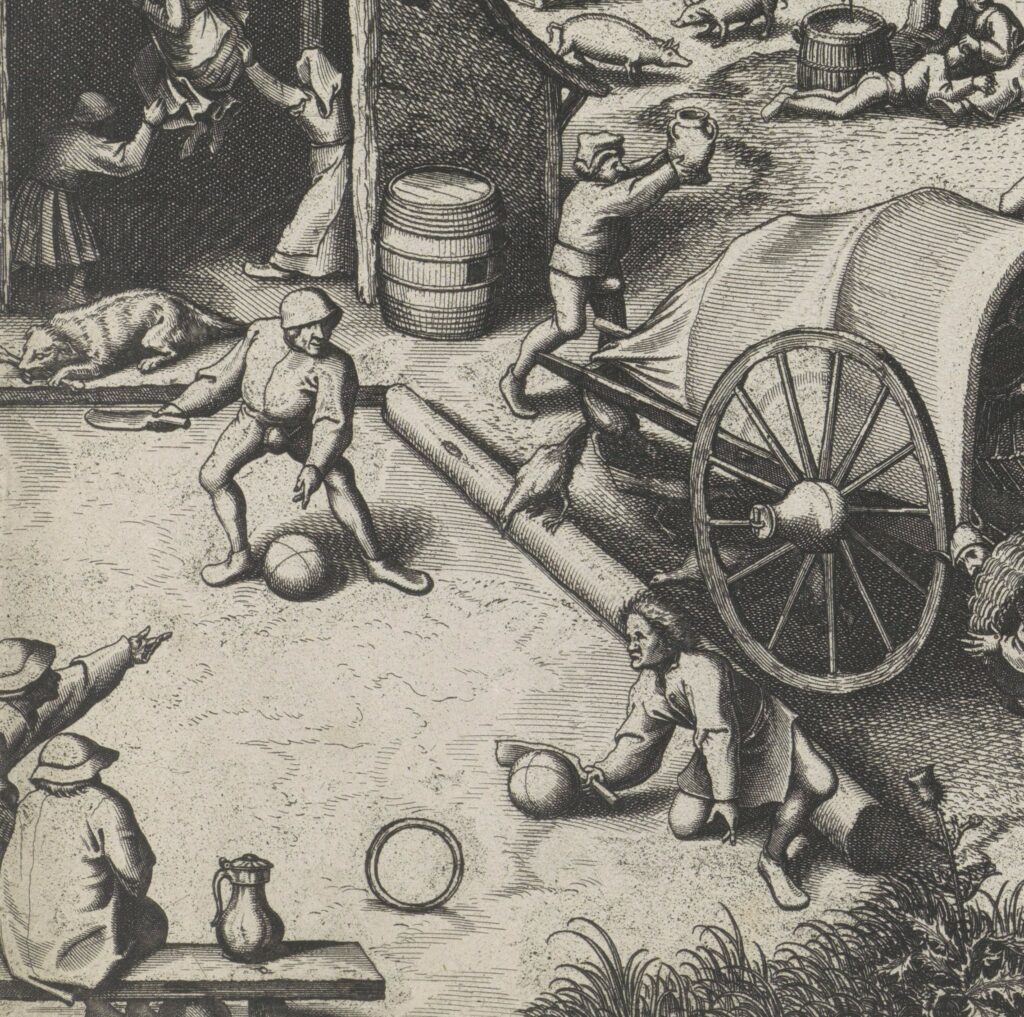 The fact that closh was a Dutch game was no coincidence: like many liberties, Norton Folgate was home to a sizable population of Dutch-speaking immigrants in the fifteenth century. Living together in areas immune from civic regulation allowed migrants to work on the fringes of the city’s regulated economy. Liberties would also have offered a sense of community to which recreational spaces like closhbanes may have been central.

People came from within and outside London’s jurisdiction to have a good time in Norton Folgate. This often seems to have been to drink alcohol, with the inevitable result that their affrays were reported in the manor court. In 1448, three men from the village of Shoreditch were fined for affray within Norton Folgate and the 1461 court included indictments for John Deraunt of Golding Lane, Middlesex, who attacked a man with a bill hook, and John Gebon, gentleman, of London, who attacked William Drayton of Tottenham in the liberty.

As the widow of a local freeholder, Alice and the brothel she ran seem to have been broadly tolerated by her neighbours.

With this seedy reputation and busy location, it is perhaps inevitable that sex workers operated in Norton Folgate. In 1488, Johanna Grene was presented as a common prostitute and receiver of prostitutes and other malefactors in her house. Alice Pounfreyt was indicted every year from 1449 to 1464 as a prostitute and keeper of prostitutes. Although she was regularly fined 40s. and once, in 1462, asked to expel specific prostitutes named Agnes and Emmota from her property, she was never herself expelled or asked to leave. As the widow of a local freeholder, Alice and the brothel she ran seem to have been broadly tolerated by her neighbours. 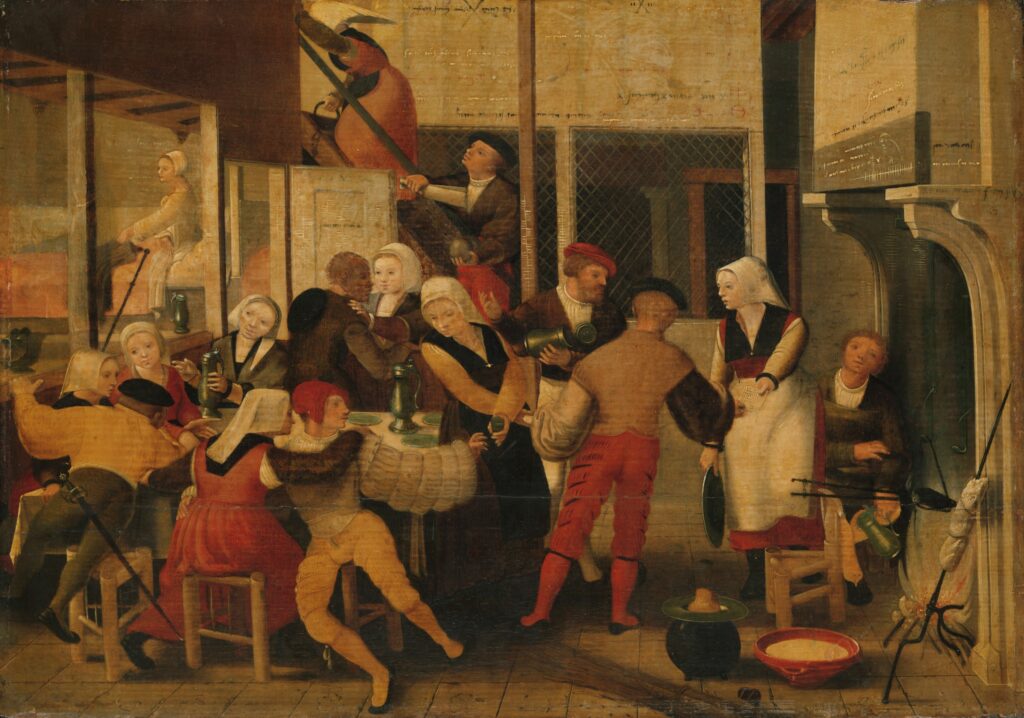 This was an important aspect of London’s extramural neighbourhoods: they offered spaces in which people with poor reputations or whose activities might not be tolerated elsewhere might be able to find a home.

With thousands of people moving through them every year, a complex legal landscape and generally cheaper rents than neighbourhoods inside the city, the margins of the city afforded opportunities to the poor and those who did not fit into the structures of urban life. Moreover, many of them were doing work which was essential to the function of the city: working as servants and labourers, bringing new skills and techniques from other countries to London’s industries or providing spaces of recreation and leisure for Londoners. What we could term the geographic and social ‘margins’ of the city were, from another perspective, at the heart of urban life.

Dr Charlotte Berry is an independent scholar who has held teaching and research positions at Bath Spa University, the University of Roehampton and University College London. She has previously published work on marginality, reputation, sociability and immigration in late medieval society in publications including the Journal of British Studies and London Journal.

New Historical Perspectives is the Royal Historical Society’s Open Access book series for Early Career Historians, published with the Institute of Historical Research and University of London Press.For more on the series, what it offers, and how to submit a proposal, please see the NHP page of the Society’s website.

From quickening through to confinement, giving caudle, delivery, and lying-in, birth was once a complex ritual that involved entire communities. This fascinating new book radically rewrites what we know about eighteenth-century childbirth by placing women’s voices at the centre of the story.