In March the Royal Historical Society was one of six institutional signatories to a letter calling on government to clarify its attitude towards and involvement in areas of ‘contested heritage’. The letter highlighted ministers’ increasing attempts to define — and so curtail — the work of heritage funders and organisations as ‘too political’ .

In this post, Professor Peter Mandler sets the March 2021 letter in context and calls — in keeping with the Haldane Principle — for the freedom of professional curators and academics working in museums and universities on ‘contested heritage’ to do their jobs without government interference.

On 21 March 2021 the Sunday Times published a letter from six national historians’ organisations, led by the RHS President Emma Griffin; or rather it published a seriously abbreviated version, apparently all the Sunday Times thought its readers could bear. Fortunately the full text is published on the RHS website.

The subject was what is sometimes called ‘contested heritage’. Since at least last autumn, the British government has been intervening with an ever heavier hand in the activities of the nation’s heritage funders and organisations – the so-called ‘arm’s-length bodies’ such as Historic England, the Lottery Heritage Fund, and the national museums and galleries.

As the term indicates, these bodies are supposed to retain a degree of independence from government, to insulate public spending on cultural and educational affairs from too much day-to-day meddling by politicians. Although their trustees all serve at the pleasure of ministers, they are supposed to represent a range of independent community and expert opinion. While ministers may set out broad strategic objectives, trustees are meant to exercise their independent judgement in deciding how to implement those objectives – and their core cultural and educational functions – in commissioning and funding research and in interpreting their collections.

Government intervention intensified last year after the toppling of the Edward Colston statue in Bristol, and a number of wholly voluntary local-authority decisions to move or reinterpret statues. A policy called ‘retain and explain’ was proposed that would stop heritage bodies from moving statues and monuments. Not only arm’s length bodies but also local authorities came under unusual degrees of direction. For the museums and galleries, it was not clear what ‘retain and explain’ actually meant.

On the whole these bodies don’t de-accession objects; nor can they display all they own. They are always engaged in an evolving process of selection and interpretation. But now it was being suggested that ministers would seek to intervene more directly in how they carried out those essential curatorial functions. In at least one case a trustee was asked to sign a ‘loyalty oath’ backing these interventions before reappointment. 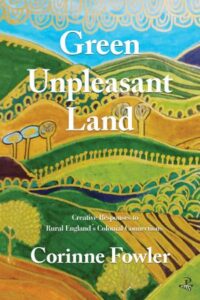 The specific case that prompted the historians’ letter in March 2021 arose from two funders’ support for Professor Corinne Fowler’s ‘Colonial Countryside’ project, ‘a child-led writing and history project exploring the African, Caribbean and Indian connections’ of 11 National Trust properties. (The National Trust is not a government body but the project was funded by two arm’s length bodies, the Arts Council and the Lottery Heritage Fund.)

The project not only revealed previously obscured connections between these properties and empire, race and slavery, but also positively established the long history of black and ethnic minorities’ presence in and creative engagement with an ‘English countryside’ often assumed to be purely ‘white’.  (You can read more about this two-track approach – literary as much as historical – in Fowler’s book Green Unpleasant Land).

Government was not happy with this and related projects. A case was raised with the Charity Commission that the National Trust’s recent researches into the links between its properties and slavery and colonialism violated its charitable mission. A summit conference was called for a wide range of heritage bodies at which the culture minister Oliver Dowden laid down the government’s policy. A leak in the Daily Telegraph reported the minister’s assertion that ‘Further bids for public money to cover the cost of the Colonial Countryside project would be turned down’.

It is of course very difficult to determine whether any given piece of historical research is ‘political’, still more difficult to determine whether it is ‘too political’. But the principle of arm’s length funding of culture and education is to ensure that politicians do not make this determination on their own, and to give academics, curators and heritage professionals a degree of discretion and freedom to make their own determinations. In the event, the Charity Commission ruled that the National Trust’s research into their properties’ links to slavery and empire lay fully within their charitable purposes. As the Trust’s Director-General Hilary McGrady tweeted, ‘if it is wrong to… [research our properties], then the National Trust has been doing the wrong thing for 125 years.’

Academics are formally protected from such intervention by what’s known as the Haldane Principle, enshrined in statute, which forbids ministers from making decisions about what research projects are funded and pursued. The arm’s-length bodies are not so well protected but they should be.

But meanwhile the government’s pressure on the arm’s length bodies grows stronger; it is undoubtedly having an effect in self-censorship and avoidance of potentially controversial, albeit significant topics. And if the minister was quoted correctly he seemed to the historians’ organisations clearly to have overstepped his statutory powers. Academics are formally protected from such intervention by what’s known as the Haldane Principle, enshrined in statute, which forbids ministers from making decisions about what research projects are funded and pursued. The arm’s-length bodies are not so well protected but they should be.

The historians’ letter of 21 March aimed at reasserting some of the independence that the arm’s length bodies should have in determining what historical research to commission and fund. It would be a disaster if politicians started to dictate directly what versions of our history and heritage were approved or banned. 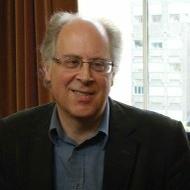 Peter’s latest book is The Crisis of the Meritocracy: Britain’s Transition to Mass Education since the Second World War, published by Oxford University Press in 2020.

HEADER IMAGE: Detail of the empty pedestal of the statue of Edward Colton in Bristol, 7 June 2020, Photograph by Caitlin Hobbs, CC BY 3.0