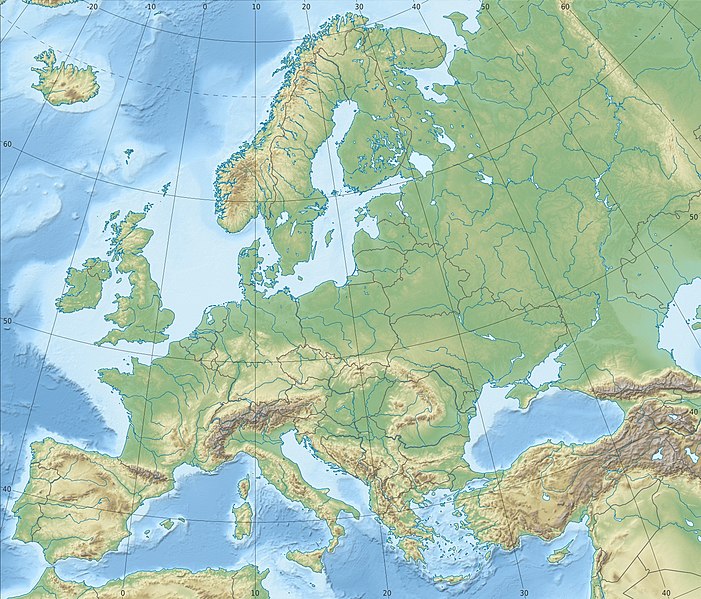 In this guest post, Dr Andrew Smith, Senior Lecturer in Contemporary History & Politics at the University of Chichester, shares and reflects on a module he created for undergraduate-level students at university. The module introduced students to unfamiliar material in a first-year course as a means of decentring a European survey module. Concentrating on primary source material, it shows a means of effectively engaging students with a wide range of case studies underpinned by a recurring focus on nationalist theory. Likewise, by mediating the volume and use of sources, the module was adapted from a first year undergraduate course at one institution to a postgraduate module at another, demonstrating a responsive model for encouraging meaningful engagement with nationalist theory through a diverse range of case studies.

This course addressed issues of nationalism and national identity, encouraging students to engage with key debates and theories underpinning the historiography of nationalism. I proposed this module at the University of Chichester, where I had been asked to design a one-semester Year 1 module, drawing on my research specialisms. Subsequently, I used the ideas of the module as a basis for a postgraduate module which I was asked to design at University College London, extending the range of coverage and depth of material which I explored with the students. Its success across different levels and at two very different institutions (a Russell Group and a Post-92 university) convinced me that it represents a useful way to explore a wide range of modern history with students and, hopefully, give them a passion for studying something new while encouraging them to form connections between theory and their own lives.

In its undergraduate form, the module consisted of lectures and discursive seminars on linked topics. In its postgraduate form, it consisted of extended discursive seminars based on core readings. Each class asked students to look over representative texts I had chosen, as well as survey carefully compiled primary source packs on each topic. In some senses, the course can be understood as a loser’s history of Modern Europe, studying the nations that didn’t make it, the identities that became minorities and the means used by dominant nationalists to alter their beliefs. We talked about the meaning of language to identity, the importance of heritage to culture, and also the ways in which all of these have fluctuated.

Reflections on Teaching the Module:

I opened the module’s first class by inviting students to read and reflect on a piece by the British-American writer Taiye Selasi from the New York Times, entitled ‘Who am I? Who are you? When we speak of nationality, what do we mean?’ (4th December 2014). In this, Selasi describes her uneasy relationship with Europe’s borders and identities, and also reflects on the divisions both formal and informal which criss-cross the continent. This served as the springboard for a wider discussion and framed many of the key themes of this module: how secure we feel in national identities, where ambiguity exists, and where we understand and have encountered boundaries in our own lives.

We addressed the subject of regionalism through a discussion of its definitions, origins and development: the module makes cross-European comparisons, with special reference to Alsatian, Basque, Breton, Catalan, Occitan, and Silesian identities and histories, as well as studying the formation of states like Italy and Germany. This allows me to take the discussion of nationalist theory from a confined theoretical space bound in the nineteenth century into a more tangible body of case studies with which students feel more comfortable working.

Comparative interpretations of nationalism led the students to consider alternative development models and challenges to unitary nationalism, initially in the choices around federalism and centralism in the unification of Germany and Italy. From there, we moved on to specific case studies which developed theoretical discussions with reference to greater detail and tangible examples.

Whilst leading classes based on a pre-agreed syllabus, every session opened informally, to find where students saw connections to their own lives in the topics we were discussing. With this, we were drawn to discuss the core issues of the course in relation to students’ own backgrounds (for example, discussing the politics of Pakistani cricket and the Tebbit test, and looking at Norwegian regional and national identity) and develop case studies not initially included in the curriculum. Throughout, we considered the political implications of regionalism on the traditional left/right spectrum, analyzing how nationalists mobilized racial, cultural and linguistic boundaries as determinants of nationhood.

Linking these examples to specific theoretical discussion allowed us to flesh out the topic for students. One week looked specifically at the importance of sport to minority nationalist identity (looking at the birth of the Gaelic Athletic Association, and at the success of FC Barcelona), and we re-introduced ideas of space to our discussion of nationalism – tying theories of modern nationalist theory to concepts of primordial spaces and idealized terrains. We explored how nationalist and regionalist movements have been variously inclusive and exclusive, voluntarist or integral. Understanding the means by which such movements have transformed in historical context enrich students’ reading of the core texts

Some of the novelty of this course came from its grounding in primary source material, which I gathered from my own research and then either translated personally, or, where possible, found scholarly translations of material in languages I didn’t read. Each case-study week came with a curated primary source pack which we discussed during class. This allowed students to complement the prepared reading and helped enliven and shape discussions which felt vibrant and passionate. I used primary source analyses (or ‘Gobbets’) as a formative assessment, followed by longer essay work as a summative assessment. This was designed to draw out students’ knowledge from case studies we had discussed. I chose four extracts, each of which was designed to inspire students to engage with the vitality of the issues discussed, demonstrating the uptake of contentious politics in historical context. All of the extracts were taken from my own research, translated and then presented directly to students. This gave them a degree of contact with my research process and encouraged them to feel a part of this ongoing work. They were able to understand the processes of academic enquiry and this gave them a greater ownership of course content. At the end of the course, I invited students to reflect on Selasi’s questions in the context of their own wider understanding of national identities.