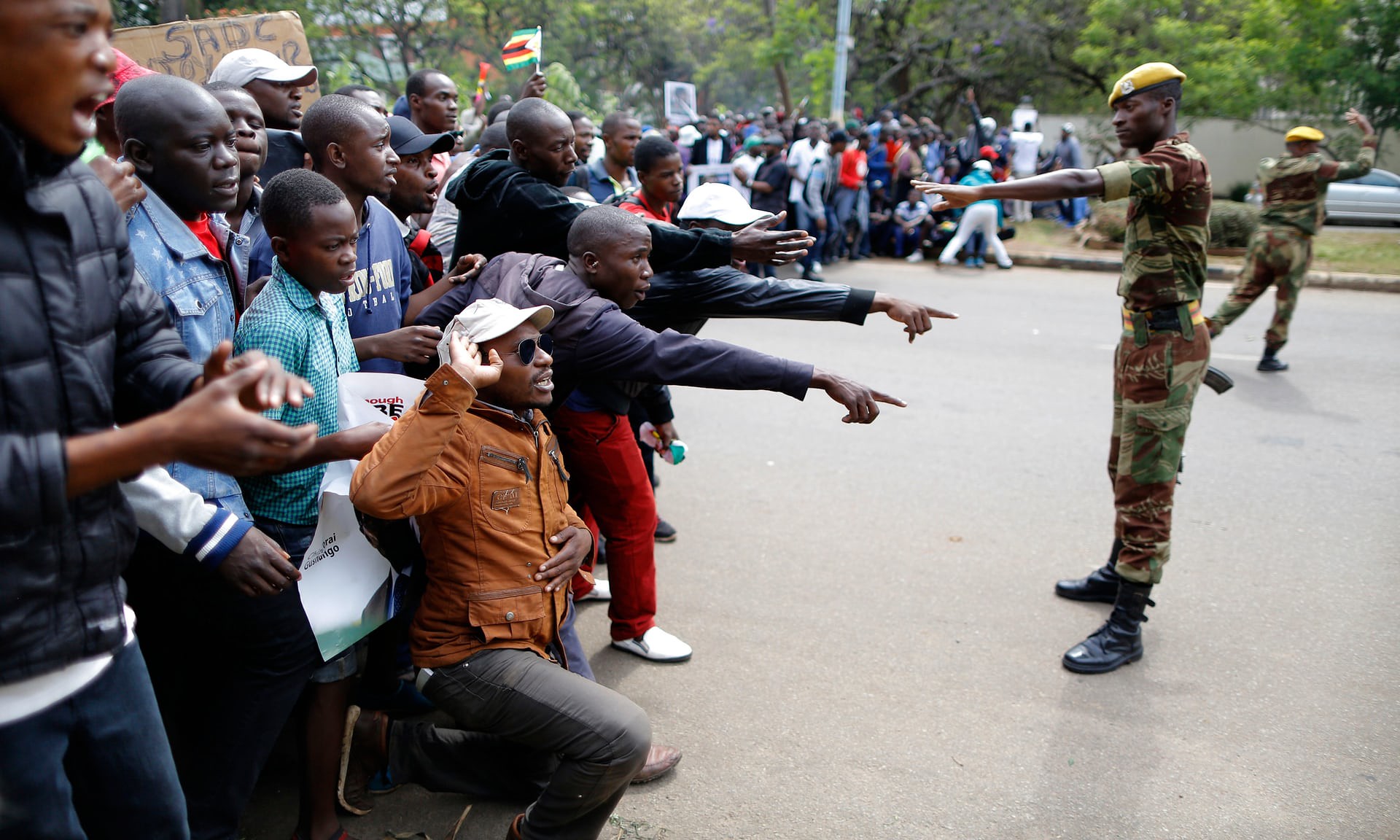 Reflections on the Martin Lynn Scholarship

In the academic year 2017-18, Brooks Marmon received the Society’s Martin Lynn Scholarship to support  his doctoral research on the impact of African decolonisation on the politics of Southern Rhodesia (colonial Zimbabwe) in the 1950s and 60s. Here, Brook reflects on how this grant aided his research.

I received news of the award on a balmy sunny day in Manchester, where I had gone to consult the diaries of a lecturer at the University College of Rhodesia.  Feeling rather bedraggled after an intensive day of note-taking and transcribing handwritten journal entries (and not too enthused about the evening ahead in the sweltering hostel), I checked my phone after packing up for the day and was elated to see an e-mail from the RHS Secretary.

As a non-UK/EU national I was ineligible for a number of prominent funding opportunities, so I warmly welcomed this support, more so as the award was conferred amidst my efforts to obtain the foreign researcher clearance necessary to access the National Archives of Zimbabwe.

I celebrated that evening with a grandiosely stuffed salt beef sandwich and an inconclusive expedition on foot to locate the site of the 5th Pan-African Congress, held in Manchester in 1945.  I have since come to understand that Professor Lynn was an avid hiker; hopefully he would have appreciated the effort, if not the result of my wanders. 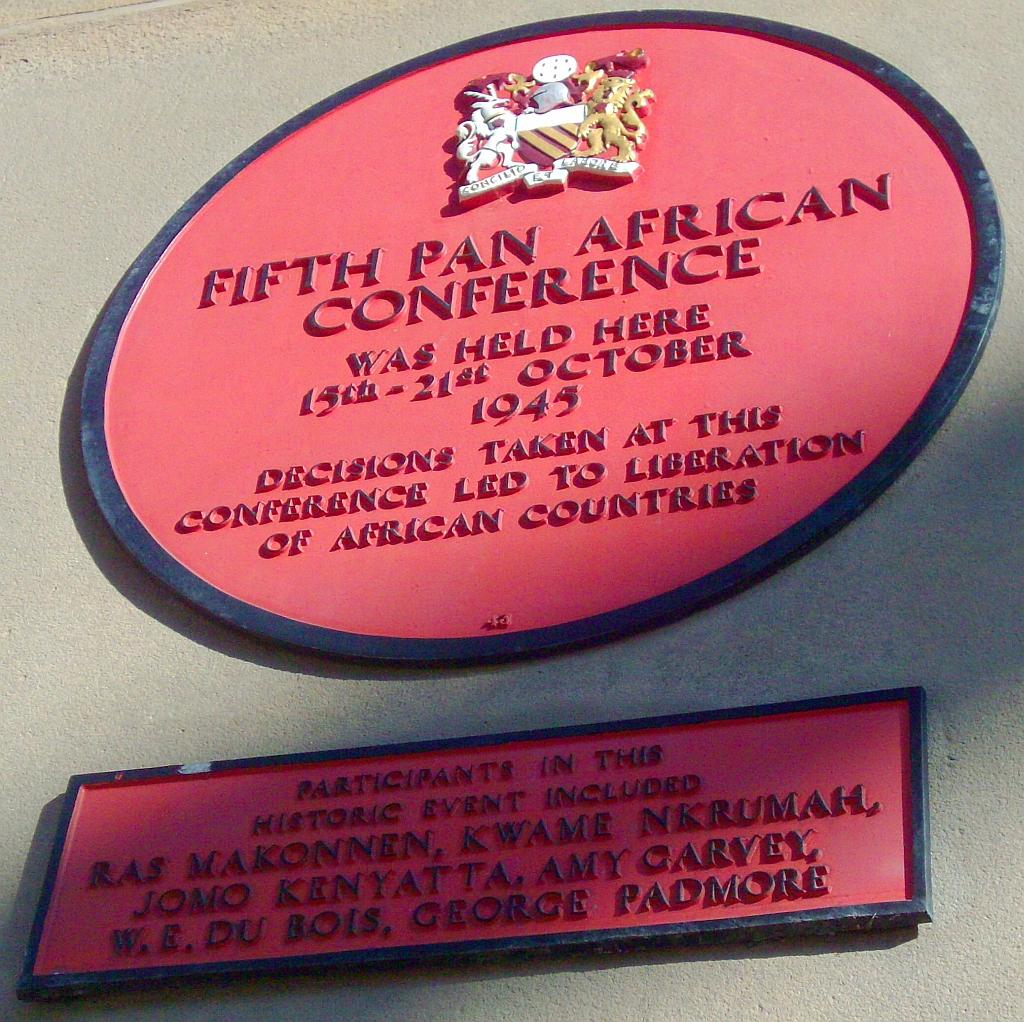 Plaque commemorating the location of the Fifth Pan African Congress in Manchester, 1945

For months, I had been concerned that my research and writing would suffer without access to the archives in Zimbabwe.  Fortified by news of the Lynn grant, I was able to redouble my focus on an active Summer research programme in the UK, knowing that I now had the resources to extend my anticipated stay in southern Africa, which would include research in more accessible repositories in South Africa and Malawi.

With support from the Lynn grant, I was able to pursue this approach with more confidence.  Ultimately, it bore fruit as I obtained the researcher permit and spent six vital months working in the archives in Harare.  During my time in Zimbabwe, I not only researched history, but also experienced an epochal moment.  Weeks after my arrival, Robert Mugabe, the long-serving leader of the nation was overthrown.  I remained in the country through elections the following year, the first ever in which Mugabe was not a candidate. 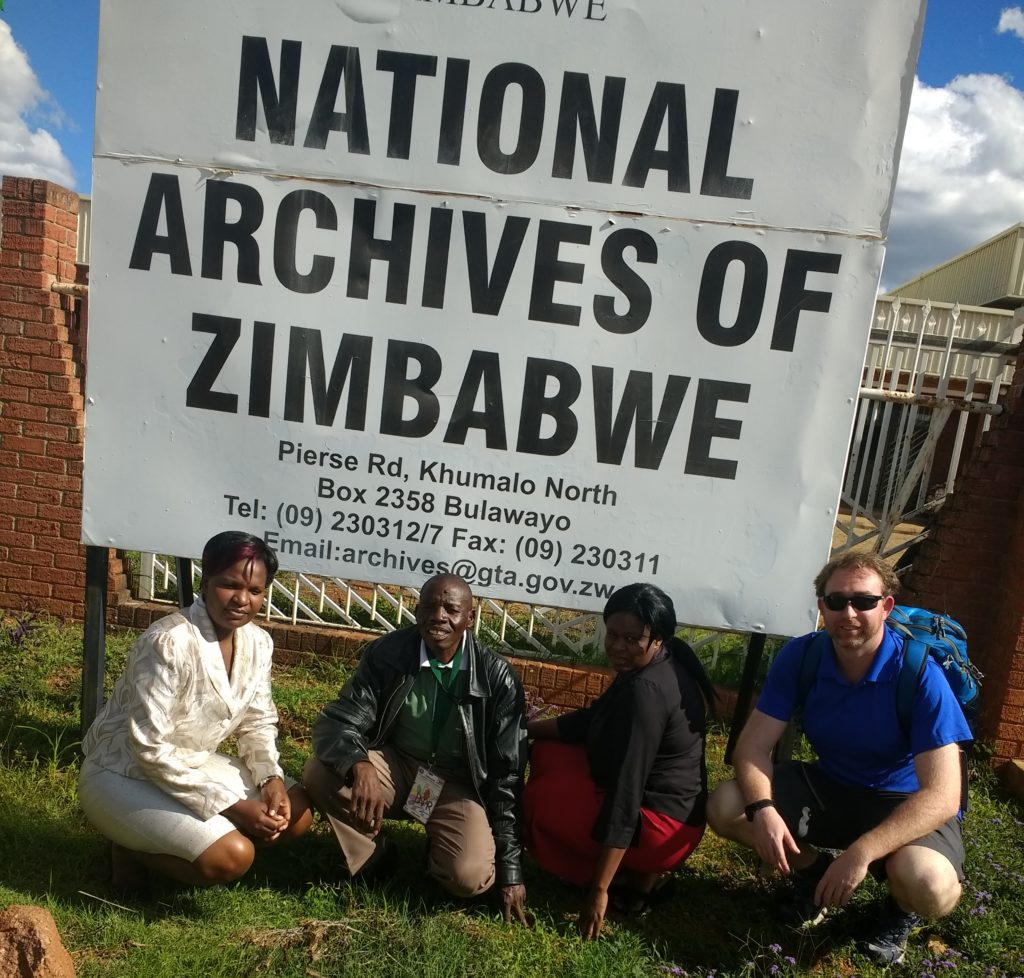 With staff of the National Archives of Zimbabwe, Bulawayo Branch in 2017, Credit: the author.

The RHS guidelines for the Lynn scholarship note that “this award reflects the interests of the man it commemorates.”  Martin Lynn was Professor of African History at Queen’s University, Belfast, and devoted his scholarly career to the history of West Africa, particularly the 19th and 20th century history of Nigeria. I hope he would be pleased to note that one of my most treasured research findings in Harare concerned the records of the diplomatic mission of the Federation of Rhodesia and Nyasaland in Lagos, Nigeria, his birthplace.  I have published a teaser of this research with The Republic, a Nigerian newsmagazine.

I have also relied, fairly substantially, on one of Professor Lynn’s edited works in my thesis.  His The British Empire in the 1950s: Retreat or Revival? features several chapters that shaped my thinking on the trajectory and dynamics of Africa’s decolonisation.

I commend the RHS for providing this funding – it was one of the few external grants I received during the course of my doctoral research that was not earmarked for work in a specific repository.  Thus, I was able to use it to cover some of my most essential costs – travel to the region and the steep fees required to apply for a permit from the Research Council of Zimbabwe.

I encourage all students of African history in the UK to apply for this award and undertake expeditions in the spirit of Professor Lynn.

About the Lynn Scholarship

The RHS makes an annual Martin Lynn Scholarship award to assist a postgraduate researcher of African history. The Scholarship is worth £1,500. The next round will open in 2021.