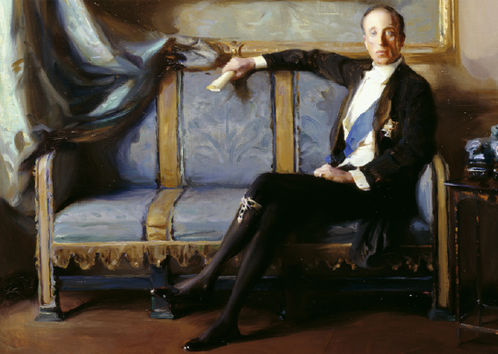 Neil’s book, published this September, is the 63rd volume of the Society’s Camden Series. Since 1838, the Society (and its predecessor, the Camden Society) has published scholarly editions of sources—making important, previously unpublished, texts available to researchers. Each volume is edited by a specialist historian who provides an expert introduction and commentary. Today, the Society publishes two new Camden Volumes each year, in association with Cambridge University Press.

Aristocracy, Democracy, and Dictatorship is now available online and in print from Cambridge University Press.

The seventh Marquess of Londonderry (1878–1949) held government posts in Dublin, Belfast and London. Controversial in his own lifetime, Londonderry oversaw the early years of both the Royal Air Force and Northern Ireland, and he was attacked as a warmonger for his role at the World Disarmament Conference held at Geneva in the early 1930s.

Londonderry’s subsequent venture into amateur diplomacy cemented his reputation as an arch appeaser of Nazi Germany. He corresponded with the leading political figures of his day, such as Winston Churchill (his second cousin), Neville Chamberlain, Stanley Baldwin, Ramsay MacDonald and Lord Halifax. Londonderry’s controversial pursuit of Anglo-German understanding in the 1930s meant that his regular correspondents also included Hermann Göring, Joachim von Ribbentrop and Franz von Papen. The Society’s publication in September 2022 of an edition of Londonderry’s political papers fulfils my longstanding aspiration to make these documents more widely available.

I first made use of the papers as a doctoral student over twenty years ago. Without the convenience of a digital camera, archival visits were then chiefly comprised writing up the contents of box after box of documents. My resulting biography, The Marquess of Londonderry: Aristocracy, Power and Politics in Britain and Ireland (2005), was based on these and other papers, but of necessity it could not include the vast majority of the material that had been written up over several years. It is a situation that faces all historians, of course. Yet it struck me as unfortunate since the papers were potentially useful to other scholars—especially given Londonderry’s involvement in the politics of both Ireland and Great Britain, including relations between the latter and Nazi Germany. 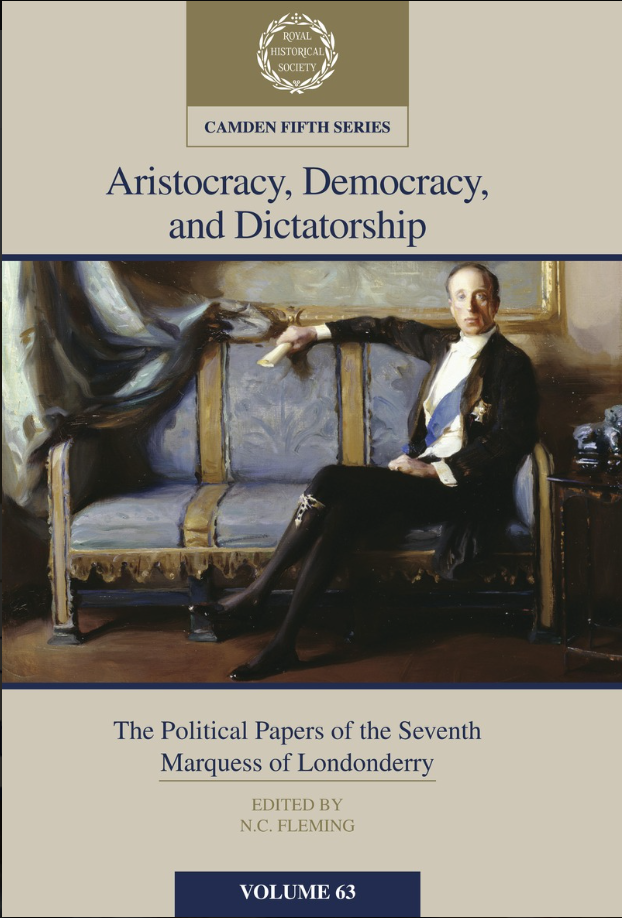 I was aware of the Royal Historical Society’s Camden Series but it was not until I read a piece about it in the RHS Newsletter (May 2018), by the then Literary Director, Professor Richard Toye, that it occurred to me to propose a volume. The proposal was also made possible by the Public Record Office of Northern Ireland’s purchase of the Londonderry papers in 2013, bringing the material into public ownership, and the archive’s permission to reproduce it in the Camden Series.

The first stage of the editing my Camden volume involved selection and transcription. The former had largely been done twenty years ago. But the latter required all that material to be revisited in person at the archive, this time with a digital camera to enable the verification of my original notes, and also to fill in the many gaps that I discovered along the way. This process became drawn out and delayed by the lockdowns implemented across the UK in 2020–21.

The next stage involved identifying all the people mentioned in the text and writing up biographical footnotes. This was reasonably straightforward in the case of parliamentarians and statesmen thanks to the labours of others, namely the compilers of dictionaries of national biography and successive volumes of Who Was Who. Recreating the biographies of lesser-known individuals proved more challenging but often more rewarding. They include Sonia Wachstein, an Austrian émigré who pleaded with Londonderry to use his influence with senior Nazis to secure the release of her brother, Max, from the Buchenwald concentration camp.

As this example reveals, my forthcoming Camden volume not only provides a vivid insight into Londonderry’s political life and times, but also how others reacted to him. Among the latter were senior Nazis and other prominent figures in Germany. Their missives demonstrate the ideas and attitudes that the Nazis sought to encourage among those in Great Britain who were already sympathetic to Germany’s grievances with the Treaty of Versailles.

The correspondence is especially noteworthy when responding to Londonderry’s concerns and criticisms of the harm being done to Anglo-German understanding by Nazi policies—in particular, the treatment of Jews and other religious groups, and the sudden and dramatic demarches in Germany’s treatment of neighbouring states. The cumulative effect chronicles how Londonderry’s vague and often delusional idealism was encouraged yet gradually and incrementally crushed by the Nazi regime’s relentless commitment to the full realisation of its far reaching and ultimately destructive objectives.

Neil Fleming is Professor of Modern History at the University of Worcester. In addition to Aristocracy, Democracy, and Dictatorship, his new volume in the RHS Camden Series, Neil’s publications include Britannia’s Zealots, Vol. 1: Tradition, Empire and the Forging of the Conservative Right (2019),  The Marquess of Londonderry: Aristocracy, Power and Politics in Britain and Ireland (2005) and, as co-editor, Ireland and Partition: Contexts and Consequences (2021). In addition to his post at Worcester, Neil has held visiting Professorships and Fellowships at Westminster College, Missouri and St Catherine’s College, Oxford.

Aristocracy, Democracy, and Dictatorship. The Political Papers of the Seventh Marquess of Londonderry is now available, online and in print, from Cambridge University Press, as volume 63 of the Royal Historical Society’s Camden (fifth) Series. Read Neil’s Introduction to the new collection on Open Access.

ABOUT THE RHS CAMDEN SERIES

The Camden Series is published by Cambridge University Press and now comprises over 380 volumes of primary source materials, published between 1838 and 2022. More on the RHS Camden Series.