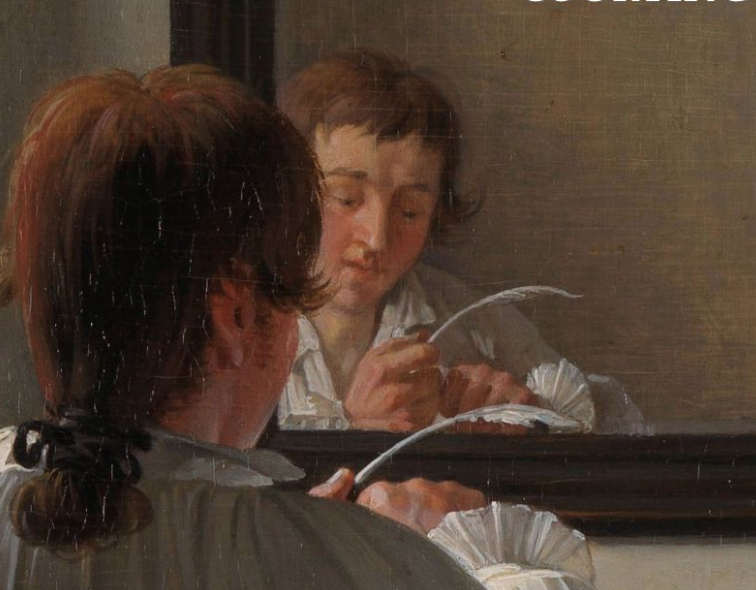 Poets Laureate of the Long Eighteenth Century: Courting the Public

To coincide with publication of his new monograph — The Poets Laureate of the Long Eighteenth Century, 1668-1813. Courting the Public — Dr Leo Shipp charts the rise and role of the laureateship from John Dryden to the appointment of Robert Southey.

Respectable and dynamic, the laureateship was positioned at the interface of court and public, and evolved in line with changing concepts of court culture. Studying the laureateship reveals the court’s enduring prominence and adaptability as a site of cultural activity in late Stuart and Hanoverian Britain.

Leo’s book, published on 31 August 2022, is the 14th title in the Society’s New Historical Perspectives series for early career historians, with the Institute of Historical Research and University of London Press. As with all books in the series, The Poets Laureate of the Long Eighteenth Century, 1668-1813. Courting the Public is available in print and as a free Open Access download.

My new book examines the office of poet laureate in Britain in the long eighteenth century. The office was a creation of the later Stuart period: in 1668, Charles II appointed John Dryden poet laureate by letters patent, granting him a salary but not enjoining any specific duties on him; then, between 1689 and 1714, the laureateship developed into a functionary office under the lord chamberlain’s authority, responsible for producing two odes a year that would be set to music and performed at court on New Year’s Day and the monarch’s birthday.

Over the course of the eighteenth century, the printing of these odes became increasingly common and widespread, and they received increasing numbers of public performances. In 1813, Robert Southey was appointed laureate; and, because his tenure transformed the office, my book ends at this point, giving some consideration to why Southey was chosen but not to his laureate career. 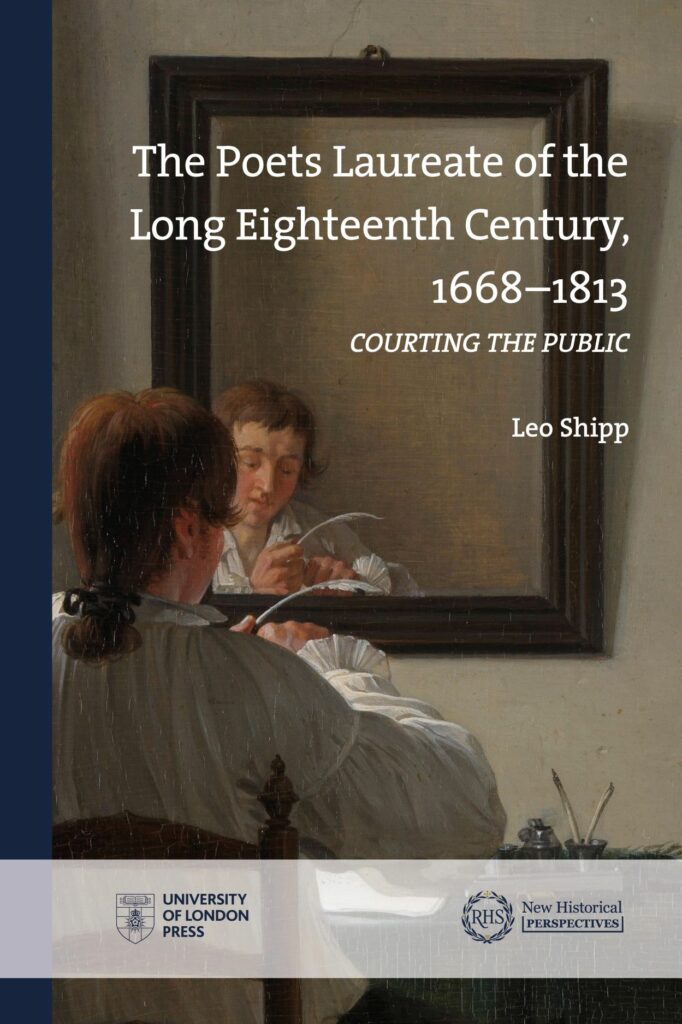 Taking an interdisciplinary approach, The Poets Laureate of the Long Eighteenth Century examines the office’s institutional changes and public reception, the mechanics of each laureate’s appointment, and the works produced by the laureates before and after their appointments. It is based on institutional records, letters, periodicals, and other archival and printed sources. I demonstrate that the office remained hugely prominent, relevant, and respectable throughout the period, and argue that it played a key part in some of the most vital trends in eighteenth-century culture.

I feel fortunate to have discovered this topic, and to have found it so little studied by previous scholars. The idea originally came about because, during my History BA, I wanted to write an interdisciplinary dissertation on the Romantic period. Jonathan Conlin, my supervisor, encouraged me to find a less popular topic than my original choice – William Wordsworth – and eventually I settled upon the 1813 poet laureateship election process, in which first Walter Scott, then Robert Southey, were offered the role.

That dissertation, after subsequent research, led in 2021 to an article in the English Historical Review in which I used the appointment to comment on national identity and partisan politics during the Napoleonic Wars. Meanwhile, it seemed natural to extend my laureateship research further, and to cover the long eighteenth century as a whole, in the context of an MA dissertation, then PhD, then monograph. 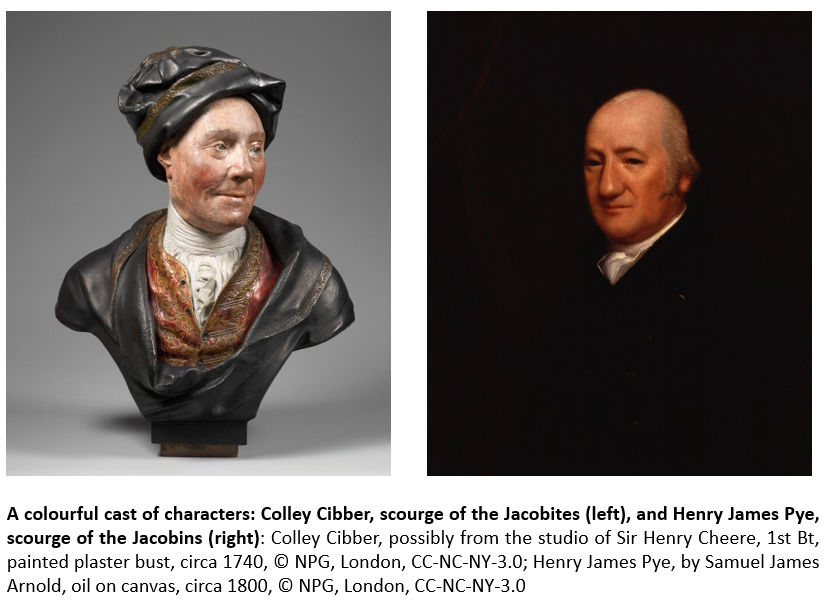 A number of features made the subject of the poets laureate attractive to me. Firstly, they were a fascinating and diverse bunch of writers: John Dryden, the canonical poet and critic, and (though not so canonically) one of the leading tragic and comic playwrights of his time; Thomas Shadwell, Dryden’s great rival in politics and playwrighting; Nahum Tate, Shakespeare adaptor, religious writer and panegyrist of all things virtuous; Nicholas Rowe, place-hunter, she-tragedian and Whig; Laurence Eusden, drunken parson; Colley Cibber, actor-manager of Drury Lane and major playwright; William Whitehead, mild-mannered house-poet of the Jersey and Harcourt families, expert in many different genres; Thomas Warton, Oxford Fellow and great historian of English literature; Henry James Pye, MP and magistrate, sneered at by some, but also much-celebrated in his day for his profuse writings; and (though I do not deal much with him here) Robert Southey.

Not only is this a colourful cast of characters, but – surprising as it may sound – at the time of their appointments, most of them were amongst the leading writers of their day in at least one genre. Tate, Eusden and Pye are the exceptions, but even Tate and Pye were well-established and widely-respected writers, and, as Thomas Gray later stated, Eusden was a promising young poet.

The laureateship sits at the interstices of a number of different fields of eighteenth-century activity … and the office and its development is relevant both to scholars of History and English Literature.

Secondly, the laureateship sits at the interstices of a number of different fields of eighteenth-century activity: it was a courtly office, bestowed by the choice of monarchs, politicians and court officials; its occupants published ex cathedra and non-ex cathedra works for the reading public, and, as mentioned above, moved in various spheres; and the office and its development is relevant both to scholars of History and English Literature. Thirdly, insofar as the office has been previously studied at all, it has been treated in a rather dismissive way that allows me, as its dedicated scholar, to vaunt myself over straw men. 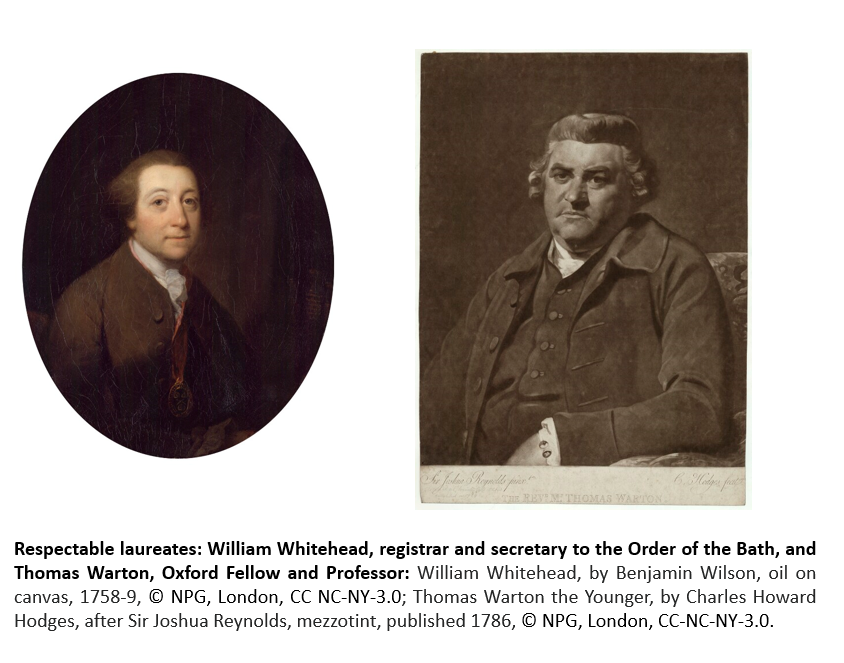 However, there is far less room for vaunting and straw men when it comes to the wider topics with which my book engages. A study of the laureateship, I argue, is key for our understanding of the court, the public, national identity and changes in cultural production and consumption over the course of the long eighteenth century.

Courtly authority and agency evolved in dialogue with the public; the court’s role adapted, rather than lapsed. The laureateship provides an excellent case study of what such adaptation and evolution meant in practice.

As such, I engage closely with the scholarly narratives and debates that define these topics. Broadly speaking, I take the moderate revisionist stance that is seen in the work of, for example, Hannah Smith; that is, I agree to a certain extent with the narrative defined by scholars such as Jurgen Habermas, John Brewer and Robert Bucholz, in which the court ceased to be the centre of cultural, social and political life and a middle-class public became more important in each of these areas. At the same time, I demonstrate that the court nonetheless remained a key player throughout the long eighteenth century. Courtly authority and agency evolved in dialogue with the public; the court’s role adapted, rather than lapsed. The laureateship provides an excellent case study of what such adaptation and evolution meant in practice, and how exactly the court functioned vis-à-vis the public.

Yet my book avoids the paradigm of the Habermasian ‘public sphere’ that has dominated scholarship on eighteenth-century cultural and literary history. Instead – in perhaps my most original historiographical contribution – I employ a new research paradigm that I call the conceptual geography of culture.

My book shows both that Britons routinely used spatial concepts to understand culture throughout the period, and that the spaces denoted became more abstract over time. As part of this, the court evolved from a defined site in London to an abstract space capable of hosting the entire British public. The laureateship was a dynamic office positioned at the interface of court and public, evolving in line with its audiences. It exemplified the court’s enduring centrality to the British conceptual geography of culture. 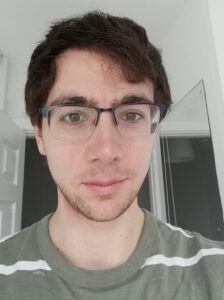 Dr Leo Shipp is a postdoctoral researcher at NUI Galway, working on Professor David O’Shaughnessy’s ERC-funded project, ‘Theatronomics: The Business of Theatre, 1732-1809’. He also teaches in the History department there. Leo’s doctoral research at the University of Exeter was funded by the AHRC through the South, West and Wales Doctoral Training Partnership.

For more on the series, what it offers, and how to submit a proposal, please see the NHP page of the Society’s website.

The Poets Laureate of the Long Eighteenth Century, 1668-1813. Courting the Public is the fourteenth title published in the NHP series. Other monographs and edited collections appearing in 2022 include:

All titles are available in paperback print and as free Open Access downloads, from University of London Press and via University of Chicago Press in North America.