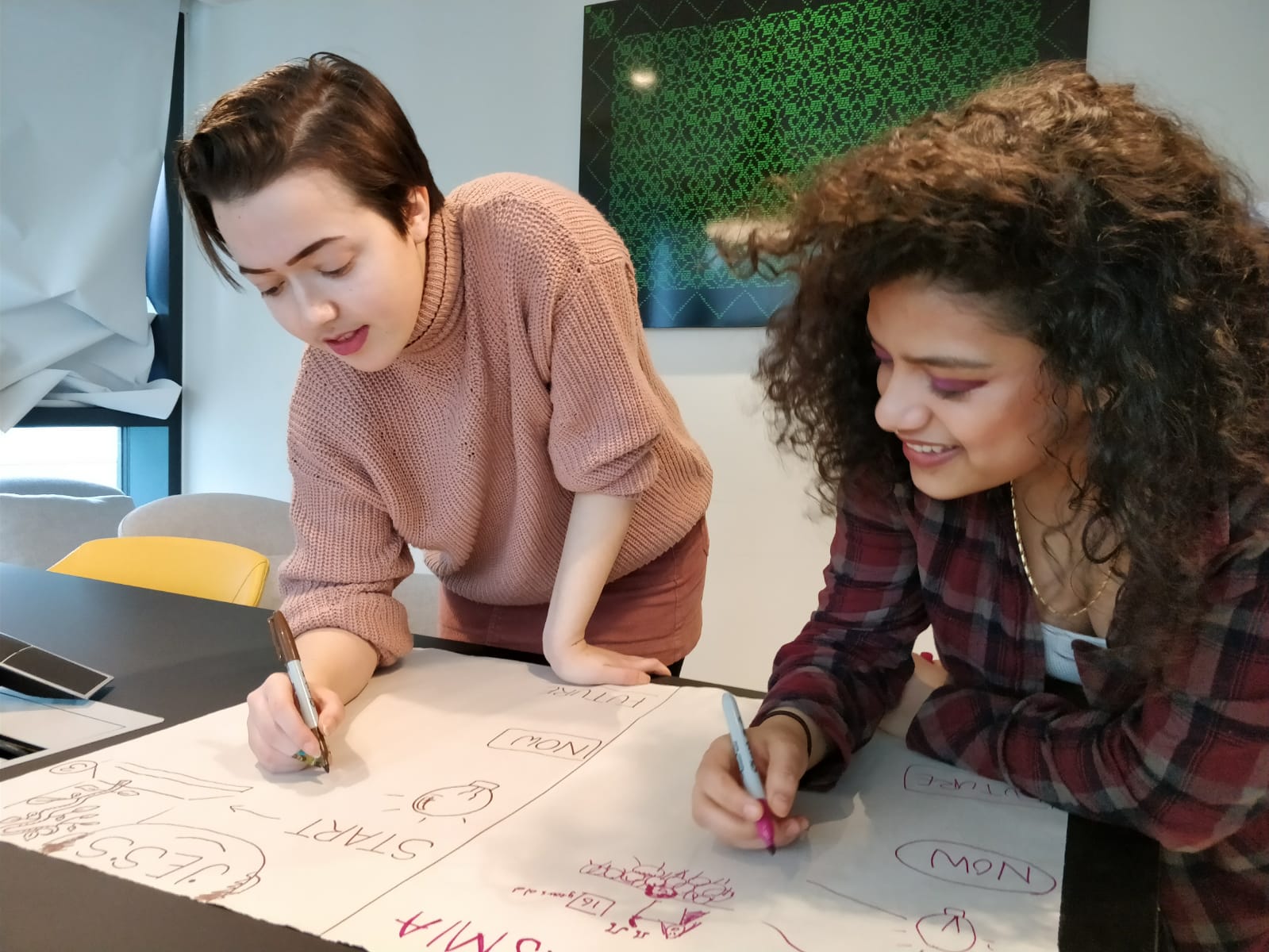 ‘We wanted to create a space where people could speak their truths, they could feel they were representing themselves.’

In this latest post in the ‘Writing Race’ series, Sarisha Kumar, Head of Talent at Poet in the City, describes recent projects that engage with the legacies Britain’s colonial past.

Sarisha works with culture and heritage organisations across the UK to reveal the hidden stories of museum objects, as well as the lived experiences of British people, whose cultural identities have been shaped by colonialism.

As Head of Talent for national arts organisation, Poet in the City, my role involves giving young people a stake in cultural production by developing creative projects and working with organisations to embed youth voices and leadership within their programmes. Before getting my first job in the arts at the age of 21, I was one of the only students of colour on my theatre studies course, so had lived experience of being a young person wanting to see arts and culture that reflected and represented me.

For the last six years, I have been leading Poet in the City Producers, a training and professional skills development programme in London, Newcastle and Exeter, which gives young people the opportunity to produce work centering the issues that matter to them most at major cultural venues, handing over programming power to young people and supporting their first steps into careers in the arts. According to figures from Arts Council England, just 14% of staff from Black, Asian, or ethnically diverse backgrounds make up the country’s creative workforce. With over 60% of participants coming from global majority backgrounds, Poet in the City Producers is directly contributing to increasing diversity within the cultural sector.

The Role of Creative Producers

Why is this important? Creative producers have the power to make and shape the cultural landscape, the art we see, and the stories that get told. By empowering a generation of producers that champion the art and stories that have historically been pushed to the margins, we are creating space for new narratives and giving different communities a stake in our shared British heritage.

Museums are inherently colonial institutions. They possess vast troves of treasure looted (see: “acquired”) from far off lands by wealthy collectors amassing riches through the exploits of Empire, put on display for us, the public – many of whom share similar origins to the objects – and housed behind glass and security tape. They are also vast playgrounds in which to explore identity and origins, power and politics. The two projects outlined below are examples of co-producing the telling of these stories with young people, and the opportunity this gives us to dismantle existing power structures within colonial institutions.

sacrifices to singe the flesh, sing it anew, topple the food chain

Before Collection. After Disappearance.

Excerpt from The Business of Heirlooms by Momtaza Mehri, poetic minutes of a youth roundtable commissioned for this project by Poet in the City and Wellcome Collection. 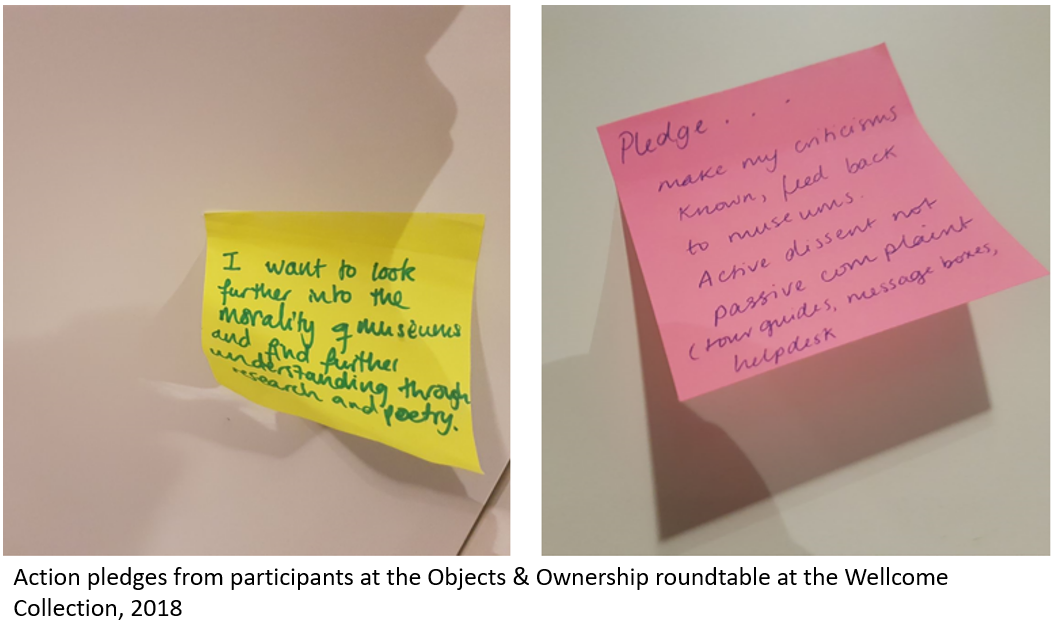 You Don’t Own Me

In 2018, Poet in the City Producers partnered with the Wellcome Collection and their RawMinds Ambassadors to explore the ‘quieter’ stories behind objects in museums: Where do they come from, what are the origin stories of these objects on display in our public galleries and exhibitions?

We considered who (if anyone) owns the objects on display. Is it the museum itself? Is it the general public, whose taxes fund the majority of the UK’s museums and galleries? Or is it the home of the object – the original locations and communities from which these busts, bronzes and in some cases, human remains were taken, often through circumstances of violence and conflict?

By posing these questions, we hoped this project would open up public discourse around how objects in our museums came to be here, no matter how uncomfortable the answers might be. For many British people of colour, who came to live and be born here as a result of empire, it can be an uncomfortable experience to consider the real stories behind the objects’ arrival to these isles, and how these journeys may be inextricably linked with our own.

The museum’s namesake, Henry Wellcome, was a ‘pharmaceutical entrepreneur’ and along with funding significant biomedical research, spent his life collecting various medical objects from across the globe.

‘This kind of collecting relied on and fuelled a market for such items that was driven by colonial activities and open to exploitative trading. Many objects were taken out of their social and cultural context and used to sustain a narrative that assumed European superiority.’ (1)

Using the Wellcome Collection’s permanent Medicine Man exhibition and Henry Wellcome’s life and legacy to prompt ideas, we were taken on a tour by museum staff and let into a behind-the-scenes curatorial process. We learned that labels have a limited word count and are often interpreted by people who do not have first-hand knowledge of these cultures, meaning that context is removed from the display of these objects and a sanitised view is prioritised.

This project exemplified how poetry can help us humanise the lives of objects and engage young people with museums by handing over curatorial power, and inviting them into decision-making processes. 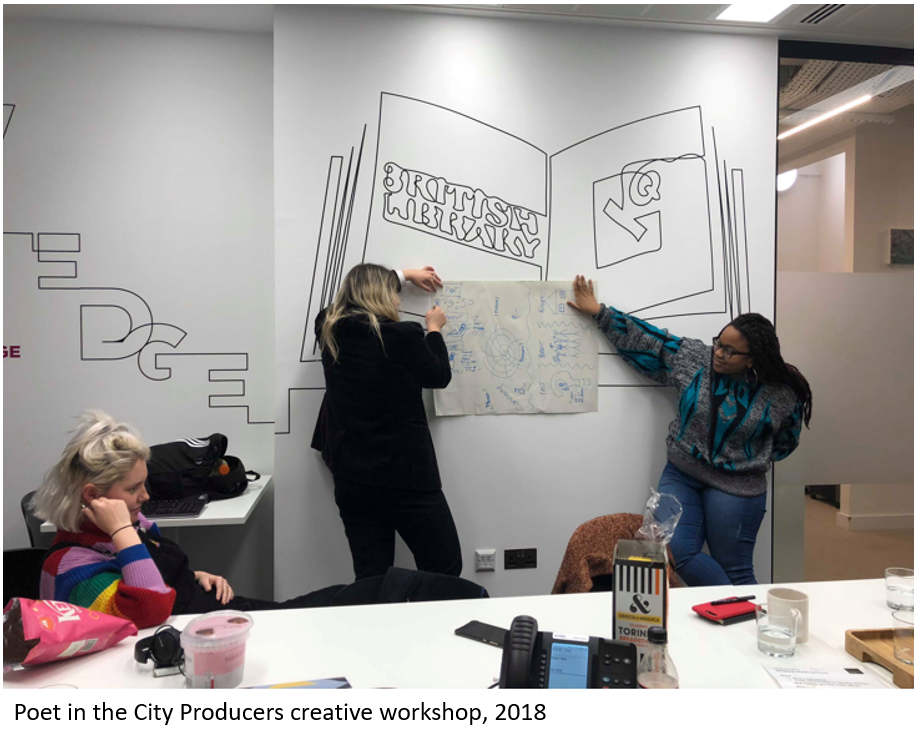 The final product was a Late-Night Takeover of the Wellcome Collection completely curated, produced, hosted and led by young people: You Don’t Own Me. The evening featured Truth Be Told Tours, alternate history tours of the Medicine Man gallery, and a live event featuring performances from poets Rachel Long, Dean Atta and Maddy Maxwell-Libby, with a spectacular finale from Pecs Drag Kings, an all-female/non-binary theatre and cabaret company, which encouraged visitors to be loud, wear bold colours and take ownership over museum spaces and our own bodies. In other words, to be comfortable with being uncomfortable.

‘Colonial nostalgia continues to permeate every aspect of life in Britain today, and for me as a museum curator you still see it in the way museum collections are curated, interpreted, in terms of who works there and what kinds of people are given voice in those institutions … as we have younger people coming up and more people of colour feeling that they can have a voice, things will change.’ 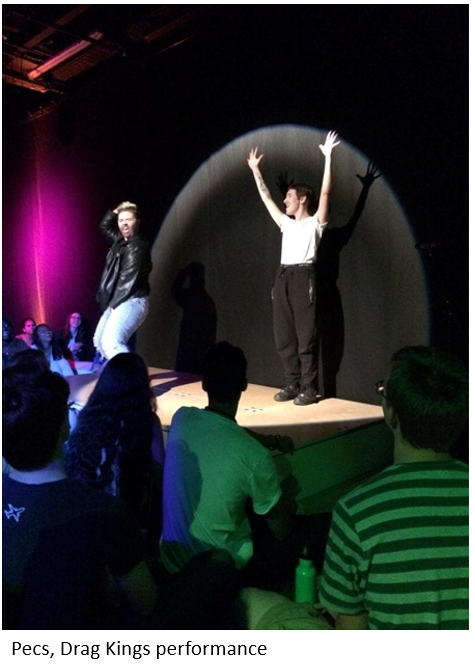 As both a producer and consumer of culture, I have always found most compelling the stories of temporal entanglement, where the past, present and future are not discrete or cut off from one another, but remain in conversation and impact on our lives.

I had never learned about the British Empire at school, and in growing up found that most of my peers had not either. Unless we had specifically elected to study it at university, everything we knew about colonialism had been self-taught and researched outside formal academic settings. This is quite shocking, considering the impact this significant era of our shared history still has on British lives today. It is this country’s general lack of knowledge (or acknowledgment) of the impact of Britain’s overseas exploits during the time of its empire (ending as recently as 1997 with the return of Hong Kong to Chinese sovereignty), which directly contribute to our warped perception of nationhood and fantasies surrounding imperialism. Monuments to this era also have a role to play in the formation of our national identity.

2019 saw a host of political upheavals in Britain, a country still reeling from the Brexit vote, which not only resulted in a 25% increase in hate crimes, but left most of us questioning – what does it mean to be British?

I mulled over this conundrum during the development of this project with Donna McDowell (former Head of Families and Learning at St Paul’s Cathedral) and Grazyna Richmond, Aaron Paterson and Zahra Dhalla (the Learning Team at Westminster Abbey). It was clear we all thought heritage sites had a responsibility to examine critically their histories, and we recognised that by not doing so, these sites perpetuate a false narrative with real-life implications.

Therefore, we invited Poet in the City Producers to create a live event at the heart of St Paul’s Cathedral, with a brief to deconstruct how empire made them feel about their identities as young people in Britain today.

‘This idea of “Britishness” is the idea that we’re separate to everybody else and everything else and the arts can play a pivotal role because it can transcend that.’ 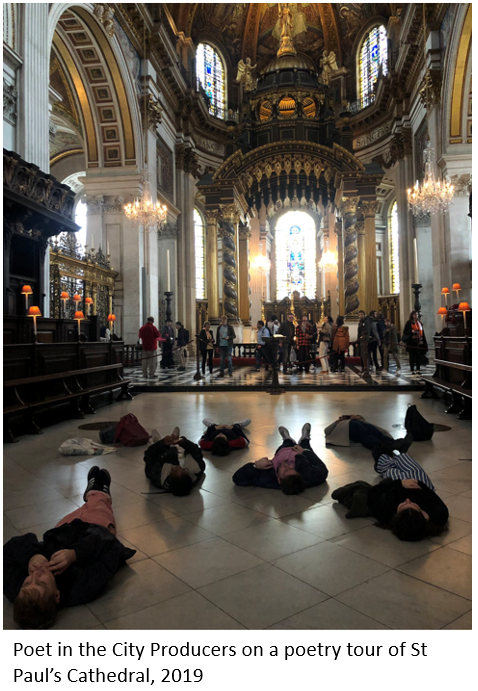 Following a poetry tour of St Paul’s Cathedral, which houses a memorial to British poet William Blake, we considered the words of his poem-turned-hymn Jerusalem. Often held up as a symbol of Britain’s colonial ambitions, the poem yearns for “England’s green & pleasant land”, which prompts the question: did this idyllic time ever exist, and could it ever be returned to today? Inspired by this provocation, the young producers curated an event – which ended up taking place days before the 2019 General Election – and considered the real-life implications of ‘colonial nostalgia’.

‘When we talk about British values, for me, how I read that is hegemony, a cultural hegemony that the British empire consecrated throughout its imperial projects throughout the world. We just don’t use that language anymore.

We now have the term “British values”, which means that either you assimilate to our way of doing things or you leave, you’re not welcome here … a lot of the time the people that have migrated here over the last fifty, sixty years have been children of empire, they’ve been people that have come from places that Britain were first. So, part of my gripe with the way empire is remembered and discussed is that we don’t take into consideration these groups of people who either were invited here or were forced to come here during that period, and what Britain did to those countries in order to cause mass migration in the way that they did.’

Featuring poets Anthony Anaxagorou and Imtiaz Dharker, bassoonist Linton Wesley Stephens, and hosted by curator Dr Sona Datta, the programme explored ideas and ideals of ‘Britishness’ as experienced by them as individuals and artists. The event sold out to an intergenerational audience of 120, with over half from Black, Asian or ethnically diverse backgrounds, and keen to attend a similar events in the future.

Creative production, along with the opportunity to collaborate with museums and heritage sites, gives me the opportunity to work on projects which rediscover, re-imagine and reclaim histories that have been built over and white-washed.

Today, against the backdrop of the government’s ‘retain and explain’ policy, it is  important that we continue to create public forums through which to deconstruct our heritage and arrive at a more informed understanding of our past.  Co-producing with young people enables us to disrupt embedded colonial and hierarchical structures within institutions by handing over power to communities whose lives have been impacted by colonialism. This ensures that they can create spaces and platform voices which represent themselves. 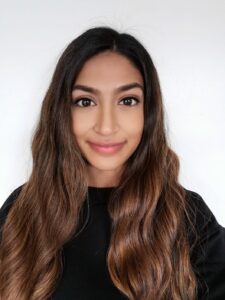 Sarisha Kumar is a creative producer and facilitator. As Head of Talent at Poet in the City, she leads Poet in the City Producers, a national creative skills training programme for young producers in London, Newcastle and Exeter.

In 2020, Sarisha set up the National Producers Taskforce, a network of cross-sector organisations addressing key issues surrounding producer talent development and career pathways. Outside of her role at Poet in the City, Sarisha is a trustee of the Almeida Theatre and a Clore Emerging Leader 2021.