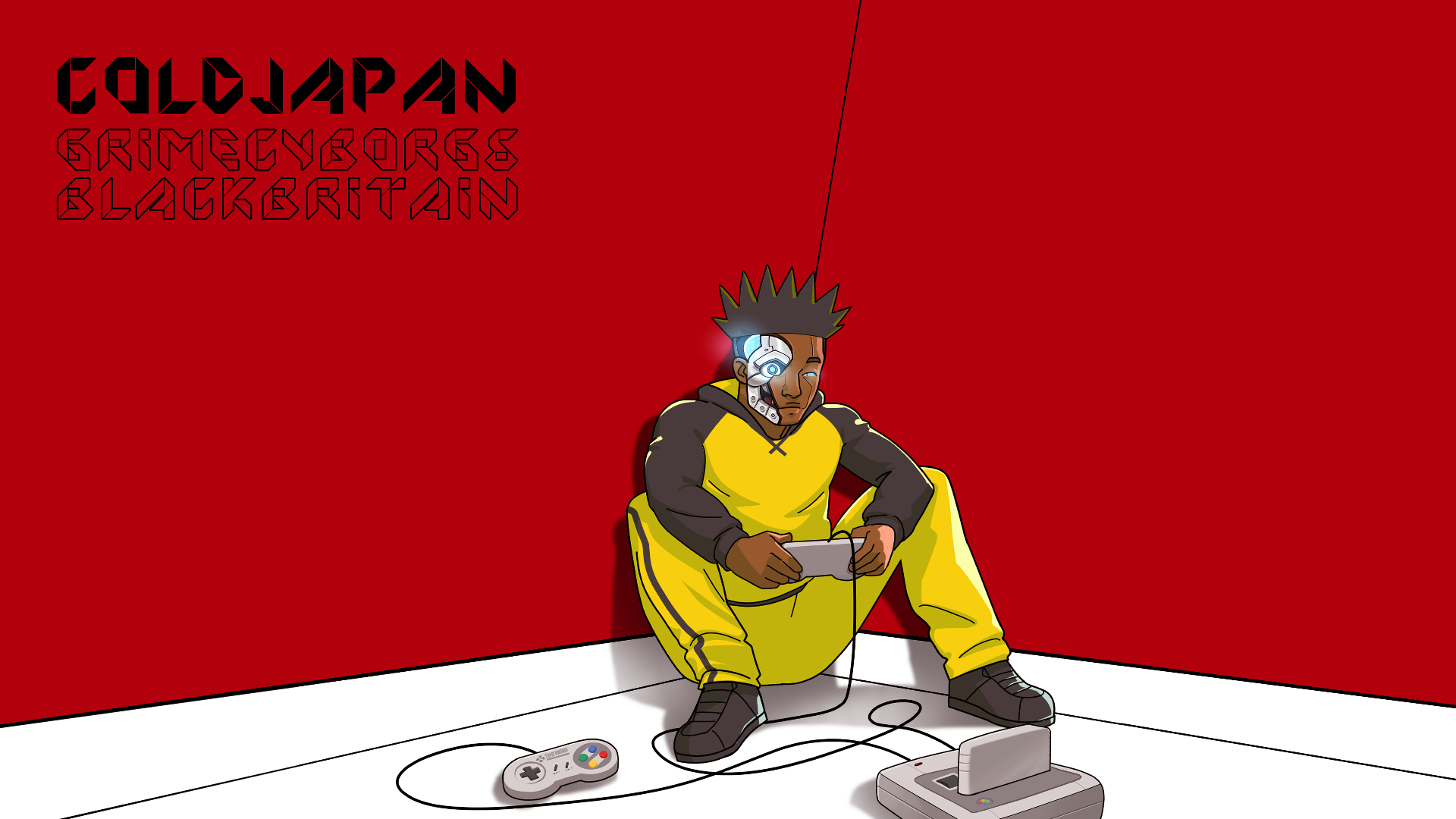 The ‘Endz’ of Black British History: Recovering the Unrecoverable

In the latest post in our ‘Writing Race, 2’ series, Warren A. Stanislaus considers the potentiality of Black British History: one more porous and expansive than is currently imagined. In doing so, Warren engages with extra-territorial zones that don’t comfortably fit with an establish framework of the Empire Windrush and its Atlantic voyage.

‘There are probably no Black British-Japanese connections anyway so I wouldn’t spend your time looking.’

Receiving these words of guidance from a professor at a conference came as a shock to the system. A shock because my own journey and encounters as a student of Japan(ese) testifies to its plausibility. A shock because the existing historical record and the perceived recentness of a Black and British identity seemed to confirm an assumed impossibility of past Black British-Japanese encounters.

By this point I had already combed through volumes of books on Anglo-Japanese exchanges and any other sources I could access that would potentially offer up even a glimpse of a lead. I can still vividly recall a moment sat in the National Diet Library in Tokyo when I somewhat naïvely assumed that a reference to one ‘Lord Kitchener’ was the surprising link I had been searching for. My celebratory humming of that Empire Windrush classic, London is the Place for Me, was quickly cut short when the penny dropped that the book wasn’t referring to the grand master of calypso music.

The challenges of Black British history

David Olusoga identifies the particular challenge of Black British history as one of ‘recovery…about finding people in the past, finding connections that have been deliberately obscured and trying to draw these links.’ To be sure, thanks to the significant research and public contributions of historians such as Olusoga, scholarship is increasingly unearthing and recognizing the hidden figures and ‘forgotten’ histories that demonstrate the ‘Staying Power’ of Black people in Britain, that one can be both ‘Black and British’ – or even ‘Brit(ish)’ – all working together to put the ‘Black in the Union Jack.’

What happens, then, when there isn’t anything to recover? When linkages are situated beyond the realms of imagination and existing colonial contours, and so they don’t exist. When something is at once both Black British history and not Black British history at all, and because it was meant to be so. Meant to be out of this world. That’s exactly how the self-proclaimed godfather of grime music, Wiley, describes grime in his book, Eskiboy. ‘You hear people talking about the grime sound coming from another planet? Well, that’s because it does.’

The roots of grime and imagined Japanese futures

Emerging in the early 2000s out of council estates and pirate radio stations in London, grime is a DIY subculture that traces its roots to an eclectic mix of genres including jungle, garage, hip hop and Jamaican soundsystem culture. Grime is often described in shorthand as (Black) Britain’s take on rap music by way of explaining its urge towards a countercultural expression of life on the margins. Over two decades on since its inception, grime music has garnered mainstream popularity as exemplified by the success of artists such as Stormzy and Skepta, and is now regularly celebrated as the new punk.

My article published in the Japan Forum, which explores the intimacies between grime and Japanese pop culture speaks to this challenge of Black British history – of recovering the unrecoverable. I argue that we cannot fully understand Black British urban life and youth identity formation without considering the centrality of imagined Japanese futures and the transnational spread of Japanese pop cultural artifacts beginning in the late 80s and 90s.

Black British life is fused with the wires and worlds of Japanese games consoles, video games and anime series. The hybrid grime cyborgs that emerged remixed and recombined these components ‘made in Japan’ as a form of expression, and simultaneously remixed themselves. This gives a totally new layer of meaning to the lyrics by one of the pioneers of grime, Jme: ‘Before grime, never had a voice / Grew up in Tottenham, I never had a choice.’ 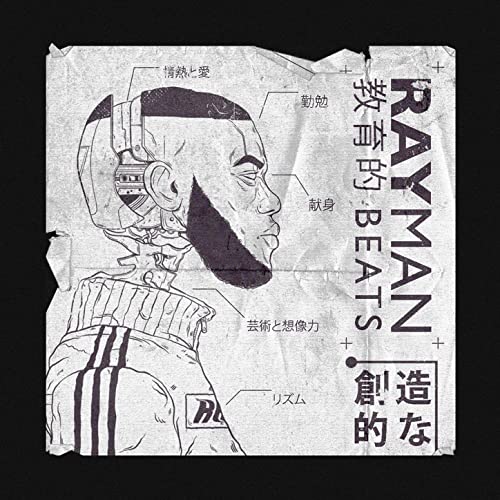 Song artwork for League of Legends (Freestyle) (2018) by Raymanbeats and Blay Vision. Reproduced with permission.

Does Black Britain stop at the borders of empire?

Yet, it is precisely these types of transnational connections and entanglements that are believed to be incompatible or perpetually mutually exclusive – and never the twain shall meet. Black Britons, and by extension grime, are routinely only imagined to be bound to the UK’s inner cities and the ‘endz;’ a slang word used to describe one’s local area or the streets. ‘Everywhere, the “street” is considered the ground and guarantee of all reality, a compulsory logic explaining all Black Music,’ in the words of music writer and theorist Kodwo Eshun. Or more fundamentally, the ‘endz’ of Black Britain necessarily stops at the borders of empire, conceptually limited by its constricting temporal and spatial categories.

If we are just beginning to conceive of a Black British history that can stretch back past the Empire Windrush or one that can traverse its Atlantic voyage, then what of the extra-territorial zones or intellectual and cultural pathways that don’t comfortably fit within this frame? Tao Leigh Goffe puts it this way when speaking of the ‘forgetting’ of Afro-Chinese histories and people in the colonial Caribbean, that they are ‘an example of what it means to be beyond the interest or comprehension of coloniality.’

How grime transgresses boundaries of comprehension

The example of grime affirms that the ‘endz’ of Black British history and bodies (intentionally) transgress these boundaries of comprehension, and extend further to time-spaces and subjectivities that are inconceivable. Indeed, while grime’s sonic routes traverse the endz of UK inner cities and the Black Atlantic, they also glide across the physical and virtual worlds of Japanese pop cultural artifacts and alternate ‘Japanese’ futures. It subverts Black British history and historical time as we know it, for it is a different and impossible time that they inhabit – it’s 140bpm time (grime’s signature high-speed tempo). As Wiley writes on rapping and riding the rhythm, ‘we’re spitting at 140 miles an hour; you can’t always understand how we do it.’

‘Cyborg in da Corner’ designed by Jason Adenuga. Conceptualised in collaboration with the author.

Seeing, hearing and feeling the ‘endz’ of Black Britain

The challenge of Black British history is also one of extending the ‘endz’ of what is conceivable so that we can recover the cyborgs and hybrid connectivities that slipped out of history and have landed in other futures. Fortunately, grime has left traces and sonic fragments behind to us from somewhere out there in the future.

Alongside attempting to piece together these impossible connections in writing, I collaborated with the digital artist Jason Adenuga (@jasonoia) to produce an article ‘album’ cover, if you will, which in a nod to grime artist Dizzee Rascal’s iconic 2003 Boy in da Corner album cover, tries to visualise aspects of grime’s mixedness. Similarly, I curated a Spotify and YouTube playlist that weaves in and out of grime tracks and Japanese game and anime worlds to demonstrate that they were always interlocked. These also double up as public engagement projects that are theoretically congruent.

In the spirit of grime, these public-facing digital outputs ‘remix’ academic practices in the hope that people can see, hear and feel the ‘endz’ of Black Britain and Black British history, which has always been more porous and expansive than imagined. It’s always been here, over there, nowhere, and yet out there. 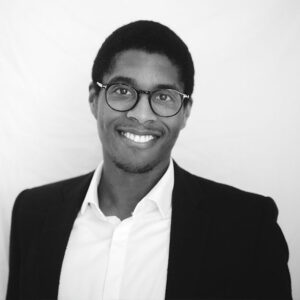 Warren A. Stanislaus is a DPhil Candidate in History at the University of Oxford (Pembroke College). He teaches transnational and cultural history as an Associate Lecturer at Rikkyo University in Tokyo, where he developed the course ‘Afro-Japanese Digital Visions’. Warren received a BA in Liberal Arts from ICU in Tokyo and an MPhil in Japanese Studies from Oxford’s Nissan Institute (St Antony’s College).

Originally from South East London, he has spent 12+ years in Tokyo, speaks fluent Japanese and advanced Mandarin Chinese. Previously, he worked as a researcher at Asia Pacific Initiative, a Tokyo-based think tank. In 2019, he was named No.3 in the UK’s Top 10 Rare Rising Stars awards. Follow @warren_desu and warrenstanislaus.com.