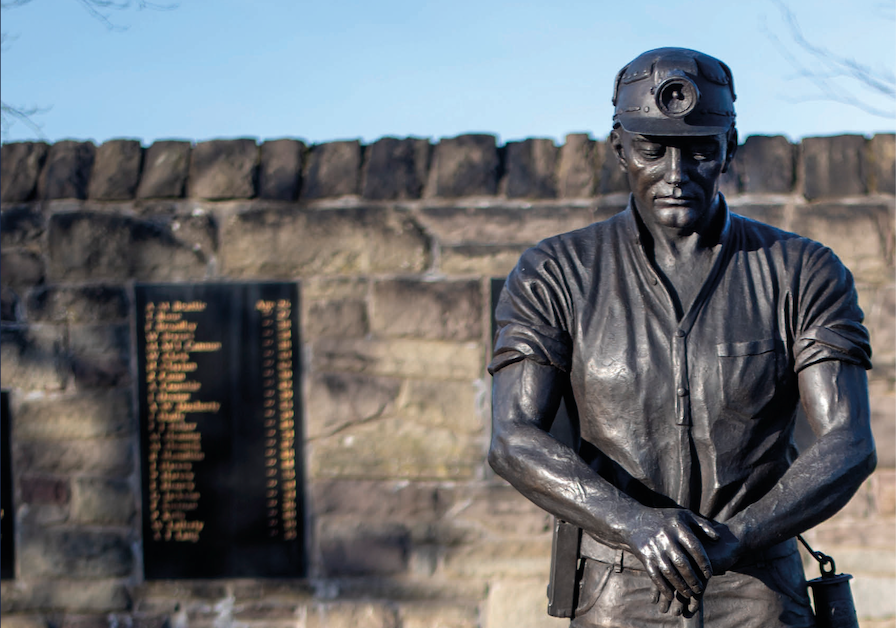 Travels in ‘Coal Country’ – and other New Historical Perspectives

New Historical Perspectives (NHP) is the Society’s book series for early career historians, published by the Institute of Historical Research and University of London Press. All titles appear as free Open Access texts, as well as hard and paperback print and eBooks. First titles in this new series were released in 2020, with volumes on — among other subjects — interwar Spain, medieval scholasticism and early modern masculinity and the Grand Tour.

2021 sees the next four titles in the NHP series. In this post Ewan Gibbs introduces his new book, Coal Country: The Meaning and Memory of Deindustrialization in Postwar Scotland, which came out in February. It’s followed by a preview of forthcoming titles — beginning with the essay collection Church and People in Interregnum Britain, edited by Fiona McCall and available from 23 June.

In 2002 miners rose for the last time from the Longannet drift mines complex, east of Kincardine on the Firth of Forth. With this came an end to the centuries-long saga of Scottish deep coal mining. In my new book, Coal Country: The Meaning and Memory of Deindustrialization in Postwar Scotland, I assess the transformations caused by the end of coal mining and the declining significance of industrial activities to Scotland’s economic output and employment. Coal Country combines an analysis of these changes at a structural and policymaking level with the recorded memories of former miners, and their wives and children, as well as other industrial workers who lived in the coalfields.

Deindustrialisation is often remembered as a swift and shocking series of events, especially through the lens of the 1984-5 miners’ strike and the closure of mines, factories and steelworks that contributed to mass unemployment under the Thatcher and Major governments. Yet these experiences were the outcome of a process that has evolved across a time period equal to an average human life span, the effects of which are still shaping culture and politics in Scotland today. 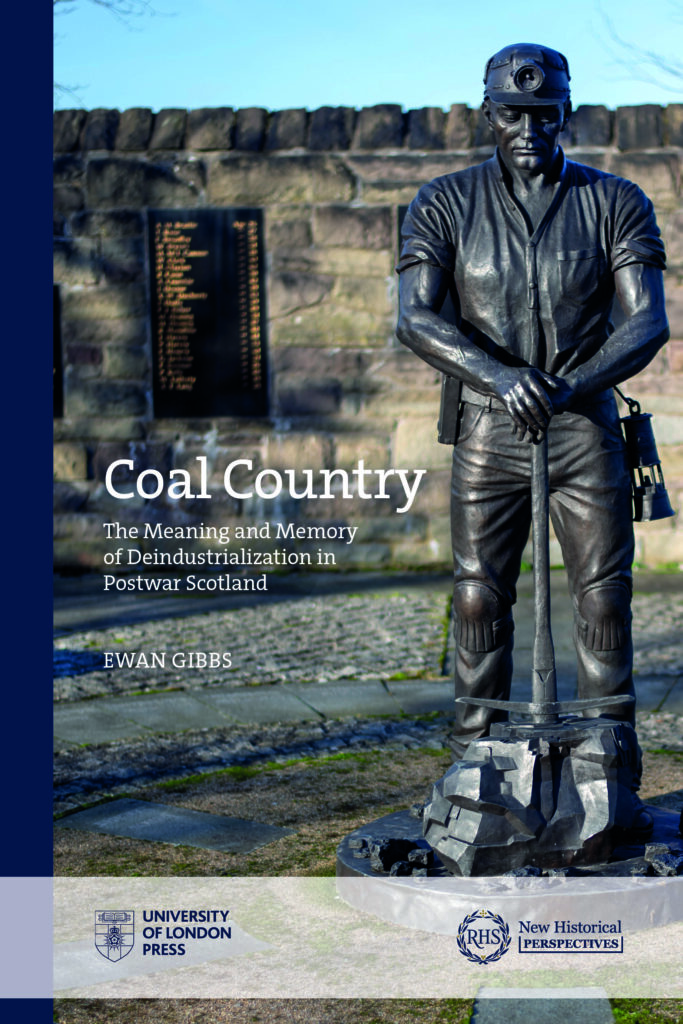 The long history of 80s’ deindustrialisation

Coal Country asserts that the profound impact of deindustrialization should be understood in the longue durée. Closing coal mines to invest in either oil-burning or nuclear power stations raises fundamental questions about a society’s relationship with natural resources and the organisation of the economy. Labour market changes and the cultural shifts associated with them have been transmitted generationally and are felt in changes to constitutional politics and national identity as well as in reconstructed gender relations. The injustices of the 1980s that dominate the public memory of coalfield deindustrialisation in fact draw their power from these longer experiences.

My research incorporates an assessment of policymaking with reference to National Coal Board (NCB) planning we well as industrial objectives within the Scottish Office and the UK’s broader energy strategy. Importantly, the NCB files also include the records of colliery consultative committee meetings that were part of closure processes under Britain’s nationalised coal industry. These were attended by colliery level workforce representatives as well as by trade union officials. In addition, the records of the National Union of Mineworkers Scottish Area (NUMSA) reveal the voices of both the leaders who were members of its executive and the pit delegates who spoke at its annual conferences.

These archival records are important in enabling me to reconstruct the experience of deindustrialisation without it being overdetermined by the events that followed. The first two chapters of Coal Country outline the development of coalfield contraction ‘from above’, through a policymaking perspective, and ‘from below’ at colliery level. British civil servants and Scottish Office policymakers welcomed the opportunity presented by investment in new forms of energy generation and the resulting release of labour to more productive manufacturing sectors. Coal miners and their union were willing to accept pit closures in return for an orderly transition to alternative jobs in other collieries and the reinforcement of labour markets by investment in mass production sectors.

The moral economy of the Scottish coalfields

Using colliery records enables me to trace the development of a moral economy that emerged through the conflicting expectations held by Coal Board managers and miners and their union in the Shotts area of Eastern Lanarkshire during the late 1940s. Managers expected a higher level of willingness to migrate to newer, larger collieries and modern housing in the Fife and Lothian coalfields. Following this, the nationalised period in Scotland was characterised by the consensual agreement of pit closures until the moral economy was abandoned in favour of aggressive anti-trade unionism under the Thatcher government.

The moral economy is borrowed from E.P. Thompson’s assessment of the customs of eighteenth-century English food rioters. It’s further enriched by the concept of the ‘double movement’ proposed by the political economist, Karl Polanyi. Polanyi explained how industrialisation entailed a liberal movement that uncoupled the market economy from traditional social safeguards before that liberalisation was in turn met by a countermovement that sought to re-embed economic activities with societal norms. The participants in the oral history interviews that comprise the other major source in Coal Country understood public ownership in countermovement terms: as the outcome of a long struggle that extended through collective memories and family stories of injustice. These included death and injury as well as blacklisting and victimisation under private ownership during the interwar period. 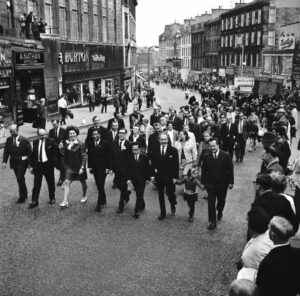 The countermovement also had a territorial logic. As deindustrialisation progressed, the coal industry centralised; this meant that important decisions on the future of Scottish coal mining were increasingly made in London. Along with growing dependence on UK energy policy and power station investment decisions, these changes encouraged the articulation of opposition to colliery closures through a Scottish national lens. Those developments are most readily visible in union records that reveal the NUMSA’s increasing support for home rule, but also through the tendency for industrial closures to be remembered in Scottish national terms.

The value of the testimonies lies in the recollection of subjects not covered in the archives.

Through archival research and oral testimony, Coal Country combines a close reading of the industrial experiences that altered the politics of class and nationhood, with an understanding of what those changes mean in the former coalfields during the twenty-first century. Furthermore, the value of the testimonies lies in the recollection of subjects not covered in the archives. 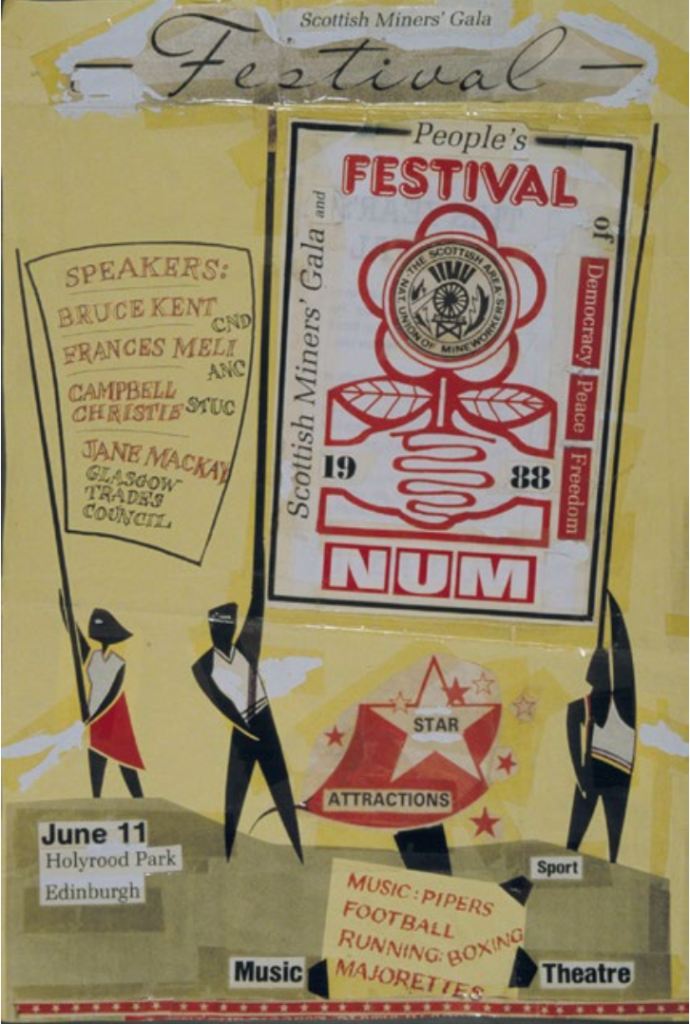 These include changes in household gender relations associated with the growth of paid employment for women, initially in factories and later in services, and men’s corresponding withdrawal from the labour market.

Many of my interviewees recounted fond memories of the period between the 1940s and 1970s recalled as a time of growing working-class living standards, strong trade unions and high employment rates. Yet this was also tempered by recollections of social conservatism, sexism and the dangers of coal mining.

The testimonies demonstrate a form of radical nostalgia whereby positive memories of the past are not crudely rose-tinted but used instead to make pointed criticisms of the present.

Published in Spring 2021, Coal Country appears as a global discussion on the next energy transition is developing. Once again, themes of justice for workers and communities are at the forefront. There is much to be learned from the experience of the last transition to ensure a more just outcome in this one. 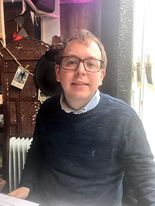 Dr Ewan Gibbs is Lecturer in Global Inequalities in the School of Social and Political Sciences, University of Glasgow

Ewan’s new book, Coal Country: The Meaning and Memory of Deindustrialization in Postwar Scotland, was published in February 2021 as part of the Royal Historical Society’s ‘New Historical Perspectives’ series. Available free as an Open Access text, Coal Country is also available in hard and paperback print and Kindle from University of London Press. Print edition discounts (of 30%) are available for all: in the UK, EU & ROW using the code COAL30 from here; and in North America via University of Chicago Press using code RHSNHP30 from here.

IMAGE HEADER: Detail of the Auchengeich Mining Disaster Memorial, Moodiesburn © John O’Hara (2019), reproduced on the cover of Coal Country. The Meaning and Memory of Deindustrialization in Postwar Scotland.

Coal Country is the first of four New Historical Perspectives titles published in 2021 by the University of London Press. The next three books in the series are all edited collections bringing together new work on the mid-seventeenth-century church, women and the professions in modern Britain, and the politics of international women’s suffrage at the turn of the twentieth century. 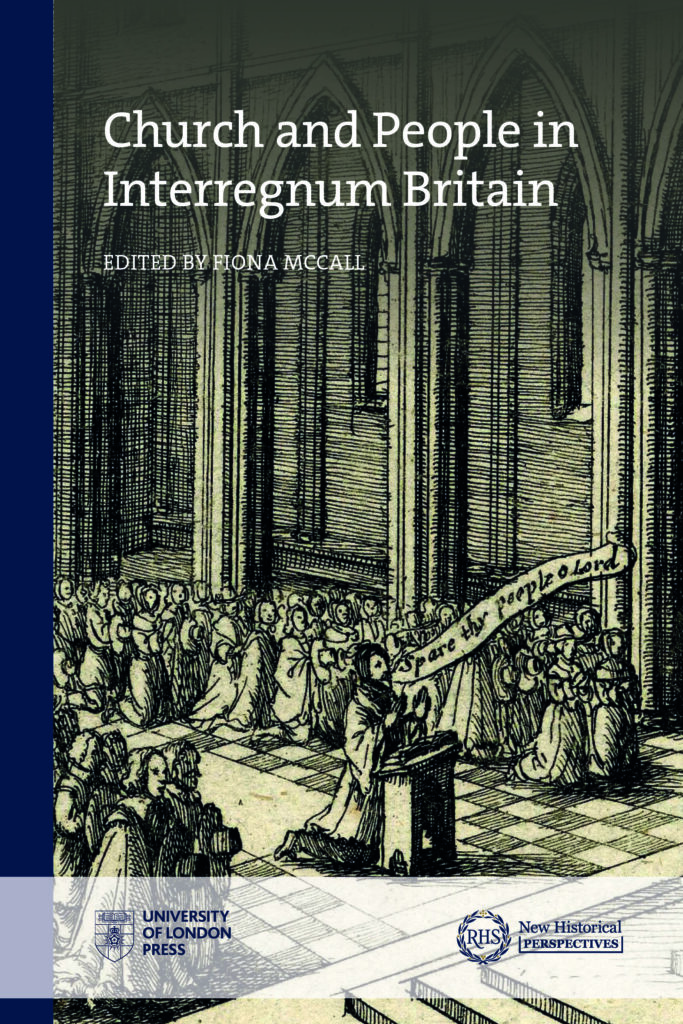 23 June sees publication of Church and People in Interregnum Britain, edited by Dr Fiona McCall. The collection includes essays exploring reformed church government, the clergy of the Commonwealth, and the persistence of traditionalist religion between the late 1640s and early 1660s.

The ‘Godly religious rule’ that followed the English civil wars has been significantly neglected by historians, with remarkably little known about religious organisation or experience at a parochial level at mid-century. Church and People in Interregnum Britain addresses these issues by investigating important questions concerning the relationship between religion and society in the years between the first civil war and the Restoration. 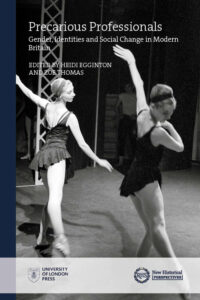 The next two NHP collections will appear in October and November, with both titles offering a range of perspectives on women’s professional and political lives and identities. In Precarious Professionals. Gender, Identities and Social Change in Modern Britain—edited by Heidi Egginton and Zoë Thomas—the authors uncover the inequalities and insecurities which lay at the heart of professional life in nineteenth- and twentieth-century Britain.

Precarious Professionals challenges conventional categories in the history of work, exploring instead the everyday labour of maintaining a professional identity on the margins of the traditional professions. 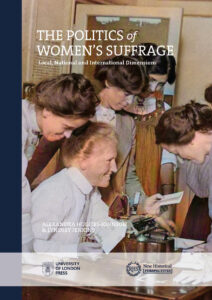 The Politics of Women’s Suffrage. Local, National and International Dimensions, published in November, provides a comparative approach to the political nature of women’s suffrage and its campaigns. Edited by Alexandra Hughes-Johnson and Lyndsey Jenkins, the collection studies activism across a range of organisational levels: from the English branch meeting to Scandinavian role models and North American speaking tours.

New Historical Perspectives titles for 2022 are also now in production. Publications due out between January and March of next year include Sarah Fox, Giving Birth in Eighteenth-Century England; Charlotte Berry, The Margins of Late Medieval London, 1370-1540; and Providing for the Poor: the Old Poor Law, c.1750-1834, edited by Peter Falcini and Louise Collinge.

Proposals are always welcome for the New Historical Perspectives series which is open to early career historians within 10 years of their PhD. All NHP titles appear as Open Access with author costs covered by the RHS and Institute of Historical Research.