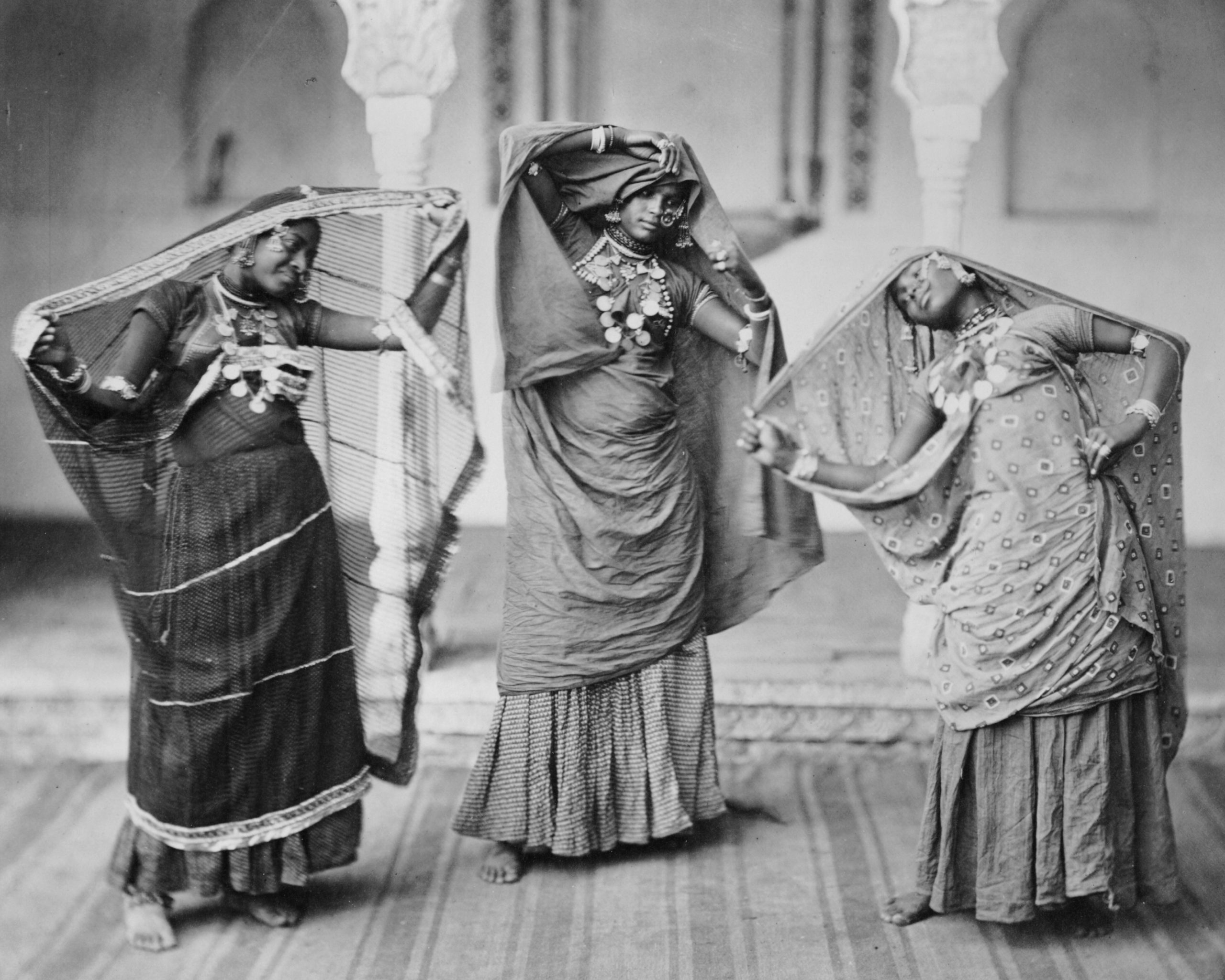 Race, Prostitution and the British Empire

In what ways did colonialism redefine and enforce concepts of sexual behaviour, and how do historians best recover the lives of those affected? In this fifth post of the RHS ‘Writing Race’ blog series, Sudeshna Chatterjee introduces her research on the governance of commercial sex work in British India. Reclaiming the agency of once marginalised individuals both enriches historical understanding, and suggests ways to study the activism of contemporary sex workers.

Gender, race and sexuality have emerged as significant issues in policy, academia and activism today. There is widespread acknowledgement in academic and policy circles about the need to deconstruct gender, sexuality and race as immutable identity markers, and the significance of colonial material relations in shaping norms and laws pertaining to gender and sexuality in postcolonial countries. Especially in the wake of racial justice and lgbtqia+ movements, a popular pushback from postcolonial spaces has been to rethink and subvert penal frameworks which criminalise non-reproductive and/or non-monogamous sexualities and sexual practices, such as homosexuality and sex work.

As a postcolonial feminist theorist, my work falls within the purview of this academic tradition. My research grapples with gendered/racialised politics of belonging, disposability and inclusion with a specific focus on sex workers in India. This blog post is an offshoot from my doctoral dissertation on the governance of commercial sex work in India. I am aware of the theoretical/ideological implications and historical origins of the terms ‘prostitution’ and ‘sex work’. This piece will primarily use the term ‘prostitution’ in line with historical documents and literature of the time.

Colonial governance brought about substantial changes in all aspects of social organisation and political economy in postcolonies such as India. Of all the groups of people affected by the colonial (re)imaginings of gender and sexuality, at the forefront were individuals involved in what we at present call ‘prostitution’ or commercial sex work. While commercial sex in India was in no way a uniquely colonial phenomenon, historians like Philippa Levine have highlighted how colonial governance shaped the contemporary conceptual definition of prostitution as legally and pathologically deterrent behaviour.

Colonial governance in India erased differentiation and hierarchies within the trade, and reduced activities and practices that were once considered a unique blend of eroticism and art (such as courtroom dancing) to mere economic transactions. For instance, tawaifs were ‘highly accomplished women’ and trained social entertainers who performed outside Mughal courts in private salons. Initially solicited for British gatherings, tawaifs were later pushed into prostitution.

Thus, cultural practices deeply embedded in the socio-political economy of the state were spatially segregated to be conflated with prostitution through municipal and legislative governance. Ultimately, this produced the morally depraved symbolic figure of the ‘third world’ prostitute, and commercial sex trade emerged as a site for colonial discourse on moral hierarchies of race, nation and gender.

The growth of commercial sex trade and the beginnings of organised commercial prostitution in urban spaces, as we know it today, were closely related to the booming of port economies in nineteenth-century India. For instance, the development of urban pockets of sex work in Calcutta was closely tied to infrastructural developments that accompanied Calcutta’s becoming the capital of British India.

Some scholars even go on to show how brothels flourished alongside two main roads which connected parts of the city with the port and the river Ganges. A sharp decline in royal demand for the courtesans of Calcutta and Lucknow was accompanied by rise in demands for concubines or nautch (dancing) girls by the sahibs of the East India Company. Though heavily discouraged by the colonial regime, miscegenation was pervasive during the initial years of East India Company rule. Inter-community mobility as far as client-mistress relations were concerned was similarly not uncommon. 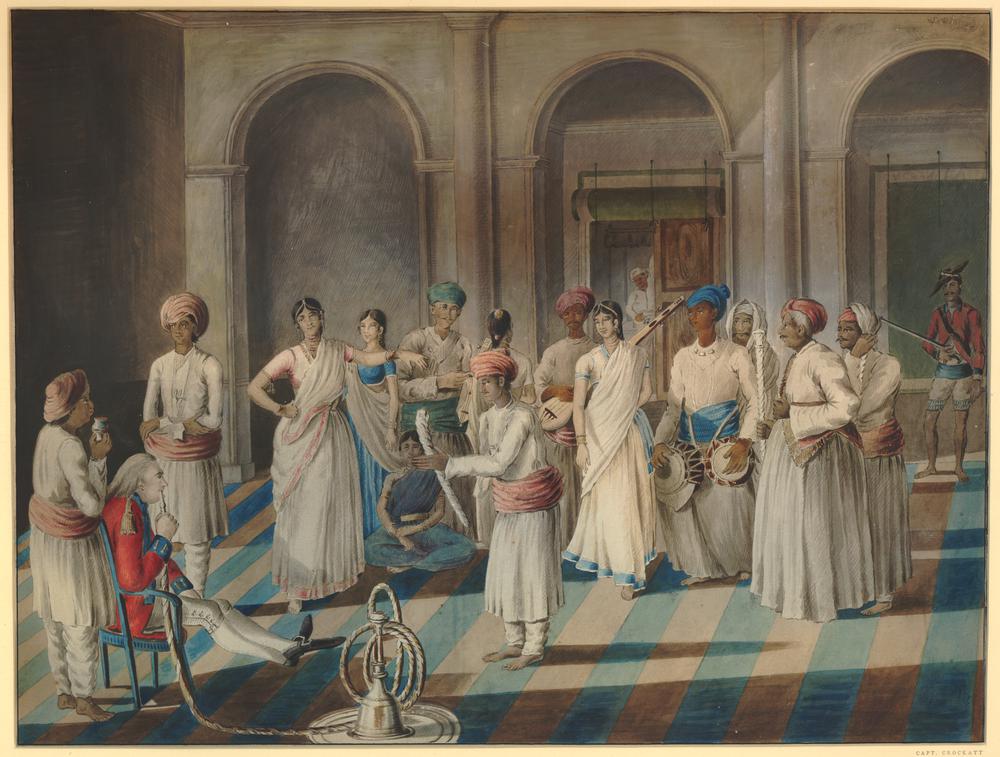 This changed with the 1857 uprising which augmented racial distrust between British and Indian communities. Political rhetoric had it that tawaifs (courtesans) had played a key role in the 1857 resistance. The British Empire was quick to retaliate by placing them within a high tax bracket, seizing property, implementing spatial segregation through zoning laws, and ultimately pioneering the anti-nautch movement.

Furthermore, the differentiation made between prostitutes, as catalogued during imperial rule, reflects British officialdom’s obsession with castes and religious segregation. It is possible to identify seven such identifiable categories, including ‘high caste’ and ‘low caste’ Hindu women, Muslim women and Christian and European prostitutes. The underlying assumption here indicated that prostitution hierarchies were racially and ethnically arranged, and prostitutes were predominantly female.

By the end of the nineteenth century, colonial governance of commercial sex had changed from restricted inter-community mobility to legislative and biopolitical mechanisms in preventing diseases within British military cantonments. The Cantonment Act of 1864 structured and regulated prostitution in British military bases, providing for compulsory registration and health checks for women who served British soldiers. The scope of this act was within a four-mile radius of cantonment areas, and deliberations soon emerged regarding legal mechanisms that would regulate prostitution in cities without military cantonments. The Contagious Diseased Act (1868) proposed spatial segregation as a solution, having noted that ‘the segregation of prostitutes into a separate quarter is quite in accordance with Native ideas and usages.’

The 1868 Act contained no provision for segregation but did require compulsory registration and health inspection in brothels. In 1888 the Indian Contagious Diseases Act was withdrawn on grounds of its coercive measures though a new Cantonment Act (1889) was put in its place. The spatial segregation soon expanded well beyond the military and cantonment purview. In fact, scholars like Stephen Legg have warned us about the misplaced stereotype of considering urban brothels as the legacy of past Hindu and Muslim rulers, which developed organically. Military concerns for regulating prostitution also affected governance of civilian spaces, long after the Indian Contagious Diseases Act was repealed.

These intense legislative deliberations created a less amenable environment for prostitutes within the cantonment and subsequently led to their ejection from military spaces, and hence from textual archives and research. Between 1899 and 1913, prostitutes in urban spaces came to be defined as an ‘urban’ problem, while segregationist legislative and administrative discourses had the material/social impact of casting brothels as scandalous zones: sites for perversion, sodomy and trafficking.

Exploring how the advent and consolidation of British colonialism changed the definition, meaning and practice of prostitution is a necessary starting point for decolonising gender and sexuality studies. Prostitution’s emphasis on pleasure rather than procreation reified a divide between the Christian and the ‘heathen’, the former claiming sex as procreative and a biblically ordained duty, the latter merely wallowing in its sensuality.

European missionaries at the time did not criminalise prostitution but viewed prostitutes as victims of socio-economic and moral depravity. This was very much aligned to the Christian ethos underlying Western political thinking, where the sexually promiscuous woman has traditionally been the symbol of sin. Criminalising/victimising prostitutes/sex workers in colonised spaces then provided a fertile ground for the solidification of overarching narratives on racial-moral hierarchies, which had been used to justify colonial rule in the first place.

Regulations determining sex and gender consequently emerged as a terrain for white men to save ‘brown women from brown men’. Ideas of sexual-community purity were not new in the Indian subcontinent. With colonialism, however, sex and sexuality emerged as the axis along which the colonial regime could begin to legitimise global racial hierarchies. By considering sexual regulation as an instrument for colonial power, we can develop a more nuanced understanding of power and its inextricable ties to gender, sexuality and the law.

In my research, I hope to explore and locate moments of political activism and agency within commercial sex trade. How did prostitutes/sex workers respond to and/or act against the Cantonment and Contagious Diseases Acts? To what extent (if at all) were prostitutes engaged in anti-colonial organisation? How did they build intra- and inter-cultural liaisons and solidarity networks? And ultimately, how can marginal/invisible voices and histories emerge as a space for anti-racist theorising and activism? These questions are immensely important in developing a postcolonial, feminist genealogical framework for the study of contemporary sex work activism. 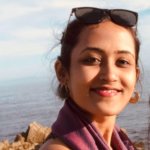 Sudeshna Chatterjee is an advanced doctoral candidate in Global Governance and Human Security at the University of Massachusetts, Boston. She is working on spaces of exception, disposable subjects and peripheral sexual and racial identities in International Relations. Her dissertation engages with sex work activism and human trafficking in India.