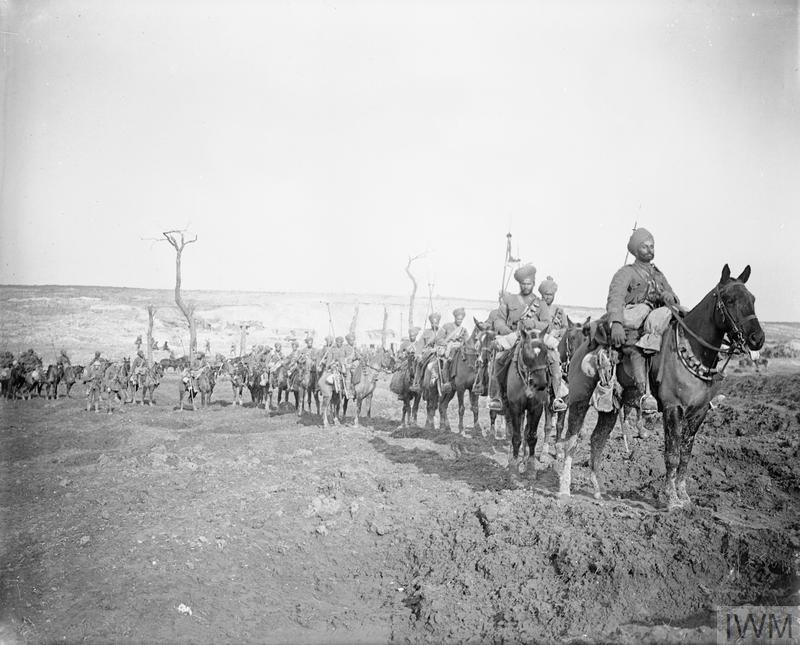 Why Public History matters for a multi-ethnic Britain

How might we address limitations in the teaching of empire, and how do we raise awareness of marginalised individuals omitted from prevailing narratives? In this third post for our new ‘Writing Race’ blog series, Serena Cheyenne — a recent MA graduate in Public History — recalls her own educational experience and argues for the opportunities provided by publicly-accessible digital technologies. Serena’s own research and engagement activities focus on rediscovering and publicising the work of lesser-known historical figures, and especially women, in Indian history.

I grew up without any knowledge of my own history or heritage. Neither was I taught by my family, nor was the school curriculum broad enough for us — the first-generation children of our immigrant parents. The community to which I belonged, growing up, was both ethnically and religiously diverse, but this was not reflected in the curriculum. Gandhi and Martin Luther King were meshed into a couple of classes for Black History Month, yet nothing was said of the Black or South Asian experience in Britain. Now, the Black Lives Matter movement has reinvigorated the debate regarding teaching ethnic minority history in schools.

My experience did not improve even as I continued through my GCSEs, where the world war narratives remained problematic as we were still only taught British perspectives. On Remembrance Day, I never maintained a one-minute-silence for Indian soldiers who served in both conflicts because I was not aware of their contribution in any capacity. In an attempt to be more inclusive, greater consideration is now being given to expand the curriculum and include topics such as empire which, arguably, should have long been part of the curriculum. Without such considerations, how can ethnic minority communities memorialise the contributions of their forefathers, when dominant narratives focus on the positive attributes of ethno-centric imperial power?

The importance of multiple perspectives in history teaching

In March 2020 a YouGov poll revealed that a substantial proportion of Britons believe the legacy of empire was ‘positive’ and wish Britain could remain an imperial power. This rose-tinted view is held by the same individuals who consistently shut down nuanced conversations about empire. Is this a result of how historical sources are used to teach children in school? Those whose lives have been affected by colonialism are, at best, paid a scant amount of attention due to lack of sources or to secondary texts that dismiss their place as historical actors.

Again, the prioritisation of events from the British perspective narrows the field further. Consequently, students are left with an incomplete perspective with which to consider historical contexts and the experience of all peoples. Present-day ethnic minority generations in Britain have a lived experience that is still affected by these legacies, while a significant number remain ignorant of the connection between the racist narratives of the past and present. 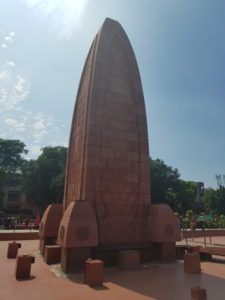 The Jallianwala Bagh Memorial. The memorial was built in 1961 and designed by the American architect Benjamin Polk. It has since become a popular site, now including more statues and a museum. Original photo: Serena Cheyenne, September 2019

When would any of us have learned that 1.3 million Indian soldiers served in the First World War alone, fighting on the front lines alongside the British? There is no reference in institutional teaching to the violent events of the past, such as the Jallianwala Bagh massacre (also known as Amritsar massacre) or the Bengal famines throughout the early twentieth century.

The power of podcasts

It was at this stage in my education that I thought history was, and would remain, a narrow field. However, my time studying for an MA in Public History truly opened my eyes to the lack of information available to the public, as well as the misinformation that surrounds us. And, as we must remember, no one nation or race owns narratives of the past.

At the same time, formats popular in public history — such as podcasts and documentaries — can help us develop narratives that should already exist but are typically overlooked. The BBC radio series ‘Three Pounds in My Pocket’ is an excellent example of generational history gathered via memory and oral narratives of Indians immigrating to Britain. This provides a platform for many to educate and enlighten an audience in both an informative and evocative fashion, highlighting collective narratives that have not yet been studied.

My own podcast ‘The Power of Paisa’ and blog ‘Invisible India’ look to engage with these fading connections to our heritage by debating which historical figures should be memorialised on the Indian rupee. The inspiration for this theme came, once again, through my communication with people from varying backgrounds, age groups and ethnicities.

When I questioned why Gandhi was on every rupee note (seven in total), many of the people I spoke to often reiterated the same point:

“He is the Father of India.”

But what did that phrase mean and why was everyone using it? Their knowledge was limited, and they could not provide evidence for this overused statement. I knew at that point that I needed to create a podcast and blog that would shift the focus from images of Gandhi to the underrated and less-well-known thinkers and agents of Indian history.

The role of public history

The main strength of my podcast is its focus on diversity. The historians I interviewed — Dr Priya Atwal, Dr Vinita Damodaran and Dr Padma Anagol — drew attention to female historical figures because, as they attest, there is a severe lack of recognition of Indian women in history: individuals such as Moran Sarkar, a Muslim Maharani, Janaki Ammal, a South Indian botanist, and Pandita Ramabai, a high caste Maharashtrian polymath. Not only that, but these women also all came from widely different backgrounds. The fact that they are largely forgotten is not surprising when we reflect on how the Indian historical figure most commonly taught – Gandhi – is also the most predominant visually, repeatedly memorialised through Indian currency and stamps.

Public history, I believe, gives people a chance to understand histories beyond the dominant narrative. Today’s school and university curricula should reflect both the events and the consequences of empire. The decision to not discuss darker narratives of the past only de-humanises ethnic minorities in the present, just as they were previously dehumanised. Institutions should teach not only for educational purposes, but to uphold the heritage of all Britons today.

Teaching a subject like empire is ownership of both the ‘good’ and ‘bad’ of the past.

As the author Salman Rushdie has suggested: ‘History is the fluid, mutable, metamorphic consequence of our choices and so the responsibility for it … is ours.’ Well, public history may indeed be fluid, but the way history is currently being taught is anything but. In 2018 the Royal Historical Society’s Race Report drew attention to these challenges, though we still have a long way to go. Public history, and its digital dissemination, offers one positive course of action. 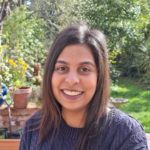 Serena Cheyenne recently completed an MA in Public History from Royal Holloway, University of London. She is the creator and host of ‘The Power of Paisa’, a podcast which looks at lesser-known historical figures in Indian history. She also writes for her blog ‘Invisible India’ which focuses on historical figures from or linked to Punjab. You can follow her on Twitter @CheyenneHist and her podcast @PaisaPod