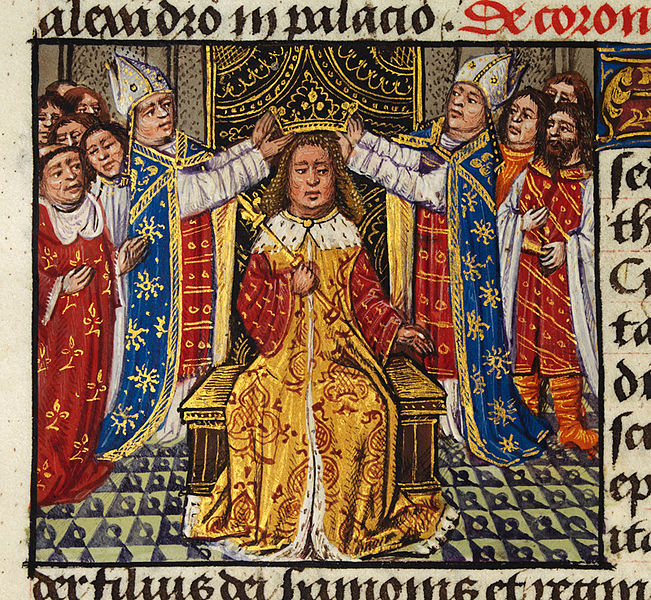 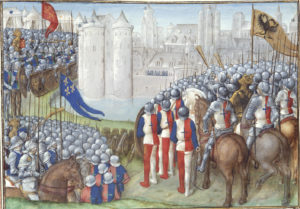 This resource enables researchers to access a free database on the biographies of crusaders, including their country of origin, role, contingent leader, as well as the crusades they participated in. The database to bring together information on men and women who took part in the crusades between Council of Clermont to the end of the second Crusade, including names, geographical origins, finance, social status, and titles across Europe. 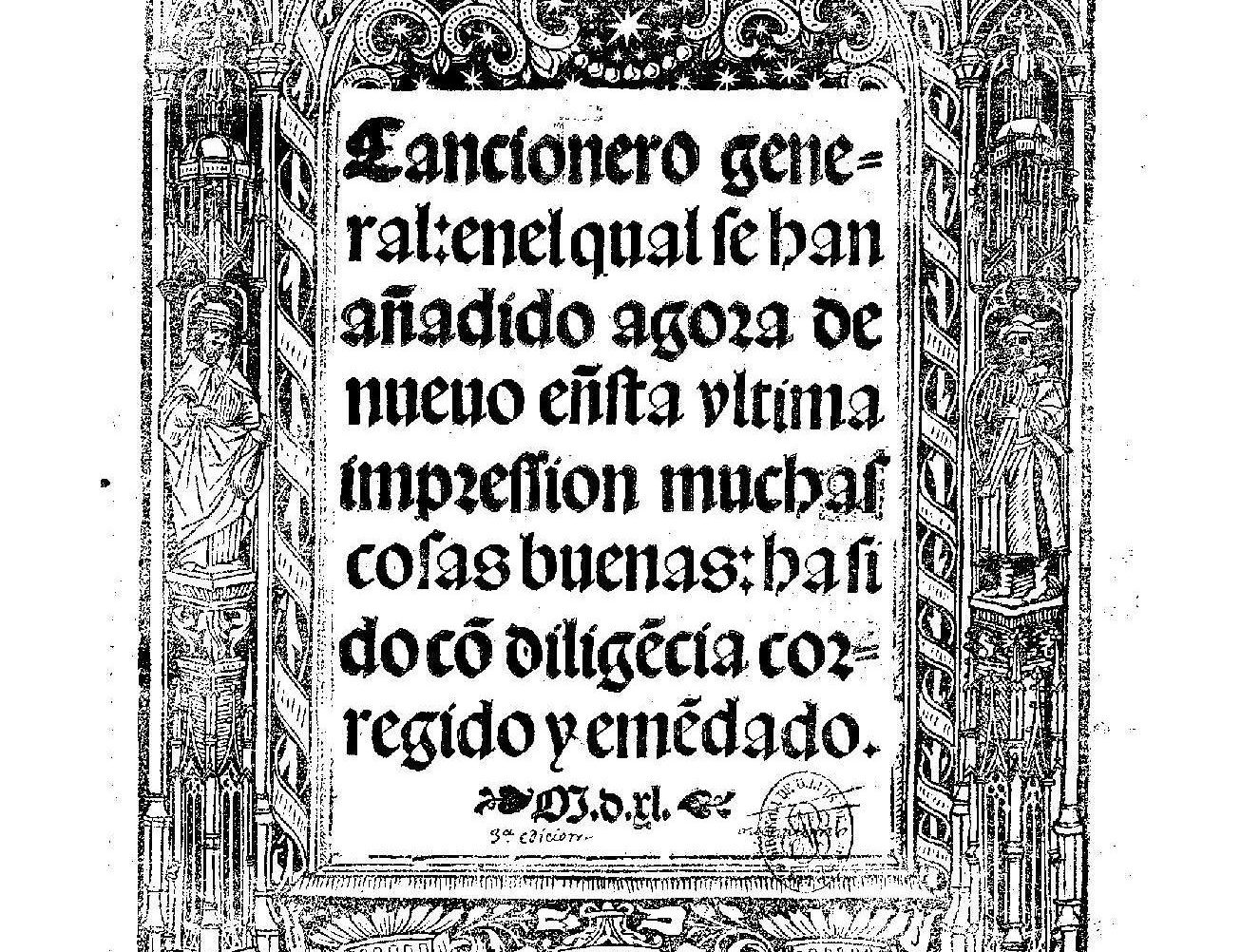 The resource providers researchers with free access to a digitised database of Brian Dutton’s seven volume book series El cancionero castellano del siglo XV, based on a corpus of fifteenth-century Castilian Cancionero poetry, which included over 4,000 original poems in manuscript sources and approximately 150 manuscript witnesses. The website provides links to the archives which holds the manuscripts and an index to the editions. 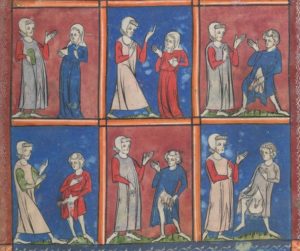 The resource provides researchers with access to digitised images of 4,000 illuminated Western manuscripts and incunabula preserved at the Fitzwilliam Museum and the Cambridge Colleges, which are also published in a multi-volume catalogue series. The manuscripts can also be viewed on the website ILLUMINATED: Manuscripts in the Making  https://www.fitzmuseum.cam.ac.uk/illuminated, which enables researchers to view multiple images within each manuscript, learn about the pigments and the advanced scientific methods used for their identification, and to explore the relationships between scribes, artists and original owners. 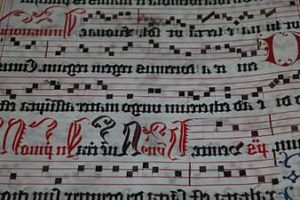 This resource provides researchers with access to a database of Latin chants found in over 140 manuscripts and early printed books, as well as online links to other medieval European music databases. The database contains inventories of primarily antiphoners and breviaries from medieval Europe (the main sources for the music sung in the Latin liturgical Office), through which visitors can search chants by genre, melodies, mode, and feast. The ongoing project plans to incorporate chant melodies to existing records and indexing manuscripts for the Mass, including sources that contain sequences. 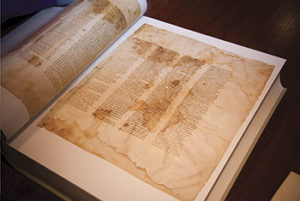 This resource provides researchers with free digitised access to the Codex Sinaiticus manuscript (an important book in the history of Christianity), which contains the Christian Bible in Greek and includes the oldest complete copy of the Old Testament. A digitised copy of the Codex Sinaiticus manuscript can be downloaded from the website, and visitors can access information about the conservation of the book, chapters, and verses, and the website provides electronic transcriptions and modern translations of the text in English and German where available. 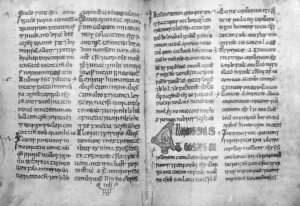 The resource provides researchers with access to editions of glossaries focused on the early Irish language compiled from the eighth-century, including Sanas Cormaic (Cormac’s Glossary), O’Mulconry’s Glossary, and Dúil Dromma Cetta (the Collection of Drium Cett), as well as the shorter texts Loman and Irsan. The glossaries are important sources for researchers interested in understanding the literary and cultural environment of medieval Ireland, and languages on the database include Irish, Greek, Latin, Welsh/Brittonic, Norse, English, and Pictish. 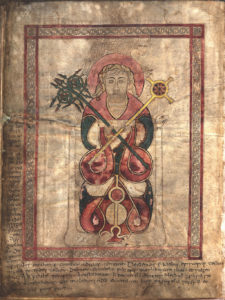 This resource is a digital dictionary of medieval Irish, based on the Royal Irish Academy’s Dictionary of the Irish Language. The dictionary covers Old and Middle Irish from the period c. 700-c. 1700, and the website contains revisions, up-to-date information, and new entries for words that were not known to the original compilers of the Dictionary. 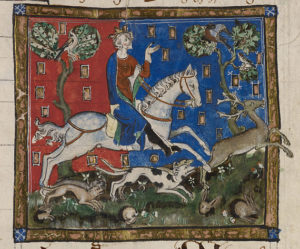 This resource enables researchers to examine the Gascon Rolls which were drawn up in western Aquitaine, 1317-1468, when the region was under English rule until 1453. The rolls showcase English royal administration, which recorded a wide range of business and mentioned people and places, and the website provides access to digitised calendars of the rolls, as well as access to a digital map. 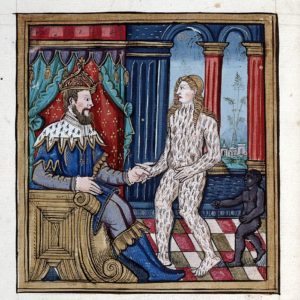 This resource allows researchers to examine the impact that Scandinavian settlement had on the English vocabulary in the North-East of England, and how it resonates sin constructions of British identity and heritage. The Gersum Project scrutinises the origins of c. 1,600 words in a corpus of Middle English poems, including Sir Gawain and the Green Knight, Pearl, and Alliterative Morte Arthure. The website provides a basic introduction to Norse terms in English, bibliographies, and has a database to search the terms. 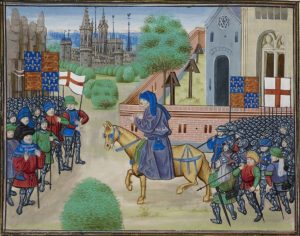 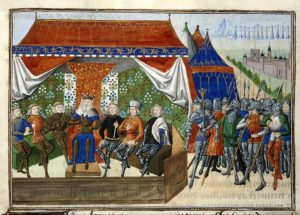 The Online Froissart: A Digital Edition of the Chronicles of Jean Froissart  https://www.dhi.ac.uk/onlinefroissart/

The resource enables researchers to view the core manuscript tradition of the first four books and some manuscripts of the fourth book of Jean Froissart’s Chroniques, which have survived in over 150 manuscript volumes scattered in over thirty libraries worldwide. The books contain contemporary prose narrative about medieval Europe, especially for part of the Hundred Years’ War. The website provides complete or partial transcriptions with modern English translations and reproductions of illuminated manuscripts and miniatures. 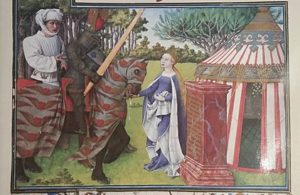 The resource provides researchers with access to the medieval French verse romance Partonopeus de Blois, which was composed in the twelfth-century. The romance was a medieval bestseller, and was adapted in Middle High German, Old Norse, Middle Dutch, medieval Spanish Catalan, and medieval Italian, and some contain alternate endings to the tale. The website provides researchers with access to digitised images of various manuscripts of Partonopeus de Blois, and full transcriptions of all the manuscripts. 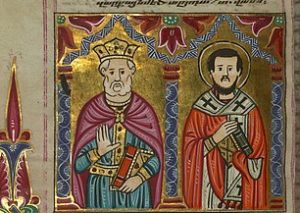 The resource provides researchers with access to an online database, which covers the period between AD 1025-1180, originally inspired by prosopographical work carried out by A.H.M. Jones in 1950. Researchers can search through the database by name, sex, floruit, sources, occupation, dignity/office, ethnicity, location, and language.