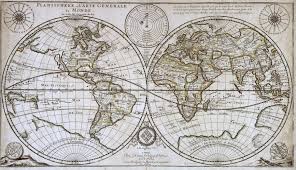 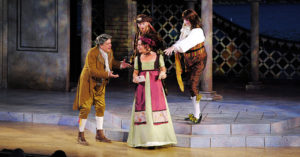 An International Database of Shakespeare on Film, Television and Radio  http://www.bufvc.ac.uk/shakespeare/

This resource provides researchers with free access to an online database of catalogued material of Shakespeare-related content in international film, television, radio and video recordings. The website is regularly updated and holds over 9,000 records dating from the 1890s to the present day, and researchers can additionally access online resource links related to Shakespeare. 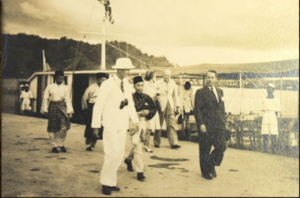 This online resource contains detailed information on over 6,000 films which depict visual images of life in the British colonies. Over 150 films are available for researchers to view online. The Colonial Film project’s objectives is to allow both colonizers and the colonized to understand the overall picture of the British Empire, through its catalogue of films. 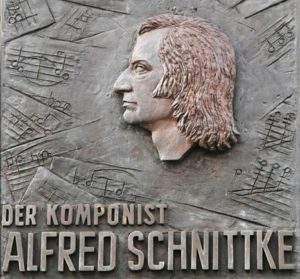 This resource contains facsimile copies of almost every score that Alfred Schnittke (1934-1998) completed, including original and unfinished scores, sketches, documentary material relating to premieres/commissions. Researchers can download a PDF catalogue of Ivaskin-Schnittke’s music scores, a catalogue of records of his work, as well as view a catalogue of DVDs, VHS and literature of his work. 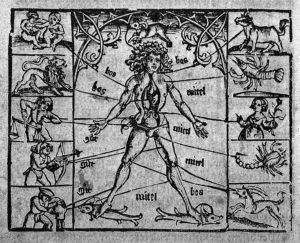 This resource allows researchers to view the digitised Arabic illuminated cosmographical treatise the Kitāb Gharāʾib al-funūn wa-mulaḥ al-ʿuyūn, known as the Book of Curiosities. The illuminated manuscript is a twelfth-to early thirteenth-century copy of an anonymous Egyptian treatise, that was originally written in early 11th century Egypt. The manuscript will be useful to researchers interested in the history of science, especially astronomy and cartography, as the manuscript contains a series of diagrams of the heavens and maps of the earth. The book has been digitised and can be downloaded, while teaching resources can be downloaded for free at the bottom of the project’s original landing page: http://cosmos.bodley.ox.ac.uk/ 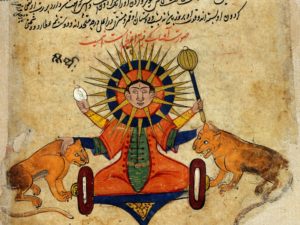 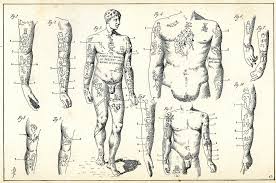 This resource is an ongoing sub-project of Digital Panopticon, which is extracting over 60,000 descriptions of tattooed convicts from the nineteenth century. The website will contain information and resources regarding the physical descriptions of the convicts, such as eye colour, scars, and physical infirmities, as well as datasets upon completion of the project. 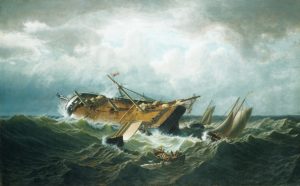 This resource is a volunteered-run website which explores, marks and transcribes historic ships’ logs from the nineteenth- to early twentieth-century.. Researchers and members of the public can help with the transcriptions of these ship logs to help advance research in several fields, including scientists and historians. The log-books reveal data about past weather, such as sea-ice conditions, which can potentially help climate scientists and enable historians to chart the course of voyages and the events that transpired in this period. 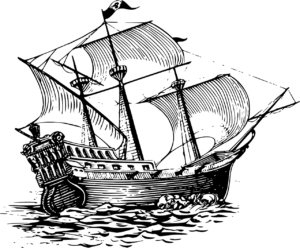 Papers of the Board of Longitude  http://cudl.lib.cam.ac.uk/collections/rgo14/1 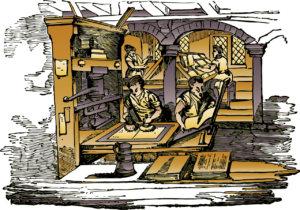 This resource is a digital archive of primary sources on copyright from the invention of the printing press (c.1450) to 1900. The primary sources include key materials from Renaissance Italy, France, Netherlands, Spain, German-speaking countries, as well as Britain and the United States. Researchers can browse through transcribed documents by date, location, publish, institutions, legislation and case law, and Jewish law sources are also accessible on the website. 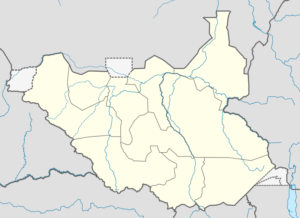 Recovering the material and visual cultures of the southern Sudan: A museological resource  http://southernsudan.prm.ox.ac.uk/index.php.html 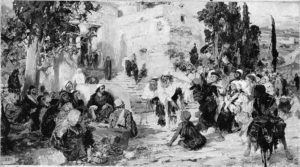 The resource is an online research archive which documents “the growth of diverse forms of commentary on the visual arts” in Russia during the nineteenth-and early twentieth-century. The online archive contains over 100 hundred primary source texts in Russian and in New English translations, over 300 digital images of journal and newspaper reproductions of works of art. Additionally, its online database lists art critics and provides brief biographies and translations of the texts. 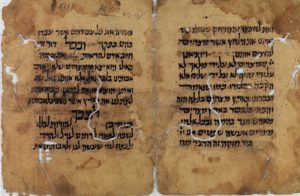 This resource, hosted by the University of Manchester, provides researchers with access to a digitised catalogue of over 11,000 manuscript fragments written in Hebrew, Aramaic, Judaeo-Arabic and other Jewish languages from the Genizah (storehouse) of the Ben Ezra Synagogue in Old Cairo (Fustat). The fragments were discovered in the 1890s and were disbursed to library collections around the world. The collection includes Bible, Midrash, Mishnah and Talmud fragments; liturgical poetry; sermons; material relating to Kabbalah and magic; calendars; and children’s writing exercises. The fragments “constitute a major primary source for the Middle Ages”, as they throw on Jewish history and Judaism, as well as information on the social, commercial, political, religious, and intellectual life of the Levant. 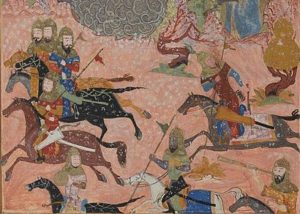 Shahnama Project: A comprehensive collection of manuscripts of The Shahnama, the Persian epic ‘Book of Kings’  https://www.lib.cam.ac.uk/shahnama-project-website-under-maintenance

This resource provides researchers with digital access to the Shahnama or ‘Book of Kings’, which is the longest poem written by a single author Abu’l-Qasim Hasan Firdausi (935-c. 1020), from Tus in north-eastern Iran. The Shahnama poem narrates the history of Iran (Persia) since the first king, Kayumars to the conquest of Persia by the Muslim Arab invasions of the early seventh-century AD. The poem contains approximately 50,000 verses and is generally divided into mythical, legendary, and historical sections. The website showcases the poem as a core text in the history of Persian book production and court patronage, as well as being an important part of the development of Persian miniature painting. 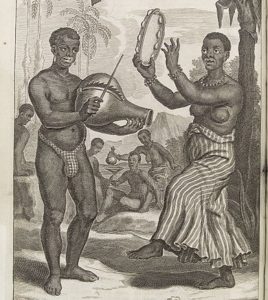 The resource is an ongoing project in which examines “how sonic interaction shaped identities” between c.1500-1800 in the early modern world. The website aims to help researchers to discover and develop new approaches as to how sound was heard in the early modern world, and “to reflect how we engage with historical soundscapes, and consider the multifaceted relationship between meaning and hearing.” The project has put on several sound history workshops and has provided an online bibliography for further reading and links to external online resources. 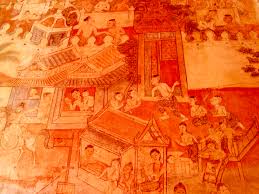 This resource, hosted by the University of Cambridge, covers 200 years’ period of the modern history of South Asia. The South Asian Archive includes 600 written collections, 900 maps, 100,000 photographs, and 80 collections of cinéfilms, which “paint a rich and unique picture of the Raj and the early decades of post-colonial South Asia”. Researchers can also browse the university’s online collection of oral history and other sound recordings, which are currently being digitised. 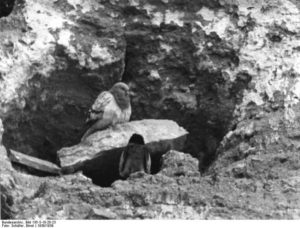 The resource provides researchers interested in Asian history access to a free online catalogue of rare Tibetan and Mongolian books, which are housed at the University Library, Cambridge, the Bodleian Library, Oxford, and the British Library, London. The website predominantly focuses on the book collection acquired during the Younghusband Mission to Tibet in 1903-1904, during which Sir Francis Younghusband collected over 2000 volumes of religious books in the forbidden city of Lhasa. The website provides researchers access to a catalogue of the Younghusband collection, along with additional Cambridge and major UK Mongolian holdings. 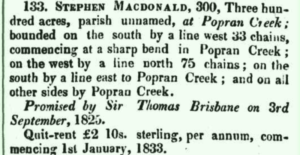 This resource provides researchers with access to a database in which they can search for sources relating to Australia, including sources held in archives, libraries, museums, research and collecting organisations, and other repositories. The website acts as a portal for online repositories, including the National Library of Australia, the Register of Australian Archives and Manuscripts, Picture Australia, Libraries Australia, Music Australia, Australia Dancing, among others. The website is continuously updated with full text digital resources, and researchers can access maps, music, video, photographs, books, articles, digitised newspapers, diaries, letters and other items.

This resource is an electronic dictionary which focuses on the Wa language with Burmese (Myanmar), Chinese and English glosses. The dictionary comprised of compiled, printed, and recorded materials to make the dictionary useful for linguistic and textual analysis. Two dictionaries were produced, one for scholarly use and the other for Wa speakers. Researchers can access a database of the Wa >Burmese/Chinese/English dictionary and an online guide and bibliography is provided.

The resource is an ongoing project which is creating a free online database of “documentary” watercolours painted before 1900, based on public and private art collections around the world. Watercolour World is important for artists and researchers interested in seeing how people and artists “used watercolours to document the world”, with both professional and amateur painters creating thousands of images across the centuries which recorded life journalistically. Researchers can search through watercolours by keyword and there is an interactive map in which users can search watercolours by place location. 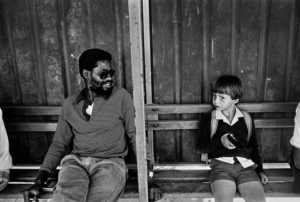 The resource is an ongoing research project which is focused on the development of social change in South Africa from the 1770s until the 1970s. The project is analysing race matters in South Africa – predominantly through letter-writing, correspondences, diaries, memoirs – and investigates and theorises changing representations of whiteness in the context of social, economic, and political change. The website shows researchers how to “map” archive collections and analyse sources, and a database of material will be available at the end of the project. Additionally, there are overviews about the works of sociologists Norbert Elias and Dorothy Smith.