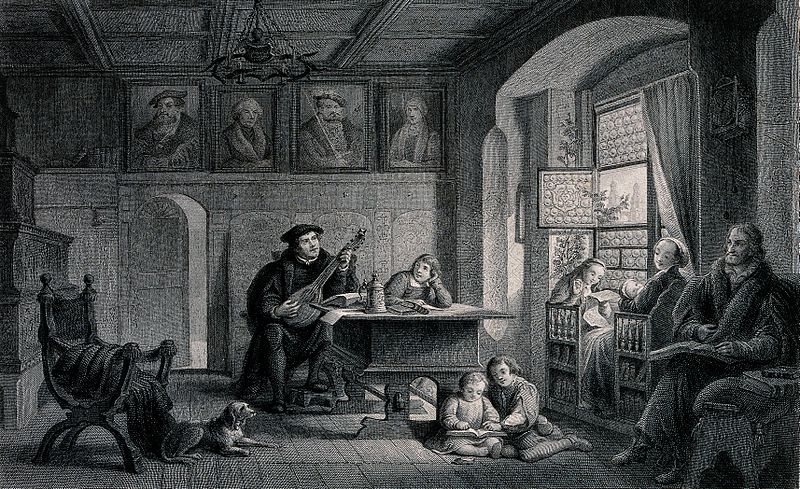 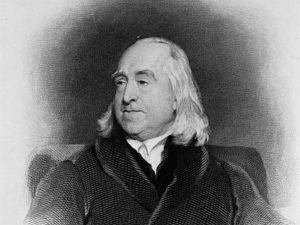 This resource provides researchers with access to a database focused on the papers of early modern English utilitarian philosopher, jurist, economist, and social reformer Jeremy Bentham (1748-1832). The physical papers are held in University College London Special Collections Library and researchers can search topics Bentham was involved in, including social reform, the economy and philosophy. 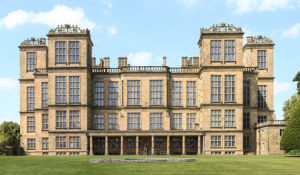 The resource provides researchers with access to 234 letters addressed to and written by Elizabethan noblewoman, Elizabeth Talbot, Countess of Shrewsbury, otherwise known as Bess of Hardwick, from c. 1550 to 1608. The online database contains digitised images for over two-thirds of the letters and summaries of Bess of Hardwick’s life based on a selection of letters and her life at Hardwick Hall. 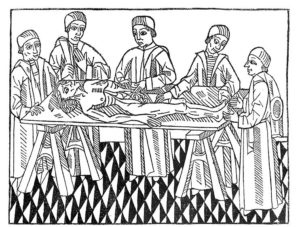 The resource gives researchers access to a database of thousands of prints and book illustrations produced in early modern Britain until 1700. Bpi1700 “aims to enhance users’ understanding and appreciation of the material its presents”, including resources to contextualise prints and printmaking, as well as original research on British prints to 1700. Researchers can search prints on the database by producer, name of person depicted, date and subject, and they can also access freely digitised images of the prints, which have mainly come from the British Museum. 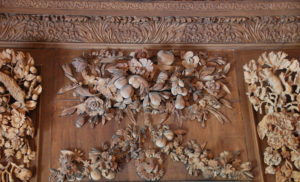 This resource is an ongoing research project which is collating the details of furniture manufacturers and suppliers, clientele, material, and services c. 1600-1900. The website contains an online database in which researchers can search by name, place, occupation, active and ending dates, and furniture type. Researchers can download digitised images of the furniture, and the website provides an “Index” tab for users of the names index replicated from the printed edition of the Dictionary of the English Furniture Makers, integrated with the names derived from the records of the Joiners’ Company. 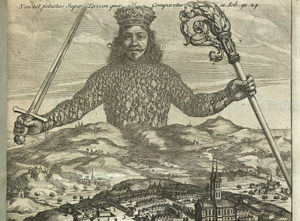 Civil War Petitions: Conflict, Welfare and Memory during and after the English Civil Wars, 1642-1710  https://www.civilwarpetitions.ac.uk/

This resource is an ongoing project analysing the human costs of the English Civil Wars by investigating how wounded soldiers, war widows, and other bereaved family members petitioned for financial relief. Researchers can freely access and search through over 4,000 petitions for relief, accompanying certificates from military commanders, medical practitioners, and county communities in support of their cases. Researchers can also view details of over 10,000 names who received military welfare for injuries and bereavement sustained in the Civil War in England and Wales. The project members have currently made material for ten counties available online on the website, which will be added to regularly until the project’s completion. 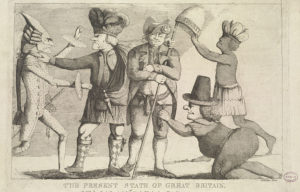 This resource is a subscription-access database in which researchers can search through a range of digital resources related to early modern and nineteenth-century Britain. The website acts as a platform for researchers to see the different types of databases and resources that are available on this period, including History of Parliament, Queen Victoria’s Journals, and the Board of Longitude. 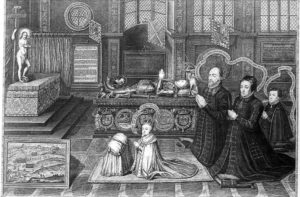 The resource is an online edition of Early Seventeenth-Century Political Poetry based on manuscript sources. Early Stuart Libels makes available over 350 political poetry sources, many of which have never been previously published. Most of the texts are satirical poems, while others are anti-libels which were written in response to libellers with orthodox panegyric. The online edition of Early Seventeenth-Century Political Poetry is divided into chronological and thematic sections so that researchers can search by name and manuscript sources. 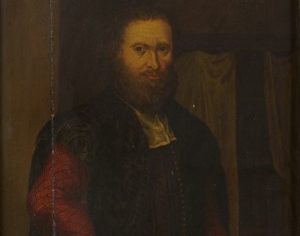 The resource is a digitised archive of the papers which belonged to early modern astrologers Simon Forman and Richard Napier for the late sixteenth and early seventeenth centuries. The papers contain various medical case studies and astrological medicine manuscripts. Researchers can access historical overviews about the astrologers and can search through the online resource by astrological medicine, patients, and case names, and there is also a video game and animated video about the two astrologers. 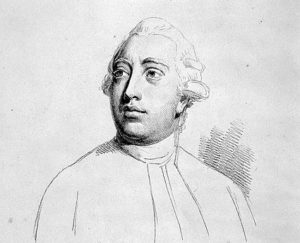 This resource provides researchers access to an online catalogue about the extensive collection of Georgian papers held in the Royal Archives and Royal Library at Windsor. This includes official and private manuscripts from reign of George I to end of reign of William IV. Researchers can search through digitised images of the papers held in the Royal Archives and can download PDFs of the manuscripts. 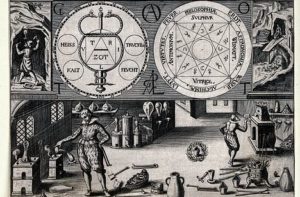 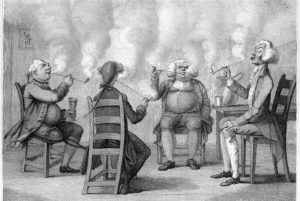 This resource provides researchers with access to a database that focuses on the importance of intoxicants and intoxication in the economic, social, political, material, and cultural life of early modern England. The website allows researchers to gain insight into the intoxication phases in the early modern period, between the introduction of tobacco in the 1580s and the “Gin Craze” of the early eighteenth-century, as well as learn about the formative phase in the production, traffic, consumption, and representation of intoxicant. Researchers can explore the database by search by port books, depositions, licences, inventories, objects, and dates. 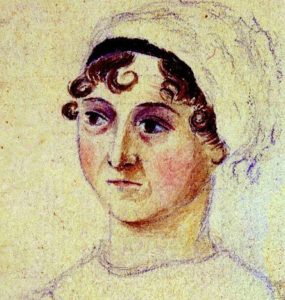 The resource has brought together over 1,100 pages of fiction written in the hand of author Jane Austen from her childhood in 1787 until her death in 1817. Researchers can access digitised images of the original manuscripts which are in libraries around the world, as well as transcripts of her letters. The manuscripts include drafts of her unfinished works and childhood writings. 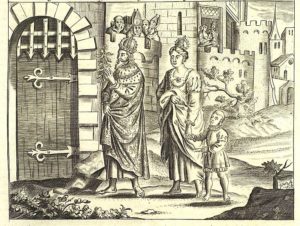 This resource has reconstructed John Foxe’s role as “editor” from surviving manuscripts and sources from the early editions of his work Acts and Monuments. Acts and Monuments famously provided accounts about the religious persecution and burnings of Protestants under Queen Mary I of England. The website provides critical analysis of Foxe’s sources, and shows the modifications Foxe made in subsequent editions of Acts and Monuments during his lifetime.

The resource is an ongoing project which will give researchers access to an online database to trace details about the Scottish clergy from the Scottish Reformation to 1560 to 1689. Researchers can chart the movement, growth and networks of the Scottish clergy, which provides “crucial framing for inquiries into religious beliefs, political conflicts, and institutional change,” based on records from the presbyteries and synods for this period. Through the database, researchers can search the clergy by place of birth, whom they married, where they were educated, and movements and connections between parishes, including serving parishes across the Atlantic. 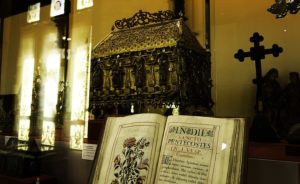 This resource gives researchers free access to an online database which tracks the membership, movement, activities, and transnational networks of English and Welsh Benedictines from Queen Mary I’s reign until 1800, when many English Catholic exiles returned home because of the French Revolution. The Monks in Motion project explored the changing political role in England of the English Benedictines, and scrutinised the monks’ roles in the English diaspora and their involvement in bringing European ideas into an English context, with particular focus on the four nationally defined monasteries as English institutions in Europe. 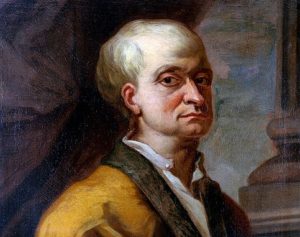 The resource provides researchers with digitised access to the printed papers, sketches, and manuscripts written by early modern English scientist Sir Isaac Newton (1642-1727).The papers deal with topics including science, mathematics, religion, alchemy, and the website also contains information relating to his work as Warden and later Master of the Mint. Additionally, the website provides translations of Newton’s important Latin texts. 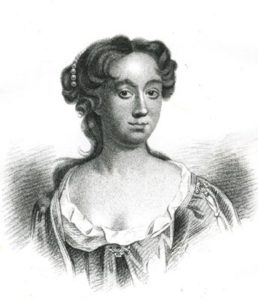 This resource gives researchers access to indexes and catalogues which describe early modern women’s manuscript compilations, from 1500 to 1700. The Perdita Project website acts as a tool for the public to research early modern women’s literature and history, with the manuscript compilations containing autobiographical material and self-authored poetry, as well as transcribed poetry, prose and recipes. 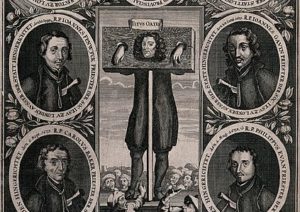 The resource provides researchers with access to transcripts of early modern petitions that were produced and submitted to all levels of English government over the seventeenth-century. The website includes transcriptions and digital copies of held at national and local archives, c. 2,000 petitions in total, with focus on key historic moments of the seventeenth-century, such as the English Civil War, 1642-1651, the Restoration in 1660, the Exclusion Crisis in 1679-81, and the Glorious Revolution of 1688. Researchers can additionally access the transcriptions for free on British History Online. 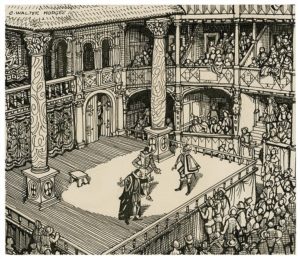 This resource is part of an ongoing project which enables researchers to search through surviving records which focus on drama, secular music and popular entertainment in England from the medieval period until the closure of theatres at the outbreak of civil war in 1642. The database is regularly updated and researchers can search by entertainment, date, location, drama, people, entertainers, collectives, and record type. 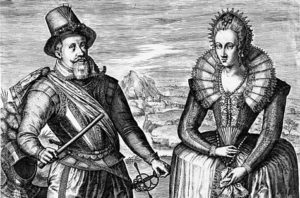 This resource provides researchers with access to a diverse range of material and multimedia options to learn about the political and cultural life of the Stuart period. The website contains downloadable teaching resources and lesson plans, including KS3, GCSE and A Level material, and transcriptions of Stuart sources can be downloaded. Additionally, researchers can read thematic overview essays and watch short videos about pivotal moments of the seventeenth-century. 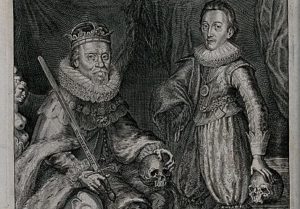 The resource gives researchers access to an online bibliographical database of writing printed in response to moments of successive Stuart monarch successions from 1603 to 1702. Through the database, researchers can see how early modern writing evolved during the seventeenth and early eighteenth centuries, and how writers interacted with other material facets of early modern political culture. 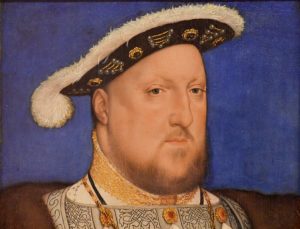 This resource makes available to researchers’ transcriptions of Tudor Chamber Books, which contain the contents of three books of receipts, nine books of Henry VII’s and Henry VIII’s expenses, and one book of Elizabeth I’s expenses. The Tudor Chamber Books are electronically tagged on the website to allow researchers to search for specific and subject items, and the books are available to search and browse in original English and French, with modern English versions also provided. 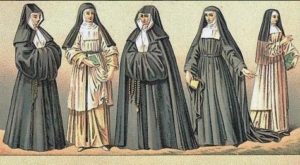 Who Were the Nuns? A Prosopographical study of the English Convents in exile 1600-1800  https://wwtn.history.qmul.ac.uk/

This resource provides researchers with access to a free database on early modern women who entered the English convents in Europe from 1598 until 1800, when most of the English convents returned to England in aftermath of the French Revolution. The database was compiled from convent sources in England, Belgium, France, and Maryland, USA, along with related material in external archives. Researchers can search by the nun’s given name, religious name, surname, convent, place of association and timeline, and there are thematic overviews about the nuns and post-Reformation history. 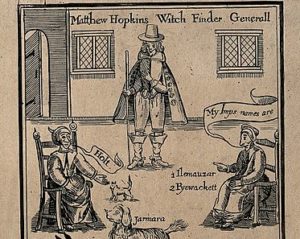