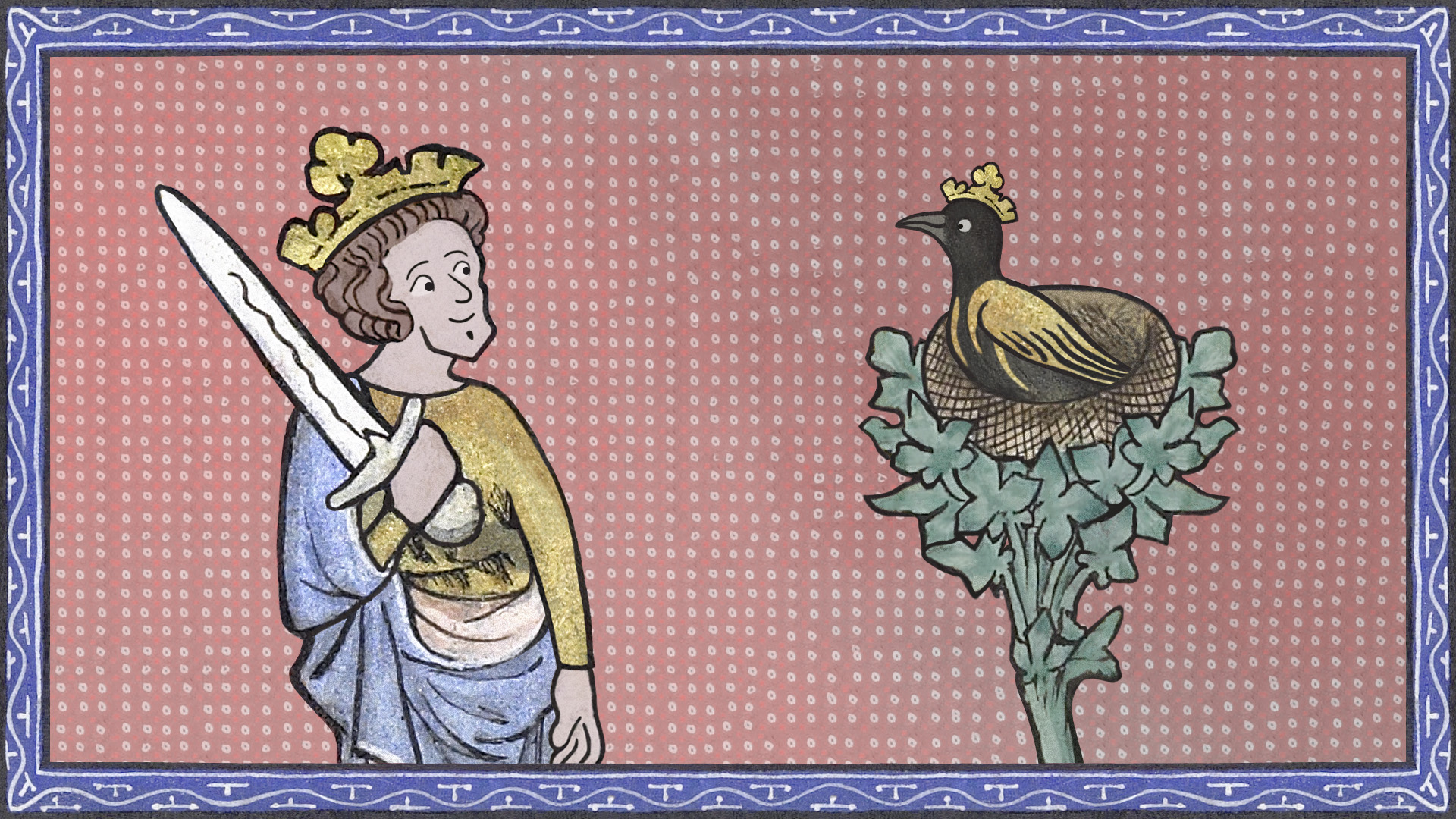 In late March, three days after Prime Minister Boris Johnson announced the first national lockdown in response to COVID-19, a funding application that Johanna Dale and her academic and creative partners had worked hard on, was automatically rejected as funding streams were temporarily suspended and replaced by emergency schemes. Unwilling to let the work go to waste and also reluctant to relinquish a project that had become a real positive in her professional life, a new approach was needed. In this blog, Johanna explains how the team adapted their plans to create an animation that could share the highly entertaining German legend about King Oswald and his raven with new audiences.

Who was King Oswald?

Oswald was a Christian king of Northumbria who died in battle in 642. Slain by the Mercian king Penda, Oswald was soon venerated as a saint.  By the time of the Norman Conquest, four centuries later, the most famous relic associated with this saint-king, his incorrupt right arm, was in the possession of the monks of Peterborough. The arm was kept in a shrine in the chapel dedicated to Oswald in the south transept of the abbey church and was of paramount importance to the religious life of the monastic community.

Soon after his death, Oswald’s fame had spread overseas. He was particularly popular in German-speaking lands, where, at some point in the high Middle Ages, his legend underwent a surprising metamorphosis: Oswald was transformed from a pious and austere martyr king into a rather comic figure, overshadowed by his talking raven (who has the propensity to sulk when hungry – a trait with which I empathise).

Wanting to understand how Oswald’s legend underwent this transformation was the genesis for my current research project, which seeks to overcome a double dislocation – geographic and disciplinary. While in England Oswald’s cult has been studied by archaeologists and historians, his cult in Germany has been the preserve of literary scholars. So, working with literary scholar Sarah Bowden (KCL German) and creative practitioners Sinéad O Neill, Hazel Gould and Hannah Saunders is not solely a public engagement project, but also a way of experimenting creatively with ways to bridge these divides. 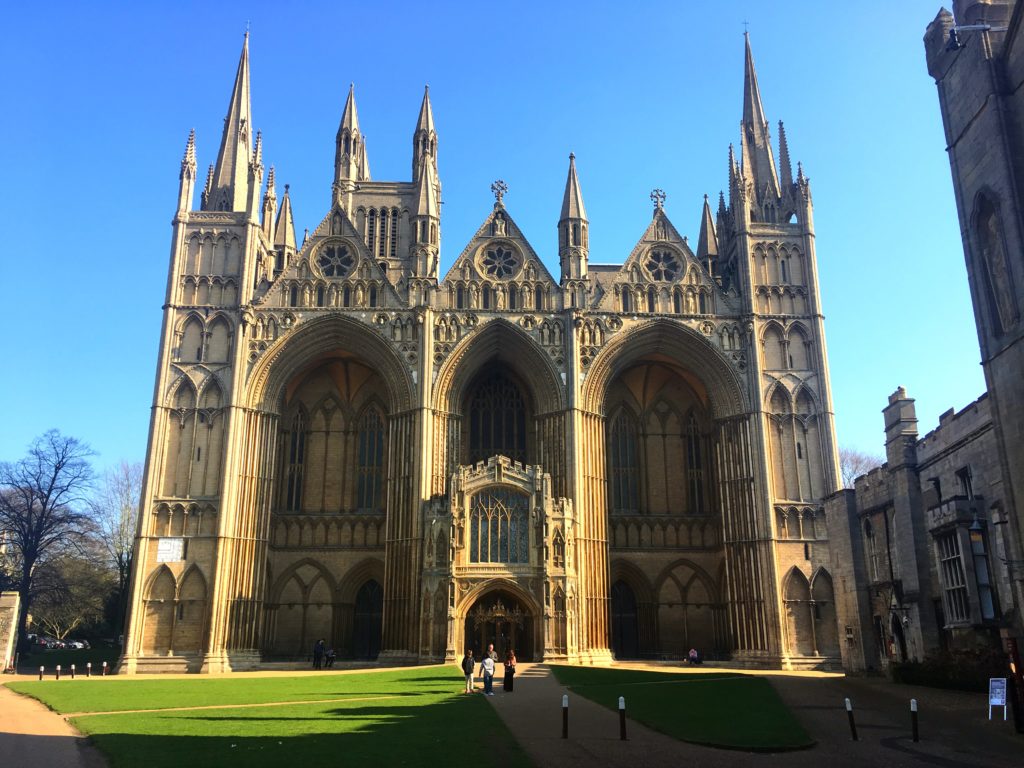 Animating the King and his Raven

King Oswald’s Raven uses imagery from the Peterborough Bestiary, a manuscript made in the early 1300s and in the possession of the monks of Peterborough, to tell part of Oswald’s German legend, thus bringing German and English materials into conversation.  The bestiary, which contains over 100 images of animals, real and imaginary, was already an important touchstone for the visual look of our project. It is fully digitized and available online at Parker Library on the Web, one of the earliest major manuscript digitization projects in the UK.  I approached Philippa Hoskin at the Parker Library about using the bestiary in an animation and she was happy for the library to become partners in the project. They supplied the high-resolution images the animator needed and generously providing substantial additional funding to cover the costs (our initial collaboration had been supported by seed funding from UCL Culture’s Performance Lab, with additional funding from UCL History, KCL German and the British Academy). 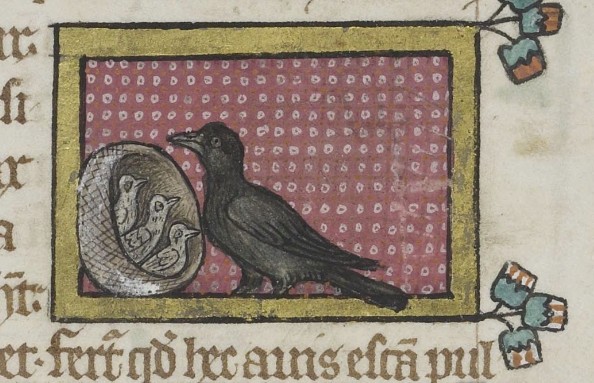 The Peterborough Bestiary model for the Raven (f.202r)

It was immediately apparent that it would be too time-consuming and expensive to animate the whole of Oswald’s legend, so we decided to focus on his raven’s eventful journey. Animator & motion designer Charlie Minnion joined our team; having previously produced animations inspired by the Harley Bestiary for the British Library, Charlie already had experience visualising and animating medieval manuscripts. Whereas the British Library animations drew primarily on a single image, the range of characters in Oswald’s legend means numerous images from the Peterborough bestiary have been used in King Oswald’s Raven. Charlie also scoured the bestiary for additional visual prompts and elements, ensuring the animation gives a cohesive visual representation of the medieval manuscript. The original German legend is written in rhymed verse and this is reflected in the script of the animation, written in rhythmic rhyming couplets by Hazel Gould. Both visually and aurally the animation seeks to reflect the original medieval source materials.

“The original German legend is written in rhymed verse and this is reflected in the script of the animation.” 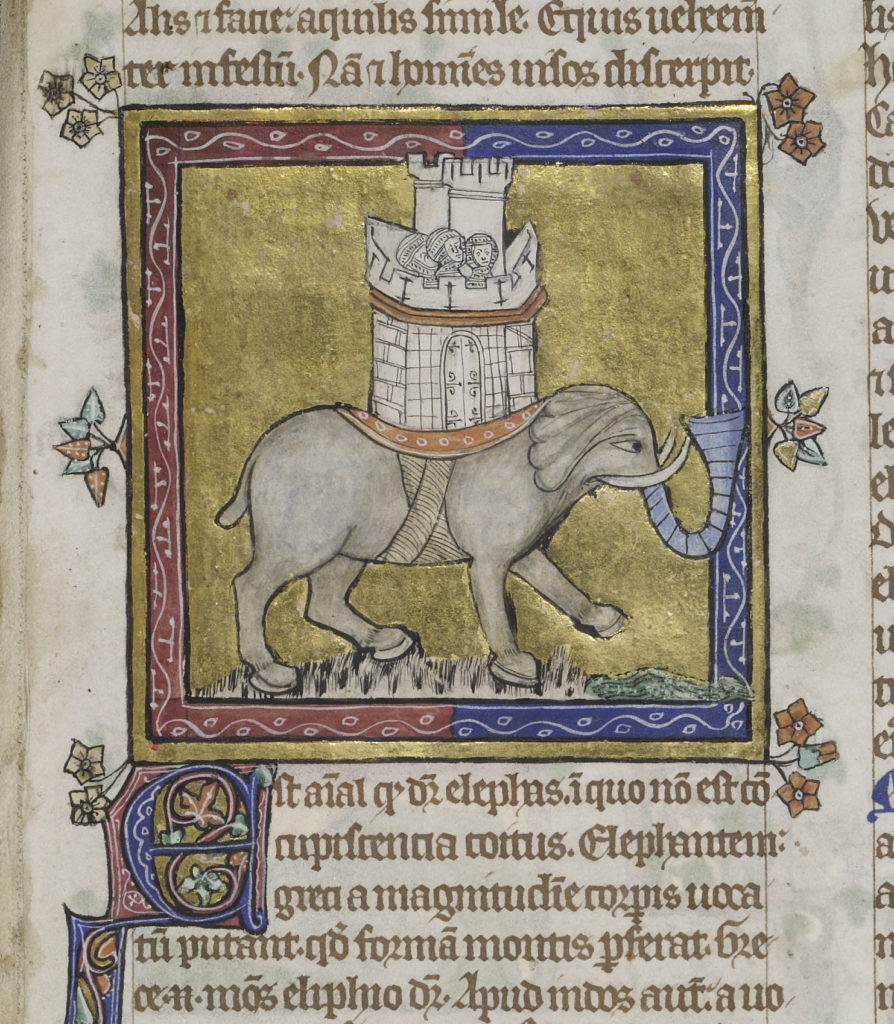 The bestiary elephant (f. 191r) provided the model for King Oswald’s castle in the animation. 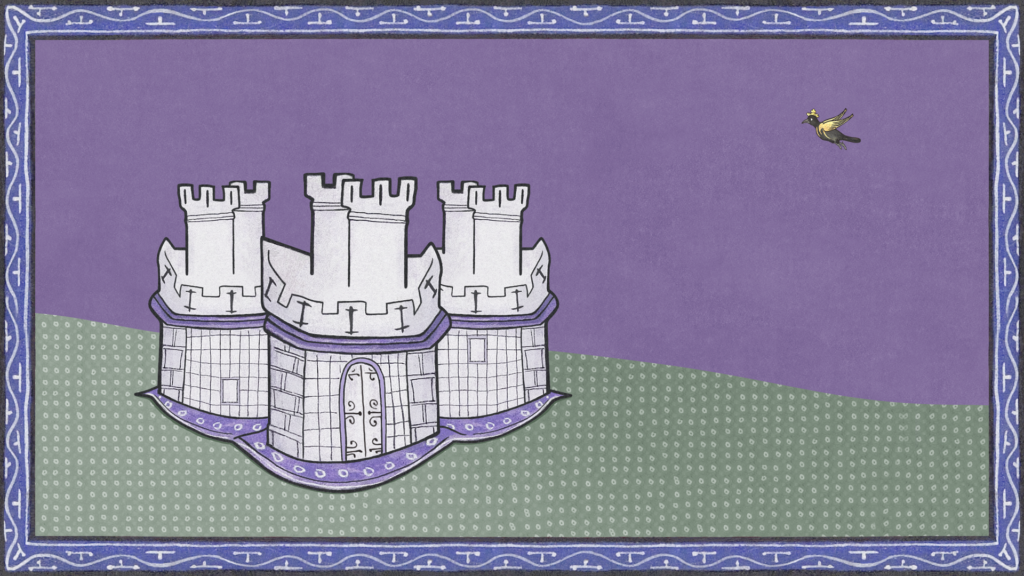 A Digital Launch as part of the Being Human Festival

The animation of King Oswald’s Raven will launch on Peterborough Cathedral’s website on 12 November as part of the Being Human festival, the UK’s national festival of the humanities. To accompany the animation, we’ve made 3 short research videos and 3 creative activity videos aimed at primary-school-aged children. One of our original project aims was to encourage young people in Peterborough to engage creatively with the wonderful medieval heritage of their city and to think about how this heritage connects Peterborough to other places – in England and in Europe.  We’ve been working with the cathedral to make sure this digital project reaches Peterborough audiences, but we are also excited about the potential of people who would not have been able to attend an in-person event at the cathedral to participate.

“To accompany the animation, we’ve made 3 short research videos and 3 creative activity videos aimed at primary-school-aged children. One of our original project aims was to encourage young people in Peterborough to engage creatively with the wonderful medieval heritage of their city and to think about how this heritage connects Peterborough to other places – in England and in Europe.”

Working on King Oswald’s Raven has been a profoundly affirming experience. Being involved in something collaborative in the isolating days of 2020; being able to share various iterations of the project with my 3-year-old son at a time when home and work life collapsed into one another (we repeatedly read the different versions of the storyboard together as if they were picture books); working on something that has not been compromised by the situation – it is a genuinely digital project, born in the first national lockdown and coming of age in the second. It has also made me think in new and surprising ways about my research. I really hope people enjoy watching King Oswald’s Raven even half as much as I have enjoyed being involved in its creation.

Dr Johanna Dale is a British Academy Postdoctoral Fellow at UCL. Her research focuses on the intersection of political and cultural history in the medieval period, with a particular focus on British and German-speaking lands. Her first book, Inauguration and Liturgical Kingship in the Long Twelfth Century: Male and Female Accession Rituals in England, France, and the Empire (2019) was shortlisted for the RHS Whitfield Prize in 2020. You can find out more about the Oswald of Northumbria project online, and follow Johanna on Twitter @SXMedievalist.