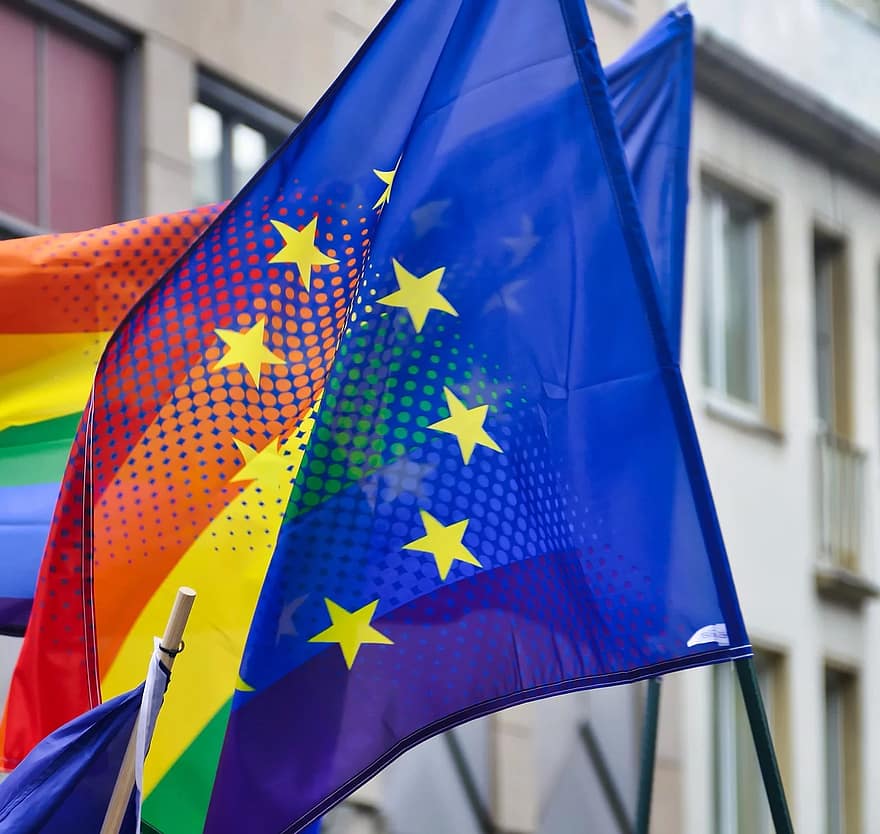 Contexts and Other Reports

The RHS LGBT+ Histories and Historians report sits within and contributes to a large body of work, undertaken over many decades, reporting on the lived experiences of LGBT+ communities and advocating for change. This work helps explain, and provide important context for, some of our findings. These surveys and analyses consistently continue to find high levels of discrimination against LBGT+ people, as we have done. Here, we expand on some the key recent reports that helped inform our research, and offer suggestions for further reading.

While the majority of the reports below reference the UK context, our discipline is a global one, and we recognise that lesbian, gay, bisexual and transgender people around the world continue to be discriminated against.

In 2020, following a large-scale survey of 140,000 participants, the EU’s Agency for Fundamental Rights concludes that while many young Europeans reported ‘more individuals standing up for LGBTI people at school – and … more talk of LGBTI issues in educational settings’, overall LGBTI individuals encounter discrimination ‘at work and at school; at cafés, restaurants, bars and nightclubs; when looking for housing; when accessing healthcare or social services; and in shops.’

“Adequate analysis of the causes and consequences of violence and discrimination requires an intersectional lens, as they are experienced in ways that are compounded by factors such as ethnicity/race, indigenous or minority status, colour, socioeconomic status and/or caste, language, religion or belief, political opinion, national origin, marital and/or maternal status, age, urban/rural location, health status, disability and property ownership.”

United Nations, Report of the Independent Expert on protection against violence and discrimination based on sexual orientation and gender identity (2019)

In 2019, the Trades Union Council found ‘shockingly high levels of sexual harassment and sexual assault’ of LGBT people in the workplace; 68% of their survey respondents had been sexually harassed at work, and of this group, two thirds had not reported it to their employer, most commonly to avoid any negative impact on relationships at work or their career, or because reporting it would have revealed their sexual orientation or gender identity.

In June 2019, a report jointly produced by the Royal Society of Chemistry, the Institute of Physics and the Royal Astronomical Society revealed that 28% of LGBT+ people working in science had at some point considered leaving their workplace ‘because of the climate of discrimination towards LGBT+ people’. Among transgender scientists, this figure was almost half. While 70% of respondents thought the working environment for LGBT+ scientists was improving, the report highlighted that ‘those from the LGBT+ physical sciences community consistently felt less supported than their non-LGBT+ peers and experienced more discrimination and harassment.’

Stonewall’s LGBT in Britain Work Report (2018), based on a survey with 3000 responses also painted a stark picture of the extent to which LGBT employees have been physically or verbally attacked and discriminated against. While two quotes in the Stonewall reports suggest that Universities offer spaces of relative good support for LGBT+ people, other research reveals that universities have little reason to be complacent. Stonewall’s LGBT+ University Report found that university can be tougher for trans students than for lesbian, gay or bi students, but that both groups commonly face discrimination from both staff and students at university.

The TransEdu Scotland Research Project (University of Strathclyde 2016-17) analysed experiences of, and provision for, trans and gender diverse applicants, students and staff in colleges and universities across Scotland. The project found high barriers to learning or work and to disclosure of trans status to institutions; 35% of survey respondents had withdrawn from a college or university course before completion. It concluded that ‘the sector must engage in sustained and committed programmes of trans awareness education, dialogue and celebration.’ The TransEdu website offers a wide range of resources and information to help support trans, non-binary & gender diverse applicants, students and staff in tertiary education.

The Stonewall School Report 2017, a study of more than 3700 lesbian, gay, bi and trans school pupils in Britain, makes for particularly difficult reading. It found that ‘almost half of all LGBT pupils still face bullying at school for being LGBT, and more than two in five trans young people have tried to take their own life.’ The report found cause for some optimism in some areas. Levels of bullying in school had decreased, the number of schools taking such bullying seriously had increased, and school pupils are more likely to be taught about LBGT+ topics in school than a decade earlier. Still, the majority of pupils reported never learning about legal rights, where to go for help or advice, or the meaning of different terms. Very few school pupils reported having experience of visible bi, gay, lesbian or trans teachers at school. The students surveyed by Stonewall are now at the age to be current or prospective university students. The most significant finding in relation to higher education was that more than half of bullied LGBT+ pupils, and two-thirds of trans pupils felt that homophobic, biphobic, transphobic bullying had had a negative effect on their plans for future education.

The Section 28 legislation, introduced by the Conservative government in 1988, banned local authorities and schools from ‘promoting’ homosexuality, publishing material with that intention, or promoting the teaching of the acceptability of homosexuality. History and Policy has some useful papers discussing changing attitudes towards sexuality, the history of Section 28, and its continuing influence.

Greater acceptance of LGBT+ people has not occurred uniformly or universally. A significant proportion of LGBT+ people – and particularly trans people – in our workplaces, classrooms and public events have lived experience of discrimination, exclusion and violence.

Exploring The Workplace For LGBT+ Physical Scientists: A report by the Institute of Physics, Royal Astronomical Society and Royal Society of Chemistry (June 2019).

Kevin Guyan and Freya Douglas Oloyede, Equality, Diversity and Inclusion in Research and Innovation: UK Review [for UKRI and Advance HE] (2019).

European Agency for Fundamental Rights, A Long Way to Go for LGBTI Equality (14 May 2020).

Articles on the LSE Engenderings Blog.

Human Rights Consortium, Institute of Commonwealth Studies, University of London, Human Rights, Sexual Orientation and Gender Identity in the The Commonwealth: Struggles for Decriminalisation and Change (2013)

National Union of Students, Education Beyond the Straight and Narrow (2017).

United Nations, Living Free and Equal: What States are Doing to Tackle Violence and Discrimination against Lesbian, Gay, Bisexual, Transgender and Intersex People (2016).

United Nations, Report of the Independent Expert on protection against violence and discrimination based on sexual orientation and gender identity (2019).

Articles on the WonkHE website[some articles require a subscription].