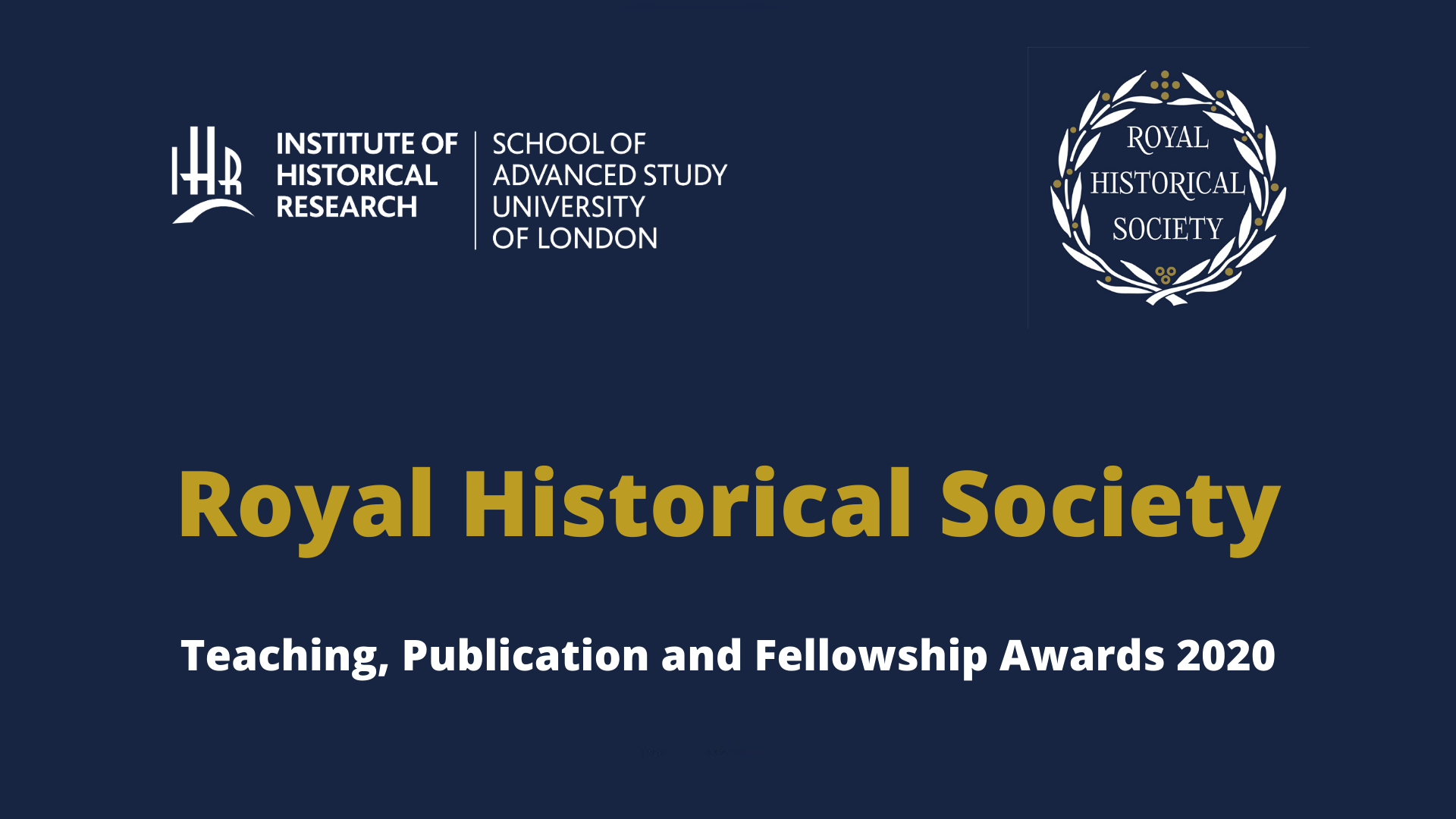 In a virtual ceremony which went live this afternoon, the Royal Historical Society has announced its Publication, Teaching and Fellowship Awards for 2020. The ceremony also included its joint awards with the Institute of Historical Research, and the IHR Prizes.

Congratulations to all our winners and runners up. Full details of all the awards, as well as the judges’ citations are below:

For the best published scholarly journal article or an essay in a collective volume based upon original historical research.

Judges’ citation: We felt that Meira’s article told a fascinating story in an engaging manner: one that drew in a number of different fields of enquiry and primary sources to demonstrate of ways in which the study of antiquities and the natural sciences were closely intertwined through the work of key individuals and the analysis of particular places – notably ancient Egypt. The article is both rich in its scholarship and broad in its ambition; importantly, it reached beyond its particular subject to engage with wider debates and about the generation of knowledge and the relationship between Europe and the wider world.

Proxime accesit: Ian Stewart for an article ‘The Mother Tongue: Historical Study of the Celts and their Language(s) in Eighteenth-century Britain and Ireland’, Past and Present, 243 (2019).

For the best published scholarly journal article or essay on a subject dealing with Scottish history. 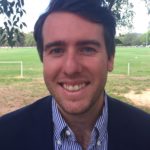 Awarded to: Scott Dempsey for an article ‘Legitimating Edward I’s Adjudication of the Scottish Succession: Two Notes on the Great Cause’.

Judges’ citation: Technically brilliant, this is an introduction to an intellectual history of the Scottish wars of Independence. It describes how Edward’s eventual claim to the Scottish throne was based on a relentless exploration of the idea of lordship in Roman law which he considered integral to kingship. Yet at the same time the article demonstrates the intellectual eclecticism of these islands in the late thirteenth century in that Edward borrowed from the late Roman republic the composition of the prestigious centumviri court to decide the Scottish succession. The piece shows that taking seriously the justifications that Edward offered for his actions during 1291-2 – which is distinct from blindly accepting them as truthful or even sincere accounts- sheds new light on both Scottish and English history at this time. 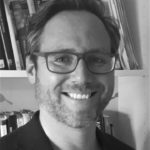 For the best dissertation submitted as part of a one-year full-time (or two-year part-time) postgraduate Master’s degree in any United Kingdom institution of Higher Education. 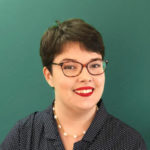 Judges’ citation: This is excellent work which undertakes a close book history while also making a clear case for its wider significance. With a very strong archival basis, it presents an interesting case study using the inventory of this bookstore around which to build the study. This made for an engaging read and gave the thesis a really strong spine. There is interesting use of visuals throughout which help the reader understand the figures and also visualise information about the context. The examiners were also impressed that it set out meaningful interventions for future studies. 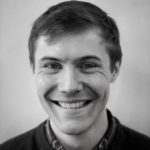 Proxime accesit:   Robert Thompson (University of Southampton) for a dissertation ‘“The true physicians here are the padres”: British Christian Army Chaplains and the Liberation of Bergen-Belsen’.

Judges’ citation: This piece sketches the ways in which the horror of the concentration camps shattered the illusion of a clean peace, and sets out to revisit a neglected perspective on this well-studied and significant event. The examiners thought the subject of the piece was nuanced, with chaplains crossing a number of categories, as the author made clear, and that this lent an interesting hook to the piece. The study was sensitively conducted and skillfully realised, recognising different categories of agency and offering a humane assessment of the experience of these horrific events and their aftermath. The thesis has a good archival base of unpublished contemporary reflection contextualised with published memoirs and scholarly work.

For a first solely-written book on a historical subject not primarily related to British History published in the UK. 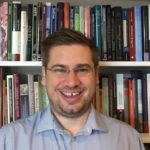 Awarded to: Caillan Davenport for a volume A History of the Roman Equestrian Order (Cambridge University Press, 2019).

Judges’ citation: This social and institutional history of the ordo equester is a most impressive work of profound scholarship. Combining written sources with archaeological studies, and also drawing on insights derived from cognate disciplines in the sociological sciences, it spans over a thousand years of ancient history, from the 8th century BC to the 5th century AD. The book offers a new way of looking at the rise of the mounted warrior aristocracy and its subsequent transformation into a landed elite. Through this prism it analyses the political and social changes of Rome from the republic to the Principate and the Empire, culminating in the remaking of the Roman state in the 3rd century and some further observations on the continuities between Rome and the Frankish empire that succeeded it in Western Europe. It is a work of great ambition, erudition and sophistication.

For a first solely-written book on a subject within a field of British history published in the UK. 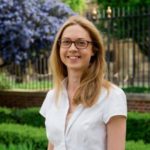 Awarded to: Niamh Gallagher, Ireland and the Great War: A Social and Political History (Bloomsbury, 2020).

Judges’ citation: This is a bold and indeed audacious intervention in the historiography of Irish Catholic involvement in British and Allied action during the Great War. Niamh Gallagher’s sophisticated interpretation of the Home Front in towns across Ireland enables us to appreciate the ways in which individuals, families, businesses, civic and political leaders, and their supporters, understood Allied war aims and the reasons for contributing and remembering. Richly detailed and illustrated throughout, this is an unusually substantial contribution to the social and political history of Ireland and Irish communities abroad. 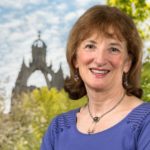 Judges’ Citation: Marjory’s work spans over two decades and was praise because of her commitment to supporting others’ learning and progression.  However, the adjudicators are particularly keen to recognise her work in setting up an online MLitt course in Scottish history and heritage which has very successfully opened Scottish history up to a wide audience, including mature students from overseas.  Building a complex, on-line learning experience that creates a sense of collegiality and belonging is a daunting task, but, Marjory’s hybrid of pedagogic strategies for developing a community of practice were trumpeted by both colleagues and students alike,  with one even stating that the learning experience was life changing.  She is a very worthy winner of the annual Jinty Nelson award. 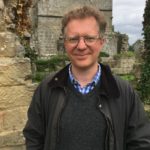 Judges’ Citation: John has a long track record of providing intellectual and pastoral support to PhD students and early career academics; indeed, those nominating him wrote warmly about the very serious time and energy he commits in going above and beyond the normal call of supervisory duties.  His support has sometimes made the crucial, positive difference for students and staff at what are amongst the most precarious of times in an academic career.  He is a worthy runner up for this year’s Jinty Nelson award. 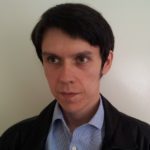 Judges’ citation: Tim has complemented his expertise in history by very successfully deploying a variety of technological applications.  The adjudicators were particularly impressed by the ways in which his innovative work promoted academic inclusion.  His innovative audio-visual support mechanisms are useful for all students, but particularly those with a variety of complex learning needs; and his use of gaming, social media and simulations give greater accessibility when exploring complex historical content and concepts.  Importantly, Tim willingly shares his innovative ideas not only across his department, but also with others across his University and he has already received two teaching awards from his own institution.  We are also very pleased to recognise the importance of his work which uses innovative tools and approaches to make history more freely accessible to learners and colleagues. 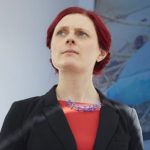 Judges’ citation: Jessica has inspired students in her teaching of American history by using approaches ranging from the use of music to explore controversial and societal issues, to the use of pedagogies which develop digital literacy through the study of history.  Her digital history module, which teaches students an array of important new skills, such as data mining and how to produce video games and 3D models for reconstructing historical sites has already been recognised by her University with institution-wide awards.  As a result, Jessica’s influence now extends beyond History, with her part-time secondment to her University’s Centre for Learning and Teaching.

The Royal Historical Society jointly with the Institute of Historical Research has awarded the following research Fellowships: 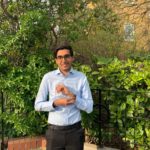 For research on: The birth of a technological nation: Technical education in colonial and post-colonial India

For research on: Conspiracies of Consent: The Middlemen in Nineteenth Century Indian Indenture 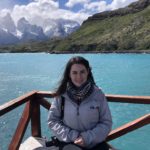 For research on: “Horizon on Horizon: Representing the Patagonian Natural Environment, 1774-1992” 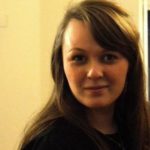 For research on : “Imagined Calabria: Narratives of Power and Community in Italo-Greek Hagiography”

The Institute of Historical Research has awarded the following prizes:

For an essay of no more than 8,000 words on a theme related to the history of early modern Britain. 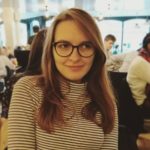 Judges’ citation: The judges commended this as an elegant revisionary account of the working of aspects royal justice in the reigns of Henry VIII and his father, drawing productively on the author’s extensive research in the records of the Tudor Court of Requests. Looking closely at the use of the – so called – wet and dry stamps of the royal signature on legal and other documents, the essay shows that it was used more routinely to streamline processes and project royal authority and involvement in the exercise of justice than has been claimed. Laura is a third-year Cambridge Trust & Newnham College PhD candidate working on the political and legal culture of the late fifteenth and early sixteenth centuries. Her thesis is on ‘Justice in the Court of Requests, 1483 – 1538’.

For the best paper presented at an Institute of Historical Research seminar by a postgraduate student or by a researcher within one year of completing the PhD. 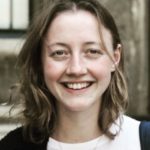 Awarded to: Mimi Goodall (University of Oxford), “Sugar in British America”. Given at the Food History Seminar.

Judges’ citation:  This is a beautifully written paper making clear, convincing and important points about sugar availability much earlier and to a wider socio-economic group than previously thought in N. America. It is based on fascinating research, is innovative and robustly argued, and based on a sound methodology using quantitative and qualitative methods and sources. It is a lively, ambitious and well researched analysis of the sugar trade and sugar consumption in the British Atlantic world. 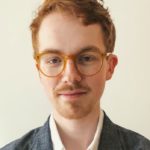 Judges’ citation:  A very interesting, well set up and mature paper about the Lilburne trial set within specific and wider historiographies that seeks to make a serious argument about state and sovereignty. A powerfully argued, gritty and impressive case for Lilburne’s stress on publicity as a means of asserting the legitimacy of popular sovereignty. It’s excellent on the traditional rhetoric of publicity and on the crowd’s role in history.