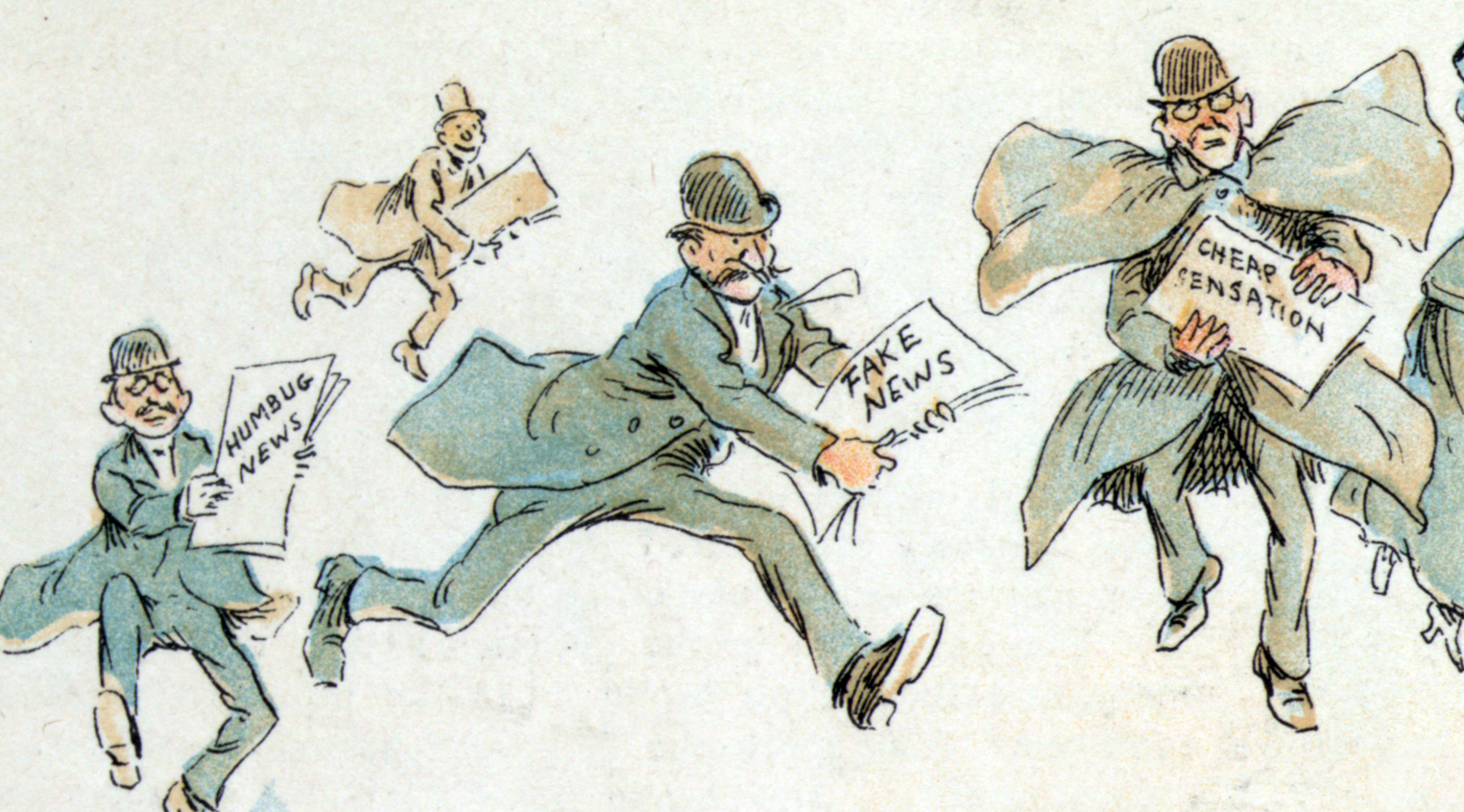 Taradiddles. Or, lies in a post-truth society

There is nothing new in our lack of trust in information and facts. But how does this affect archives and researchers? Julia Sheppard, Chair of the British Records Association, considers some of the questions that have arisen in recent events.

In his autobiography, Mark Twain credited Benjamin Disraeli with the quip that ‘There are three kinds of lies: lies, damned lies and statistics’. But current mistrust in our institutions and systems, politicians and information, appears to be at an all- time high. Edelman’s Trust Barometer – an annual trust and credibility survey, now in its 20th year – shows this trend clearly, and gives various reasons why. Following a decade of events and scandals (examples include Cambridge Analytica, MPs expenses, phone hacking, Jimmy Savile, the collapse of Northern Rock and Grenfell), many people are questioning the way that governments and organisations are run, the cover-ups that have taken place, and statements that are later exposed as lies. Is it any wonder that cynicism and mistrust have grown?

the status of most trusted information source is jointly held by academic experts and company technical experts, with 63% of Britons citing each as trusted.

Archives in the Post-Truth Era

Oxford University Press declared 2016’s Word of the Year as ‘post-truth’, defined as ‘relating to or denoting circumstances in which objective facts are less influential in shaping public opinion than appeals to emotion and personal belief’.

The issue of lack of trust should be of great concern to all of us, including record creators, archivists and historians.

When people cease to have faith in what they are told, or simply believe what they read on social media or in the press, they all too often dismiss all evidence, regardless of its significance or provenance. The situation is compounded by the ease with which digital records can be manipulated. When even the US National Archives has to apologise for altering a photo, it can seem that the value of facts, the record, is in danger of being thrown out of the pram with the rest of the information bath water. Ultimately the process of lack of faith in ‘evidence-based information’, (in itself a term which should come with a health warning), undermines our democratic processes.

The archive and research communities are increasingly anxious about this issue. For example, Dr Charles Kriel, Director of the Kriel Agency and contributor to DCMS inquiry into fake news, gave a keynote at the RLUK Conference 2019 entitled “Collusion- how social networks manipulate news, radicalise opinion and destroy democracy”. And a recent joint National Archives, Institute of Historical Research and School of Advanced Studies Symposium took as its topic ‘Truth and Lies: Information in the archives’; Professor Jo Fox’s keynote at this event was on “Fake news and the Archive”.

In November 2019 the British Records Association, a charity which assists in the preservation and understanding of archives and encourages their research use, held a Forum on ‘Archives and records in a post-truth world’. Representatives from national archive and research organisations in the UK, met to discuss issues around trust in the archives. This was reported on the BRA web site and a fuller report will appear in a future issue of the BRA’s journal, Archives (now published by LUP).

The discussion was focussed and very useful, recognising, for example, that there are good reasons why cynicism in the record was healthy, given some well-publicised failures in record-keeping and lack of transparency in archives. We debated strengths and weaknesses in the sector, and what could and should be done to build trust in the short and long term.

One of the key proposals was that teaching from school age upwards needs to better equip students to evaluate evidence and tackle fake news. Information literacy is vital. Educational strategies being undertaken in Finland have been widely reported, and much more could be done here.

Some of the suggestions for tackling a lack of trust include:

Inevitably some of these ideas would require more funding, though sometimes simply a more proactive engagement with the public was felt to be necessary.

Some of these outcomes and suggestions from the forum will be taken further by the BRA. It is important that the concern of the archive and research community about questions of truth, and post-truth is publicised in order to raise awareness that intervention is needed on this issue.

A professional archivist, Julia Sheppard was previously Head of Research and Special Collections at Wellcome Trust, and Chair of the British Records Association 2015 – 2019. She organised the “Archives and records in a post-truth world” Forum, and continues to work on the outcomes it raised.