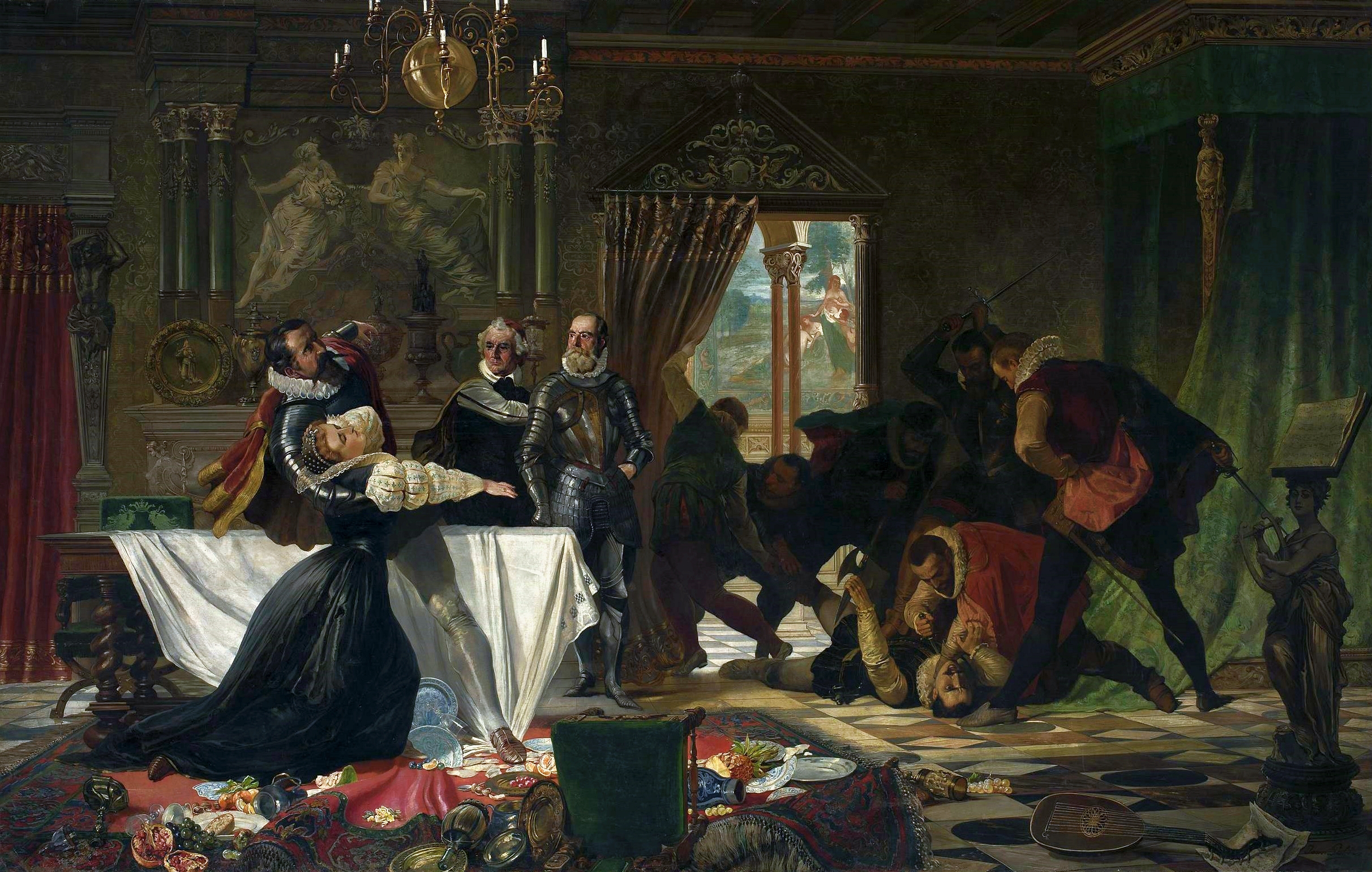 New Camden Volume: The Letters of Paul de Foix: French Ambassador at the Court of Elizabeth I, 1562–1566

Since completing my book Henry VIII and Francis I: the Final Conflict in 2011, I have been studying the stormy relations between France and the British Isles in the mid-Tudor period. I wanted to establish a full survey of the surviving evidence, and this led me to the idea of making better known the reports of French ambassadors in the early Elizabethan period. Those of the Noailles brothers had been widely known since their partial publication in the 18th century (though the full range of the material goes well beyond that). The despatches of the chevalier de Seure (1560-61) – an intriguing character who had had vast experience in negotiating (albeit rather disastrously) with the Portuguese court and fighting for the cause of the order of Malta in the eastern Mediterranean – became the subject of my previous Camden volume.

In some ways, the chevalier de Seure was an odd choice as ambassador to Elizabeth I; his successor, Paul de Foix, was, on the face of it, more acceptable. Prompted in part by an invitation to speak on him at a conference on France, Scotland and British Isles at the University of Kent in June 2016, I set myself to understand what had survived of his despatches (patchily copied for the Public Record Office in the mid-19th century by Armand Baschet).

What do we learn from Paul de Foix’s correspondence?

De Foix was a nobleman of claims to high lineage and a remarkable scholar with pronounced interests in religious reform who, though never a Protestant, took serious risks in standing up for religious concord in 1559-60 and only managed to survive through the patronage of Catherine de Medici. The Regent was keen to have as an ambassador in England a figure who could maintain stable relations at a time of increasingly threatening problems and report on the serious links between the prince of Condé and his party and the Elizabethan regime. De Foix had to observe English military preparations without seeming to go beyond what was acceptable. When formal war ultimately broke out between France and England, he had to stay as an informal hostage, while Elizabeth’s ambassador in France, Sir Nicholas Throckmorton, was detained on a charge of unacceptable interference in French politics. Part of that time was spent at Eton College, where he and his entourage were involved in sometimes violent disputes.

Once peace was signed in 1564, de Foix responded to tentative proposals for a closer alliance and also managed the need for France to avert or derail the alarming prospect of a marriage alliance between Elizabeth and the Archduke Charles of Austria. Instead, de Foix was charged with trying to persuade the thirty-two year old Queen that marriage to the sixteen year old king of France was a good idea. Did anyone seriously suppose this could happen? Yet, as this Camden volume reveals, vast energy was spent on the possibility, and in the course of this we learn a great deal about the assumptions of 16th century statesmen about the nature of dynastic marriage.

Finally, de Foix had to handle the increasingly difficult and embarrassing relationship with Mary Queen of Scots, whom he had met briefly on a special mission in 1561 and with whom he never established much warmth or sympathy. The final part of his embassy was dominated by the handling of the marriage to Henry Stuart, Lord Darnley and the murder of her private secretary, David Rizzio. Throughout, de Foix was seconded by a close team of devoted servants, some of whom stayed with him for years, and an entourage of scholars.

Usually, we know about French ambassadors’ reports in this period from the chance survival of their own registers rather than systematic files of secretaries of state. The latter only become accessible in the second half of the 16th century and are often, as in the cases of Jean du Thier under Henri II, and Florimond Robertet de Fresne under Catherine de Medici, split between collections in Paris and Russia, following the wholesale dispersal of collections in the 1790s. When I started to investigate Paul de Foix, though, I realised that what had survived stemmed from the papers of one of the great secretaries of state of the 16th century, Claude de Laubespine.

This takes me back much longer. While working in Paris in 1971, I came across references to what looked like an interesting archive at Villebon in Eure-et-Loire. After writing speculatively to the owner of the château, I received a kind invitation from M. Pierre Pénin de la Raudière to visit. After taking a train to Nogent-le-Rotrou from Paris Austerlitz via Chartres, I was met at the little station of Courville-sur-Eure by Mme de La Raudière, who drove us to the château. Villebon proved to be a perfectly preserved 15th-century castle, surrounded completely by a moat and formal gardens. Spiral staircases led from floor to floor and tapestries decorated the walls. Their daughter was polishing a suit of armour. M. de la Raudière, I later discovered, had inherited the castle from his first wife and was a courteous, elderly and scholarly gentleman. He gave me the tour of the castle and showed me his chartrier, contained in a turret room off the long gallery. The château had been owned in the 16th century by a military commander in Picardy, Jean d’Estouteville, and passed into the hands of Henri IV’s minister Maximilien de Béthune, duke de Sully, who died there. It then came into the possession of the comtes de L’Aubespine, who held it until the Revolution and who owned the papers of the two brothers: Claude, secretary of state, and Sébastien, Catherine de Medici’s trusted ambassador.

I quickly realised that the archive was a massive one and spent some days copying as much as I could that was relevant to my thesis research. Fortunately, I shortly afterwards met another French research student at the Ecole des Chartes, Jean-Daniel Pariset, who was also interested in the archive and who photographed more of the documents for me. Ultimately I was able to publish much of this material in a 1984 volume of the Camden series.

So why had Paul de Foix’s papers survived in the way they did and what was the connection with the Laubespine archive I had studied decades before? I worked out that his despatches that survived in the Bibliothèque nationale were derived from a sale of what had obviously been a vast archive by the dealer Techener in 1835. I had become increasingly fascinated by the migration of manuscripts in the course of the 19th century after the Revolution, not least because so many of the papers of 16th century French secretaries of state had remained in private hands. Tracking the break-up of those archives became a passion. The contents of that sale made it clear that the source was the same as the Laubespine archive, the papers partly printed by Louis Paris  in 1841 and then subject to a major sale in 1904 (from which M. de la Raudière had, he told me, repurchased a great deal). Finally on 25 March 1992, the sale took place at the hotel Drouot, of the bulk of the original letters (the ‘autographes’), including letters of Catherine de Medici, the duc de Guise, cardinal of Lorraine, constable de Montmorency, all kept by the brothers Claude and Sébastien de Laubespine. This was one of the most important sales of a 16th century French archive for generations and, fortunately, the Archives Nationales were able to make a microfilm copy before dispersal.

It then remained for me to track down many of the items of Paul de Foix’s correspondence not brought into the Bibliothèque nationale and dispersed in the course of sales during the 19th century. I hope I have found the bulk of Paul de Foix’s surviving papers, now collected together in this Camden volume, though some items may turn up in the future. Tracking French manuscripts through sales catalogues is an absorbing passion and has helped enormously with my current project of assembling the texts of the letters missive of Francis I.

David Potter is Emeritus Reader in French History at the University of Kent. He has published widely on the history of early modern France, including Renaissance France at War: Armies, Culture and Society, c.1480-1560 (Boydell Press, 2008) and War and Government in the French Provinces: Picardy 1470-1560 (Cambridge, 2002).