Cataloguing the RHS Archive 2: The Quest for the 1583 High Commission

The Royal Historical Society is currently revamping its archive and updating its accompanying catalogue, a project that includes the digitisation of the academic and personal papers of George Walter Prothero, the first RHS President. In their second blog post on the project, our researchers Eilish Gregory and Imogen Evans examine how the papers make apparent Prothero’s methods as a historian.

In 1892 and 1893, George Prothero was researching the 1583 Court of the High Commission as part of his study on Elizabethan and Jacobean constitutional history.  In 1894 this work was published as Select Statutes and Other Documents Illustrative of the Reigns of Elizabeth and James I, published by Oxford Clarendon Press. 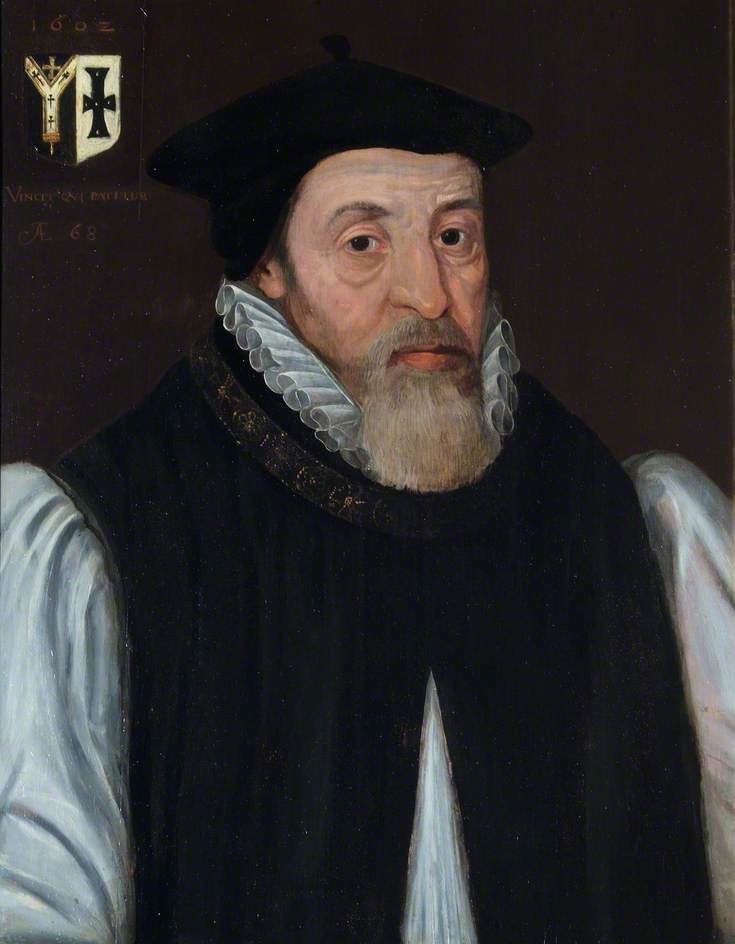 The Court of the High Commission was the supreme ecclesiastical court of the Church of England, presided over by John Whitgift, the Archbishop of Canterbury (1583-1604), shortly after his appointment to the archbishopric. Under his jurisdiction, the High Commission obtained extraordinary powers to control religious affairs in the kingdom by passing articles suppressing the growth of religious nonconformity, including Puritanism.

Correspondence within the papers charts how Prothero searched for surviving manuscript copies regarding the Court of the High Commission. He wrote to the archives in the dioceses of Norwich, Salisbury, Lincoln, Lambeth, Rochester, Canterbury, and Chichester (Manuscripts PP1/1/7-14).  Such an approach made sense as Whitgift would have despatched the orders to the dioceses in 1583, and they would have been kept and deposited away for safekeeping.

Prothero was intent on finding documents relating to the 1583 High Commission because he believed it was integral to our understanding of religion and politics in early modern England. But Prothero’s quest to uncover the history of the High Commission proved challenging. He was informed by the archivists at Norwich and Rochester that there was an absence of records regarding the High Commission, while J. Dalton of the Windsor archive recommended that Prothero consult the Bodleian and Ashmole libraries after he confirmed the same news. W. R. Stephens at Chichester diocese told Prothero that a copy could possibly be found at Lambeth Palace archives, although this proved to be unsuccessful too. In the end, Prothero was able to reproduce Whitgift’s 1583 articles in his collection (Select Statutes, pp. 211-212). Historians S. R. Gardiner and W. A. Shaw gave Prothero advice about publishing his work on the statutes, including pagination and indexing references from the Public Record Office (PP1/2/2, 8).

The papers in the Royal Historical Society archive reveal how much Prothero and other scholars relied on personal communication with archivists in the record offices when conducting historical research for publication. The expert and intimate knowledge of archivists was vital to the ‘discovering’ of historical documents – knowledge that today it is increasingly easy to forget as archives become more and more accessible by digital means. In an era when calendars and catalogues were not readily available, these joint endeavours created the finding aids that history scholars still rely upon today when referencing and analysing important Elizabethan legislature.

Dr Eilish Gregory, is an early career researcher who completed her PhD on Catholicism during the English Revolution at University College London.