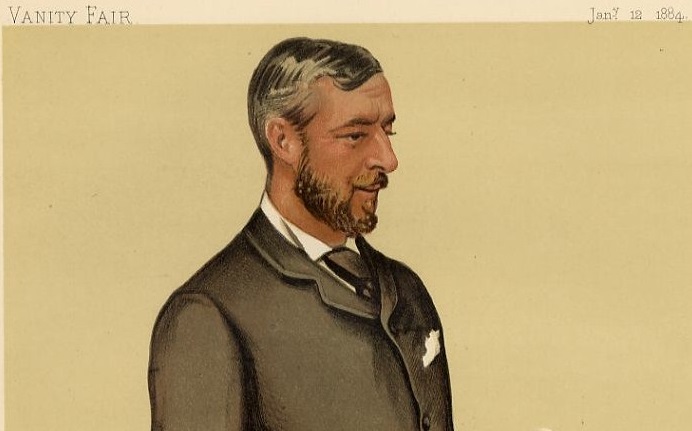 The Royal Historical Society is pleased to announce the publication of British Envoys to the Kaiserreich, 1871–1897, Volume 56 in the Camden Fifth Series, edited by Markus Mösslang. In this post, Dr Mösslang introduces the volume, and its part in the larger British Envoys project.

The second and final volume of British Envoys to the Kaiserreich, 1871–1897 marks the conclusion of an editorial enterprise of the German Historical Institute London that began nineteen years ago with the preceding series British Envoys to Germany, 1816–1866 (4 vols). Together, the two series present a comprehensive selection of the diplomatic correspondence sent from the British diplomatic missions in Germany to the Foreign Office. They cover Anglo-German history from the resumption of diplomatic relations in 1816 to the year 1897, when Germany’s new aspirations in and beyond Europe affected already volatile relations.  This period corresponds, roughly and possibly quite tellingly, with Otto von Bismarck’s lifespan (1815–1898). Yet while Bismarck and other statesmen on both sides of the channel feature prominently in the reports that were filed to the Foreign Office, this editorial enterprise includes a diverse selection of diplomatic reports from the smaller German courts and capitals. 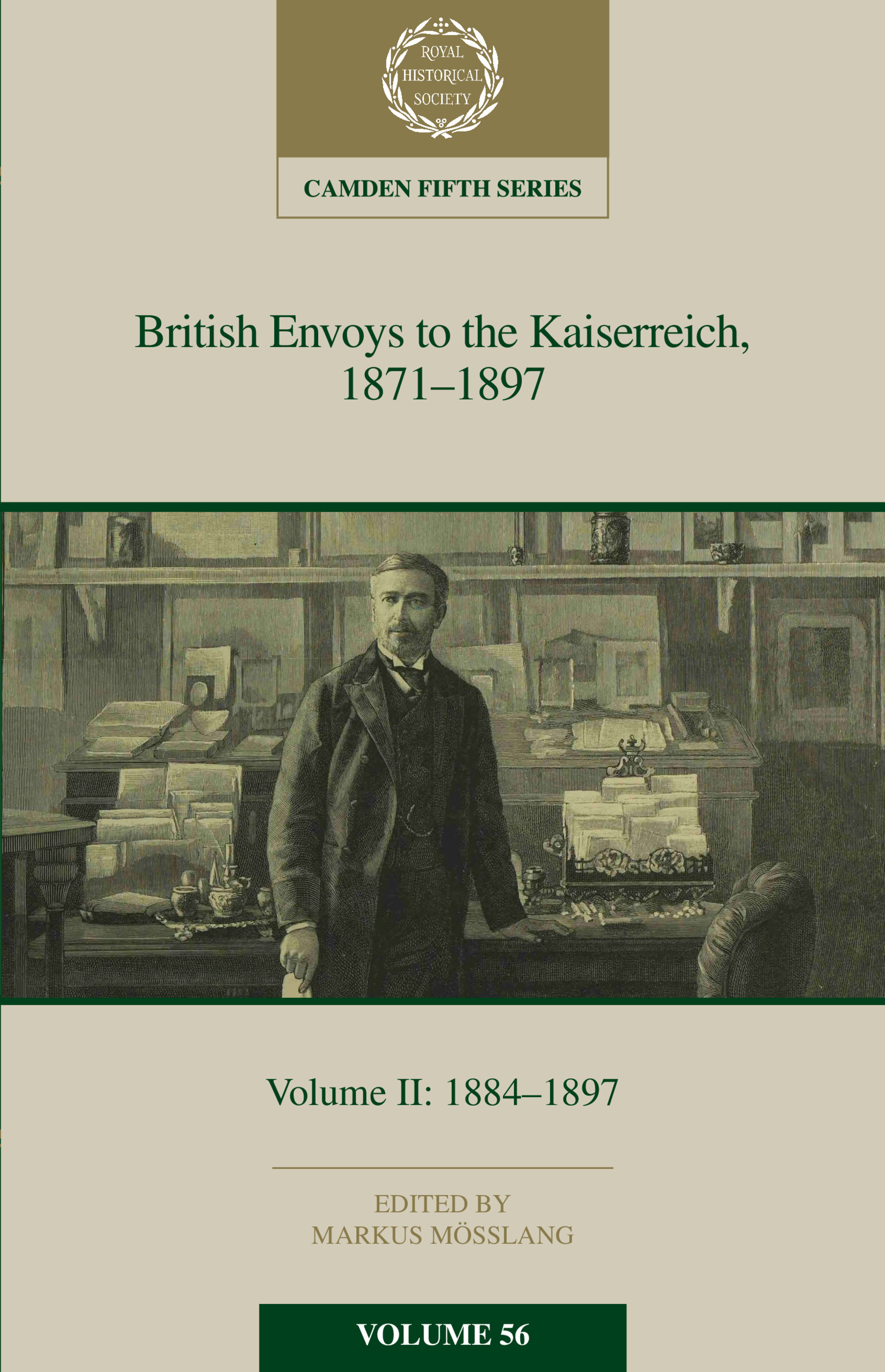 The series, initiated with the aim of contributing to the historiography of Anglo-German relations gradually coincided with a renewed and widened interest in the history of diplomacy and of international relations. The two new volumes of British Envoys to the Kaiserreich, available in open access (see vol.1 and vol. 2)  give unique access to a historical period associated with the economic and political ascent of Germany. This includes Bismarck’s Realpolitik and Britain’s (splendid) isolation, New Imperialism and the increasing political and societal interconnectedness of European states.

Key Features of the Series

British Envoys to the Kaiserreich seeks to modify traditional – and often teleological – accounts of Anglo-German history by highlighting the volatility of relations, and the heterogeneous character of perceptions of Germany. The diversity of British observations is reflected in the simultaneous reportage from five permanent diplomatic missions: the Berlin embassy and the still independent legations in four of Germany’s twenty seven constituent states, at Darmstadt (Hesse), Dresden (Saxony), Munich (Bavaria), and Stuttgart (Württemberg). Correspondence from these so-called ‘minor missions’, which were maintained despite continuous public criticism in Britain and mistrust of the Berlin Wilhelmstrasse, opens up new and comparative perspectives for historical research.

First, the dispatches reveal insights into diplomatic practice in a period when ‘old diplomacy’ came under pressure. In contrast to the Berlin ambassador, implanted in the heart of imperial power politics, his colleagues at the grand ducal and royal courts had both time and opportunity to consider local sentiments, dissenting arguments, and repercussions of high politics that usually did not enter diplomatic spheres. Observations on public opinion and reflections on the role of the press in international and Anglo-German relations are of particular value, and, in part, also justified the envoys’ presence in the diplomatic ‘backwaters’. Here, as in Berlin, the envoys’ individual points of view were affected by internal British developments and shaped by deep-rooted convictions of the diplomatic establishment.

Second, the anomaly of several diplomatic missions within one nation-state allowed firsthand experience of German federalism and nation building. British perceptions are presented not only as less Prusso-centric than usually acknowledged, the multiperspectivity of five missions also adds to our understanding of the regional dimensions of both inner German and international developments. Notably, German diplomats who belonged to the diplomatic corps of the respective provincial capitals proved to be an invaluable source of information for their British interlocutors.

Third, the envoys’ attention to German affairs was also affected by inner British developments. Links with domestic issues, such as the Irish Home Rule movement, workers’ rights and welfare reform, manifest themselves in numerous reports, particularly at the time of the Kulturkampf and Anti-Socialist Laws. Here, as in the observations on German constitutionalism and liberalism, individual assessments are shaped by deep-rooted – if at times diverging – convictions of the British diplomatic establishment. At the same time the envoys, particularly in Dresden and Munich, countered British misinterpretations of German politics as well as prevalent generalizations and stereotypes. To some extent – and dependent on the length of the postings – diplomats were veritable advocates of their host countries.

British Envoys to the Kaiserreich (2 vols) and British Envoys to Germany (4 vols) present 1,848 official reports from the years 1816 to 1897. All originals (records of the Foreign Office) are held in the National Archives, Kew. The selection is based on the quality, originality of perspective, and informative value of the dispatches as well as on a balance between the individual missions. The dispatches are ordered chronologically for each mission and are preceded by brief summaries. While annotations provide the reader with necessary information for the understanding of individual dispatches, the introduction to each of the two volumes identifies the main topics of the period and compares patterns of the selected reports, intertwining them with the chronology of Anglo-German relations. Special consideration is given to the biographical and ideological background of the envoys. Alongside the institutional framework of the Foreign Office, including the highly controversial question of maintaining the minor missions after the foundation of the Kaiserreich, these factors account both for specific perceptions and the singularity of British diplomatic reportage from Germany. The years 1867–1870, which so far – for the sake of a balanced selection – have been omitted from the project, will be the subject of a future supplement volume.

As part of the British Envoys project, British Envoys to the Kaiserreich, 1871–1897 is presented on the website of the German Historical Institute London. This includes a compendium of all diplomatic representatives at the British missions in Germany between 1816 and 1897, direct access to the volumes available at Cambridge Core, as well as a combined subject and biographical index of the two series British Envoys to Germany and British Envoys to the Kaiserreich. The Digital Index can be searched for dispatches by the individual eight British missions to Germany, by name, subject, or places mentioned in or related to the dispatches, and for a specific year as well as a certain period covered by the edition. All results can be sorted chronologically, by mission or by sender. On request short summaries allow quick information on the content of the dispatches.