450 Years since The Dutch Revolt

The 450th anniversary of the start of the Dutch Revolt – the Eighty Years War as it is known in Dutch – is being commemorated in 2018 by a series of events, including an exhibition at the Rijksmuseum. In this blog, Prof. Judith Pollmann reflects on Prof. Geoffrey Parker’s 1976 article in our Transactions which asked ‘Why did the Dutch Revolt last Eighty Years?’ 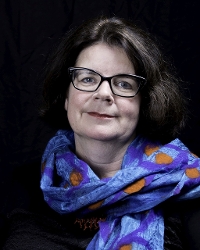 Why did the Kings of Spain fail to defeat the rebels who took up arms in the Netherlands in 1566, and created a breakaway Republic? And why did it take them eight decades to accept the loss of the Northern half of the Low Countries? It was these two basic questions which Geoffrey Parker set out to address in his 1975 lecture for the RHS. His answers transformed the study of that ‘first World War’, the Revolt of the Netherlands, and his essay continues to be on every reading list on the subject.

Parker’s article emanated from a 1972 paper written for an audience of Hispanists at Cambridge, who had requested a talk on the historical context to the many plays, poems and histories which touched on the endless war which the Spanish had fought in the Low Countries. With this broad remit in mind, Parker ventured both beyond the book that he had just completed, his 1972 The Army of Flanders and the Spanish Road, and beyond the one he was completing when he spoke to the RHS; The Dutch Revolt (1976) covered only the period from 1566 to 1609, when a Twelve Year Truce ended the first phase of the war.

Parker answered his first question, on the Spanish failure to defeat the rebels in the Low Countries in the early stages of the conflict, by pointing to a factor that had never been considered systematically before. While King Philip II spent vast amounts of Peruvian silver and Castilian taxes on the fight against the rebels, he did not do so consistently. At crucial moments, the money was needed for matters of even greater urgency in the Iberian peninsula, Italy, the Mediterranean, to meddle in the wars in France, or to invade England. And whenever that happened, the Habsburg Army of Flanders was starved of funds, to the point that earlier gains were sometimes completely lost.

For Dutch scholars this was new; they had taken for granted that the revolt in the Low Countries had been at the top of their King’s agenda, rather than just one item on a much longer list of royal headaches. It also opened up a new field of questions. If Parker was right that to explain Habsburg military fortunes, we should just follow the money, this was perhaps also true for the Dutch. Jim Tracy and Marjolein ‘t Hart proceeded to analyse how the Dutch exploited an older system of local borrowing by urban authorities, at low interest, to fund their collective war debt. They used the money to revolutionize their armies, not only by changing the conduct of war itself, as Parker and others had argued, but above all by changes in military organization. Both to raise the loans, and the taxes that were needed to service them, Dutch authorities had to secure broad support for the war among the population. This, in turn, forced them to do something about the disciplinary problems and mutinies that plagued all early modern armies. By offering their soldiers more regular pay, and by honouring these offers, it proved possible to get them to accept stricter discipline, and so considerably reduce their nuisance value. Whereas billeting had been every householder’s nightmare, people in garrison towns now competed to become the soldiers’ landlords. It all helped the Dutch rebels to at last to secure loyalty to their cause in the United Provinces; this was less self-evident than Parker had thought; the early phases of the war, we now know, were a civil war as much as a collective uprising against the King.

It also points to the pivotal importance of both political representation and public opinion. No one cared much about civilian suffering in those areas in the Dutch Republic that were politically unrepresented. Conversely, the Habsburgs realized from the 1580s that they if they were to successfully regain control of the Southern provinces, they were to honour the privileges and liberties of the representative assemblies in the South after 1585. The surprisingly fast revival of Catholicism in the Southern Netherlands similarly owed much to the fact that the Habsburgs presented themselves as the guarantors of the age-old religious values of the Southern communities, rather than to demand religious conformity as evidence of obedience to royal authority. Heresy in the South was no longer fought with executions, but by much tighter control of the public sphere.

In the Dutch Republic, by contrast, religious arguments were never going to win the war; while the ‘public church’ was Reformed, only a minority of the population signed up for full church membership. Even the influx of tens of thousands committed Calvinists from the Southern Netherlands did not change the fact that there were large Catholic and Mennonite minorities. Instead, Calvinist proponents of continuation of the war developed a powerful and secular popular memory culture around graphic images of ‘Spanish’ atrocities in the 1570s, which were presented as evidence that the Spanish peace offers could never be trusted. Even when the actual stakes in the war had long changed, this determined much of the public debate in the Republic.

This brings us to Parker’s second question, why Philip II and his successors did not cut their losses earlier and concede victory to the Dutch. Again, his answer pointed to the importance of placing the Revolt in a bigger, transnational picture. In successive peace talks, the Kings of Spain found it impossible to compromise on religion, or cede sovereignty, because they feared a domino effect in the monarchía as a whole. Moreover, Parker pointed out that by the 1620s the stakes in the war had become economic, while the war itself also shifted to theatres in Asia, Africa and the Americas. While some aspects of Parker’s second answer met with criticism, not least in Jonathan Israel’s 1982 The Dutch Republic and the Hispanic World, 1606-1661, both his emphasis on the war’s transformation into an economic conflict, and his insistence that it should be studied at a global as well as a European level, are now central to the study of the war’s seventeenth-century history.

Judith Pollmann is Professor of Early Modern Dutch History at Leiden University. You can follow her on Twitter @JudithPollmann.

Henk van Nierop, Treason in the Northern Quarter. War, terror and the rule of law in the Dutch Revolt (Princeton 2009)

Judith Pollmann, ‘The cult and memory of war and violence’ in Helmer Helmers and Geert Janssen (eds), The Cambridge Companion to the Dutch Golden Age (Cambridge, forthcoming August 2018).

Image: Gablestone at the ‘Spanish House’ commemorating the massacre at Naarden on 1 December 1572. Photo: Ralf Akemann, via Judith Pollmann.