In April, we hosted a symposium on Diverse History/Hanes Amrywiol at the University of South Wales in Cardiff. The event highlighted the great diversity of historical research and engagement in Wales, as well as engaging Welsh colleagues in our ongoing work with gender and racial inequality. RHS Council member Professor Trish Skinner of Swansea University reflects on the event as one of the organisers, and Dr Emily Cock of Cardiff University offers her reflections from an early career perspective. 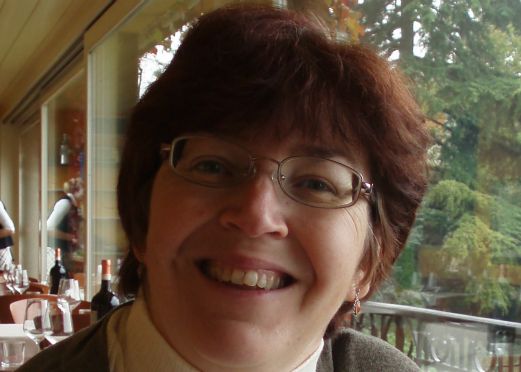 As the Royal Historical Society celebrates its 150th anniversary in 2018, this event took a timely look at current and future trajectories in the make-up and practices of the UK historical profession. Its location in Wales was particularly timely just as the new Welsh language standards came into force, reminding delegates that regional diversity is just as much a factor in historical practice, and against the background of the Welsh Government’s ‘Live without Fear’ campaign, promoting social inclusivity.

Working through the lens of ‘diversity’ – a multiplicity of positions, identities, approaches – in preference to ‘difference’ – which tends to concretize boundaries between specific interests rather than seeking their intersections – the conference brought together academics at different career stages and students within and outside university history departments working in different areas of history, including gender, race and disability studies, and connected them with colleagues working in education policy and the Third Sector. Over the two days some 50 delegates attended. The conference was consciously intersectional, that is, there were not specific sessions on each area of history, but papers were programmed to bring out points of contact. The event also sought to challenge the idea of a ‘traditional’ conference by eschewing keynotes in favour of opening up with a panel and discussion reflecting on the achievements and desiderata for a history that is truly inclusive of minority ethnic communities. Bringing together Margot Finn, President of the Society, in conversation with REEWG Chair Suzanne Bardgett and with Uzo Iwobi, CEO of Race Council Cymru, we heard how soldiers of the colonial service were remembered, how the RHS is working to identify how more BAME students could be attracted to history courses (starting with the obvious problem that the profession itself is not representative of the population as a whole) and how RCC has been arguing for better representation of black history within the curriculum at schools level in Wales. As Uzo commented, ‘Welsh history is black history.’ In the 70th anniversary year of the first Windrush arrivals, the imperative to make the curriculum more inclusive is clear. The second panel introduced the survey that will lead to the second RHS Gender Report, and breakout panels explored the landscape facing ECRs and the gender dynamics of delivering history teaching. The ensuing discussion highlighted gendered space as a missing element in the survey’s considerations, and how students studying history in History departments might have a different age/gender mix and experience to those, for instance, in Adult Education. Margot drew out the contrast between the two panels – whilst we had still been exploring what content might inform an ethnically-inclusive curriculum (some examples of website resources are listed at the end of this report), the gender panels highlighted process, suggesting that content and resources in this area are more mature and accessible, but that basic bibliographies might still favour male authors over female. Papers in the subsequent session pointed up further intersections, as the LGBTQ+ history of Wales was highlighted by Daryl Leeworthy and Norena Shopland. Sarah Morse, Acting CEO of the Learned Society of Wales, then outlined how the Society is working on an inclusive Wales Studies agenda. [The new CEO, Martin Pollard, has just been announced.]

Historians obviously have a crucial role to play in shaping this programme, and ensuring it represents the longstanding exchanges between the region and the wider world.

After these panels, a full programme of papers followed across the two days, before a final panel considered how the diversity agenda in history might be moved forwards. Phil Star from the WJEC/CBAC suggested that the rich research he had heard about during the conference could help to shape KS3 and upwards in schools, and echoed earlier calls in the workshops for universities to be ‘better neighbours’ in reaching out to community and third sector history groups and projects, such as the ‘Backyard’ project in Newport, getting BAME kids to interview their older relatives about their migration histories and life in Britain in the 1950s onwards, or the Ely Hospital project presented by Cardiff People First, researched by members with learning disabilities. As an archivist in the audience commented, archivists and historians of all backgrounds need to work together on making diverse histories more visible, through specialist finding guides that are sensitive to the specific historical languages of a particular group or community. 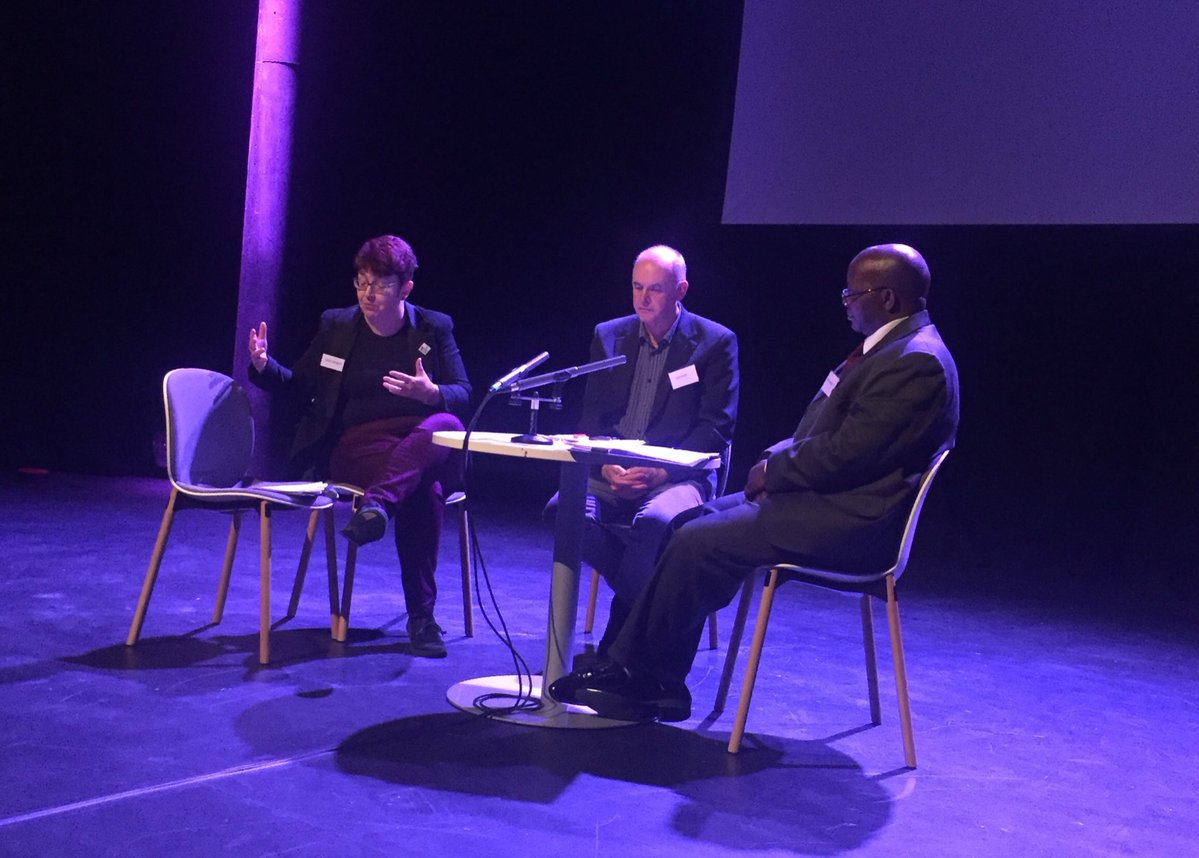 So what next? Participants left their thoughts, underlining that public engagement is ‘easy for the pre-engaged, less so for the dis-engaged’. Some questioned whether working with ‘real’ historians in universities brought any additional benefits: it was suggested that appointing community group leaders to honorary roles within university communities could be beneficial in giving them access to library and online resources that might be prohibitively expensive to subscribe to. It was pointed out that since 1970 Wales has had Llafur: Welsh People’s History Society, whose most recent event featured migration histories, and that the Women’s Archive of Wales holds an annual conference celebrating gender diversity. Perhaps the trick is to continue holding events that bring individual researchers and institutions together so that common interests can be identified and pursued strategically. The Royal Historical Society’s support has been crucial in facilitating the conversations that took place, and with three current Council members from Welsh universities, the relationship will continue to flourish. 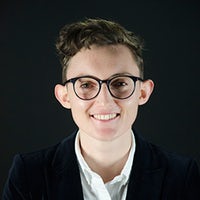 I was invited to think in particular about the event from an ‘early career perspective’. The program was certainly intellectually rich, bringing in an intersectional array of papers on topics across the history of Wales, and historians working in Wales. But perhaps the most significant diversity at work in this particular event was the range of fields of historical practice on show, consciously removed from a hierarchy of keynotes etc, in a manner generally absent from standard academic history conferences. The program staged a deliberate conversation between forms and practitioners of history from Welsh universities, education policy and the Third Sector.

Prominent for me was the highlighting of exciting work being done outside or alongside universities and museums, often through small local archives or in collaboration with and between community groups. This was particularly marked in the opening panel discussion between Margot Finn (President of the Royal Historical Society), Suzanne Bardgett (Head of Research and Academic Partnerships at Imperial War Museums) and Uzo Iwobi (CEO of Race Council Cymru), which covered topics including the inclusion and representation of soldiers from colonial forces in military narratives, and British BAME history in all levels of the educational curriculum, but which also foregrounded the ways in which different fields of historical practice, advocacy and activism can enrich and challenge each other. This interested me as a means of diversifying career paths, spaces, and ways of doing history that can challenge and inform institutional practices, but also pragmatically engage the work of individuals who may wish or be compelled to work in or with history outside academic posts after completing a PhD or Masters.

One of the breakout sessions asked us to think about gender diversity in particular, with a session dedicated to early career researchers and chaired by Rachel Herrmann that was very well attended. Issues raised in the far-reaching discussion included the importance of role models through all stages of history education and employment, recognition of intersectional diversity needs, provisions for and work culture acceptance of parental and other forms of leave, and anxieties around career progression and casualization.

Place and community are further issues that are often highlighted as concerns for itinerant early career staff. Several of the papers spoke to the contributions of migrant communities in Wales, while others traced Welsh men and women across the world: my own paper touched on Thomas Jefferson’s claim to Welsh ancestry in the course of examining his use of British and American precedents for facial disfigurement as a crime and punishment, and broader questions of facial normativity in eighteenth-century Virginia and beyond. Where, for instance, are Jefferson’s famous freckles in his official portrait?

At an institutional level, the issue of universities as ‘bad neighbours’ was invoked a couple of times, with more public engagement efforts to reach out to local community groups and projects flagged as one way in which this might be improved. It struck me that for many staff and students who have moved to a new city/region/country for a university role, often several times (such as myself), such practices might also serve to foster greater attachments to new locations and communities and social inclusivity, even if for short periods. Where feasible, even small shifts to local archives might unearth unexpected materials and more nuanced analyses of regional differences, but also give researchers greater connection to the new area, and contribute to local history.