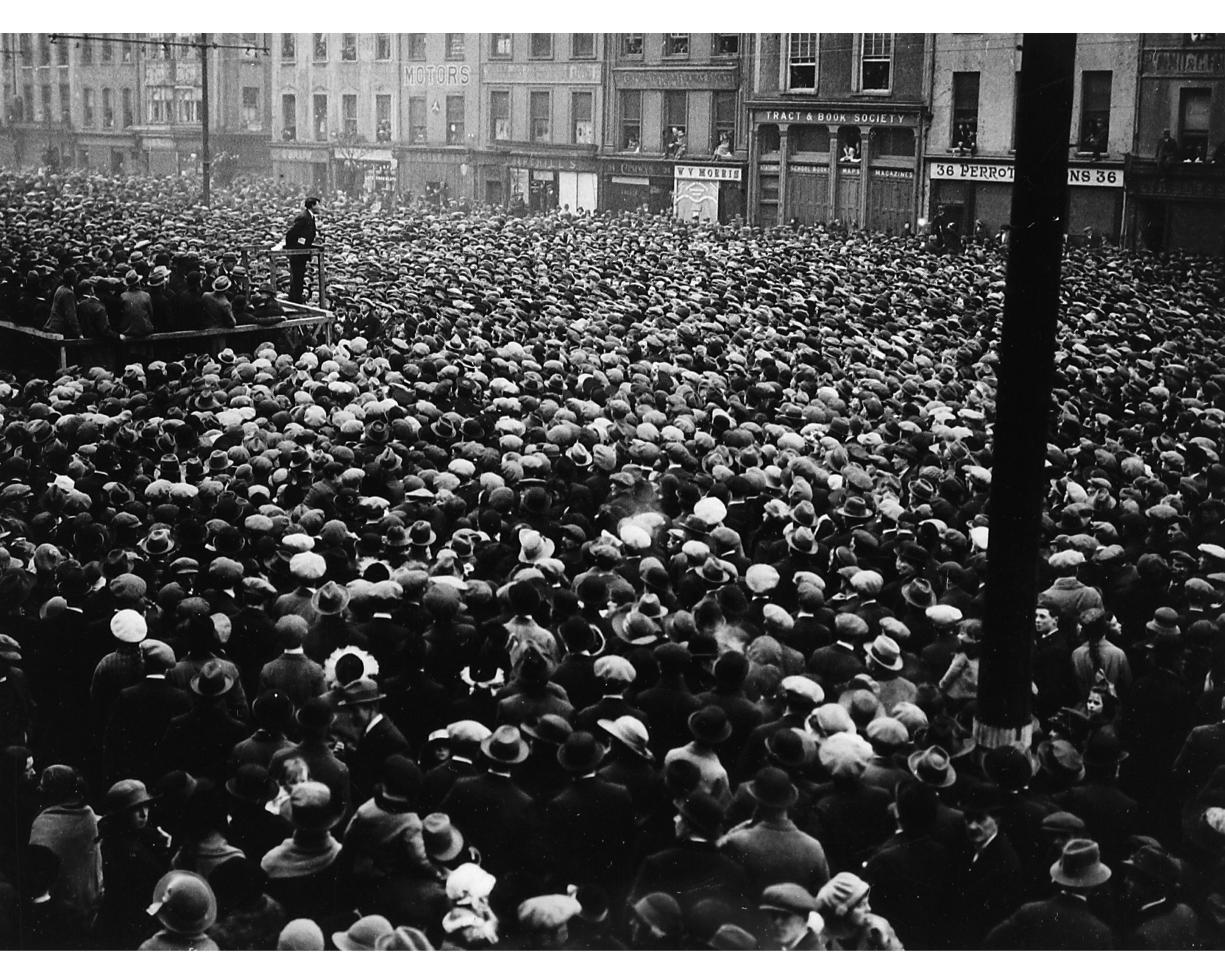 In September 2016, the Royal Historical Society sponsored a conference at Teesside University entitled ‘Political Thought in Revolutionary Ireland (c.1913-23)’. The conference was timely for two reasons. First, there is little written about political thought in Ireland, especially in the modern period; second, the event fell in the centenary year of the Easter Rising of 1916, the republican insurrection that did much to radicalise Irish political opinion.

There is a large body of historical work on the Irish revolutionary period. Recent innovative books by Roy Foster, Fearghal McGarry and Frances Flanagan have, in particular, re-energised the field. So, what is left to say about the subject? As the papers at Teesside revealed, the answer is quite a bit.

As I listened to a series of excellent talks on a range of diverse subjects, such as the role of the British Empire in Irish political thought, the varieties of feminisms and the evolution of Patrick Pearse’s politics, it struck me that there is still much to do in excavating the key ideas of the period. As Richard Bourke lamented in his keynote address, the historiography of the revolutionary period tends not to delve into the sort of analysis of political argument that an intellectual historian would expect – as Bourke put it, probing ‘the key propositions [of an argument], its underlying assumptions and its organising principles’ – and instead treats ideas as prejudice, an expression of irrationality.

Prejudice, rooted in national or sectarian impulses, certainly existed in revolutionary Ireland; but such prejudice is not the same as political ideas. In reducing the revolutionary period to a clash of competing national or religious identities, we risk creating artificially hegemonic blocs, thereby glossing over the reality of a fractured and diverse political culture.

While many in Ireland in the age of the First World War would have defined themselves as ‘nationalist’, there were considerable differences in how individuals conceptualised the ‘nation’. There was also no one agreed constitutional ideal for Ireland’s relationship with the Union and Empire. Even a seemingly definite term such as ‘Home Rule’ was nebulous and liable to alter within different contexts.

To enter into the political world our historical actors inhabited, careful analysis of the range of contemporaneous languages of politics is required. This allows us to understand the priorities of those in the past, and to discover shifts in thinking over time. We talk about nationalism in the age of Daniel O’Connell during the 1830s; was it the same thing in revolutionary Ireland? Clearly it was different. We need contextualised studies of the languages of politics in Ireland to understand the rich and varied assumptions of nationalists, and to chart how these alter over time. Irish nationalism meant something to historical actors beyond national identity; the ‘nation’ was bound up with a plethora of constitutional ideas, political theories and notions of democracy. What were these ideas, theories and notions, and how and why did they evolve?

The conference organisers gave me the daunting task of delivering a paper on Ulster unionist political thought. Although historians have outlined the parliamentary and popular mobilisation of unionism during the Ulster crisis years (1912–14) and beyond, the intellectual content of unionist argument largely remains untouched. The basic position of unionists was, of course, to maintain the Union between Ireland and Britain, but how did they frame arguments to this end?

Like their nationalist counterparts, unionists adopted a range of idioms in framing their position. We know, for example, through the works of Paul Bew, Alvin Jackson and Graham Walker, that unionist assertions against Home Rule drew on political, economic and imperial points of reference. But unionists also embraced a new legitimising argument: the language of democratic right. Nationalists championed the democratic credentials of Home Rule, pointing to the fact that the cause attracted the majority of Irish voters in every election since 1874. Unionists countered this by asserting their own democratic rights. Indeed, on reading print material from the period, the privileged place of democratic claims within the broad spectrum of political discourse in Ireland is unmistakable. The antagonisms of the revolutionary period in Ireland were multifaceted, but central to the charged political conflict were majoritarian idealisms that were ultimately irreconcilable.

Unionists mined the language of democracy in asserting their majority status, first, across the United Kingdom and, second, within the province of Ulster. This is an overlooked side of the Home Rule debate: each side, unionist and nationalist, represented majoritarian impulses, in which political legitimacy rested in outnumbering the opponent. While Victorian unionist intellectuals (such as W.E.H. Lecky) were fearful of politics in a democratic age, Edwardian unionism was energised by its embrace of the language and ritual of democracy. Ronald McNeill’s Ulster Stand for Union (1922), for example, framed the political impasse in Ireland as a clash of two majorities that held legitimate but very different political views about the constitutional future of the country. The logical outcome, according to McNeill, was partition.

In order to understand the unionist argument, I attempted in my paper and the subsequent article in Transactions of the Royal Historical Society, to explain its underlying assumptions dispassionately. These were polemical arguments, but are no less serious because of that. The unionist embrace of democracy was part of a concerted effort to reformulate unionism to suit the Edwardian political zeitgeist. Nationalist, socialist, feminist, and republican perspectives also demand similar attention; polemical material is ideologically rich and needs to be explained, not glibly condemned as expressions of solipsism.

Viewed as a democratic struggle, the revolutionary period in Ireland can be reconceptualised as a constitutional crisis concerning representative government. Nationalism and unionism played their parts in this, of course, but the conflict arose not because of abstract notions of ‘national identity’. Ironically, perhaps, in reconstructing the political languages that historical actors used, the historian of ideas offers the historiography of the Irish revolutionary period something concrete.

Image: Michael Collins addressing a mass meeting in Cork on 13 March 1922. From the National Library of Ireland’s Flickr stream.