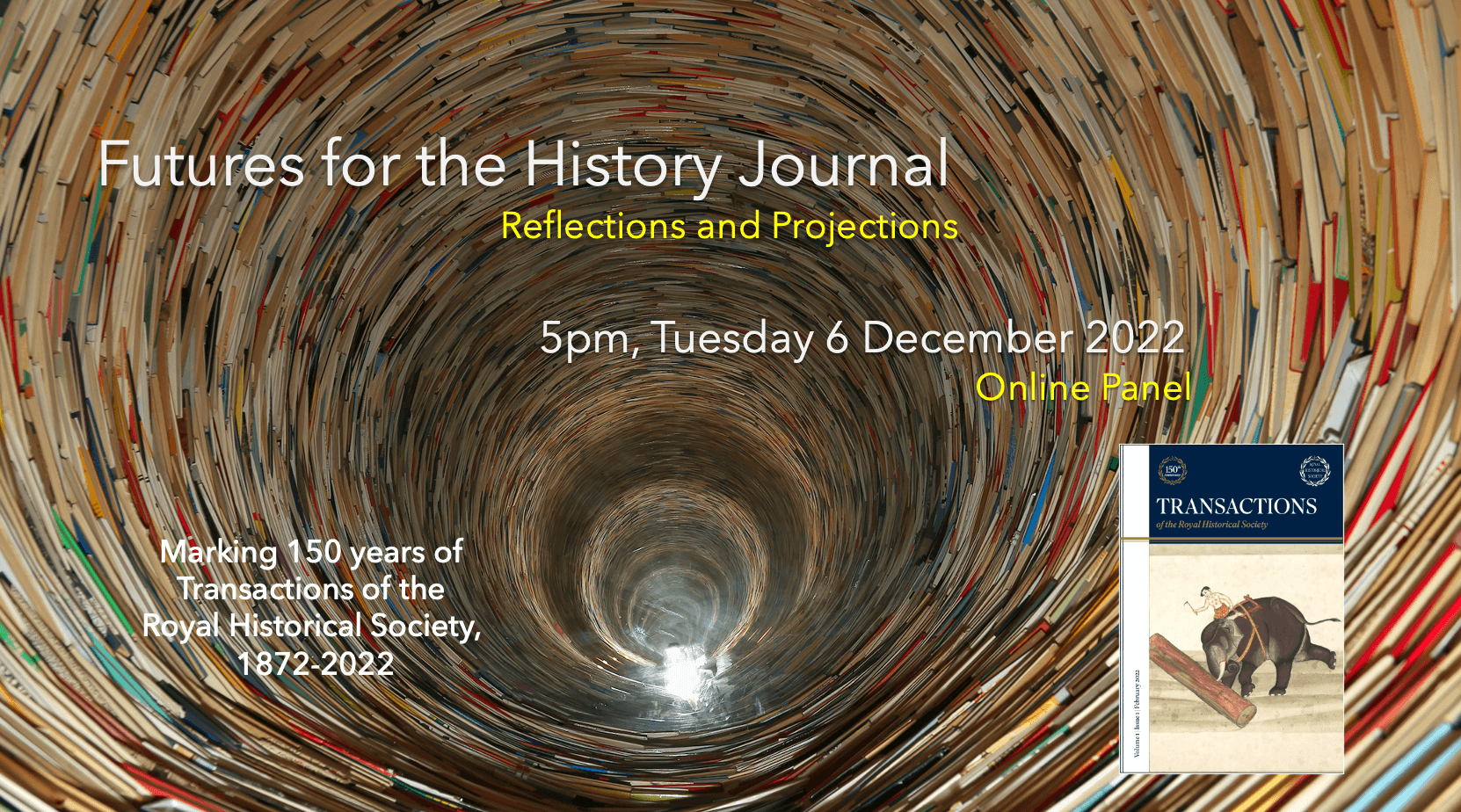 Futures for the History Journal

Journals have long been, and remain, central to the communication of historical research. As a publishing form, History journals have proved remarkably durable, with developments typically taking place within an established framework of article types and formats. At the same time, the very recent history of History (and other) journals points to quickening and more disruptive change — most notably in terms of online access and publishing models; but also with reference to innovations of form, tone and purpose.

In this panel (held in December 2022), UK and US historians associated with leading journals (as editors, publishers, innovators, authors and readers) consider the extent, impact and possible outcomes of these recent changes.

PANELLISTS AT THIS EVENT