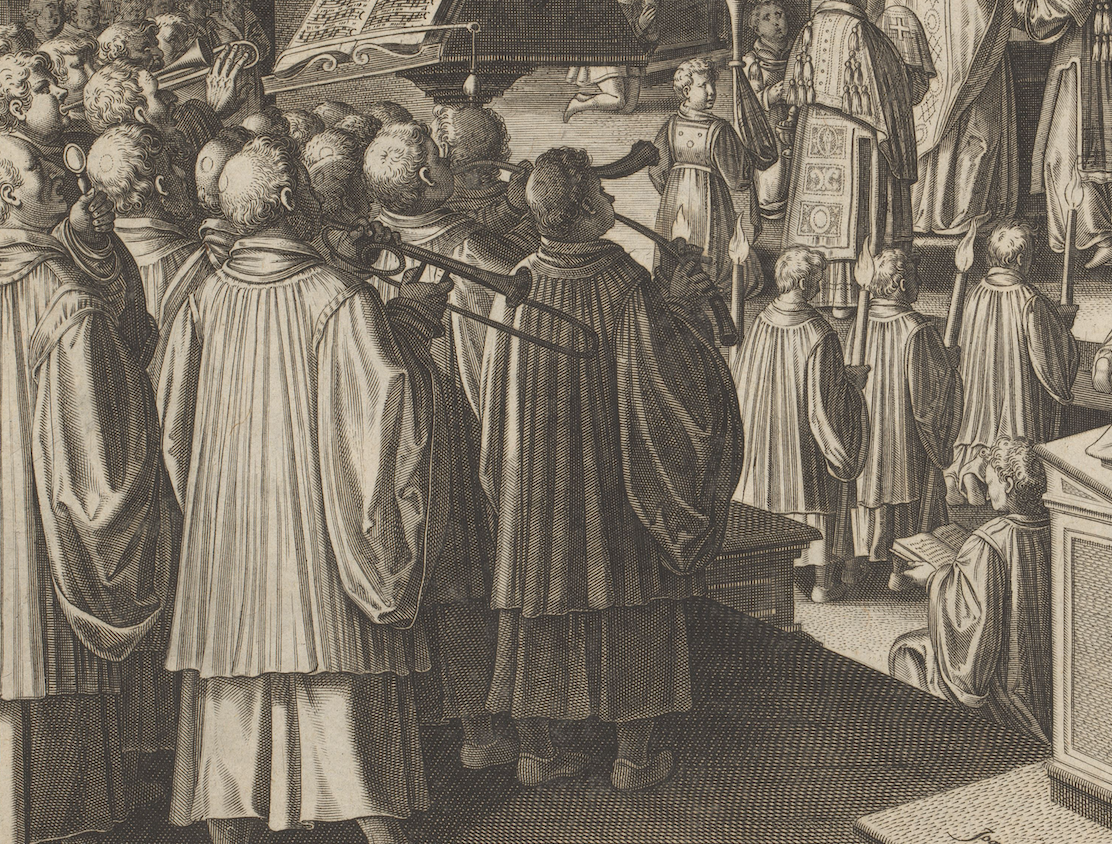 What value did people place on the arts in post-Reformation Britain? And what was the role of the clergy in sponsoring musical performance in particular? In this post, Dr Hannah Yip explores the justification and championing of early modern artistic endeavour and its parallels with modern-day resistance to cuts in arts funding.

Hannah was able to pursue her research with the support an RHS Early Career Fellowship Grant, awarded in 2020-21. The Fellowship Grants offer funding of up to £2000 to support a discrete project in history by a recent post-doctoral researcher. RHS Fellowship Grants are awarded twice a year by the Society and applications are welcome at any time. The next closing dates for applications are 1 April and 1 September 2022. Further information on other grants, covering conference organisation, research and travel is also available.

We are very necessary and commodious to all people: First for strangers, who can desire no better recreation, then to come and see a Play: then for Citizens, to feast their wits: […] then for the learned, it does increase and adde wit, constructively to wit: […] then for the ignorant, it doe’s augment their knowledge,

Pish, a thousand more Arguments I could adde, but that I should weary your patience too much: Well! in a word we are so needfull for the Common good, that in some respect it were almost a sinne to put us downe.

In The Stage-Players Complaint (London, 1641), two actors justify their value to society, delineating their ‘sad and solitary conditions for want of Imployment’ amidst ‘this heavie and Contagious time of the Plague in London’. The two players grapple financially and emotionally with their plight within the bigger picture of the ‘Epidemicall cause, that produceth universall griefe’ (p. 2); according to one of them, ‘my purse each day perisheth most Tragædically: and now I may be taken for a Scholler, since I’ve no money’ (p. 5). Their reflections resonate with arts professionals and arts and humanities scholars in a world ravaged by the COVID-19 pandemic.

In Britain specifically, their words chime uncomfortably with those for whom the arts continue to matter. This pamphlet had been published prior to the parliamentary ban of plays in 1642. With the governmental proposals to cut funding for university arts courses confirmed in July 2021, not to mention a spate of restructurings and closures of courses and entire departments during the course of last year, the future of the arts and humanities in Britain hangs in peril more than ever before. 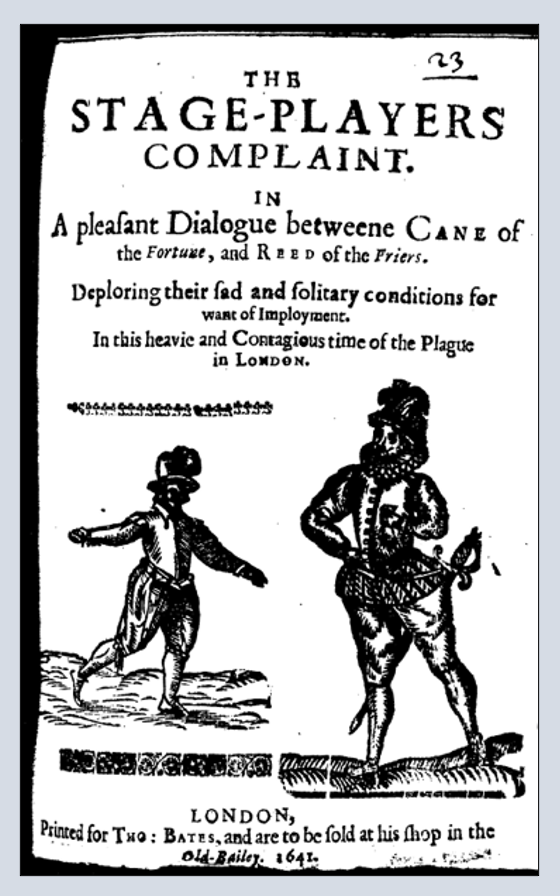 By investigating the value of the arts in post-Reformation Britain, an era which continues to be popularly portrayed as one in which ‘the Protestant Word erased the Catholic image’, my postdoctoral research responds to these recent crises in the arts and humanities, along with the resulting consequences of uncertainty and isolation experienced by arts professionals whose livelihoods and raisons d’être remain in jeopardy. Examining in particular the artistic recreational pursuits of Protestant clergymen, who were amongst the most educated groups in society and its largest professional body, I argue that these principal figures of the Church of England did not oppose the arts but dedicated their leisure time to cultivating their interests in them.

What is more, their practice and appreciation of the arts became part and parcel of their ministry and, in some cases, advanced their careers. To provide just one example of how creativity served one Protestant churchman, George Ferebe (b. 1572/3) was appointed as a chaplain to King James I after he directed a musical performance in the presence of Queen Anne of Denmark within his small parish of Bishops Cannings, Wiltshire.

My research is inspired by the recent work of historians and journalists alike on the subject of creativity and polymathy. Range: How Generalists Triumph in a Specialized World (New York, 2019), written by the journalist David Epstein, has shown us that the world’s most accomplished individuals became authorities within their fields not by specialising early, but by accumulating a range of experience and skills.

Peter Burke’s The Polymath (New Haven, 2020), raises crucial questions surrounding the multifaceted ways in which history has represented polymaths. The scholars within his study eschewed the confines of disciplinary boundaries, often arousing the suspicion of their peers who would dismiss them as jacks-of-all-trades, masters of none. Clergymen can also be classed as polymaths; it has long been recognised that a lineage of clerics throughout English history – from John Donne to Gerard Manley Hopkins – composed some of the most enduring poetry in the English language. How, then, did polymathic Protestant preachers in early modern Britain use their extracurricular skills in the arts and music at the service of their careers and the Church itself?

It is of little surprise that a considerable number of sermons justifying the practice and appreciation of music date from the 1630s during the ascendancy of Archbishop William Laud, who sought to re-establish organ music into parish churches as part of his reform of the Church of England liturgy. While the large number of scholars working on early modern sermons today will be familiar with the figure of the London preacher, Henry ‘Silver-Tongued’ Smith (c. 1560–1591), the lesser-known ‘Silver-Tongued’ preacher, Humphrey Sydenham (1591–c. 1650), demonstrated his allegiances with Laudian reforms by preaching a sermon justifying a newly established organ in a Somerset church. 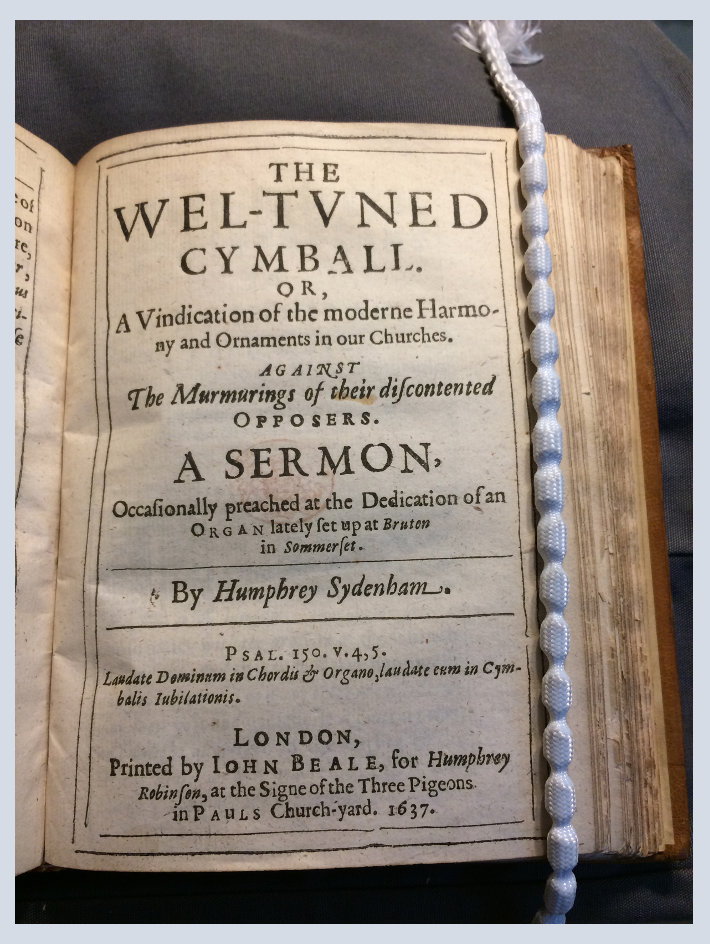 Sydenham opens with a reference to his chosen biblical text, Psalm 59:16, arguing that it is a complete psalm in itself, ‘having in it all the properties of a spirituall Song; where wee may finde the Parts, the Ground, the Descant’ (p. 1).

The components of the verse are explained in terms of pitches and rhythms, while his own rhetorical digressions are referred to as ‘outward modulation[s]’ (p. 25). Justifying the practice of singing God’s praises by citing its origins in antiquity, Sydenham denigrates those ‘spirits of contradiction’ (p. 23) who ‘cry downe the authoritie of the Psalmist’ (p. 24), concluding that, ‘[t]hough we honour Saints, we doe them no worship […] wee sing of their Sufferings, not of their Power; and in so singing, we sing unto God’ (p. 32).

Arguably, Sydenham’s justification of music within his sermon was intended, first and foremost, to serve his religion. However, his deep appreciation for music and the pleasure he derived from it is clear in the language he uses throughout to convey his arguments, indicating that his extracurricular studies operated at the boundaries between work and leisure.

While we cannot reverse the decisions of the UK Government to curtail creativity within the higher education sector, supposedly carried out to prioritise funding for STEM subjects, this research aims to make a significant intervention into continuing studies of a rich legacy of scholars throughout history, who truly embraced the arts as a contribution to their thinking and way of life. 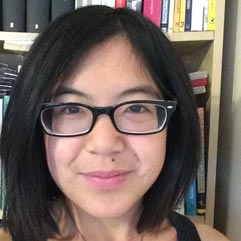 Dr Hannah Yip completed her AHRC-funded PhD thesis, ‘Speaking now to our eyes: Visual elements of the printed sermon in early modern England’, at the University of Birmingham in December 2020.

In addition to an Early Career Fellowship from the Royal Historical Society, she held a Visiting Early Career Research Fellowship at the John Rylands Library, Manchester in 2021, and is grateful to have received further support from the Sir John Plumb Charitable Trust and the Society for the History of Authorship, Reading and Publishing.

About the Society’s grants programme for early career historians 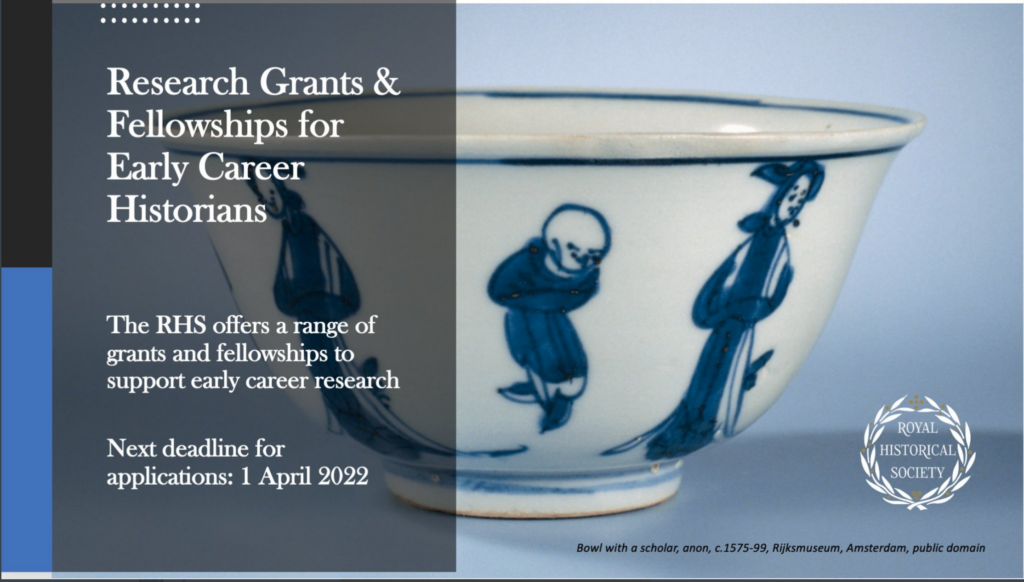 Each year the RHS makes c.200 awards to early career historians to support their research. Grants include support for conference organisation and conference travel, research expenses and — via our ECR Fellowships Grants of up to £2000 each — discrete projects undertaken by recent post-doc researchers.

The Society also offers the annual Martin Lynn Scholarship, for study of the history of West Africa, and its Centenary and Marshall Fellowships to support current History PhD students in completing their doctorates.

Grant applications are invited at any time, with the next closing date 1 April 2022. Calls for the 2022-23 Centenary and Marshall Fellowships, held jointly with the Institute of Historical Research, University of London, will be announced later in March 2022.