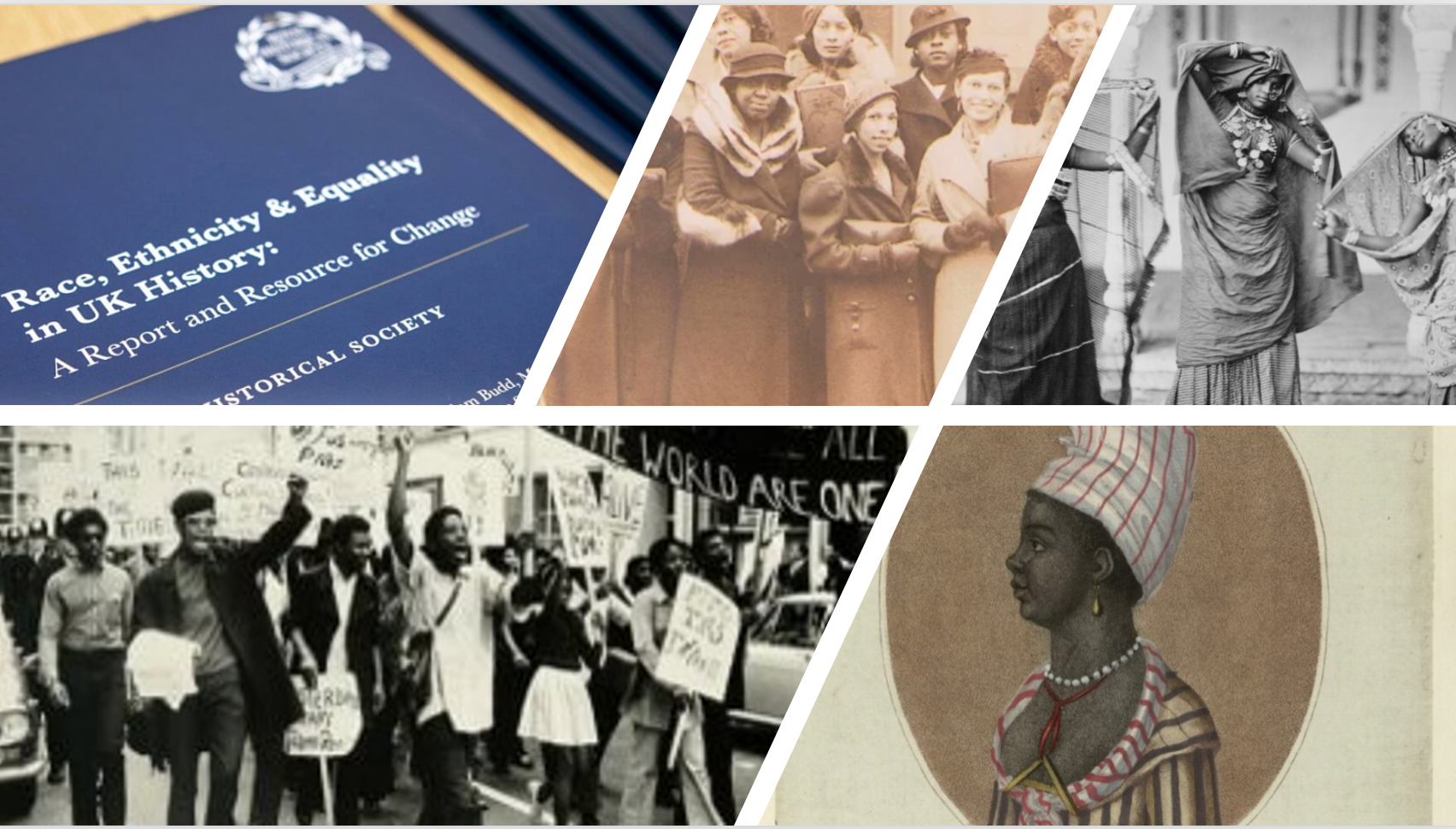 In August of this year, the Royal Historical Society organised its first ‘positive action’ workshop for early-career historians of colour. The initiative was led by the Society’s Race, Ethnicity and Equality Working Group which was responsible for the RHS’s Race Report (2018) and its two subsequent ‘Roadmap’ publications (2019-20).

In this post, Dr Diya Gupta and Dr Jonathan Saha, explain the motivation for the workshop and reflect on the outcomes of what’s hoped will be the first in a programme of focused training events.

This event broke new ground in terms of the type of intervention the Working Group has made so far in race equality work within the discipline of History. Since the publication of the Society’s Race Report in 2018, advocacy has focused on promoting the Report’s recommendations at talks, events and workshops across the UK, as well as via podcast recordings. In 2019 and 2020, the working group also published its Roadmap for Change I and Roadmap for Change II: two follow-up assessments on race, ethnicity and equality initiatives undertaken by the historical community in the UK, along with heritage organisations and learned societies, including the RHS.

More recently, the attention has turned to positive action to support historians of colour. For example, the Working Group is currently developing a postgraduate ‘pipeline’ resource to equip undergraduate and Master’s students with the practical skills they need to navigate next steps in academia. In line with this focus, the August ECR workshop offered the Working Group’s first hands-on training and skills-based intervention. This comprised a series of one-to-one mentoring sessions on CV writing, provided by six REEWG academics with early-career applicants of colour; our day-long event was followed by a panel discussion on cover letters and postdoctoral applications; and concluded with a wide-ranging Q&A session.

For this first event, we limited numbers to 30 to provide those attending with sufficient time and space for discussion. Not surprisingly, the workshop was fully booked within 48 hours of its announcement.

Being an early-career researcher myself, I know very well how so many academic processes and requirements remain shrouded in mystery.

As co-organiser and participant in this workshop, I was in the rather unique position of understanding the rationale behind its structure as well as experiencing its benefits on the day. Being an early-career researcher myself, I know very well how so many academic processes and requirements remain shrouded in mystery. How can those of us fresh out of a PhD acquire the skills to navigate institutions and their cultures while embarking on postdoctoral academic life? And how can we do this while facing an uncertain and erratic job market? As Past & Present Postdoctoral Fellow at the RHS, I realise how valuable being mentored can be at this early-career stage — both in formal terms by my assigned academic mentors and more informally by members of the Society’s Race, Ethnicity and Equality Working Group. I was keen, therefore, to see what other early-career historians thought of the one-off mentoring process offered by the workshop, and how they felt about the panel discussion that followed.

The response we received from our 30 attendees in August was overwhelmingly positive. It became clear that there’s currently a considerable lack of mentoring and support tailored to early career researchers of colour, and that the workshop was distinctive in providing this opportunity. One of our attendees wrote later to say how much she appreciated receiving detailed feedback on her CV, and that the one-to-one session enabled her to discuss specific concerns frankly with a fellow woman of colour. Others enjoyed the diversity of the panel itself — our speakers included two white historians and two of colour from the Working Group. Participants also welcomed the fact that established academics shared tips on navigating the precarious early-career phase. This included a discussion on how applications are read, and the different requirements research funders ask of applicants.

For some of those attending, it was the time we allocated for questions to the panel that proved most significant. One participant liked this much better than “being talked at”, as this meant that attendees could receive advice on particular circumstances, as well as hear about — and learn from —  real-life examples via others’ questions. “Thanks for making an event that is a barrier breaker,” wrote another. Attendees also wanted to get to know one another, and have space allocated within the day to discuss the early-career experiences among themselves. This is certainly a dimension we will bear in mind for future iterations of the workshop.

There’s a very real need to create a supportive environment that empowers early-career historians of colour to make competitive applications for postdoctoral opportunities and academic jobs.

Black, Asian and other minority ethnic historians of colour are underrepresented in History departments across the UK today. Qualitative data from the 2018 Race Report also highlighted feelings of isolation amongst historians of colour. There’s a very real need to create a supportive environment that empowers early career historians of colour to make competitive applications for postdoctoral opportunities and academic jobs. Only then can History’s academic ‘pipeline’ truly change. The REEWG’s first ‘positive action’ workshop offered one important step forward in this direction. 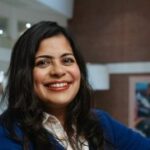 The Royal Historical Society has in recent years sought to support early career academic historians in navigating what is an increasingly difficult, and complex, job market. This includes the ever-useful 2017 Code of Good Practice for Employing Temporary Teaching Staff in History. In the same tradition, this summer the Society launched a suite of professional development training opportunities that build on this work. The inaugural event, on ‘Getting Published’ held in July, will be followed by another on ‘Creating Public History’ in December. This is important work for the Society to be engaged in. But, as the Society’s reports into Gender, Race, and LGBTQ+ experiences in UK Higher Education History Departments have shown, early career historians do not enter the discipline on a level playing field. In recognition that our discipline is shaped by differential allocations of resources, sources of support and opportunities for advancement, the Society therefore piloted a tailored event to support historians of colour applying for academic jobs.

As the Society’s 2018 Race report made clear, BME respondents feel the lack of mentors.

With this backing, along with my co-chair, Sadiah Qureshi, and other members of the Race, Ethnicity & Equality Work Group — Kennetta Hammond-Perry, Margot Finn, Meleisa Ono-George, and Rob Waters — we organised a workshop for early career historians of colour. The event was split into two parts. In the first, we ran one-to-one CV workshops in which we gave advice and suggestions on improving and getting the most out of them for academic posts in the UK. As the Society’s 2018 Race report made clear, BME respondents feel the lack of mentors.

The one-to-one sessions we put on at the August event could not, of course, replicate that longer-term relationship and the benefits that stem from it. But through these one-to-one sessions we were able to pass on our collective experiences in a directed way. In the subsequent panel discussion, our starting focus on cover letters and postdoctoral research proposals gave way to a much more expansive conversation. After some very brief interventions from members of the panel, there was a lively discussion in which attendees contributed directly or submitted candid questions anonymously. This gave me a real sense of a cohort of talented historians on the threshold of what could be stunning careers, all of whom are confronting a daunting situation in the higher education sector.

Bespoke workshops like ours, drawing on and responding to participants’ experience, are fundamentally about removing barriers that do not exist for people from more privileged groups.

Events like our mentoring workshop, tailored to particular unrepresented groups, are vital in correcting the pervasive premise that there’s a deficit within communities historically marginalised from academia that needs to be overcome. This is a premise I have encountered frequently. But this is not the case. Bespoke workshops like ours, drawing on and responding to participants’ experience, are fundamentally about removing barriers that do not exist for people from more privileged groups. These might be barriers that result from having to present a non-traditional career path; or stem from unfamiliarity with the postdoctoral environment on account of being a first generation university student; or that are based in experiences of hostility and everyday racism, all-too-common in institutions of learning (for which see the recent reports by the Equalities and Human Rights Commission and Universities UK).

The Society’s first mentoring workshop was a small step, but hopefully it performs important work in encouraging more institutions to identify and remove barriers to historians of colour trying to make their own way into an academic career. I look forward to it becoming a recurring fixture in the suite of events offered by the Society. 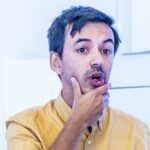