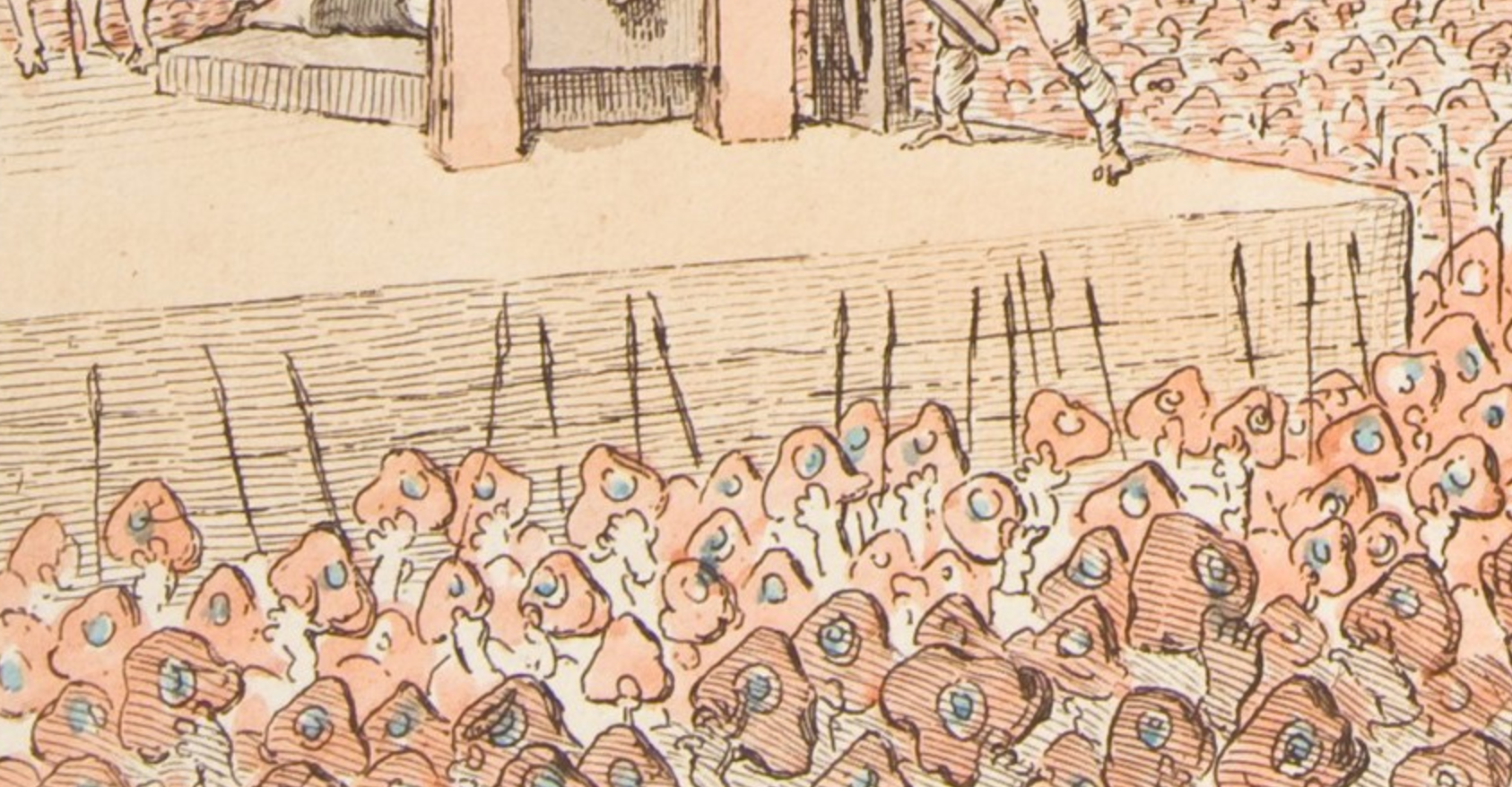 Eating and Aetiology in the Overthrow of Robespierre

How should historians think about a single day in a momentous event such as the French Revolution? Professor Colin Jones suggests we reconsider historical approaches to human agency in the context of moments of crisis and revolution. Considering one single, pivotal day in the French Reign of Terror (9 Thermidor, 27 July 1794), he argues that historians pay closer attention to the micro and the quotidian – food, hunger, time of day –  in macro-scale events.

This, in turn, challenges traditional ideas of causation when we seek to understand a revolutionary journée such as 9 Thermidor. Experiences, new perspectives and methodologies each considered in detail in Colin’s new book, The Fall of Robespierre: 24 Hours in Revolutionary Paris, which is published today.

The Cardinal de Retz – arch-theorist and expert practitioner of Parisian riot during the Fronde (1648-52) – once sardonically remarked that when organising popular insurrectionary activity, one had to bear in mind Parisian stomachs: for it was impossible to alter Parisian’s attachment to fixed dinner times. This was good advice, as Committee of Public Safety member Bertrand Barère ruefully acknowledged, nearly 150 years later. When reflecting on 9 Thermidor Year II (27 July 1794), Barère regretted how the dinner-time issue almost cost him and his fellow conspirators victory in their struggle against Robespierre.

The long session of the Convention in the morning and afternoon which saw Robespierre confronted and placed under arrest lasted till around 4.00 p.m. The deputies, thinking their work was done, rushed out to dine so hurriedly that most did not realise an evening session was called. It was only when several score of them resumed a post-prandial session at around 7.00 p.m. that they heard that Robespierre had escaped from prison while they were eating. No one had been around to stop the municipal government at the Commune from mobilising armed forces from across the city to attack the Convention and restore Robespierre. As I argue in my new book, The Fall of Robespierre: 24 Hours in Revolutionary Paris, dinner-time observance brought Robespierre’s opponents within a whisker of defeat. 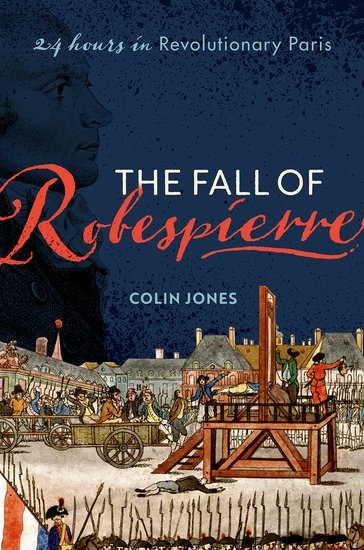 The dinner-time issue cropped up in a further significant way in the course of the day. The Commune had put out its call for National Guard battalions to come to the Place de l’Hôtel de Ville as soon as they heard of Robespierre’s arrest in the early afternoon. At 7 p.m. there were over 3000 armed men on the Place plus most of the artillery to be found in the whole of the city. This force was still pretty much intact at 9.00 p.m. but by 10.00 their numbers were reducing, and by midnight they were sparse and dwindling. In my account, I stress the serious timing dilemma that faced the Commune’s leadership during this period: could they hope to organise a successful military action against the Convention in the dead of Parisian night? Or should they wait till next morning? But if they did so, would they sacrifice any element of surprise and indeed lose the initiative?

As afternoon passed to evening and evening became night, the mobilised Guardsmen became progressively disenchanted with the Commune’s actions, increasingly receptive to messages coming out of the Convention – and more and more hungry.

While the Commune dithered, the Convention acted, getting out a powerful message across the city and organising the counter-mobilisation of National Guardsmen from around 9.00 p.m. (well after dinner-time, then) and inciting the Commune’s supporters to change sides. What the Commune only realised too late was that they had kept their forces on the Place for too long, without taking the Convention’s actions into account, and without considering the men’s basic human needs. As afternoon passed to evening and evening became night, the mobilised Guardsmen became progressively disenchanted with the Commune’s actions, increasingly receptive to messages coming out of the Convention – and more and more hungry.

At around midnight, the Commune offered to give remaining Guardsmen food and drink from local taverns. But it was too late, for the men were leaving in ever-increasing numbers. As one sectional battalion began marching away, a Commune official tried in vain to stop them. ‘This detachment is made up entirely of working men’, their commander replied. They had been stationed on the Place de l’Hôtel de Ville since mid-afternoon. ‘They need to eat’. Then with a patriotic flourish, ‘They do not recognise the Commune… and they are not soldiers for hire’. The call of the Convention and the demands of the stomach combined in fateful fashion to dash hopes for Robespierre’s victory.

Most biographers of Robespierre and historians of the terror have seen the outcome of the day as inevitable. Yet the idea of inevitability can sometimes be a rather a lazy reaction: it legitimises not considering other outcomes, and neglects consideration of the manner of Robespierre’s defeat. In fact, at the start of the day, few betting men or women would have put good money on the Convention defeating Robespierre.

To a much greater extent than historians have allowed, I suggest that the causes of the fall of Robespierre on 9 Thermidor were precisely located in what actually happened (and when, and how,) on the day itself.

In The Fall of Robespierre, I try to get ‘up close’ to the 24 hours of the day, and to follow the ins and outs of the actions of Parisians at every level by the clock – hour by hour, in fact – and also on the map across the city.  To a much greater extent than historians have allowed, I suggest that the causes of the fall of Robespierre on 9 Thermidor were precisely located in what actually happened (and when, and how,) on the day itself.

The approach opens up an important question for the discipline more generally: are historians’ traditional ideas of causation fit for purpose when considering intense moments of crisis like a revolutionary journée? Is the same aetiological framework for understanding, say, the causes of the Industrial Revolution, identical to those deployed to understand why Robespierre fell? The aetiology of 9 Thermidor is about more than eating patterns, of course. But the ‘close-up’ study of the day poses a serious question: when approaching such short yet pivotal moments in the past, don’t we need to rethink and recalibrate for a different kind of historiographical challenge? 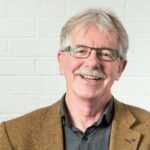 Colin Jones FBA is Professor of History at Queen Mary, University of London and a former President of the Royal Historical Society. He is currently Principal Investigator on the AHRC-funded project: ‘The Duchesse d’Elbeuf’s Letters to a Friend, 1788-94’.

Colin’s latest book – The Fall of Robespierre: 24 hours in Revolutionary France – is out now with Oxford University Press.