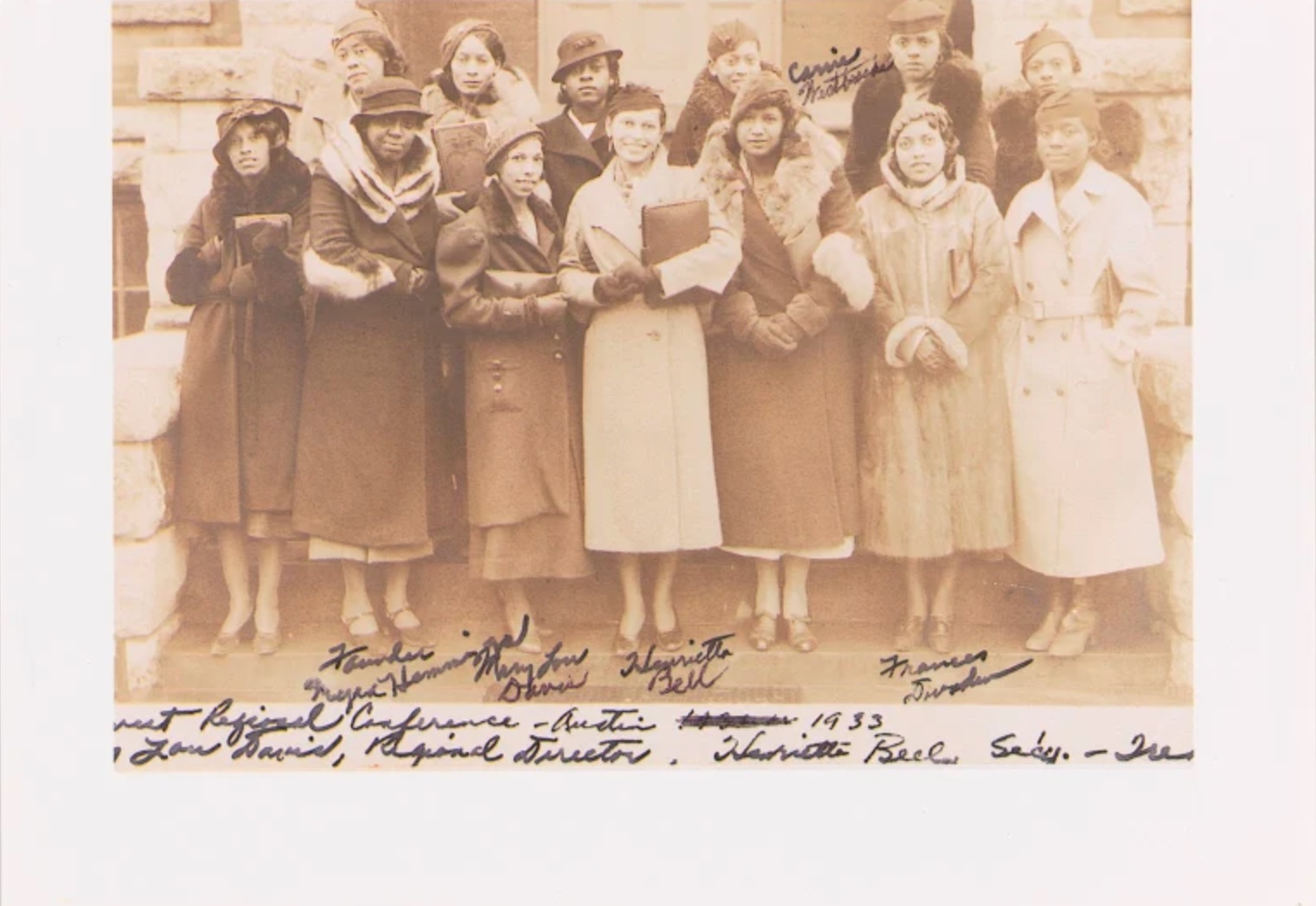 ‘Greek Life’ is a distinctive part of the social and cultural experience of universities in the United States, and has faced recent scrutiny for acts of racism, sexism and homophobia. Yet, as Taulby Edmondson points out, the existence of longstanding Black sororities and fraternities complicate calls for an end to this culture. Studying how minorities use and transform predominantly white institutions raises questions about how we go about deconstructing the white supremacy within them.

During coverage of January’s US Presidential inauguration, many learned about Kamala Harris’s time at Howard University (HCBU), a renowned historically Black college and university in Washington DC. At Howard, Harris – the United States’ first woman and African American Vice-President – was also a member of the country’s oldest Black intercollegiate sorority, Alpha Kappa Alpha (AKA). In an interview on CBS This Morning, three of Harris’s sorority sisters described AKA as a ‘secret weapon’ that cultivates leadership, learning, and social justice. One interviewee, Carla Mannings, said that AKA (along with the other historically Black ‘Divine Nine’ sororities and fraternities) help make ‘sure that everyone has a chance to be a part of the economic mainstream of this country.’

What is ‘Greek Life’?

Outside of the US, fraternities and sororities (collectively known as ‘Greek Life’) are somewhat mysterious entities, often associated with drink-laden parties, hazing or initiation controversies, and raunchy comedy movies like Animal House and Neighbours (Bad Neighbours outside the US). But within the US, these societies are institutions at the centre of university social life. Commonly organised into individual campus chapters, centrally directed by well-monied and professionalised national organisations, they provide members with potential benefits that extend beyond graduation. Most importantly, they offer career networking opportunities with their organisation’s alumni, and possible access into elite social circles.

In fact, Greek life regularly produces very powerful people. According to the New York Times, only about 2% of the US population is affiliated with Greek life but 80% of top executives at Fortune 500 companies and large majorities of US Congress, Presidents, and Supreme Court justices are ‘Greeks.’ And, despite Harris’s political ascendency, the benefits of Greek life disproportionately favour members of historically white, male Greek-lettered fraternities, and reflect the inequities of US society as a whole.

The perspective of anti-‘Greek Life’ activists

Given this influence, anti-Greek life activists have long-criticised historically white fraternities and sororities for being inherently discriminatory, hierarchical, and for entrenching in students certain modes of exclusionary thinking. During the US’s ongoing reckoning over racial injustice sparked by George Floyd’s murder this has galvanised into the concerted national #AbolishGreekLife movement. Similarly, over the past year, thousands of members have disaffiliated from the Greek-life system due to what they say is its history of racism, sexism and homophobia.

And activists aren’t wrong: historically white organisations were formally segregated and, today, continue to struggle with instances of racism and sexual assault. Even after fraternal integration began following the Supreme Court’s 1954 Brown v. Board of Education ruling – in which mandated racial discrimination in public institutions was declared unconstitutional – many local chapters continued to privilege white memberships behind the scenes, while others, given their explicitly racist pasts, attracted overwhelmingly white memberships.

Photograph of Southwest Regional Conference of Delta Sigma Theta Sorority, courtesy of the Smithsonian. Also used as the header image for this article.

Currently, there aren’t equivalent calls for the dissolution of historically Black organisations like AKA, although important questions remain about Black Greek life’s efficacy as well. But distinctions between the roles played by historically white and historically minority Greek organisations on campus are necessary. Like historically white organisations, for example, early Black fraternities and sororities were also explicitly exclusionary. They often had Black-only racial clauses written into their bylaws, for example. But the motivations for doing so were different from their white counterparts that sought to preserve elite and ‘whites-only’ statuses as campuses diversified.

On one hand, exclusively Black frats and sororities allowed members to pool resources and carve out systems of mutual aid and a Black cultural niche within higher education’s white-dominated spaces. Black Greek alumni groups, similarly, helped finance members who could not afford an education by themselves, provided a community for those who felt isolated on a majority-white campus, and helped define a sense of purpose and direction for their organisation, its individual chapters and members. According to proponents of Black Greek life, these organisations forged strong brotherhoods and sisterhoods through racial uplift, philanthropy, and civic and community engagement that have lasted for more than a century.

But, most immediately, Black Greek societies provided safety from racial discrimination and violence. Scholars of campus racism have noted, for instance, that Black students were regularly subjected to being called racial epithets and were sometimes overseen by professors and university higher-ups affiliated with the eugenics movement and the Ku Klux Klan. Majority-white universities provided little recourse for minority students who felt threatened by the vicious racism of white institutions that weighed constantly on all Black scholars on campus.

How did sororities contribute to racist environments on US campuses?

Furthermore, historically white Greek organisations also disproportionately contributed to those racist environments. In 1909, a member of the Kappa Alpha Order (KA) – one of the oldest Greek-lettered societies that idolises the supposed ‘gentlemanly’ values of Confederate general Robert E. Lee – wrote a dispatch in the fraternity’s journal about his time visiting Cornell. This was the university where the first intercollegiate Black fraternity (Alpha Phi Alpha) had been founded three years earlier. Alluding to his fraternity’s white supremacist values, the KA member expressed surprise that Cornell’s white students had not demanded segregated gymnasiums, since it was in these spaces that ‘the contact [between the races] was most offensive.’ Historically, KA members performed minstrelsy at fraternity events, openly idolised the Reconstruction-era Ku Klux Klan, and flew the Confederate battle flag at half-mast in defiance of court-ordered racial integration.

The KA, however, was not alone. In the early 1960s, future Senate Majority Leader Trent Lott – then serving as president of the intra-fraternity council at the University of Mississippi – led a temporarily successful campaign to prevent his fraternity, Sigma Nu, from admitting Black members. In 1983, at the same university, members of Phi Beta Sigma, one of the Divine Nine, were forced to take cover when approximately 1000 white students descended on its frat house, chanting ‘Save the [Confederate] Flag’ during the university’s annual “Dixie Week.” 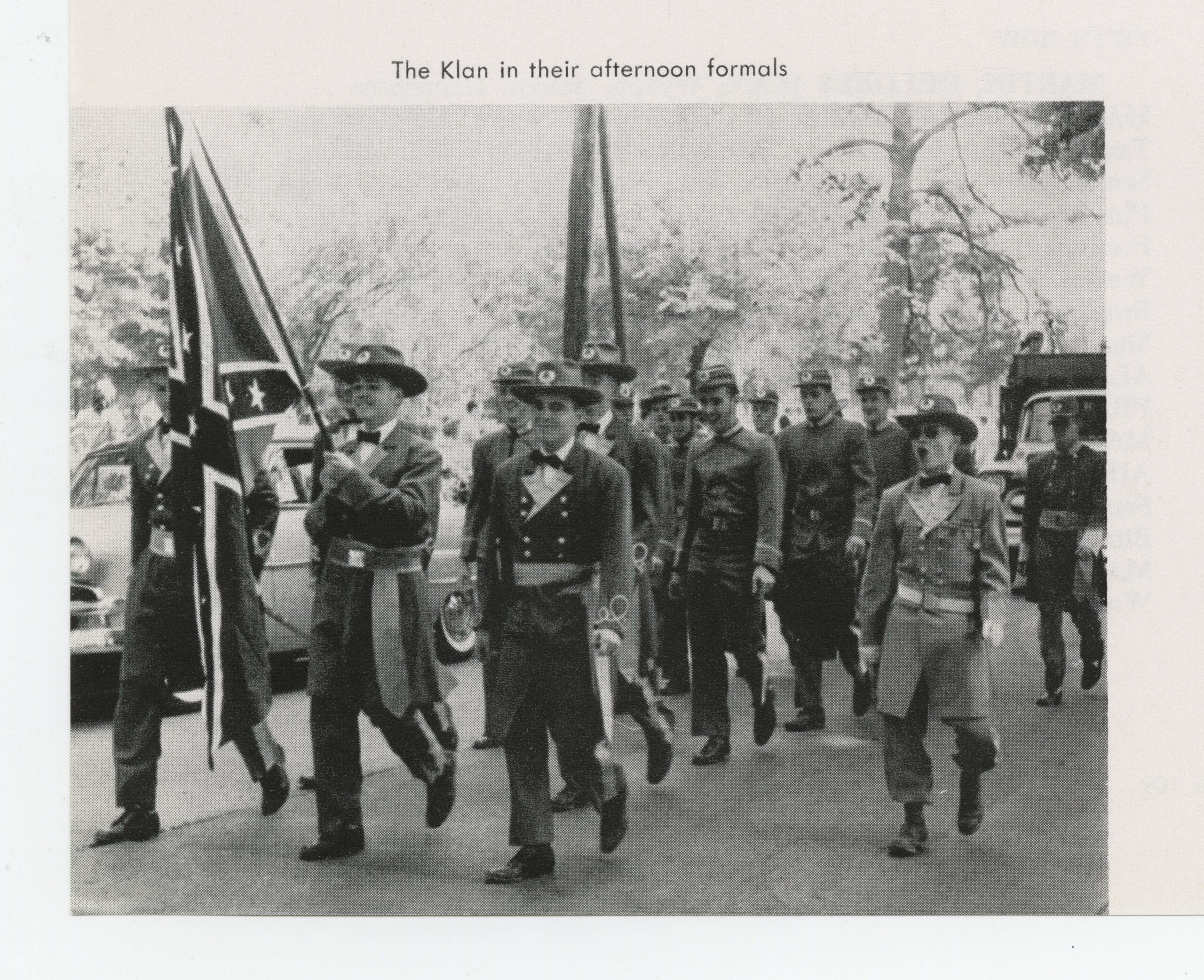 The revelations of college yearbooks

Similarly, outside of southern states, a recent analysis of 900 college yearbooks from the 1970s and 1980s found that universities across the US regularly published images of students, often Greek-affiliated, engaging in blatant racism on campus. These especially included images of members wearing blackface and Klan regalia. In 2015, the University of Oklahoma chapter of Sigma Alpha Epsilon (SAE) received extensive social media attention when a recording surfaced showing members repeatedly using the N-word during a racist chant, promising that the organisation would never accept Black members and invoking the imagery of lynching. An investigation determined that the chant was first learned by the chapter on a leadership cruise organised by SAE’s national organisation and was known by at least five different chapters.

The complex issues of systemic racism on US campuses

In my own experience, individual national administrations admit that occasional incidents of racism were once part of their organisation’s past, while identifying these as distinctly historical problems. Statements on change are typically accompanied with reference to generic diversity and inclusion policies that are wrongly equated with racial justice, or by acknowledging their hiring of a diversity and inclusion officer. However, to these organisations – concerned that blows to public image might hamper incoming memberships dues – open and honest conversations about the reality of systemic racism is a topic about which they are defensive. The Kappa Alpha Order’s national administration, for example, allowed the local chapter at my university to harass me for weeks and threaten me with the weight of prominent alumni (i.e. donors to the university), until I demonstrated the truth of comments I’d made about the fraternity’s problematic celebration of the Confederacy and its historical opposition to racial equality. I did, and less than two years later, three University of Mississippi KAs nearly set off a civil rights investigation when they appeared in photographs, armed with guns, posing in front of a bullet-riddled memorial dedicated to Emmett Till, a fourteen-year-old African American who became a civil rights icon after he was lynched in 1955.

Photograph of Kappa Alpha Psi members, courtesy of the Smithsonian.

By attending Howard University, Kamala Harris avoided the on-campus presence of historically white Greek life. While her membership in AKA provided the US Vice-President with this opportunity, 90 percent of Black college students don’t attend a historically Black institution. Instead, those students are likely to belong to an institution with organisations that have long fostered racist environments, and which continue to downplay their structurally racist legacies while reproducing disproportionately white demographics. Combined with university systems that also (re)produce structurally racist outcomes, and fail to live up to its promises of equity and inclusion by not standing up to wealthy donors, and holding these organisations accountable, it is clear that issues of systemic racism are not, in fact, behind US Greek life.

However, to consider #AbolishGreekLife in its entirety, one must also consider the aid, community and civic-minded direction that Black sororities and fraternities provide members within racist institutions. And until majority-white universities begin valuing the safety of students of colour over pressure from historically-white national organisations and their alumni to mitigate reform, Black Greek life remains a necessity. 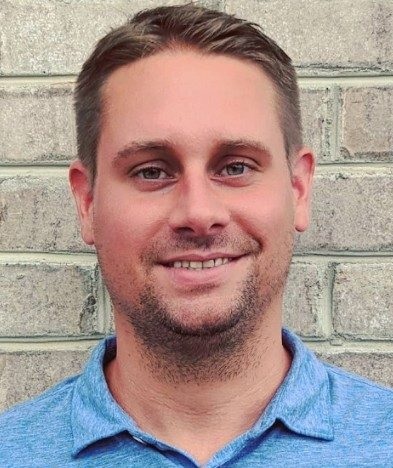 Dr Taulby Edmondson is an adjunct professor of history and religion and culture at Virginia Tech. His article “Protesting ‘a Bigger and Better Birth of a Nation’: Lost Causism and Black Resistance to David O. Selznick’s Gone with the Wind, 1936–1940,” was recently published in Journal of African American History, and “The Campus Confederate Legacy We’re Not Talking About: Kappa Alpha, Washington and Lee University, and the Ku Klux Klan,” for Chronicle of Higher Education.