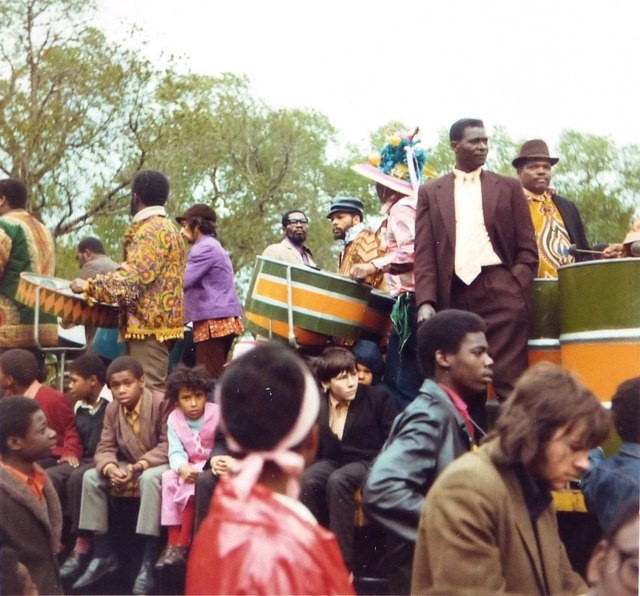 Ethics, White Scholars and the History of Race in Modern Britain

How can researchers work sensitively with recent oral histories, particularly when the interviews they are using are not their own? In this post for our new Writing Race blog series, Jessica White reflects on some of the ethical questions she has encountered as a white postgraduate working on the history of race in modern Britain.

Take a look at the growing number of scholars in the history of race in modern Britain and you will find that many, including myself, are white. This is in large part due to the ethno-centric nature of the academy, but also due to the challenges that Black and Minority Ethnic Britons face in engaging with the field of modern British history. As the Royal Historical Society Race Report showed in 2018, history research and teaching still tends to centre white experiences and perspectives, while significant barriers face under-represented groups, particularly scholars of colour. This often means it is white people who are researching the history of ‘race’ in Britain, and are examining the lives of Black, Asian, and Minority Ethnic (BAME) individuals.

British universities are making efforts to employ historians of race or create history modules that look at the experience of ethnic minorities in modern British history. And so, as more white students and researchers begin to engage in the subject, we also need to be aware of the practical and ethical challenges involved in researching race and the lives of people of colour in Britain.

When I began researching the history of race and gender in late-twentieth-century British inner cities, I found many of the conventional sources available were those created, or collected, by white people: census data, newspaper articles and photos, or local authority reports. I wanted to gauge the lived experience of women in places like Moss Side and Tottenham, how it felt to move through Britain’s cities once urban regeneration and colonial and post-colonial migration had changed them both physically and demographically.

I began looking to personal testimony to ascertain how both white women and women of colour constructed their sense of self in these spaces, but also how they interacted with one another. Unfortunately, due to the pandemic, I have been prevented from carrying out my own oral history interviews, and so my research became heavily reliant on oral history interviews that took place between 1980 and 2008, many of which took place between people of colour, with no white people present. For my own research, I have been drawing extensively from the Roots Oral History Collection based at the Ahmed Iqbal Ullah Race Relations Centre and the Do You Remember Olive Morris? Oral History Collection based at the Lambeth Archives.

This second-hand use of interviews immediately raised ethical questions. Would a Jamaican mother living in Manchester reveal as much about her life to a 20-something Londoner as she would to a Black woman who also lived in the North West? Moreover, how much am I allowed to divulge to the academic community about matters around conflict and tensions within Black families and the Black community? For two years now I have been wrestling with whether I should mention the story told by one woman of a conflict that took place in a Black activist group between its male leader and its female members. To do so would offer greater insight into the gendered politics of Black activism in the 1970s and 1980s. However, there is also the risk that this would undermine the solidarity of the group and paint the male leader in a negative light.

There are ethical and professional implications for researchers of the personal stories that they research and publish, not least because  of data protection laws. There is of course no easy solution, and nor do I think there should be. Instead, we should treat personal narratives with sensitivity and hyper-awareness of the long-term consequences that our intrusions might have. I have found speaking to other researchers familiar with the material has helped me with some of my decisions.

While personal secrets and stories are told in confidence to interviewers, most participants are made aware that their stories will be available to researchers and the public, and interviews are often edited by the interviewee following the interview. And so, the next question I often ask myself is this: while I have the ‘academic licence’ to read and research these interviews, how do I make sure that personal testimony is treated in such a way that my analysis is authentic to the individual’s personal experience?

As white scholars in Western institutions, there is the tendency to apply Western theoretical concepts onto the oral history interviews of people who migrated from the global South. When I started my doctoral research, my feminist values were largely informed by Western feminism developed in the 1970s and 1980s. I was eager to apply theories around ‘compulsory heterosexuality’ onto Black wives and mothers whose experience of patriarchal society was refracted through the long-term consequences of slavery and colonialism. However, as African American feminists like Patricia Hill Collins and bell hooks have argued, the home and the family are often sites of resistance and liberation for Black women of African descent, rather than spaces of oppression. Engaging with non-Western texts and scholarship by people of colour can help to untether our attachment to oft-cited ethnocentric theory. I still think Mary Chamberlain’s research on family life in the Caribbean diaspora has been excellent in achieving this. 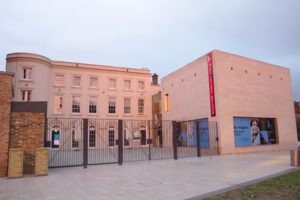 The Black Cultural Archives contains hundreds of oral history interviews with the BAME community that any scholar can access. Photograph taken by Mark Longair. Reproduced via Wikimedia Commons.

So far, I have elided the term ‘race’ with ‘Black’ or ‘BAME’. But my own research, which uncovers and details the history of race and racialisation in post-war Britain, is not only concerned with understanding common ideas about the characteristics of Caribbean migrants and their children, but how a certain understanding of what constituted ‘whiteness’ fuelled these ideas. While much about the history of people of colour in Britain still needs to be recovered, the next step for white historians of race is no longer taking ‘whiteness’ for granted: the construction of the category ‘white’ is equally important to understanding the history of race in Britain.

As I look at the intersection of race and gender, I have been engaging with the concept of ‘white femininity’ in my research. I have been building on the scholarship of Vron Ware and Kate Deliovsky, looking at how certain cultural ideals around heterosexuality, domesticity and fertility fuelled tabloid representations of white women in the 1970s and 1980s, and how women of African descent were often vilified in the tabloid press if they did not meet these racialised and gendered cultural standards. White scholars of race must learn to be critical about what role ‘whiteness’ has played in dictating the historical trajectory of their subject, as well as their own path into academia.

“some of the most influential stories that we know about modern Britain look very different when viewed from the perspective of race.”

A challenge for all historians of Britain now lies with those who are not just specialists in the field of race. Historians should begin scrutinising what role ‘race’, and racialisation, has played in navigating the direction of British history, and how these processes can shape some of the ‘metanarratives’ in the field. James Vernon’s recent research into Heathrow Airport has demonstrated how the strikes taken by South Asian female workers in the 1970s can make us rethink the rise of neoliberal Britain, setting the bench mark for future historians. Centring these experiences can show that some of the most influential stories that we know about modern Britain look very different when viewed from the perspective of race. 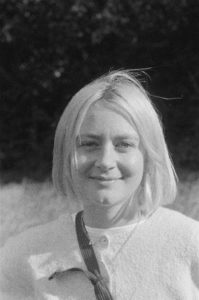 Jessica White is a third-year PhD candidate at the University of Manchester, completing her thesis on the history of female identity in Britain’s inner cities in the late twentieth century. She can be followed on Twitter @jes_sca.