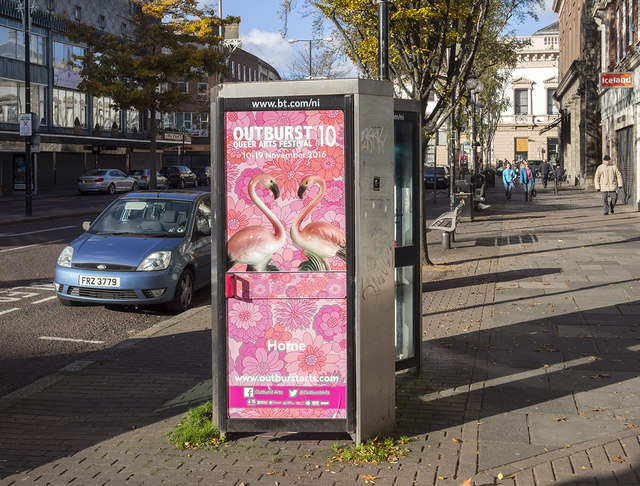 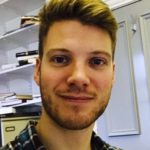 Dr Tom Hulme is Senior Lecturer in the School of History, Anthropology, Philosophy and Politics at Queen’s University Belfast. He is a specialist in urban culture (1880-1940), in Britain, the US and (most recently) Ireland; and the popular place of the past in modern Britain; his first book was After the Shock City: Urban Culture and the Making of Modern Citizenship (2019). He is currently principal investigator on an AHRC-funded project titled Voyaging through History: The Mayflower and Britain, 1620-2020, and in the early stages of exploring cultures and experiences of (homo)sexuality in Belfast and its surrounding region, from the late-19th to mid-20th century.

I do not remember there being much (or even any) queer history on the curriculum when I was an undergraduate at the University of Leicester (2005-2008). Thankfully, a healthy LGBT Society did exist, which I plucked up the courage to join when I started to ‘come out’ in my final year. During my MA, also at Leicester, I became more ‘politicised’ and interested in queer history: my favourite piece of work was a study of ‘gay heritage and urban space’ in Manchester since the 1980s.

For my PhD in urban history I kept the focus on that city, but dropped the queer element: it was, instead, a study of the idea of citizenship and belonging in the early 20th century. In 2016, after a few years of post-doctoral posts in London, I moved to Northern Ireland – somewhere I had never been before – to start teaching at Queen’s University Belfast. Searching for a second project after finishing the thesis-to-book, I started to research the history of homosexuality in my new home, a subject that remains heavily understudied.

Despite popular stereotypes, huge strides in LGBT equality have been made in Northern Ireland in recent years: legal protections have increased after some long battles, and the annual Pride parade in Belfast grows ever larger. Life at the University for staff reflects these changes. When I joined QUB, the webpage for the LGBT Network announced its status was something like ‘currently dormant’. After being restarted in 2018, however, it now has over fifty members. We stage events throughout the year – from ‘celebrations’ for everyone, such as during International Day Against Homophobia, Biphobia and Transphobia, to staff-only socials – and try hard to improve the workplace for LGBT colleagues.

It unfortunately remains true, however, that our young LGBT students, the large majority of whom are from Northern Ireland, start university after an unnecessarily difficult period in their lives. A 2016 report, funded by the Education Authority and carried out by several LGBT and youth charities, paints a ‘bleak picture’ of Northern Irish secondary schools. That 68% of young LGBT people surveyed were bullied because of their gender identity and/or sexual orientation is bad enough, but that 72% also experienced negative attitudes from teachers is shocking.

When I was a pupil in the English midlands in the early 2000s, the much-detested Section 28 was still in force, which meant teachers were banned from ‘intentionally promoting homosexuality’. Though abolished in 2003 and never applicable to Northern Ireland, schools here are still reluctant to tackle LGBT education. The political culture often hinders progress in that sense. Just last year, the plan to set up a support group for LGBT education staff was delayed after ‘concerns’ were raised, most prominently by the Democratic Unionist Party MP Jim Wells. A politician with a long history of homophobia, Wells claimed that LGBT issues were being ‘forced down’ the ‘throats’ of children; lamentably, his views held some sway as he was then sitting on the board of the Education Authority.

Listening to the undergraduate students in my classes now, our experiences are thus not dissimilar. Like me, these students have come through their early educational years with LGBT issues being either ignored or condemned. Given these circumstances, university educators have a duty to both safeguard our LGBT students and to fill in the gaps in knowledge of the student base more broadly.

In my third-year module, Sin Cities: Everyday Life in the Modern Metropolis, sexuality and society are weaved together throughout. From magazines in Weimar Berlin to sociology in Jazz Age Chicago, we think about how contemporaries viewed (and regulated) divergent sexualities and gender identities. Despite the slightly sensationalist module title, we also look at how ‘the judged’ made a place for themselves in the city too, such as in the public cruising cultures of New York or lesbian bookshops in Paris. 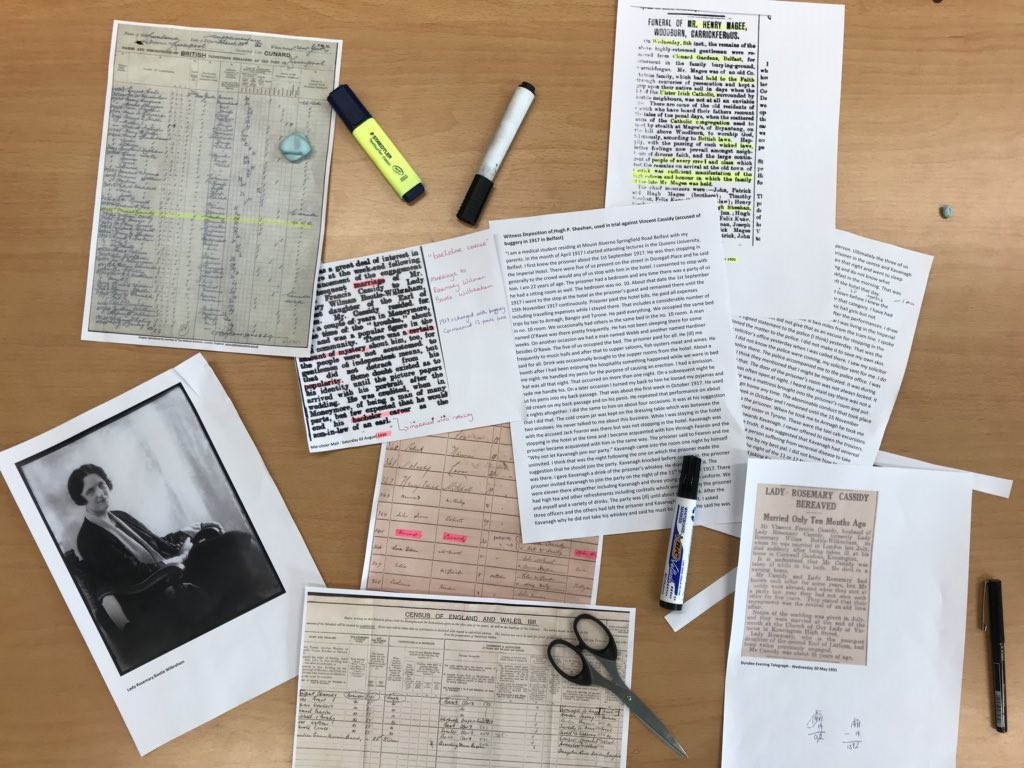 Piecing together a life, Belfast 1917

The highlight of the module for most students, if attendance and the numbers doing the linked assignment is anything to go by, is the ‘Queering the City’ tutorial. We begin by thinking about what the value of queer history might be: not just improving our knowledge of the past, but perhaps advocating for progressive change today. I give out a range of primary sources – witness statements, birth and marriage certificates, and newspaper reports – that relate to a court case of men prosecuted for having sex with other men in Belfast in 1917. Students then work together to recreate what it was like to be ‘queer’ over a hundred years ago: how men met, courted and carried out their relationships, and the ramifications of being ‘caught’ both legally and in their lives after. We try, as best we can, to visualise and understand these experiences and identities from the past, and to consider how they might relate to our own today.

Teaching the history of sexuality, especially when it involves descriptions of sex, can be awkward for students (and perhaps for teachers, too). But it can also be immensely rewarding. LGBT students – sometimes in class, sometimes privately – tell me how the exercise of rebuilding past queer realities really ‘resonates’ with them. Just as importantly, the rest of the class is brought along in this experience too. For some, it can mean challenging pre-held conceptions that were engrained in their schooldays: a difficult but vital part, I would argue, of all humanities education.

Not every module, of course, needs to – or even can – engage with the history of sexuality. There is, however, plenty of opportunity to think more about what role the history of sexuality should play in our teaching. To do so, I’d suggest, will not just improve our students’ understanding of the past, but the lives of LGBT people in the present.