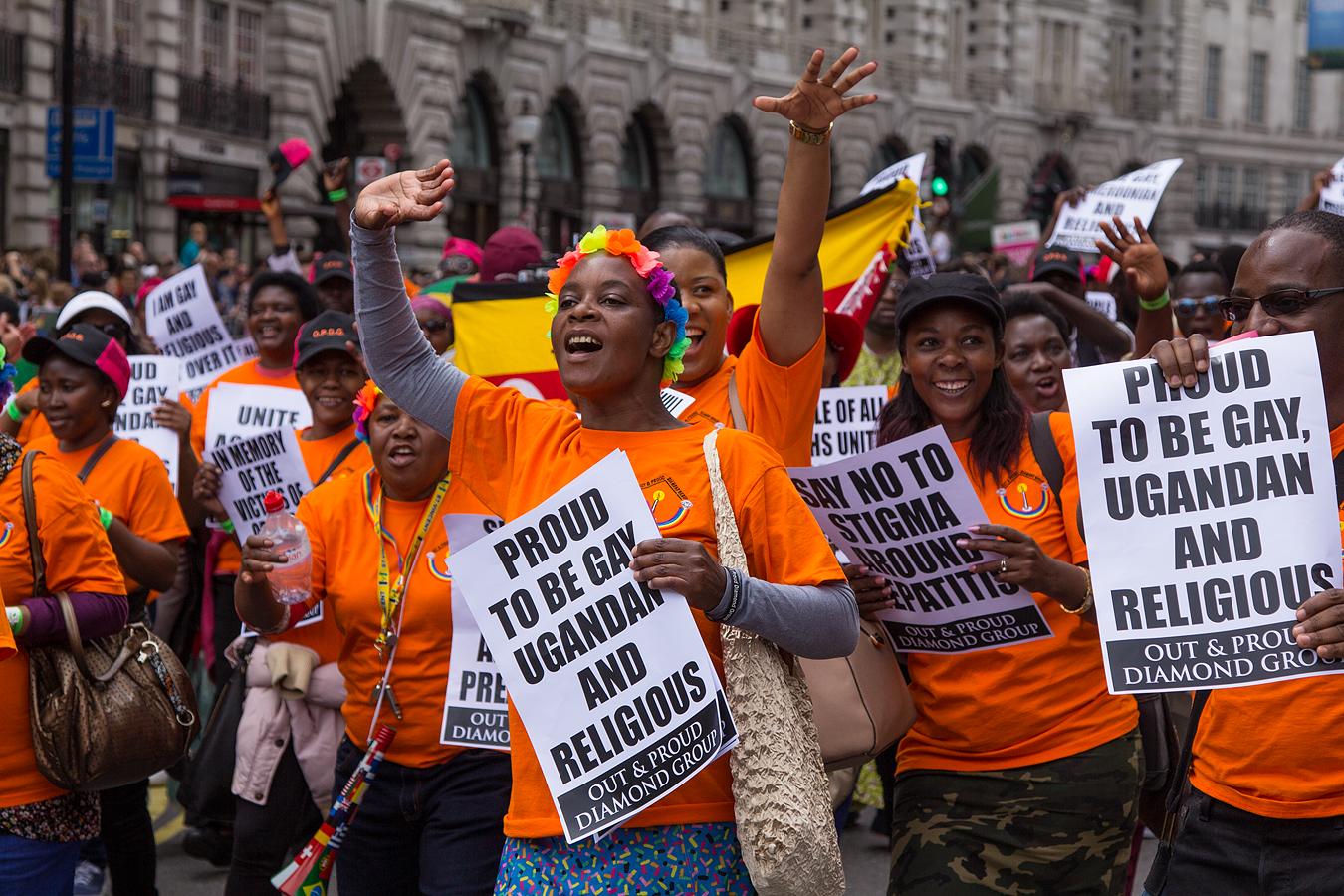 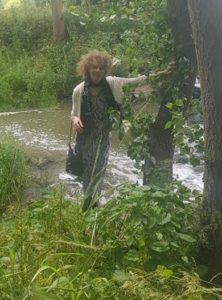 is Professor of History and Policy at the University of Westminster, and specialises in modern British political, religious, diplomatic and constitutional history. She also teaches public policy for the Hansard Society. In 1999 Pippa co-founded the journal National Identities, which she continues to edit. She is Chair of the University of Westminster Press editorial board and of the George Lansbury Memorial Trust. She is transgender and her current research includes work on the historic and contemporary queering of public space.

For much of history, at least in the West, for the generality of trans people there have been limited choices. The occlusion of transgendered existence all too often left only the options of secrecy, surreptitious passing, sex work or suicide. This situation was only starting to change in the 1960s (when I was born) as a result of high profile cases like Michael Dillon or April Ashley. I knew I was transgender when I was eight. I came out to my father when I was fifteen. A product of the post-war era, he warned me of the hard lives LGBTQ+ people of his generation had. I chose secrecy and attempted to pass as cis, male, and heterosexual, when I was none of those.

This unheroic stance does not mean that I managed to avoid the other options. I’m one of the 48% of trans people who have attempted suicide. Making sure trans students now do not become part of this statistic is something I am very conscious of.

When I did eventually pluck up the courage to acknowledge who I was, aided by an incredibly supportive partner, low visibility was not an option. Transitioning at work is an incredibly public act. So I decided to make a virtue of a necessity, coming out to my classes and making sure I mentioned transgender on my staff profile and social media. I’d been hiding long enough.

Happily, my university was very supportive, not least in navigating the myriad bureaucratic complications that transition entails. It no doubt helped that a non-binary colleague had already drawn up a really useful transitioning at work policy which provided a roadmap both for me and for Human Resources.

Visibility, of course, gets you noticed. If as a result I help to provide encouragement and support to LGBTQ+ people then I embrace it. It’s good to be a friendly trans person prospective trans students can talk to on open days, or to lobby the Vice-Chancellor with the student LGBTQ+ society about registry issues for trans students. It’s also nice to be asked to talk to students in other disciplines on the process of transition. There are attendant risks of becoming a sort of spokesperson. In talking with psychology students I have to emphasise the distinctiveness of everyone’s journey and the inadequacy with which I can reflect on the experiences of trans men, non-binary or genderqueer people, let alone BME trans people. On the other hand if, like the Chinese student who came out to me as non-binary after a pre-sessional lecture, I can help people to come to terms with and express who they are that is surely a good thing. 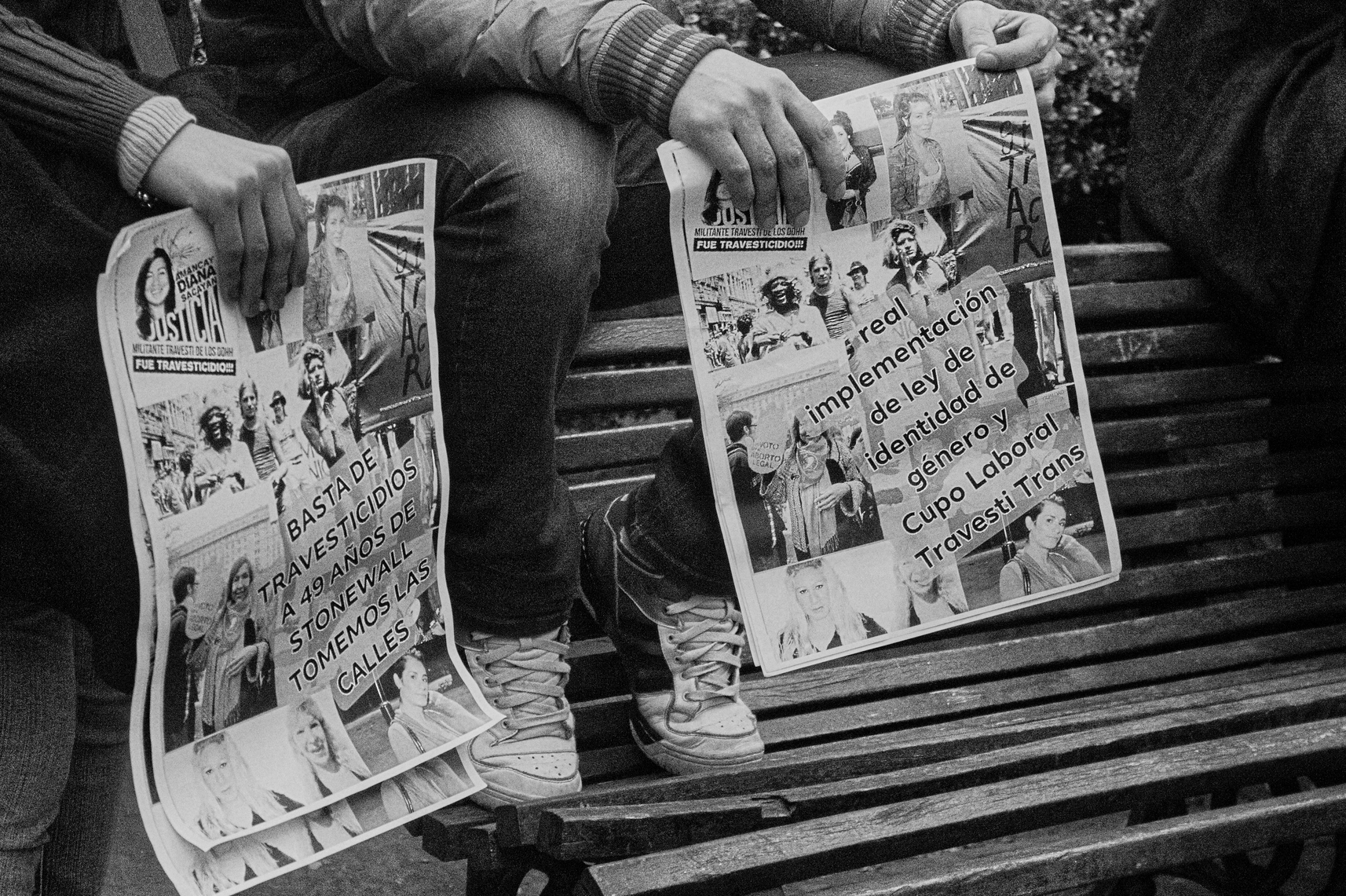 That lecture was on transgender history. This is not something I have generally worked on previously. It has, however, definitely enriched my historical practice.

History involves exploring what happened, where, when, how and why, and LGBTQ+ histories very much get you out of siloed approaches to such questions.

Consider, for instance, how much of the homophobic legislation and attitudes to be found in some parts of the world are a legacy of colonialism. These societies generally had more fluid gender identities and much more tolerance of same-sex relations before the arrival of the colonisers. Repealing homophobic and transphobic colonial era legislation, as has happened recently in India, is thus part of the ongoing decolonisation of the mind.

Some in these countries have, however, claimed that moves towards greater toleration of sexual diversity is a form of recolonisation. This is partly informed by a Western framing of LGBTQ+ histories within a somewhat teleological narrative around certain key events (mostly located in North America). This is a narrative that often focuses on shifts in social attitudes and policy. Unintentionally it risks turning LGBTQ+ lives into distinctly contemporary and Western ones, which is clearly not the case historically. Unfortunately, this framing helps to explain the great variations in responses to a disease which has killed millions more people than COVID-19, the pandemic of the AIDS crisis. In the West, the AIDS crisis paradoxically contributed to greater acceptance of gay lives, whilst revealing disturbing hierarchies in treatment which continue to disadvantage BME sufferers. Similar hierarchies, and misguided narratives around transmission, also inhibited treatment in Africa. These were exacerbated there by a whole range of factors, including the determination of many leading policymakers to frame homosexuality as both unnatural and unAfrican. Such frameworks helped to produce far more deaths than might otherwise have been the case, as well as the continuing oppression of LGBTQ+ people in many African states.

Part of that context was an unwillingness to accept that AIDS, though largely transmitted through heterosexual contact in Africa, was also affected by same-sex relations. As Christine Stegling (Director of the International Treatment Preparedness Coalition) put it: ‘The reality is that there are men who have sex with men in Africa, just as there are everywhere, but because of the stigma, they marry and otherwise remain hidden.’ The reality is that this has been the historical and contemporary experience in many societies, not least in the West, and not just among those who openly identify as bisexual. There are not necessarily hermetic seals between different sexual identities and behaviours, either now or in the past, though there have often been covert ones.

LGBTQ+ histories accordingly cannot be seen as a distinctive sub-theme, somehow sealed off from mainstream history. This may be defensible in explorations of, for instance, queer sub-cultures. Yet even these interact, for instance, with histories of theatre, the night-time economy, print culture, of emotions and so on.

LGBTQ+ experiences are very much part of human history in general. Exploring them should help us to think both synchronically and diachronically about human experience without reflecting overly the normative assumptions of our own subjective time and place.

Challenging these normative assumptions includes, for me, being invited recently to talk to an architectural practice about ‘Queering Public Space’: that space which is so often shaped by capitalist property transactions and heterosexual male assumptions, behaviours and design aesthetics. Nonetheless, most of my public speaking and broadcasting continues to be in other areas. I was very nervous when I went on television for the first time after transitioning! However, I think it is important that the public see trans people talking about non-trans issues. We need to usualise their experience of us – and indeed see ourselves as usual.

Nevertheless, all LGBTQ+ people continue to carry a kind of invisible label that expresses our conscious sense of difference in a society still widely acculturated to homogenising pressures. Difference and diversity continues to be seen as scary because it subverts structures and assumptions. Revealing these structures for the constructs that they are is part of the process of challenging hegemonic societal frameworks for all society, not just LGBTQ+ people. In the process hopefully society can be moved steadily towards accepting diversity and difference. This would certainly be better than conforming and hiding, as I did for far too long.