From Margins to Centre?: An Undergraduate Conference on Marginalised Histories

On 28 February the University of York hosted a one-day conference to explore marginalised histories and the intersectionality between them, with a particular focus on LGBT+ history, women’s history, BME history, and history of disability. The event was aimed specifically at undergraduate students to involve them in the discipline. Organisers Olivia Wyatt and Clare Burgess reflect on the event.

The University of York’s workshop on the RHS Race, Ethnicity and Equality Report (held in June 2019) confirmed our thoughts about how institutionalised anti-Blackness permeates history academia. We also noticed that we were some of the only undergraduate students in attendance.  We therefore wanted to create a space, particularly for undergraduate students, where participants could discuss the underrepresented histories which mattered to them. Our lectures and seminars introduced us to a range of histories, but we believed more should be done to reverse the presentation of Black histories as marginal. 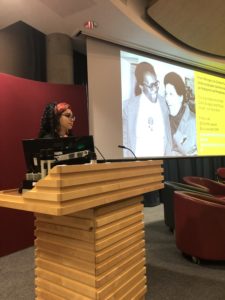 We focused the conference on the theoretical framework of intersectionality, which was initially developed by theorists such as Kimberlé Williams Crenshaw and Audre Lorde. bell hooks’ explanation of Black women’s exclusion from both mainstream society and feminist theory inspired us, and we named the conference after her phenomenal text Feminist Theory: From Margin to Center.

We invited undergraduate students to submit abstracts on the (preferably intersectional) histories of BME, LGBT+, women and disability. We received 35 applications for 16 panellist places and these ranged from the University of Highlands and the Islands down to the University of Portsmouth. A variety of sponsors granted us funding, including the Royal Historical Society; and the University of York’s history department covered numerous costs.

We had a wide range of papers and posters from “Gangsta rap and black activism in the US” to “A Scottish history of bioengineering: the personalisation of prosthetic limbs”. The papers were connected through the following panel titles: erasure of contributions, oppression, resistance and identity. 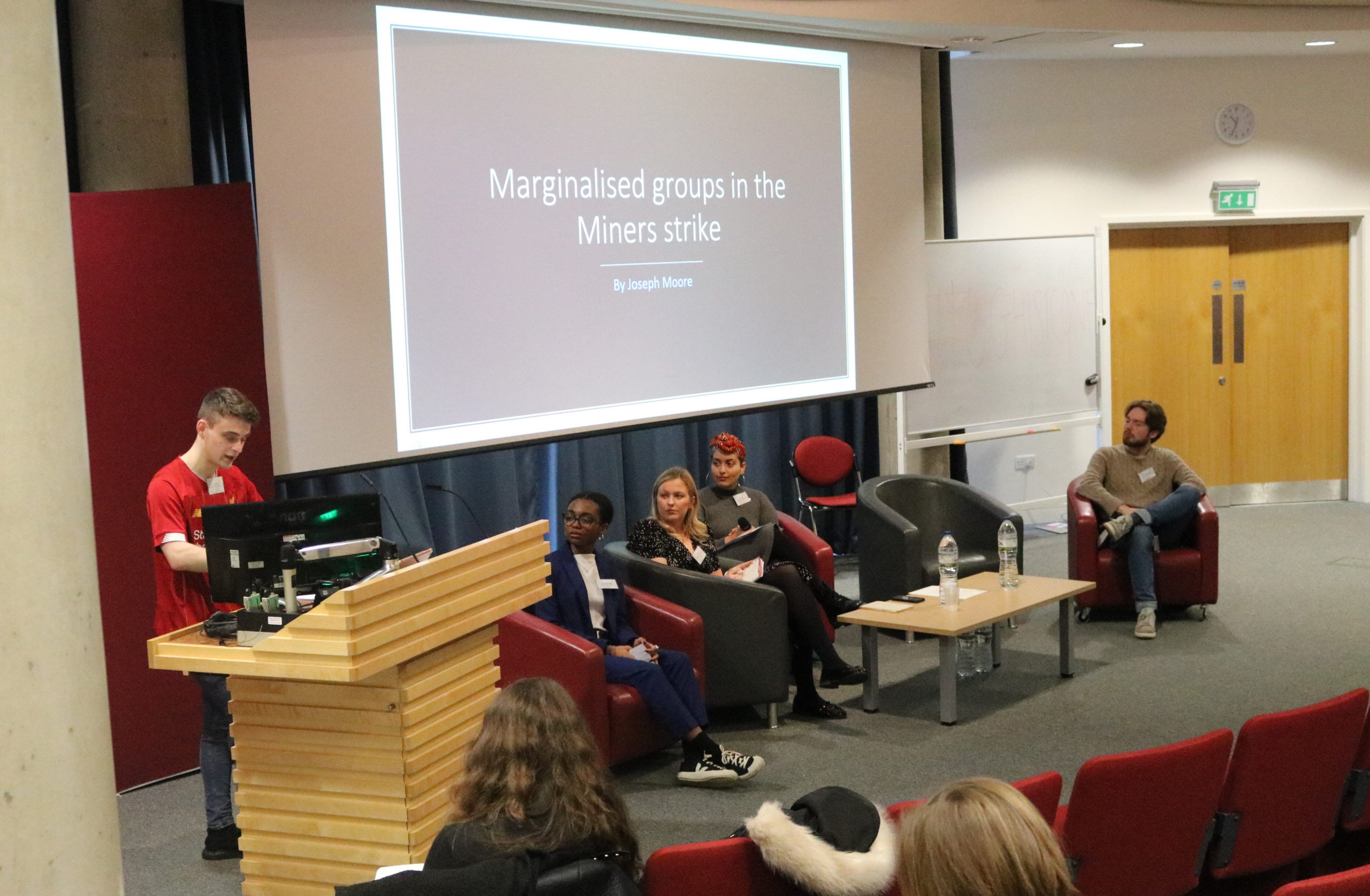 Our fantastic chairs – Sue Lemos, Esme Cleall, Jonathan Saha and Benno Gammerl – generated discussions which centred the voices of our undergraduate panellists and enabled the audience to contribute ideas. This audience included academics, undergraduate and postgraduate students, teachers and other members of the public from across the country.

Our keynote speaker, Emerita Professor Catherine Hall, delivered a thoughtful and motivational talk which drew on her own experiences and strategised how we can improve our understanding of intersectionality. The full video of Professor Hall’s talk is available on our website. A video about the conference, produced by YSTV, is embedded below:

Catherine was impressed with the conversations which were taking place and congratulated us for leaving plenty of time for panel discussions and audience participation – which some mainstream conferences often neglect. We were delighted to see high social media engagement before, during and after the conference. Participants live-tweeted throughout the day and used our hashtag (#UGhistconf) to continue these discussions outside of the lecture theatre. This was important because we wanted to ensure that these conversations can also happen in non-academic spaces, which would help incorporate the voices of communities.

We gave clear guidance to the audience and participants around the correct usage of pronouns but noticed that  not all participants were consistent in using appropriate pronouns and terminology. We appreciate that conference organisers should do more to help ensure this happens. We were also disappointed that disability history wasn’t better represented at the conference – as is often the case. We used the panel discussions and audience participation sessions to consider what should be done to encourage students to specialise in these histories and engage fully with the theoretical frameworks that were at the heart of the day.

Nonetheless, we are pleased to announce that these issues can be rectified, as the University of York’s history department will host a second From Margins to Centre? undergraduate conference in February 2021. This will again be organised by two undergraduate students: Rohin Alexander (@Rojav1 ) and Kat Sandercock. 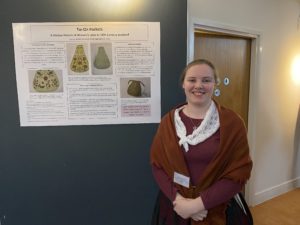 So what’s next? How do we utilise these conversations to effect change? Many of our undergraduate participants will pursue further study and become academics. They have expressed that these conversations will shape their approach to the historical discipline. We
also want to share these conversations with those who were unable to attend. The conference was recorded with lecture capture and audio clips will be uploaded to our website. York Student Television has also produced a video which includes footage of the
presenters and the perspectives of Catherine Hall and historian Joe Williams (@HeritageWalker). We will also publish the papers and posters from the conference in our own online journal this summer. We hope this will encourage other conference organisers to
use these new technologies to improve accessibility. Both us conference organisers will undertake Masters programmes at the Universities of Leeds and Oxford. We intend to use these skills which we have gained from this experience to create similar events that will continue these discussions and bring about change.

To learn more about the conference, visit www.marginstocentre.com or search #UGhistconf on Twitter.

RHS Grants:
If you are an early career historian and are interested in applying for funding from the RHS, you can find more information about our conference grants on the RHS website. 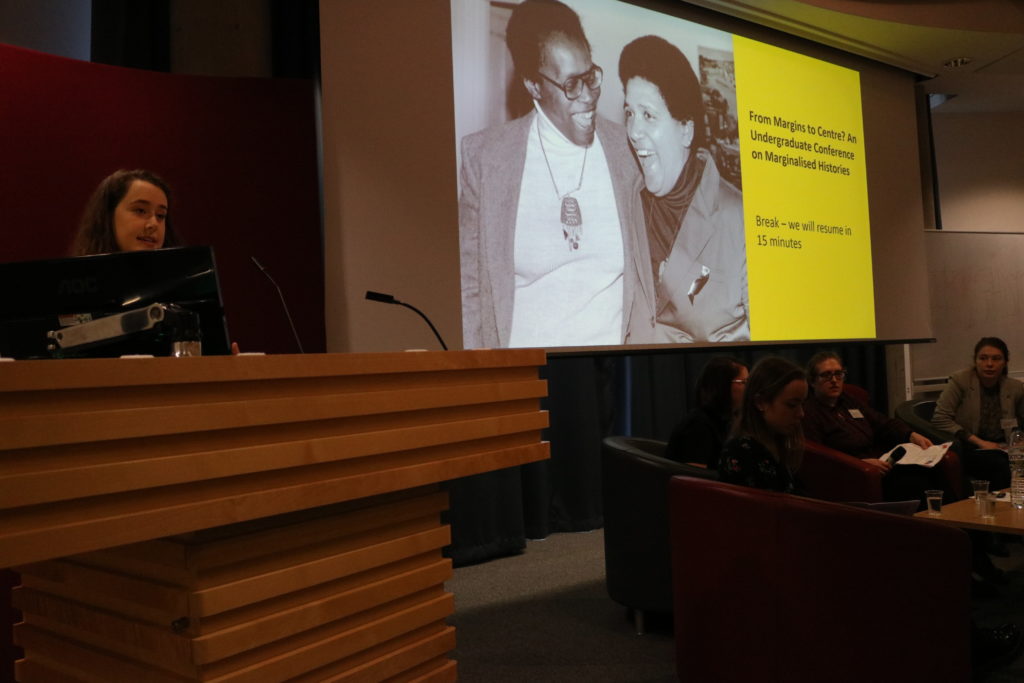