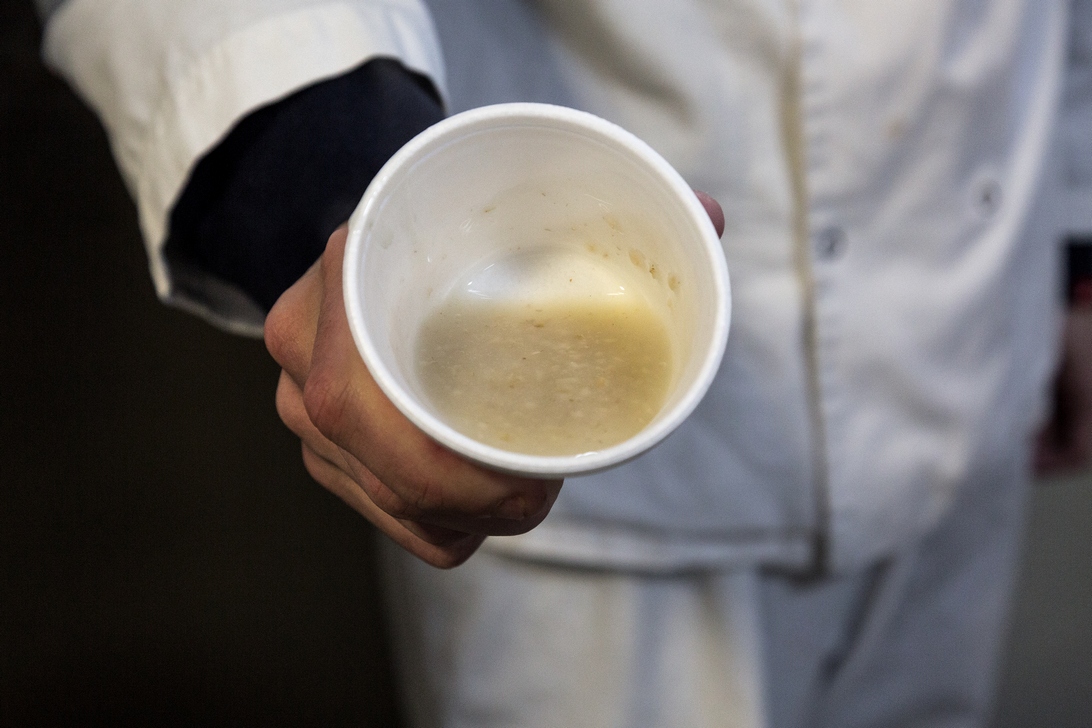 Past Time: A Learning Resource about Victorian Prisons

Historians and specialists in Arts in criminal justice settings have developed a learning resource to bring prison history and archival materials alive through creative methods. In this guest post, Hilary Marland describes the process of collaborating with a theatre partner to bring historical work into prisons and to produce a learning resource.

During 2018/20 academics based in the Centre for the History of Medicine at the University of Warwick collaborated with Director Saul Hewish and Rideout (Creative Arts for Rehabilitation) to develop Past Time, a series of three residencies in HMP Hewell and HMP Stafford to engage men in prison with historical research around prisons and food.

This  project inspired the production of Past Time: A Learning Resource about Victorian Prisons for wider educational use. This free learning pack focuses on the Victorian prison, and offers thought-provoking historical resources alongside practical exercises to bring the materials to life.

Working with the men in prison was a new and exciting initiative for our project team at Warwick. The team involved Hilary Marland, Warwick-based Principal Investigator on our Wellcome Trust funded project, ‘Prisoners, Medical Care and Entitlement to Health in England and Ireland, 1850-2000’, Margaret Charleroy, one of the postdoctoral fellows on our project, and Flo Swann, our wonderfully skilled and experienced Public Engagement Officer. While the Warwick group developed and delivered the historical content, Saul brought the skills and expertise to engage the men participating in the residencies as well as the ability to negotiate the prison system with seeming ease. The participants were all deemed vulnerable to mental ill health, and typically had few opportunities for engagement in such projects.

Our focus was on exploring ways to bring the history to life through theatre and the creation of shows that included drama, music and cooking.

We were keen that the men became active researchers and collaborators, working with historical materials to produce original performance pieces at the end of each two-week residency. Mindful of variations in literacy among the participants, we took in a wide selection of resources, including architectural plans showing prison designs in the past, historical images of prison kitchens and cooking in prison, dietary tables drawn from parliamentary reports and inquiries, a selection of prison memoirs on prison diet and its deprivations, and a rich collection of prison recipes for items such as bread, gruel, stews and even plum pudding, many of which they cooked themselves. 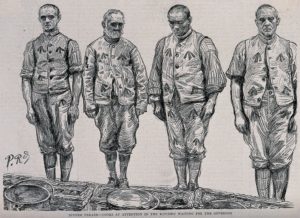 The men involved in the project took quickly to the idea of becoming historical researchers and many already knew a good deal about prison history. Not surprisingly, given its importance in any institutional setting, but especially the closed environment of prison, the men all had strong views on prison food!

The twice-daily workshops lasted for three hours with a short tea break; the men were full of ideas and had many questions, including ones that sent us back to the archives to find answers.

The performances  resulting from the research incorporated historical materials, themes and characters. They included parliamentary debates on prison food, hard labour in prison and complaints about prison food. They also considered the role of prison medical officers in attending to the health of prisoners and dealing with instances of ‘shamming’ illness in order to access the enhanced diet of prison infirmaries. 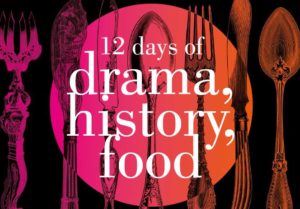 Using a range of theatrical techniques and music, the men presented historical themes in creative, humorous and engaging ways that are not (more’s the pity) usually available to academic researchers, producing a unique and original piece of theatre from each residency. In some of the workshops, the men practised cooking historical recipes which also enabled them to acquire qualifications in food hygiene and nutrition. These recipes were recreated as part of the performances for the delectation of the invited guests: prison staff, families and fellow inmates. Audiences were very enthusiastic at each performance, and the professional evaluation of the men’s subsequent mental health showed very positive results in a range of areas.

Following the success of Past Time at HMP Hewell, we were invited by HMP Stafford to run Staging Time, which included Past Time and three further residencies showcasing new historical themes around prison health.

A small exhibition about Past Time was held at HMP Hewell and a large scale installation about the project featured as part of the University of Warwick’s intervention at Tate Exchange (Tate Modern) on ‘The Production of Truth, Justice and History’ in June 2018.

Thrilled by the men’s enthusiasm for the project, along with the audience feedback, we were eager to produce a more durable legacy of this work that could be made available to school students, particularly those working with the Edexcel GCSE History course’s Crime and Punishment module, community and youth groups, and facilitators working with people in prison or young offenders.

Past Time: A Learning Resource about Victorian Prisons is now available as a PDF pack. It contains short historical pieces focusing on the introduction of the separate system, prison discipline and prison officers, health in prisons, prison reform and prison diet, alongside a range of exercises – from thoughtful writing to drama games and some basic science.

We hope that the learning resource will prompt ideas and conversations about the history of crime, punishment, reform, rights and power that can be related to contemporary society and current practices of punishment.

The residencies and the pack were funded by generous grants from the Wellcome Trust (Provision for Public Engagement), Arts Council England, HMP Hewell, HMP Stafford, Warwick Ventures, and various departments and teams at the University of Warwick. 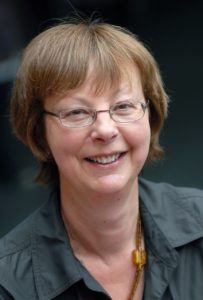 Hilary Marland is a Professor of History based in the Centre for the History of Medicine at the University of Warwick. She is Co-Principal Investigator (with Associate Professor Catherine Cox at UCD), on a Wellcome Trust Investigator Award, ‘Prisoners, Medical Care and Entitlement to Health in England and Ireland, 1850-2000’, and leads with Catherine on the strand of research exploring mental health in prisons. She has published widely on women and insanity, girls’ health, migration and mental illness, and household medicine.