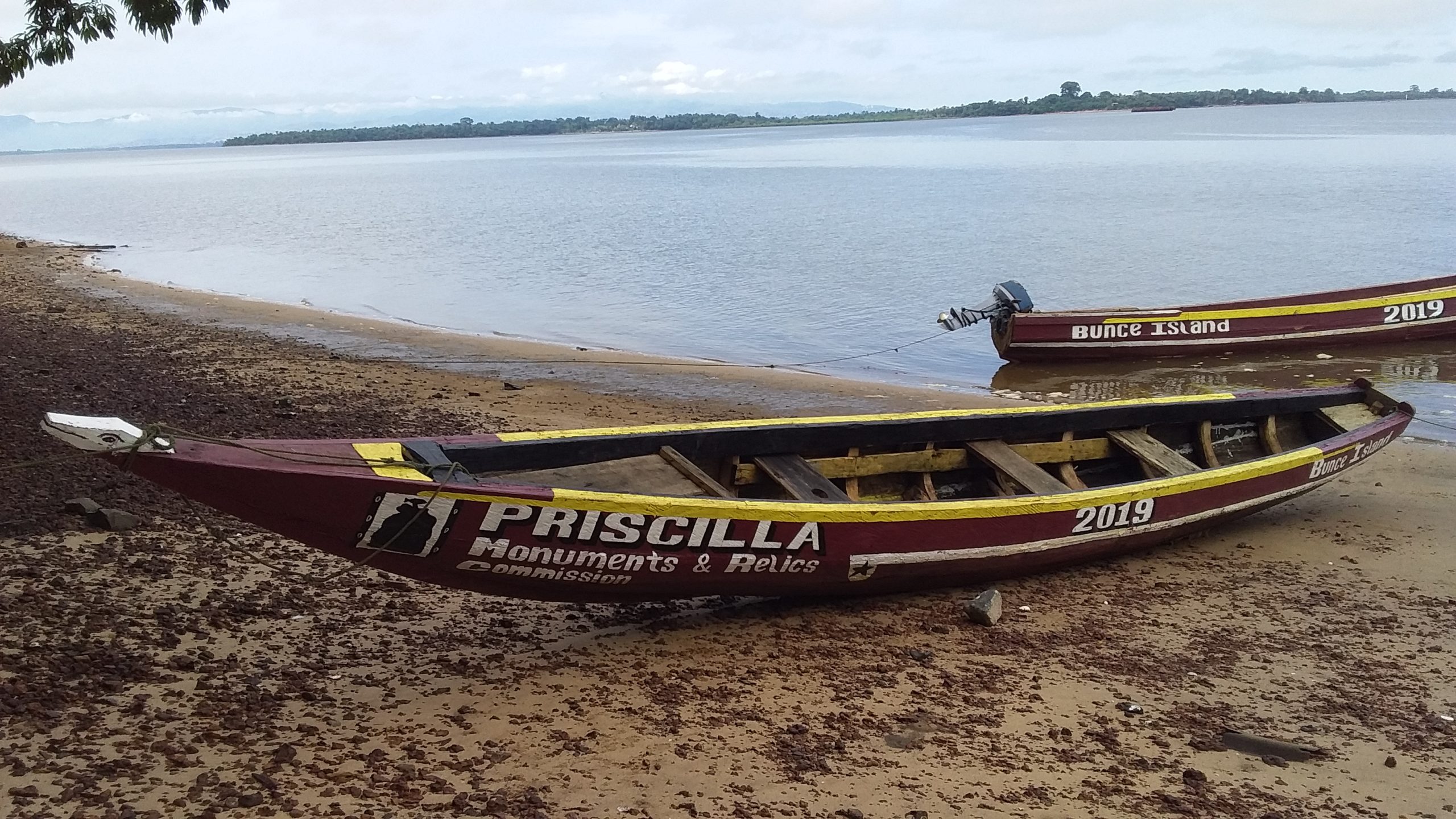 Bloody Bunce: A Legacy of the Transatlantic Slave Trade in Sierra Leone

Four hundred years ago, in 1619, the first African slaves landed in the United States. The 1619 Project has made an important contribution to our understanding of the legacy of slavery in the United States, but there has been less conversation about the places where the slaves were taken from. In this post for the RHS Historical Transactions blog, Joseph Kaifala, founder of the Jeneba Project and co-founder of the Sierra Leone Memory Project, contributes a personal piece from Bunce island.

Bunce. A small island on the coast of Sierra Leone, twenty miles from Freetown. By the end of the slave trade in 1808, thousands of slaves would pass through here.

On this 400th anniversary of the beginning of slavery in America, I have returned to Bunce. I will go home at the end of this visit, but many Sierra Leoneans who passed through here never saw their homes again.

Many of the men, women and children who left these shores found eternal rest at the bottom of the ocean; others made it to plantations in the Americas and West Indies. By the 1750s demand for Sierra Leonean slaves had increased among Southern planters in the United States – their Sierra Leonean brothers and sisters who were taken before them had proved adept at growing rice. The planters wanted more of those kinds of slaves, wherever they were from, and Bunce was a gateway to meeting the demand in human beings from this coast.

Ships anchored on the island for months, waiting for local traders and kidnappers to return with their human cargoes in smaller boats. John Newton, who would later leave his profession as a trader in human beings to become a preacher, visited a few times. On one of his Bunce visits in 1753, he traded his long boat for four tons of rice. Amazing Grace, the hymn Newton wrote to express his regret for participating in that inhumane trade, for what it is worth, has become his absolution. Lost, he was found; blind, he was granted sight to see the wretched faces of his shackled chattels and the mixture of blood and sweat that flowed on their backs. They were whipped for going slow when they could not walk; slapped for crying when they were in pain.

Bunce, previously a trading post for privateers, was occupied by the Royal African Company, a partnership between privateers and British Monarchs founded in 1672.  Slaves from Bunce were sometimes branded with the letters RAC – Royal African Company. In 1728, Portuguese traders attacked and took Bunce. The island eventually fell to the London corporation, Grant, Sargent and Oswald – a company owned by Richard Oswald, an astute Scottish businessman. He traded in partnership with Henry Laurens, a successful rice planter and slave dealer in South Carolina. Laurens, an American founding father, was entitled to a 10% commission on every Oswald ship that anchored in Charleston. Oswald and Laurens were later influential to finalizing the Treaty of Paris (1783) –  the legal document that freed America from Britain. 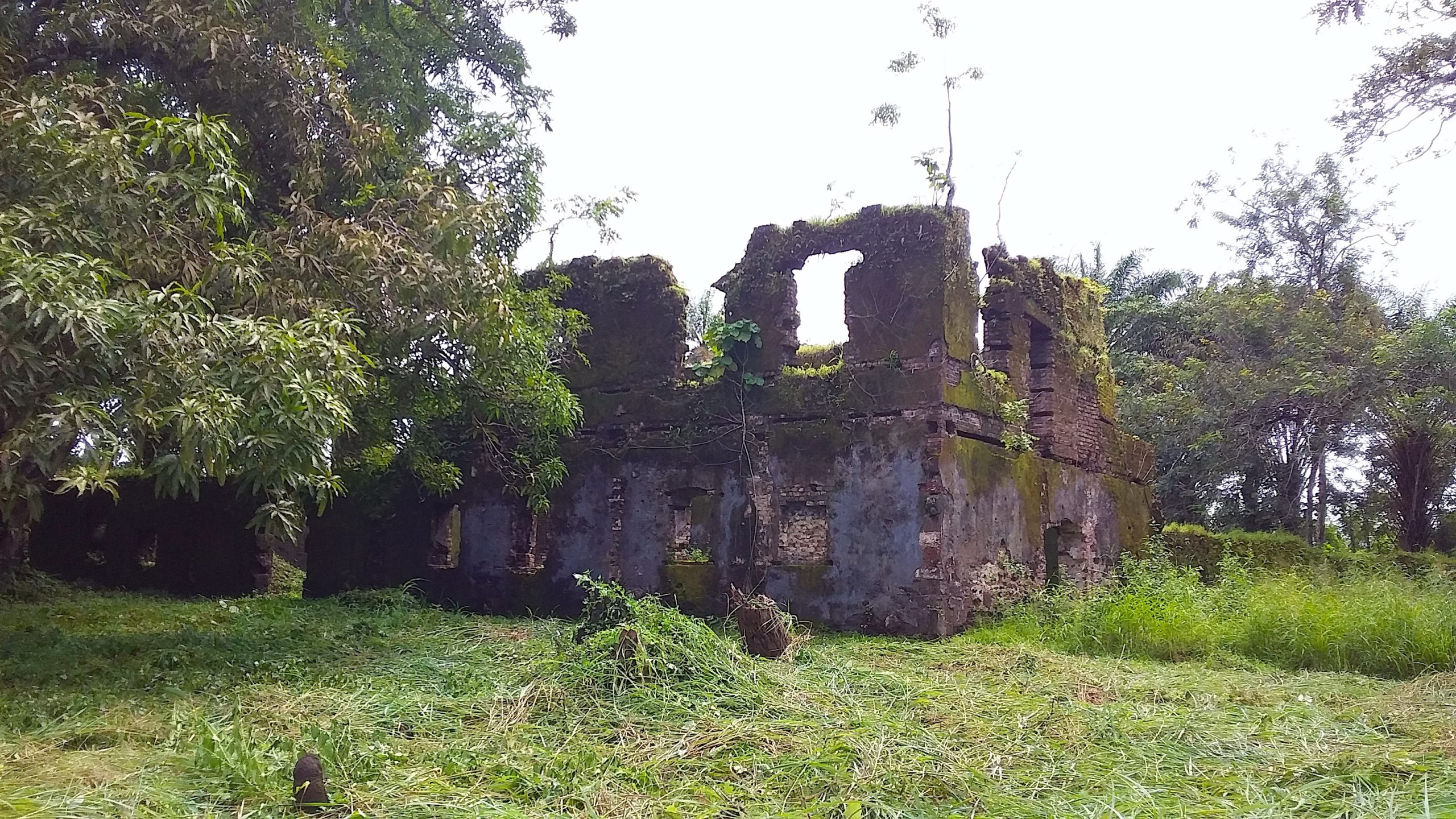 By 1784, Bunce belonged to John & Alexander Anderson – Oswald’s nephews. Danes were the most prevalent slave traders in Sierra Leone at this time and around 2000 slaves a year were taken from here. The Andersons held Bunce until the slave trade was abolished.

A Door of No Return

At the height of the Oswald enterprise, one of the youngest people to pass through Bunce was 10 year old Priscilla who was taken in 1756. As a child, she was not yet the sort of proficient rice-growing slave preferred in the Carolinas, but children grow, don’t they? There might be a wealthy family interested in a black servant girl. Little Priscilla would have been flung onboard like a full sack. Like most children she would have cried and received a back-hand slap from an angry mate. 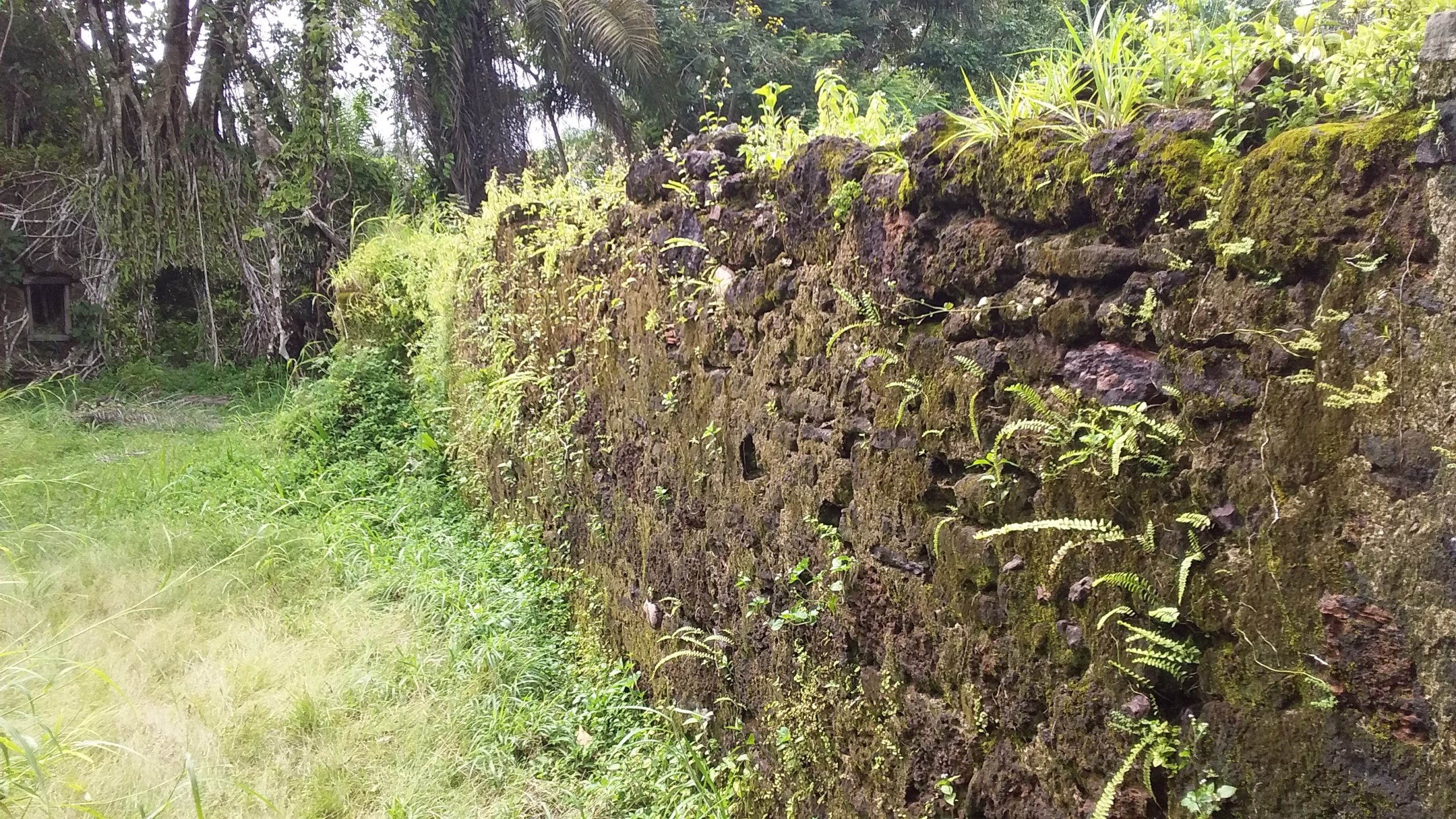 But that was not all.

Let’s hear from Alexander Falconbridge, who was a doctor on these ships before becoming an abolitionist:

The men negroes, on being brought aboard the ship, are immediately fastened together, two and two, by handcuffs on their wrists and by irons rivetted on their legs. They are then sent down between the decks and placed in an apartment partitioned off for that purpose. The women also are placed in a separate apartment between decks, but without being ironed. An adjoining room on the same deck is appointed for the boys.

But the horror had just begun, so let’s allow our eyewitness to continue:

…they are frequently stowed so close, as to admit of no other position than lying on their sides. Nor will the height between decks, unless directly under the grating, permit the indulgence of an erect posture; especially where there are platforms, which is generally the case. These platforms are a kind of shelf, about eight or nine feet in breadth, extending from the side of the ship toward the centre. They are placed nearly midway between the decks, at the distance of two or three feet from each deck.

The captives remained shackled below deck with no knowledge of their fate as slaves – forever reduced to chattel. For many, whatever awaited them, they had already had enough. They went on hunger strike, which was not allowed, because slave buyers, like other wholesale purchasers of goods, expected flawless commodities. Falconbridge talked of how those who went on hunger strike were subjected to “coals of fire, glowing hot, put on a shovel and placed so near their lips as to scorch and burn them” and “threats of forcing them to swallow the coals if they any longer persisted in refusing to eat.”

Every death was a loss – bad for business. Here is Falconbridge again giving a description of the bloody affair that was the transportation of captives:

“The deck, that is the floor of their rooms, was so covered with the blood and mucus which had proceeded from them in consequence of the flux, that it resembled a slaughter-house.”

This was still just the journey.

It was what awaited our people as they walked through the “Door of No Return” on Bunce Island, to labour under sun and rain, wondering what they had done to deserve such violence.

Priscilla would survive, and she would go on to give birth to 10 children and live to 65 years old. 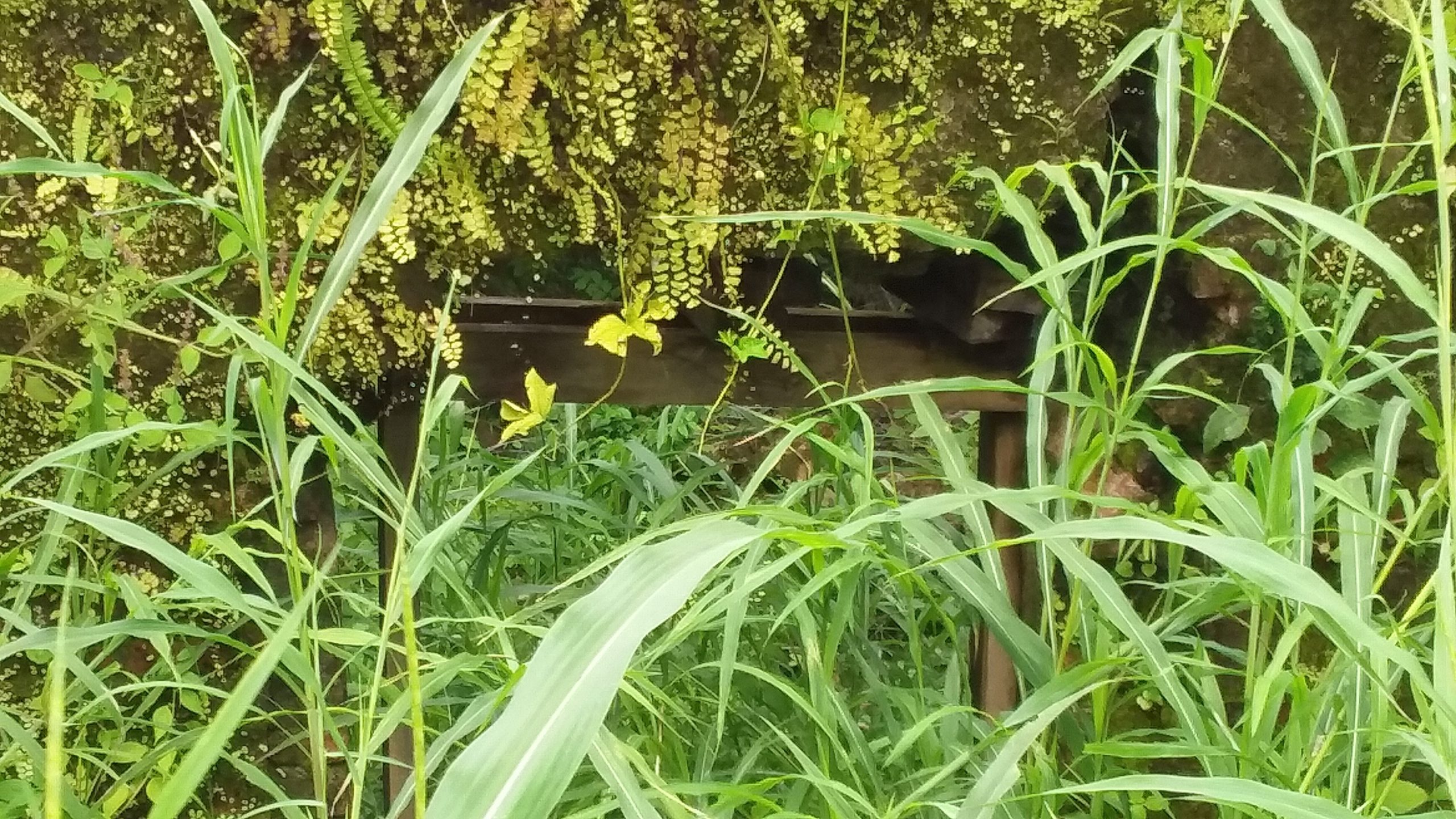 In 1948, the island was classified under Sierra Leone’s Monuments and Relics Commission, but few resources have been committed to preserving it. Although included on UNESCO’s Tentative List for World Heritage status nomination, on the island itself its history is marked only by rapidly deteriorating ruins, wrapped in a somber air.

What this former slave factory needs now is preservation.

As initiatives such as the 1619 Project emphasise the huge consequences of the slave trade in America, the world must help preserve Bunce as a reminder of our commitment to Never Again subject human beings to an atrocity such as transatlantic slavery.

Joseph Kaifala is a Sierra Leonean writer, philosopher and historian. He is the author of many books, including Free Slaves, Freetown, and the Sierra Leonean Civil war (2017) and Adamalui: A Survivors Journey from Civil Wars in Africa to Life in America (2018).