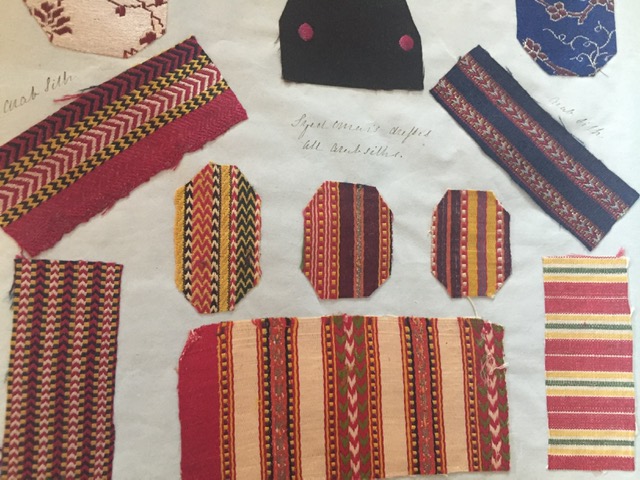 Insta-Research: Social Media and the Historian

As a scholar working in a rural UK university, far from peers in her field of study, Kate Strasdin decided to embrace Instagram and Twitter as a means of professional engagement, and to explore the potential for virtual communication when travel to conferences and urban-centric events was rarely possible. In this post for Historical Transactions she explains that social media has been a rewarding and enlightening professional experience.

The pitfalls of social media are many, various and well documented but I would like to take a moment here to extoll its virtues.

As a dress historian specialising in an object based approach to research, the multitude of image databases now available via museum websites gave me an immediate source of material. I began to share it on both Instagram and Twitter platforms in 2016. I set parameters to try and ensure that my content fell within a self-determined remit that was broadly based around my own area of expertise. I chose to feature surviving womenswear from the mid-18th to the mid-20th century. With each object that I shared I wanted to include a short description that was informative, accurate but most importantly, accessible to whomsoever might stumble across my pages – I did not want this to be the academic colonisation of a subject that has a broad appeal and an audience from a wide demographic. Perhaps more importantly, I wanted it to be fun. 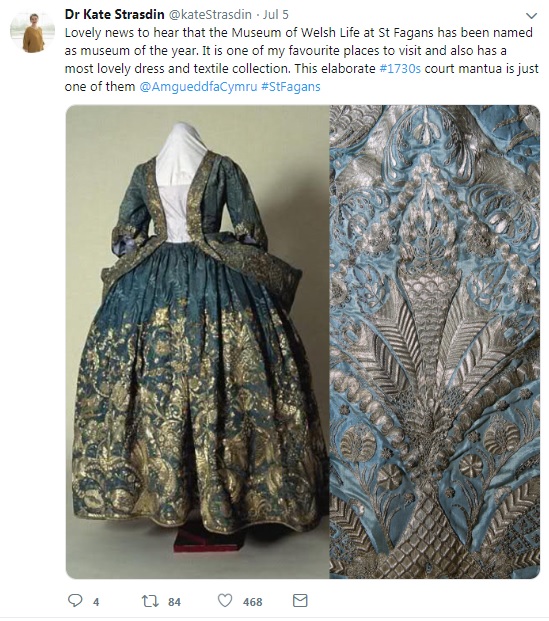 What I had not expected from this, however, was just how valuable a social media presence would prove to be for my research. I am not for a moment suggesting that Twitter is a substitute for the detailed empirical data gathering, hours in archives, days in libraries that form the basis of an historian’s work, but the potential for social media to provide signposts to scholars based on the network created has proved invaluable.

Connecting with curators, authors, historians in other fields, and often keen amateurs has, time and again, provided me with previously unconsidered avenues: little known collections, texts of interest or even familial connections with the subject of research. It has generated invitations to speak on subjects that I have discussed on Twitter threads, connected me to people and their opinions and allowed me to follow, via others live tweeting, those conferences that I have not been able to attend in person.

The image rich content on Instagram comprises a slightly different audience. It is broad in its diversity – I have virtual friendships now with decorative arts and textile curators, costume designers, fashion designers, writers, broadcasters, makers and thinkers from across the world, not to mention other historians sharing their work visually. For me it has been a supportive and enriching space and it really can inform new research. 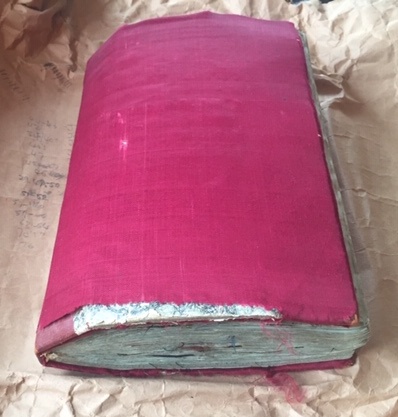 A volume of dress fabrics, 19th century, owned by the author.

As a case in point, I am currently working on a new and rare document that came into my possession several years ago – a 19th century album of dress fabrics compiled by one woman in Lancashire dating from the 1830s to the 1870s. This volume came to me with no provenance at all except the small, neat copper-plate captions that the owner originally wrote above each hexagonal scrap of cloth. To date I have only found two other examples of this kind of object in the UK. As I began to share some of the pages on social media, so I unwittingly unlocked some of its secrets. An image of a line of fabrics that all bore the caption ‘Arab silks’ prompted a response from one of my followers who commented with the information that this was a particular silk specific to Syria, especially the region around Damascus. Another, a paper conservator by profession, was able to suggest certain types of contemporary protein glue that would have fixed the fabric to the thin pages of the album. A military historian shared biographical information about one of the swatches that related to a period of British naval history. The description above this piece of red flannel explained: ‘Part of the pirate flag captured by the Admiral in Borneo in 1845’. I was able to ascertain that the Admiral in question was Admiral Sir Thomas Cochrane but it was thanks to other specialists that I could contextualise this fragment more readily. 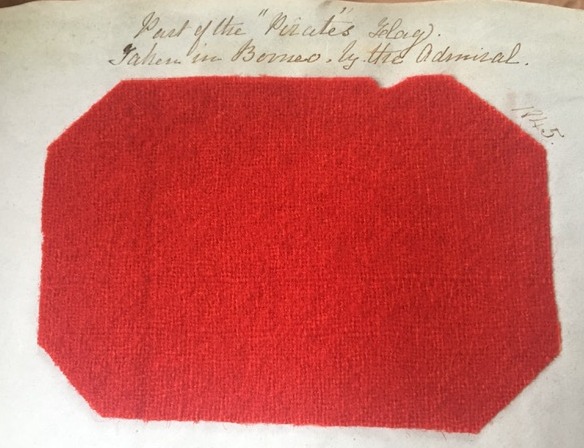 “Part of the pirate flag captured by the Admiral in Borneo in 1845.” From a 19th- century volume of dress fabrics. Author’s photo..

Of course, it is still vital to apply the objective gaze to all such communications and to then establish the validity of those suggestions made. No doubt further research would have led me to the origin of the Arab silks and the biography of Admiral Cochrane, but taking advantage of the capacity social media has to facilitate certain processes allows for inter-disciplinarity and the very sensible (it seems to me) notion of calling on those people who know better than me at this stage of my research. Twitter connected me with other scholars working on female albumisation practices, with textile specialists who could identity obscure weave patterns and with genealogists skilled in the art of unpicking family history, a methodological skill all of its own.

Working at the chalk face of historical enquiry with objects and texts remains, first and foremost, the hallmark of respected research and this is not a call to arms for social media to replace the academic norm. However, the opportunity to encounter a community of peers that might not otherwise cross our scholarly path can be both supportive and illuminating. There may even be a funny cat video along the way, and what’s not to love about that…

Dr Kate Strasdin is Senior Lecturer in Cultural Studies at Falmouth University, and a writer, curator & amateur stitcher. She is the author of Inside the Royal Wardrobe: A Dress History of Queen Alexandra (Bloomsbury, 2017) Follow her on Twitter @kateStrasdin, and on Instagram @katestrasdin