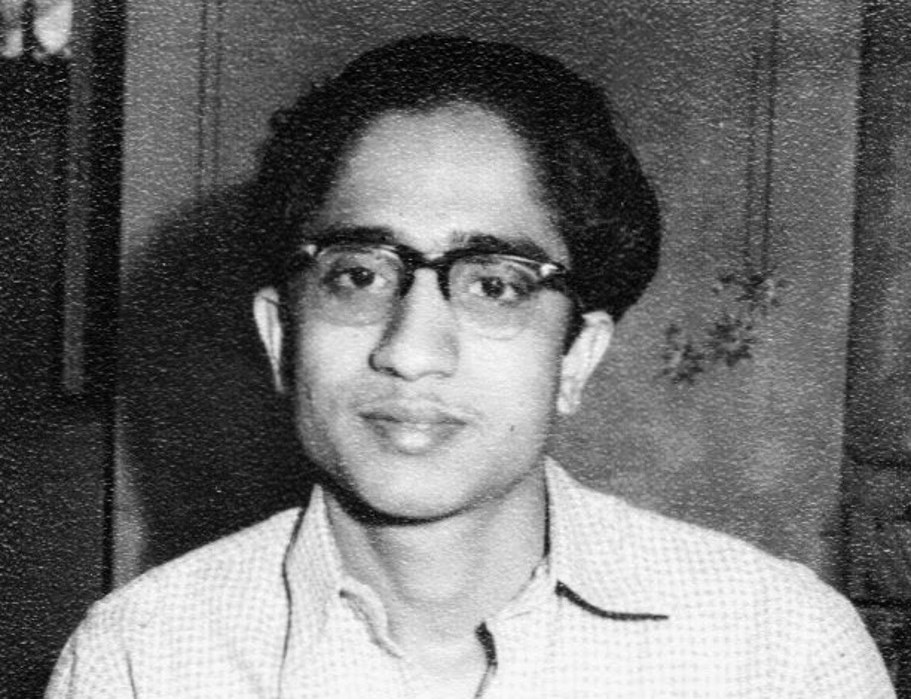 A Historian and his Times: Sushil Chaudhury and the History of Eighteenth-Century Bengal

Professor Sushil Chaudhury, historian of eighteenth-century Bengal, and General President Elect of the Indian History Congress, died earlier this year. In this piece for the RHS blog, Professor Peter J. Marshall places his friend’s work in the context of his life, and reflects on how historical scholarship about the region has changed.

Sushil Chaudhury, historian of eighteenth-century Bengal, died in Kolkata in January 2019. Sushil was an old friend, as well as a productive scholar who had published from 1967 to the last year of his life. His passing prompts me to reflect on the changing way that the era of British conquest, a crucial phase of Bengal’s history, has been studied – from Sushil’s historical apprenticeship in the 1960s, when British influences remained dominant, to India’s current emergence as an economic superpower.

Sushil wrote about the founding of empire, but as a child he also lived through its collapse in the most dramatic way; his father was employed as a government official in Burma, but in 1942 they were forced to flee. They settled in eastern Bengal only to have to flee again, as Hindus, from what became East Pakistan when Bengal was partitioned in 1947.

In the 1960s, many Bengali historians came to Britain to complete their studies with British doctorates, often benefitting from Commonwealth Scholarships which funded a distinguished cohort of students from what was then East Pakistan, now Bangladesh. Many from Calcutta University, including Sushil, were encouraged to do so by N. K. Sinha, Professor at Calcutta University. While Sinha never seemed at ease in Britain or with British academics he firmly directed his acolytes to go there.

In British universities the study of South Asian history was still a topic remote from mainstream historical inquiry into British and European history. Expert supervision was limited. Indian students went to Cambridge and Oxford, where there were Readers in Indian History, and especially to the School of Oriental and African Studies in London where the Director, Cyril Philips, a historian of the East India Company, was building up large departments devoted to non-European history. Eventually, eight scholars were  engaged in teaching and research in South Asian history at SOAS, and their research students came mostly from the subcontinent. By contrast, relatively few British students went to work in South Asian archives.

Following a BA at Presidency College, and an MA from Calcutta University, Sushil began his Ph.D at SOAS in 1966. His supervisor, K. N. Chaudhuri, was working towards what was to be his magnificent The Trading World of Asia and the English East India Company (1978).

During the 1960s and 1970s, the trading world of eighteenth-century Asia was attracting much scholarly interest among a cosmopolitan group of scholars including the American, Holden Furber, and Danish historians Niels Steensgaard and Kristof Glamman. Sources were available in several European languages, the records of the Dutch East India Company being especially significant. Sushil chose to study his native Bengal, the nodal point in inter-Asian trade flows as well as the major source of goods for Europe. Sushil published his thesis in 1975 as Trade and Commercial Organization in Bengal 1650-1720. The study supplemented British sources with Dutch material from The Hague. Throughout his career, he maintained links with European scholars, holding a post for a time at the Netherlands Institute for Advanced Study. Sushil returned from Britain to Calcutta University, where he served until his retirement as Professor of Islamic History. He maintained his interest in inter-Asian and transcontinental trade throughout his career.

From the 1990s, Sushil began to publish on the great issues of the manner and the consequences of the British conquest of Bengal. In part, he was stimulated to do so by new developments in historical writing about South Asia in Britain, which stressed the significance of Indian agency, sometimes described as ‘collaboration’, in the initial establishing and later shaping of British rule. For instance, C. A. Bayly, in Indian Society and the Making of the British Empire, had written of social and economic change that produced a ‘crisis of eighteenth-century India’, creating conditions in which ‘Indian capital and expertise was drawn inexorably into partnership with the alien invader’.

But after the Vietnam War, in the harsh climate of suspicion about the West’s historic role in Asia, many South Asian historians rejected such interpretations seeing them as imperialist apologias, which must be confronted. Sushil rejected the idea of crisis entirely for Bengal, expounding his reasons for doing so in major books, notably in From Prosperity to Decline: Eighteenth-Century Bengal (1995) and Prelude to Empire: The Plassey Revolution of 1757 (2000). There was no ‘crisis’ in pre-Plassey Bengal. The British were an alien element, imposing their will by engineering an armed coup in 1757 and thereafter forcing Bengal into steep decline by their ruthless exactions. 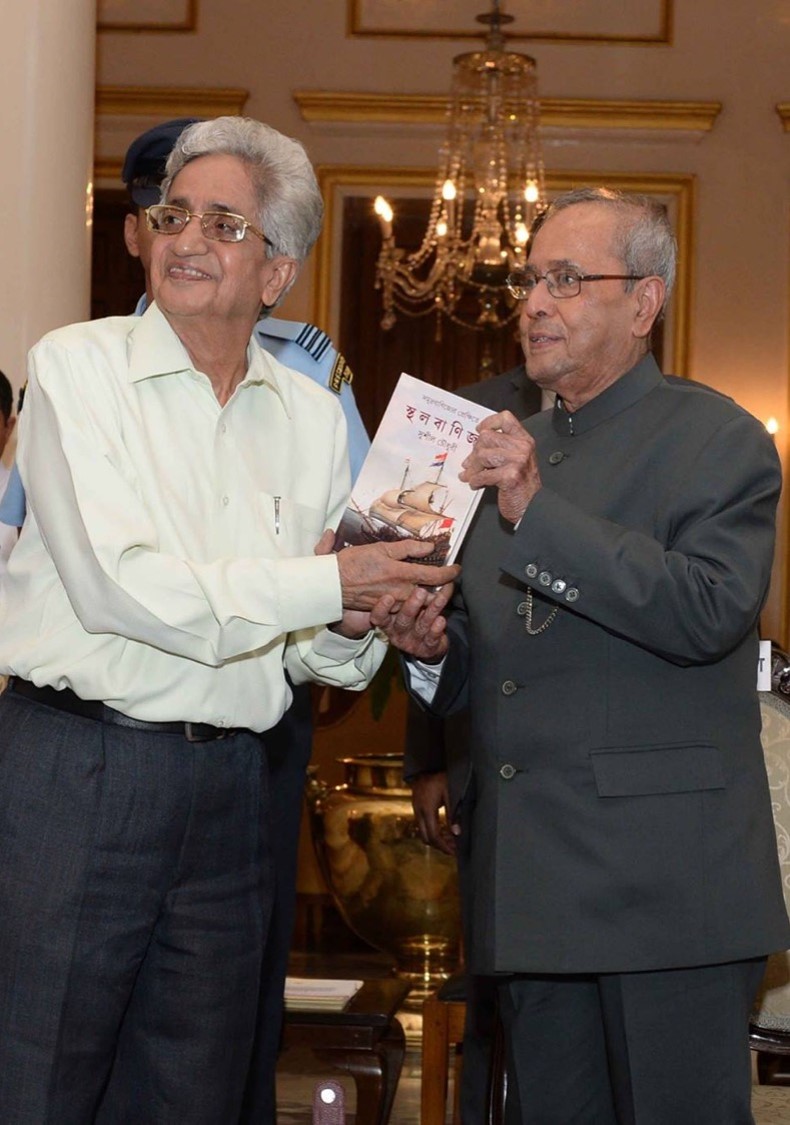 Sushil’s books on the British conquest were written in an era where British influence on the Indian historical profession was diminishing. Bodies like the Indian Council of Historical Research, of which Sushil became a fellow, now existed to fund research. Although doctoral students continued to go to SOAS and others were attracted to Cambridge as pupils of Bayly, those who sought degrees overseas were more likely to go to the USA than to Britain. At the same time, however, as history syllabuses became more global and less Eurocentric, most British history departments appointed historians of South Asia, and these posts were often held by scholars of South Asian origin.

Like their contemporaries throughout much of the world, many historians of Bengal have turned their attention to cultures and identities, including to the shaping of a distinctive Bengali culture in the eighteenth century, be it under the Mughals, the Nawabs or the East India Company. Sushil contributed to these debates in 2013 with ‘Identity and Composite Culture: The Bengal Case’.

Any historian’s career as long and productive as Sushil’s is likely to offer a commentary on the shifting influences under which he or she wrote. Sushil Chaudhury began his scholarly life at the end of an era where early career opportunities for historians in a partitioned Bengal mostly lay through Britain. By the 1980s, institutional support, at least for those from Indian West Bengal, was developing at home and continental Europe and especially the United States were likely to offer more than was available in Britain, apart from archival resources. Bengal’s history is as a result no longer being studied almost exclusively by Bengalis working under British aegis, but by a global community of historians sharing many common preoccupations.

Professor Peter J. Marshall is Emeritus Professor of History at King’s College London and the author of many books on British imperial history and India. His most recent book, Edmund Burke and the British Empire in the West Indies will be published by OUP in July 2019.