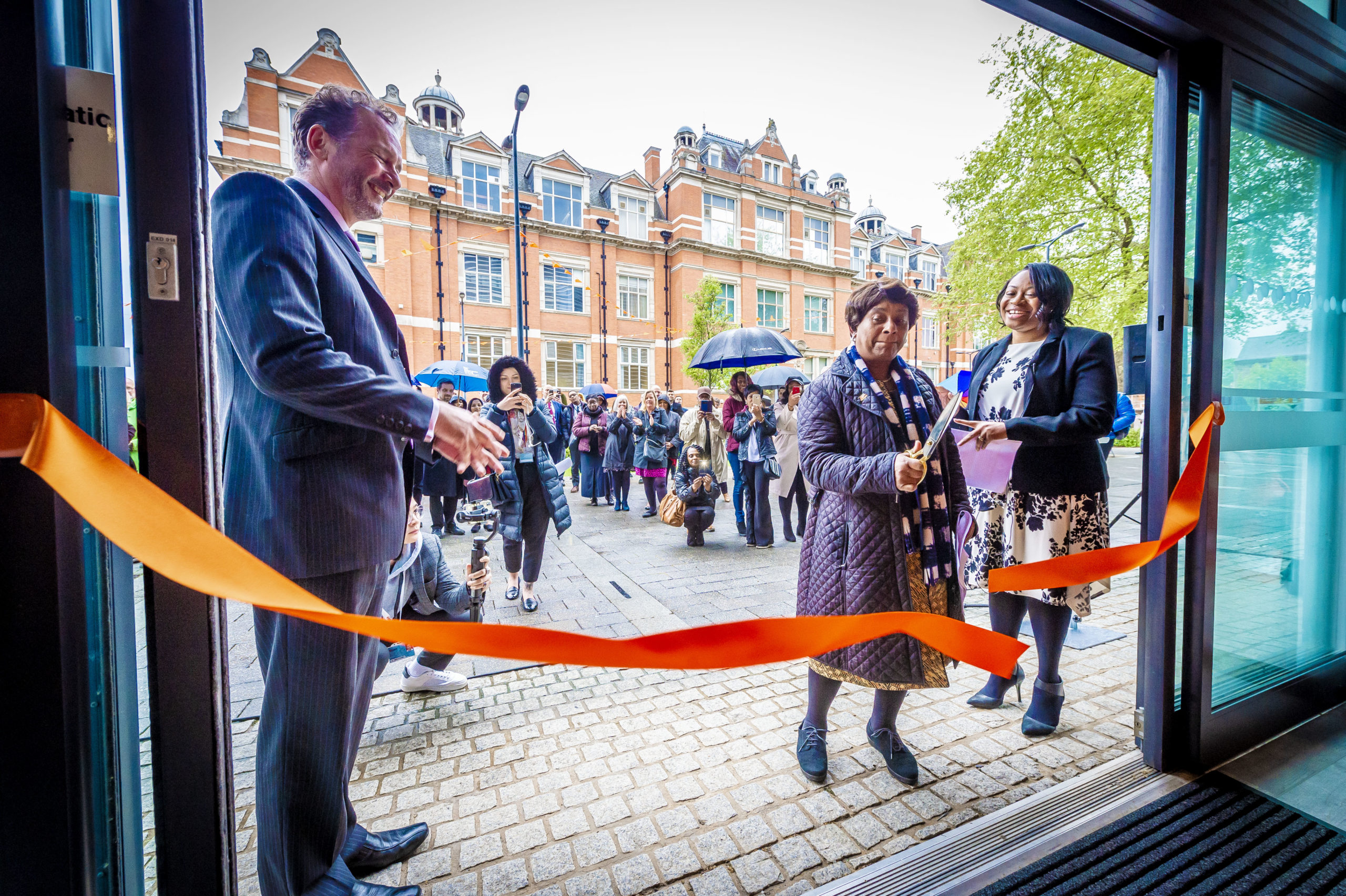 On 22 April 2019 the nation officially acknowledged the first annual Stephen Lawrence Day.  The day served as a day of remembrance, reflection and educational impact concerning the life and legacy of Stephen Lawrence, a Black teenager murdered in a racist attack in 1993 while awaiting a bus in Eltham, South London. Here, Dr Kennetta Hammond Perry explains the significance of the  Lawrence family’s work, and introduces the new Stephen Lawrence Research Centre at De Montfort University, Leicester, opened officially by Baroness Doreen Lawrence on 9 May 2019.

The establishment of the Stephen Lawrence archive and exhibition, which forms part of the newly launched Stephen Lawrence Research Centre at De Montfort University in Leicester will enable researchers and the wider public to explore new angles concerning this landmark case. Likewise, the archive gives insight into the ways in which the evolution of Stephen Lawrence Day can be viewed as part of a wider history of ongoing political struggle by racialised communities in Britain for the recognition of rights and greater accountability for state authorities.

As the records in the collection document, the grassroots campaign that the Lawrence family waged to seek justice on their son’s behalf entailed developing a range of political strategies including promoting “Days of Solidarity for Stephen” in local communities. These efforts mobilized support during the public inquiry into the Metropolitan Police’s handling of the investigation into Stephen’s murder over twenty years before Theresa May announced plans to acknowledge Stephen Lawrence Day last year. [1]

As the inquiry unfolded in the spring of 1998, the Lawrence family’s grassroots campaign expressed an intent to continue rallying both inside and outside of official channels to “keep Stephen’s memory alive, seek the truth of the events surrounding his murder and draw out lessons to influence future policy and practice.” [2] Ultimately, these aims anticipated the impact of the Macpherson Report which called for major policy changes that would profoundly shape debates about race, policing, and the law in British society for decades to come.  And as this important new collection demonstrates, the history of Black political activity which underwrote the ongoing significance of Stephen Lawrence’s legacy should not be forgotten.

This year marks twenty years since the publication of the Macpherson report on the Stephen Lawrence Inquiry which created an official public record documenting the investigation into Stephen’s murder.  In its condemnation of the Metropolitan Police’s handling of the case, the report is probably most well-known for bringing the concept of institutional racism, a term appropriated from  Charles V. Hamilton and Stokely Carmichael’s Black Power:  The Politics of Liberation (1967), into the wider public consciousness in Britain.  The theme of the Stephen Lawrence Research Centre’s launch year intends to shine a spotlight on the unfinished agenda of the report of the Stephen Lawrence Inquiry.  While the report offered 70 recommendations primarily aimed at addressing racism evident in policing practices and procedures, it also signalled a need to hold other public sector institutions accountable for confronting and preventing racism including educational authorities.

The persistent racial inequities in U.K. higher education, ranging from access gaps at elite universities, disparities in attainment across the sector, and the dismal recruitment and representation of Black, Asian and minority ethnic staff in academic and senior leadership posts were all  topics highlighted in the centre’s inaugural distinguished lecture series which has thus far featured work by Professor Kalwant Bhopal of the University of Birmingham’s Centre for Research in Race and Education and Dr. Omar Khan, Director of the Runnymede Trust.  Likewise, in September, the centre will be collaborating with DMU’s Freedom to Achieve team to host a conference, Radical Pedagogies:  Macpherson Twenty Years On bringing together educators, academics, activists, students and the wider public in a conversation about Macpherson’s implications for the British education system and how ways of teaching and learning can be mobilised as anti-racist practice.

The centre’s official public launch kicked off on 9 May with a ribbon cutting by Baroness Doreen Lawrence at the centre’s permanent exhibition space.  The exhibition features an interactive timeline capturing the Lawrence family’s journey towards seeking justice on their son’s behalf as well as personal artefacts from the archive including family photographs and memorabilia showcasing Stephen’s life as a student, an athlete, and an aspiring architect.  Curated by DMU’s archives and special collections team, the exhibition, like the archive,  reminds visitors of the connections between the personal and the political in understanding the impact of Stephen Lawrence’s legacy. For just as much as his name has become synonymous with racial violence and the miscarriage of justice, we continue to speak his name in part because a family lost a son and a brother and sacrificed their privacy, their time and their resources in an effort to hold the state accountable for rendering and upholding justice.

Research at the Centre

In addition to hosting the archive and exhibition as a resource for future generations to explore the significance of Stephen’s story, the centre’s work will be driven by four interdisciplinary research themes emanating from the case:

The centre recognises that research in these areas is often under-resourced within the U.K. higher education landscape at a moment when the relevance of reckoning with these themes cannot be overstated. With that in mind, in the coming months the centre will be looking to recruit and develop its first cohort of early career researchers pursuing cutting edge work in a host of areas including, but not limited to exploring the relationship between race, gender, science and technology; health disparities; historical sociologies of racial formation; environmental (in)justice; race and disability studies and racialised sexualities.

In doing so, the centre strives to position Stephen Lawrence’s case as part of a wider intersectional discussion about race, racism and social justice in the U.K. and beyond that sheds light on a host of interrelated processes that have historically and systematically rendered certain communities more vulnerable to  disenfranchisement, misrecognition, exclusion, violation, illness, pain, civil estrangement, and or death.  This too is part of the unfinished agenda of the fight for justice that the Lawrence family has championed over the last 26 years.  And the new Stephen Lawrence Research Centre looks forward to supporting research that will advance this cause.

Kennetta Hammond Perry (@kennettaperry) serves as Director of the Stephen Lawrence Research Centre and is a Reader in History at De Montfort University.  She is the author of London Is The Place For Me:  Black Britons, Citizenship and the Politics of Race (Oxford, 2016).  Follow the work of the centre @SLRC_DMU.