In All Our Footsteps: Tracking Walking Histories in Post-War Britain

May is National Walking Month. In this piece, Clare Hickman and Glen O’ Hara reflect on their new collaborative project which has emerged from personal as well as academic interests in walking, and has led them to reflect on the intersections of environmental, political and health histories.

How might we write a history of walking? It is, after all, something many of us take for granted as a daily activity. But long distance walking for leisure has also become increasingly popular in post-war Britain. Various designated routes, including the National Trails, have been developed to facilitate this desire. It is estimated that around 80,000 people complete one of the UK’s national walking trails every year, walking long distances across the rural landscape following paths made and maintained by human endeavor.

How have these paths been experienced, imagined and promoted? As historians with an interest in the outdoors, the environment, health, governance and planning in twentieth century Britain, we find this question not only fascinating, but of wider relevance to the experience of citizenship in Britain’s recent past. 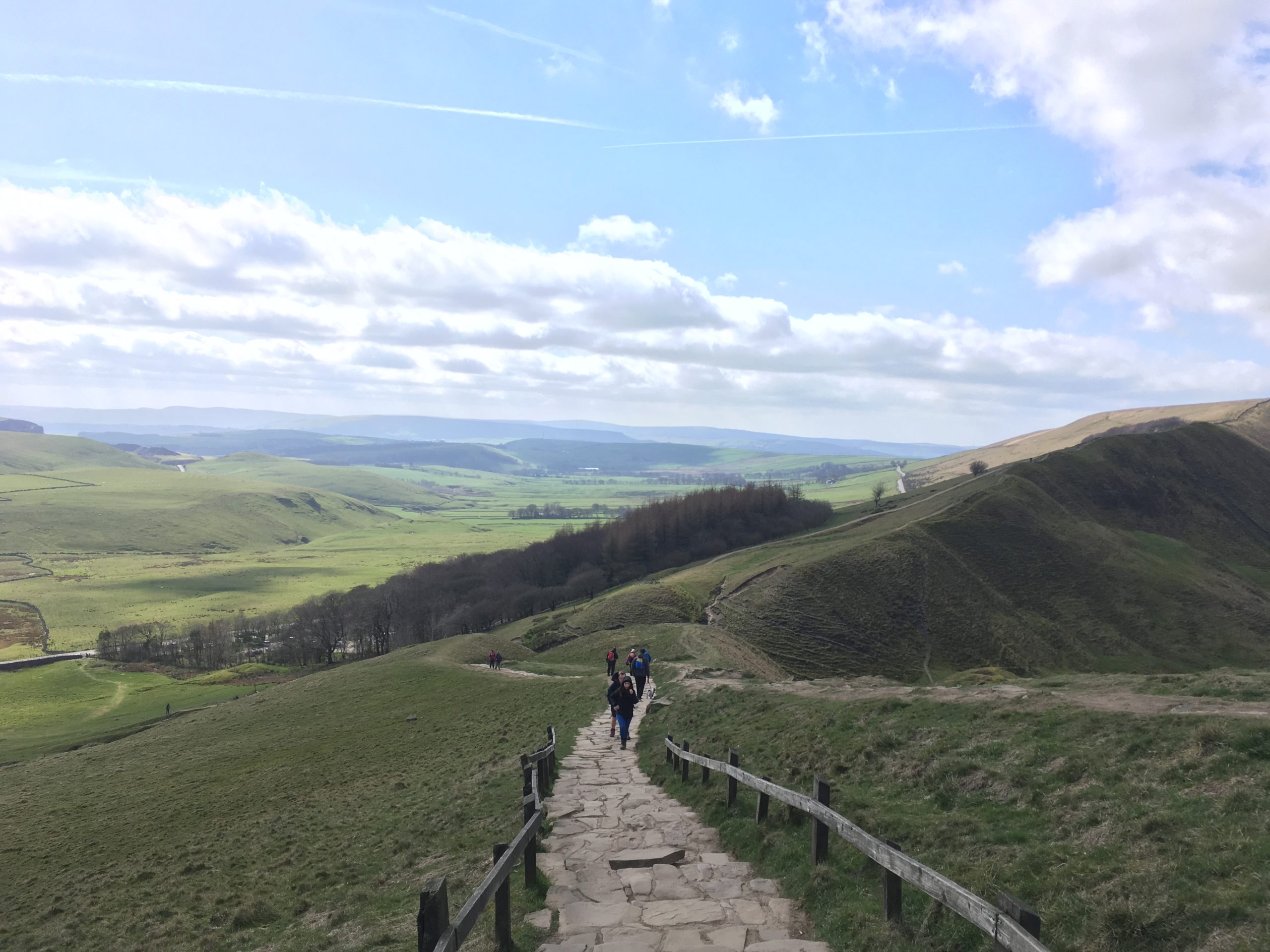 We are both keen walkers – Hickman is generally a sole hiker exploring sections of paths when time and opportunity arise, whereas O’Hara has a more organized and completest approach to long distance walking and one that he shares with friends. This difference in approaches relates to a deeper truth about such walking, which is that it is perhaps always a combination of collective and individual experience.

Walking with companions often combines both walking and talking. As Mark Twain wrote in A Tramp Abroad (1880):

‘the walking is good to time the movement of the tongue by, and to keep the blood and the brain stirred up and active; the scenery and the woodsy smells are good to bear in upon a man an unconscious and unobtrusive charm and solace to eye and soul and sense; but the supreme pleasure comes from the talk’.

Even when solo there is an understanding of a landscape shared with other walkers, cyclists, and non-human participants. The role of memory, too, is important and this perhaps also relates to the importance of both nature and memory in human wellbeing, an aspect of the topic Hickman has already begun to explore with a team led by Victoria Bates at the University of Bristol.

The embodied and sensory nature of walking means that there is always a personal and physical experience of the landscape. In the literature this aspect is often considered in terms of the visual, particularly the idea of ‘beauty’. This project will aim to extend our understanding by working across disciplines, including with Sarah Bell, a researcher in the geographies of health, wellbeing and disability at the University of Exeter, and with  visually impaired walking groups. We hope to consider both the inclusivity of national walking trails, but more importantly to gain a sense of the multi-sensory experience of landscape more generally.

We will use interviews reflecting on personal histories of walking, the latter using both narrative and walk-along interviews, to gain a more sensory sense of the relationship between walking and the landscape. We will, of course, also be walking ourselves and using our own reflections as part of the methodology.

As the geographer Hannah Macpherson has outlined, there are many ways in which ‘landscape is encountered or assembled as physical object, as threat, as memory, scenery, or as imagined future.’ And as she also argues:

‘perceptions of landscape vary according to a whole array of personal and social attributes with gender, age, expertise and residential background likely to influence how an individual sees, engages with and experiences landscape’.

It thus remains important that as researchers we also consider our own physical and imagined engagements with the landscape of the walker as well as interviewing others who are perhaps left out of the current literature, such as solo women, people who walk on the trails for only a short time and those who are mentally, physically or socially disadvantaged. 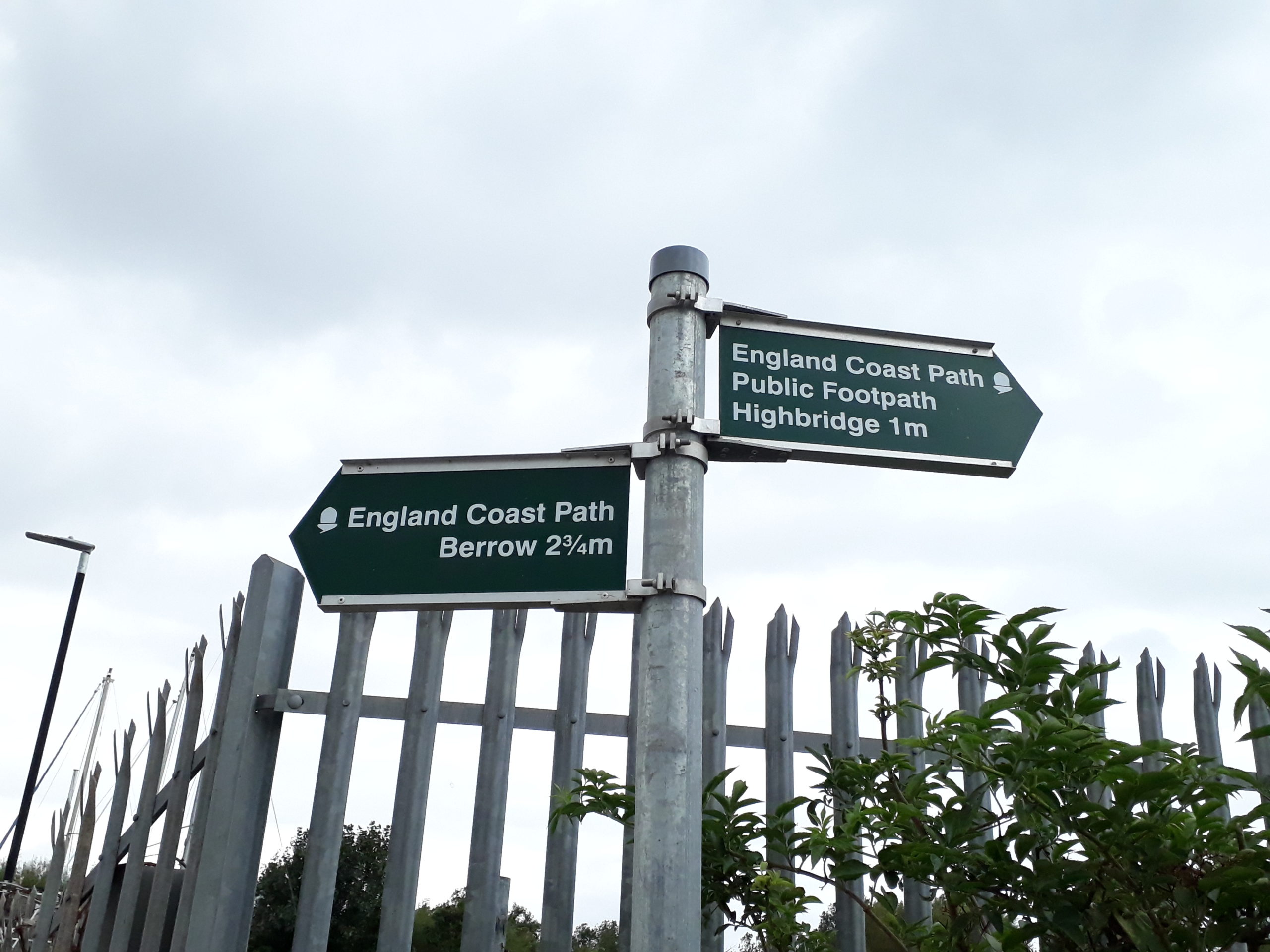 Archival histories of walking will be an important part of this project. Themes from early primary research that we are interested in pursuing include the role of voluntary action in maintaining and mapping footpaths in the immediate post-war era, particularly during the 1950s and 1960s. The constant paradoxes of travel and tourism under modernity appear to be particularly important in this period: the tension between access to, and the economic exploitation of, the countryside as against the need to protect and preserve geographical areas perceived to be precious by both policymakers and public.

What role, for instance, did paths and pathmaking play in defining or redefining views of the sublime in modern Britain? How did groups marginal to perceptions and experiences of ‘the countryside’ experience long-distance walking? How individual, and how communal, were walking experiences in the post-war era? Were national trail and local footpath waymakers and other physical infrastructure – borders, bridges, fences – seen as a help or a hindrance in accessing ‘the outdoors’ in post-war Britain?

In Middle English, the word ‘forraked’ meant ‘exhausted or tired out by wandering’. Long distance walking stays with us well beyond the point where the legs stop moving – long after our movement through the landscape has come to an end. By tracking the history of walking in post-war Britain, we hope to identify and preserve a similar legacy: the lasting effects of walking on the landscape, on public policy, and on walkers themselves.

Clare Hickman is a Senior Lecturer in History at the University of Chester (drclarehickman.wordpress.com, Twitter: @dr_hick).

1) Hickman, Paths and walkers in the Peak District National Park (2019)