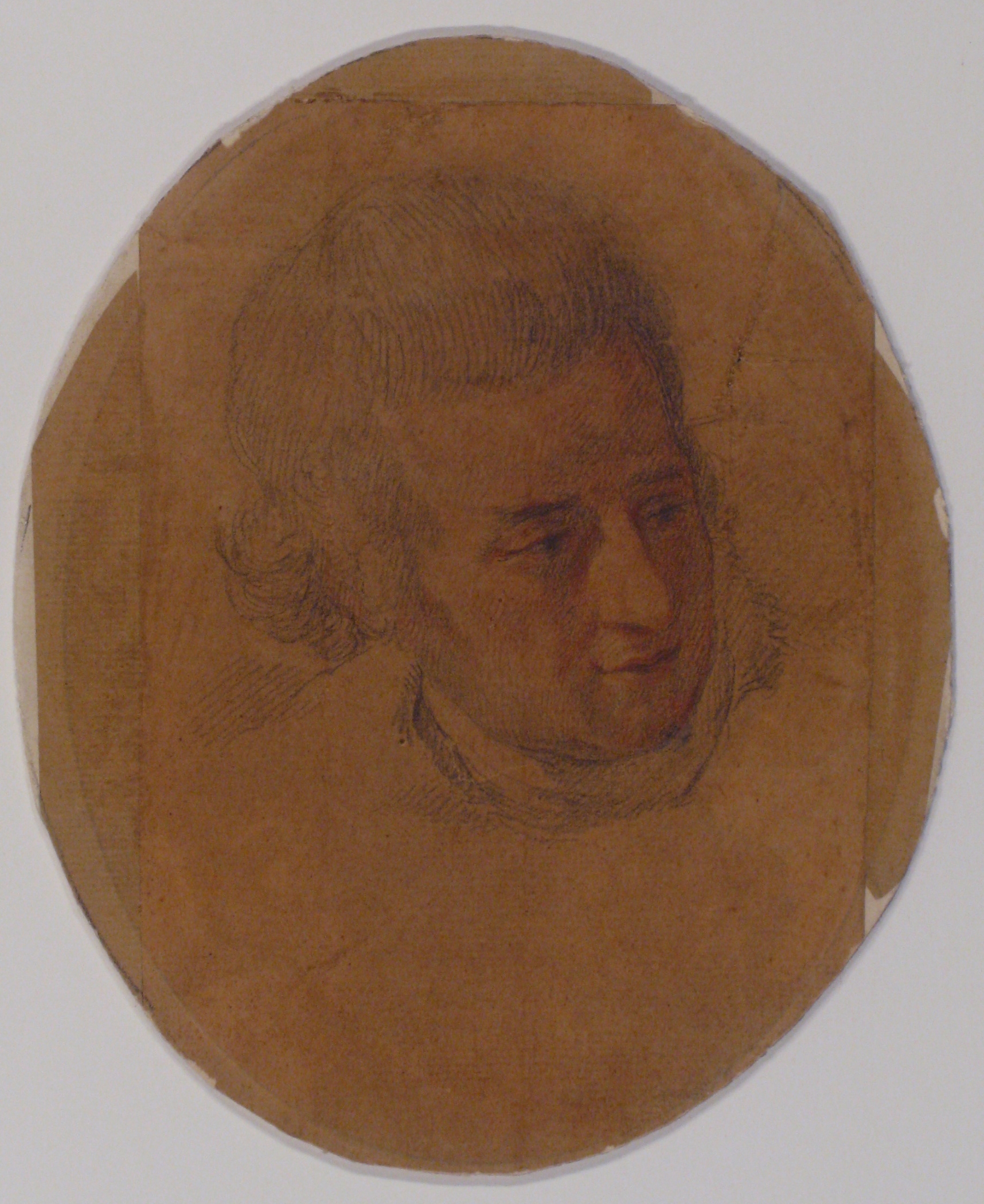 In the last weekend of April, as part of the program for Professor Elena Smilianskaia, a visiting fellow at the University of Exeter, Dr Julia Leikin, British Academy Postdoctoral Fellow, organized a trip to the town of Rotherham in South Yorkshire, to find out more about Thomas Howard, the third Earl of Effingham (1746-1791). In this post, Julia Leikin recounts the surprising results of the trip.

Howard is, on the surface, an elusive figure. Despite his military and political stature, and a wide range of eccentricities, Howard did not leave behind a substantial archive for historians to exploit. He does have a short entry on Wikipedia, but there is no biography nor even an entry in the Oxford Dictionary of National Biography to document his military career, his support of the American colonies in the American Revolution, and his short-lived governorship of Jamaica. Neither is he named among Eton College’s notable alumni.

But Thomas Howard is one of the notable figures who appears in my and Prof Smilianskaia’s forthcoming annotated translation of Rear-Admiral John Elphinstone’s Russian Faith, Honour & Courage Displayed in a Faithful Narrative of the Russian Expedition by Sea in the Years 1769 & 1770. Elphinstone offers a rare, first-hand account of the Russian voyage around the continent of Europe to the Eastern Mediterranean and offers a new perspective of his skirmishes with Ottoman forces, including the famous Battle of Çeşme (1770), alongside caustic descriptions of its participants. (This characterization does not extend to Thomas Howard, for whom Elphinstone was full of admiration.)

Elena and I were intrigued by Howard’s participation in the First Archipelago Expedition (as the Russian voyage to the Eastern Mediterranean during the 1768-1774 Russian-Ottoman War is known) and his time in Russia during those same years. Why was the best-known English-language source on the expedition (the anonymous account listed under Further Readings below) dedicated to him? Guided by excerpts from his journal and a few mentions in diplomatic correspondence, we wanted to learn more about Effingham’s life: what prompted him to become a volunteer in the Russian army during this war? How did his travels to the Levant affect him? Was he attracted by the romance of the Orlov revolt, a Greek uprising in the Peloponnese in 1770? Did this experience inspire support for the rebelling American colonies?

In our quest to learn more about this enigmatic figure, we turned to the local community in Rotherham. After an email exchange, we were able to arrange a visit. The local historians in Rotherham proved to be a rich source of information, best-placed to see all the pieces of the puzzle, and to assemble them in a way that reveals the bigger, richer picture of Thomas Howard’s life. And they did so through local exhibits, lectures, and monuments. From our conversations over the weekend we were able to learn about the various aspects of Thomas Howard’s life – something no academic study had been able to provide. 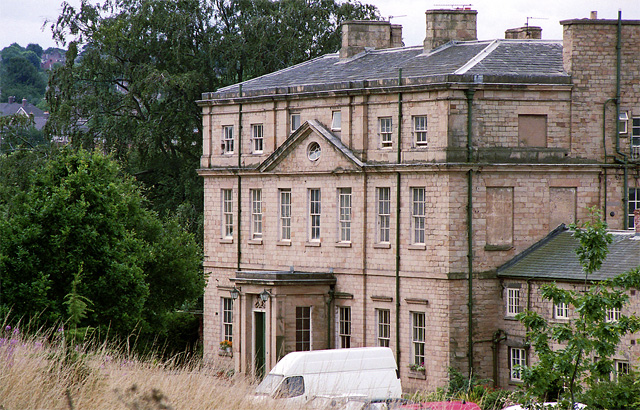 Active in his local community, Thomas Howard left behind two buildings: his home, Thundercliffe Grange, and his hunting lodge with the tongue-in-cheek name of Boston Castle. Through a strong interest in the history of their community, the people we met had amassed a wealth of information about Effingham by combing through local records and local archives, and working with descendants of the family to fill in gaps. While Thomas Howard had not left behind a substantial archive of his own, references and allusions to him crop up in numerous letters, journals, and publications. Taking his life as a starting point, local activists endeavored to collect these pieces to explain the importance of the figure whose lands later comprised Rotherham’s first public park.

The Rotherham buildings connected to Thomas Howard also have a remarkable and ongoing afterlife. Both have been revived through hard work, lobbying efforts, and unrelenting enthusiasm. Thomas Howard’s home, Thundercliffe Grange has been a stately home, a mental asylum, and an NHS facility. In the 1980s, it became a co-housing scheme for twelve families living in the cooperative in extravagant Georgian quarters. The residents use the spacious social common areas and 22-acre property to host parties and lectures, in the spirit of the way these grounds would have been used by their original owners.

Meanwhile, Boston Castle, Thomas Howard’s hunting lodge, has been restored to show its original exterior, and the surrounding grounds were spruced up to attract tourists and visitors. A modest exhibition inside the “castle” tells the story of its proprietor through sketches, artwork, and displays acquired from discrete sources. A longer narrative about the third Earl of Effingham appears on its website.

These innovative appropriations of historical structures keep the local community linked to the history of the place and to the historical figures whom the rest of us – as we focus on history from the archive – might forget.

But the work of local historians is also a reminder for those of us who try to chase the next grand narrative that history works on multiple scales. Historical events and large imperial projects are still the handiwork of individual historical actors who, in addition to their transnational, imperial designs, are also products of their localities; one influences the other, and it is not always clear how or in what way until we inquire into their lives beyond the single event in which we encounter them. And this is how we benefitted from the work on Thomas Howard that has been carried out in Rotherham: it provided insight into this eccentric figure who was otherwise just a name on the pages of our text, and revealed connections between several imperial projects: the Russian journey to the Eastern Mediterranean, the American Revolution, and Britain’s Caribbean colonies, connections nobody knew existed.

Dr. Julia Leikin is a British Academy Postdoctoral Fellow at the University of Exeter. Together with Professor Elena Smilianskaia (Higher School of Economics, Russia), she edited, annotated, and translated John Elphinstone’s Russian Faith, Honour & Courage Displayed in a Faithful Narrative of the Russian Expedition by Sea in the Years 1769 & 1770. The Russian translation will be published by NLO Press later this year, with the English-language edition to follow from the Hakluyt Society.

An Authentic Narrative of the Russian Expedition against the Turks by Sea and Land … London: S. Hooper, 1772.
Cross, Anthony. By the Banks of the Neva: Chapters from the Lives and Careers of the British in Eighteenth-Century Russia. Cambridge: Cambridge University Press, 1996.
Davies, Brian L. The Russo-Turkish War, 1768-1774: Catherine II and the Ottoman Empire. London: Bloomsbury Academic, 2016.