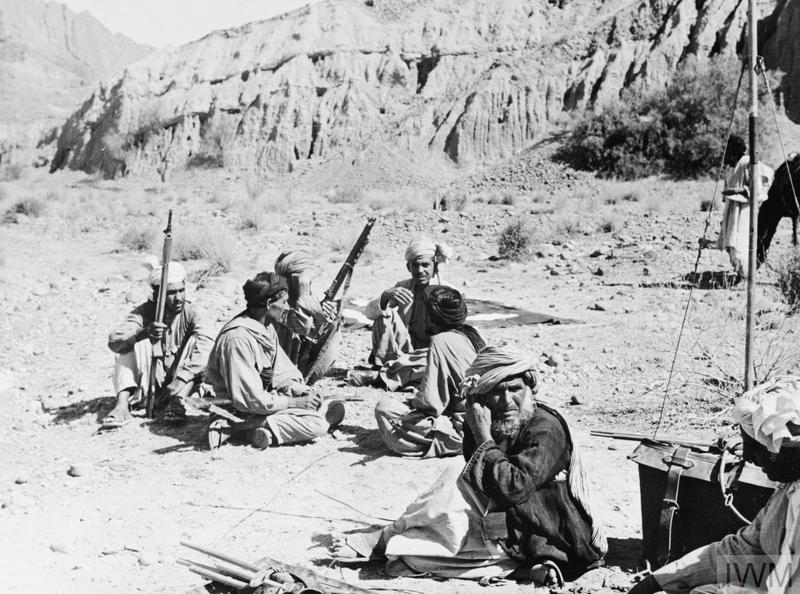 Beyond this Day – 6 May 1919: The Third Anglo-Afghan War and the Attack on “Warlike” Pathans.

Monday, 6 May 2019 marks a hundred years since the outbreak of the Third Anglo-Afghan War (6 May – 8 August 1919). In the first of a new series of posts examining the histories beyond significant dates, Kate Imy (Assistant Professor of History, University of North Texas) examines the significance of the conflict in the context of the World War that preceded it, and the longer history of British military recruitment of, and violence against, Pathans in the region.

Over 1.4 million South Asian soldiers and civilians served in the First World War but it is less well-known that the Third Anglo-Afghan War that followed it continued to play a significant role in shaping the fate of soldiers and civilians along India’s northwestern borders. This conflict brought greater violence to the Indo-Afghan border, emboldened anti-colonial campaigns, and revealed the fraught nature of Muslim soldiers’ service to the British Empire in India.

May 6 marks the centenary of the start of the Third Anglo-Afghan War. It began when the Amir of Afghanistan, Amanullah, tried to launch an invasion into India, but the lead-up to and aftermath of this conflict extended far beyond the few official months of war. Amir Amanullah’s predecessor and father, Amir Habibullah, had remained neutral during the First World War but was assassinated by revolutionaries shortly after its conclusion. Amanullah’s invasion was a culmination of wartime  activism led by Indian anti-colonial activists associated with the Ghadar or “mutiny” movement, Indo-German Missions to establish a provisional government of India in Afghanistan, and Maulana Obaidullah Sindhi’s efforts to foster pan-Islamic unity to undermine British rule. Ultimately, the invasion failed and Amanullah negotiated peace with the British to recognise Afghan independence.  However, the uncertainty and brutality of the war ushered in years of conflict, instability and violence for those living in the borderlands.

Continued periods of warfare along the Indo-Afghan border during and after the First World War had destabilized Britain’s longer pattern of recruiting soldiers from northwestern India and Afghanistan into the Indian Army. Pathans, also known by the colonial state as Pushtuns, Pashtuns, Pukhtuns, Pakhtuns, and Afghans, were the ethnic majority in northwestern India, in present-day Pakistan. Early-twentieth-century British recruiting pamphlets represented these men as “brave and warlike”, raised in “an inhospitable land of bare mountains, where only the hardiest survive.” But while such stereotypes made them a desirable “martial race” and thus ideal for military recruitment, Pathans’ ties to northwestern India and Afghanistan also made them targets of colonial violence. British and Indian forces pursued frequent campaigns in the region during the so-called “Great Game” for colonial influence with Russia which caused the first two Anglo-Afghan Wars (1839-1842; 1878-1880). Borderland communities faced coercion, propositions for alliances, or forcible subjugation as Afghan, Russian, and British authorities vied for dominance.

Military intervention engendered endemic political and economic instability that compelled many Pathan men to join the British Indian Army before and during World War One. Those residing in areas outside British control received frequent threats to their land and families during absences related to their service. Most were prevented from returning home due to imperial fears that trained soldiers would stir rebellion and unrest. Incidents of Pathan desertion fuelled imperial perceptions that Pathan soldiers were inherently disloyal and unreliable. This enabled British officials to scale back on recruitment even though Pathans had been integral to important campaigns. Pathans were among the first to arrive in Mesopotamia in 1914 and participated in raids led by T.E. Lawrence in the Arab Revolt. By 1918, their rates of desertion decreased as logistics improved and Ottoman surrenders increased. Nonetheless, the imperial perception of Pathan disloyalty endured.

British officials often accused Pathan militias of succumbing to the “call of Islam” whenever their behavior challenged imperial control. This was due in part to the Khilafat movement, which sought to protect the Muslim caliphate and challenge British interference in lands formerly controlled by the Ottoman Empire. The Third Anglo-Afghan War, therefore, occurred at a time when many already criticized brutal British-led attacks on Muslim civilians in Muslim-majority regions of the world. Mrs. Lilian Starr, who worked in a missionary hospital in 1920, recalled that the Peshawar Hospital gained a massive collection of British bullets “removed from Afghan patients.” The Royal Air Force carried out aerial assaults in the belief that conventional warfare could not succeed in tribal areas. One man from the region lamented the foreign aircraft that pierced “dwellings with falling fire.” Between 1919 and 1920, Pathan and Afghan raiders responded with over 600 raids and 400 kidnappings of British soldiers and civilians. British authors tended to portray kidnapping as a perennial part of the “wild frontier” rather than a reflection of endless war. British military pamphlets, meanwhile, warned British soldiers that they would face murder or assault if they encountered people from the region, contributing to a lack of empathy for those subject to military violence.

The brutality of the Third Anglo-Afghan War convinced some South Asian Muslims that India was Dar-al-Harb—the realm of war. Pious followers of Islam, according to this view, must either stay and fight or migrate to regions under Muslim control. The newly independent Amir of Afghanistan, Amanullah, promised to support pilgrims and migrants with land and food, inspiring a mass migration – called Hijrat – of tens of thousands of South Asian Muslims into Afghanistan in May 1920. Some of these pilgrims joined up with Bolshevik revolutionaries and Indian nationalists in Kabul, deepening colonial fears of such alliances. The majority of migrants simply found hardship, theft, and starvation. Afghani officials struggled to accommodate the pilgrims and two-thirds returned home. 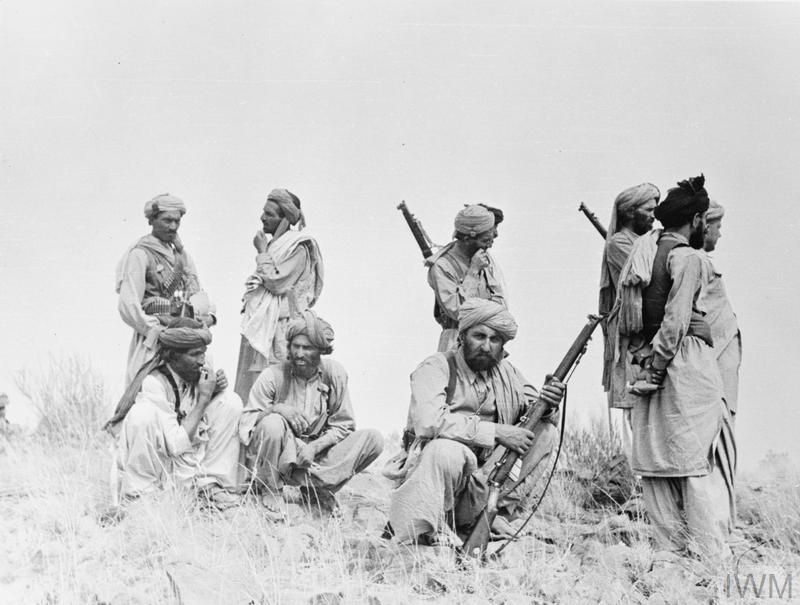 Pan-Islamic, anti-colonial, and communist movements in the northwest called on Pathan soldiers to abandon India for a promise of spiritual and economic salvation. Postwar uncertainty led British officials to scale back Pathans from their imperial positions, and to single them out as a threat to India, hardening pre-existing imperial narratives of Pathans as wild, cruel, and untamed. In 1920, British Private J.P. Swindlehurst wrote in his diary that if a Pathan man had a “grievance fancied or real” it would result in “nothing short of killing.” When he observed that three Pathan cooks he met were “quite decent straightforward men” he assumed that this was because “they had been disciplined.”  Despite his positive encounters, he fell back on colonial rhetoric—at times even copying entire passages of recruiting pamphlets into his diary to describe these communities.

For some soldiers, imperial discourses spoke louder than personal experiences. This made it easier to participate in and facilitate violence against populations demonized as fanatical long after the formal end to hostilities and the signing of peace treaties in and beyond 1919.

Kate Imy is an Assistant Professor of History at the University of North Texas. She has been a Fulbright Fellow to India, an IHR-Mellon Fellow in London, and a two-time winner of the Critical Language Scholarship to study Hindi and Urdu in India. Her first book, Faithful Fighters: Identity and Power in the British Indian Army, will be released by Stanford University Press in December.

Alexander George Stuart, Our Indian Empire: A Short Review and Some Hints for the Use of Soldiers Proceeding to India (Calcutta: Government of India Central Publication Branch, 1912).