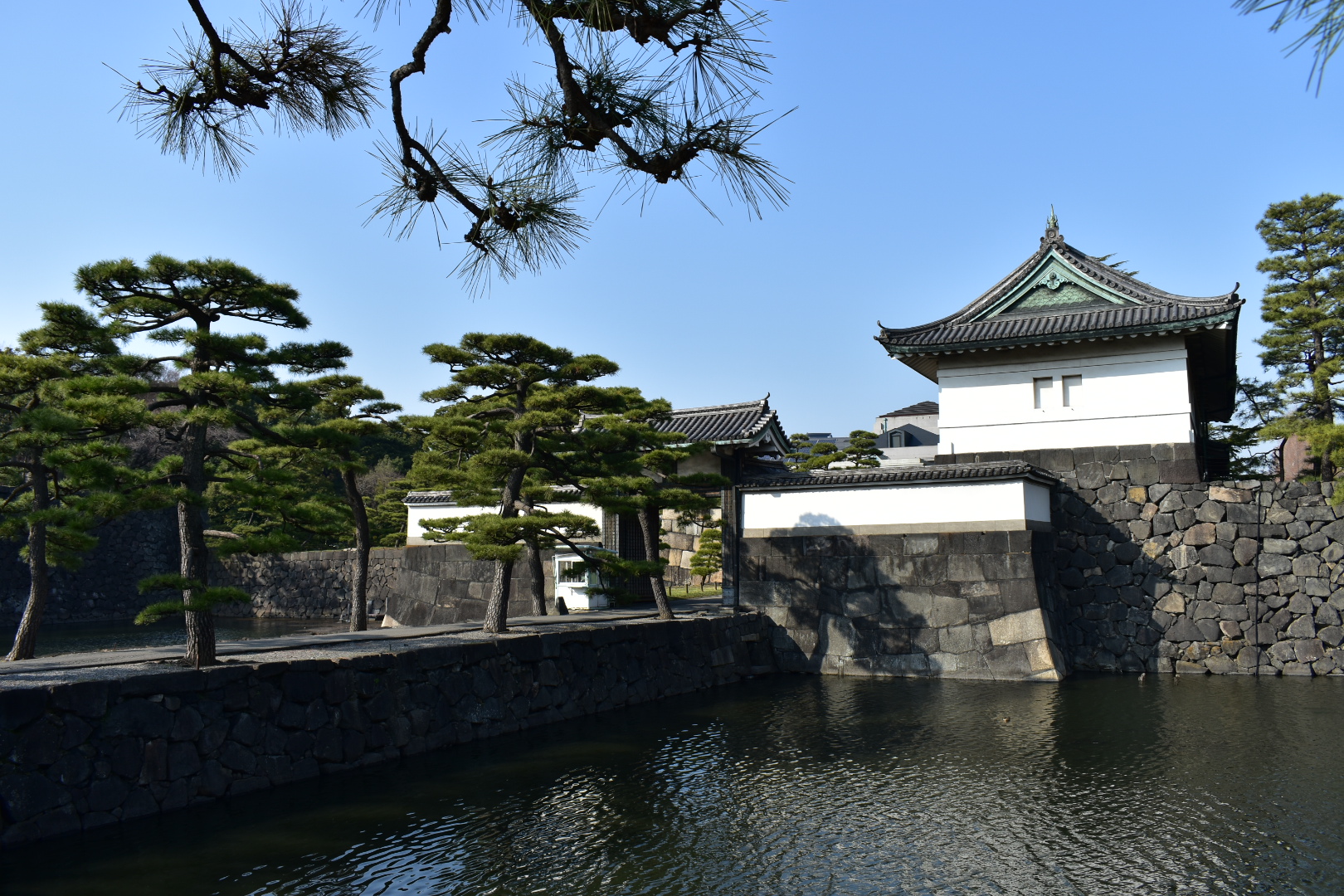 The Emperor, His Castle and Modern Japan.

On May 1, 2019, Prince Naruhito (b. 1960) becomes the emperor of Japan following the abdication of his father, emperor Akihito (b. 1933), after a thirty-year reign. The enthronement ceremonies will take place in the Imperial Palace, a vast former castle complex that dominates the centre of Tokyo. Yet, the new emperor will only be the fifth to reside in Tokyo, after the so-called Meiji Restoration of 1868 saw the imperial institution move to the “Eastern Capital” following more than a millennium in the ancient city of Kyoto. In this blog post, Oleg Benesch explains the history and significance of this modern imperial location.

The Restoration brought seven centuries of warrior rule in Japan to a close as the last Tokugawa shogun resigned and surrendered his capital and its great castle to the new government. Then known as Edo, the city of Tokyo had grown from a small fishing village in the sixteenth century to Japan’s greatest castle town and arguably the largest city in the world by the early 1700s, with more than one million inhabitants. At its heart, dominating the urban space and reflecting the hierarchies of warrior rule, the shoguns’ stronghold of Edo Castle awed European visitors even in the late nineteenth century. In contrast, the emperors in their more modest palace in Kyoto were largely ceremonial.

Following the surrender of the Tokugawa following a brief civil war, the victorious Meiji government took over Edo Castle and developed it into a site fit for a newly powerful emperor. On the one hand, this involved demolishing many of the old castle buildings as “useless relics” of the “feudal” past. On the other, it meant retaining and upgrading the military character of the site as Tokyo was transformed from a great castle town to an unparalleled military capital. The Meiji government renamed Edo Castle as the “Imperial Castle”, and made it the nerve centre of the newly created Imperial Japanese Army. In the process, the emperor was transformed from a ceremonial figure responsible for civil duties to the supreme military commander, assuming the shogun’s martial duties. The elite imperial guard was established in the North Bailey of the castle, with other military facilities around the various moats. The Yasukuni Shrine for the veneration of the nation’s war dead was established just outside the North Bailey in 1869. It would be frequently visited by the Japanese emperors as the number of dead increased along with Japan’s expanding empire and modern wars. 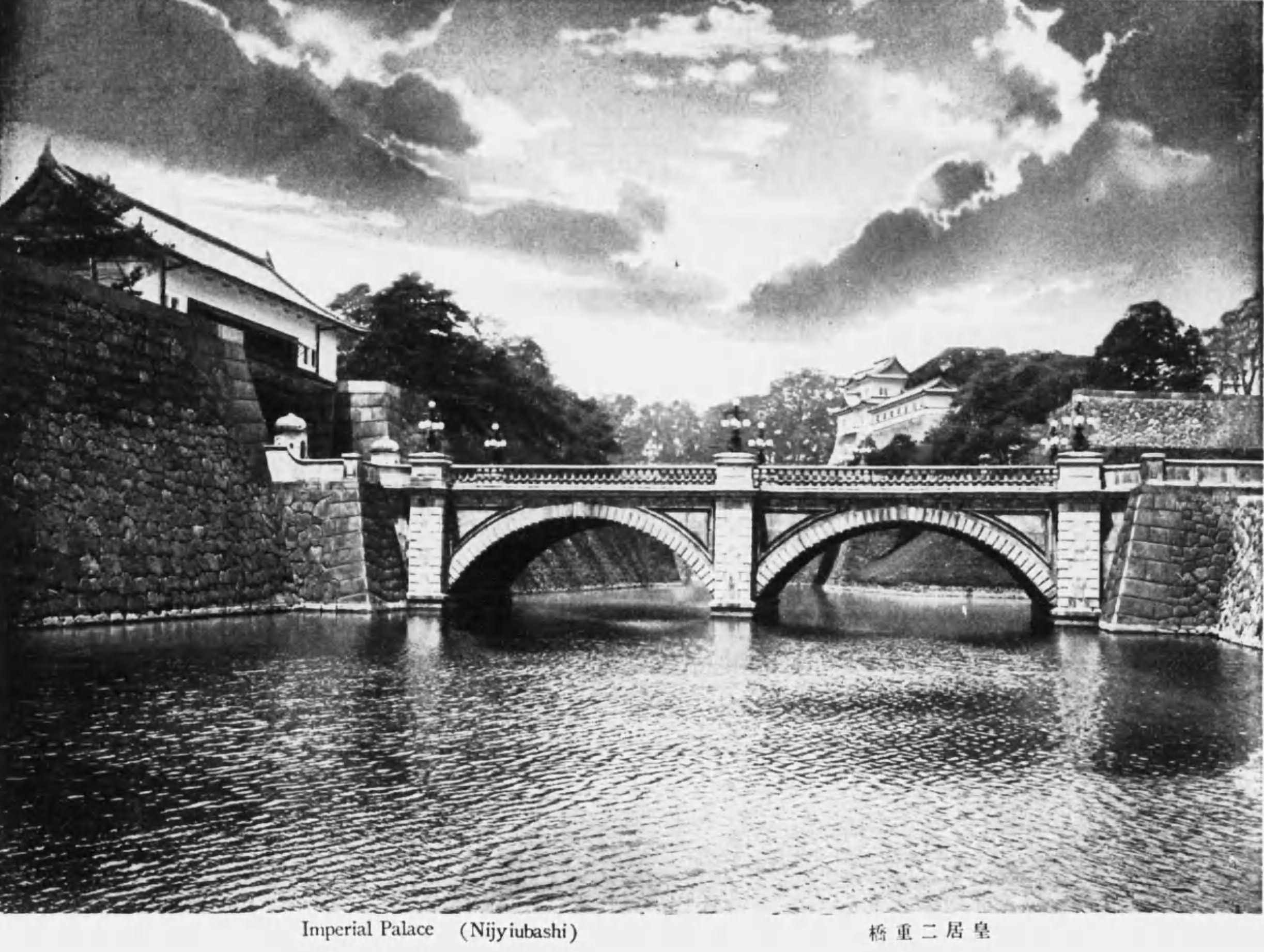 The Imperial Castle was portrayed as the centre of the Japanese empire, and the military character of the site was an important aspect of this symbolism. Being based in a great castle linked both the emperor and imperial army with idealized samurai warriors and Japan’s ancient martial heritage. This connection was not lost on the American occupiers who set about demilitarizing the country after Japan’s surrender in 1945. The imperial institution was retained after much deliberation, but underwent significant changes. The Americans themselves now used the Imperial Castle for their own military parades, and otherwise oversaw the conversion of much of it to a public and “democratic” space. The Imperial Guard was removed and disbanded along with the rest of Japan’s military, and there were strong arguments for moving the emperor out of the castle, as well. Ultimately, it was decided that the emperor would stay in the West Bailey of the castle, which was officially renamed the Imperial Palace by the Imperial Household Agency in 1948, stripping the site of its overt military connotations.

In the post-war decades, the castle continued to be reinvented in line with Japan’s broader transformation into a post-imperial state. The awarding of the 1964 Olympics to Tokyo (like Rome 1960 and Munich 1972) represented Japan’s reintegration into the international order, and the North Bailey of the castle was chosen as the site for the architect Yamada Mamoru’s Nippon Budokan, a dramatic structure that hosted the judo competition during the Games and continues to be the spiritual and organizational centre of many martial arts in Japan today. The North Bailey was transformed into a public park and, along with much of the rest of the castle, was stripped of its connections with the Imperial Japanese Army. In contrast, gates, moats, bridges and towers from the pre-Meiji Tokugawa period were carefully restored and maintained, as the samurai heritage represented a “safe” martial masculinity that predated the excesses of the imperial state. 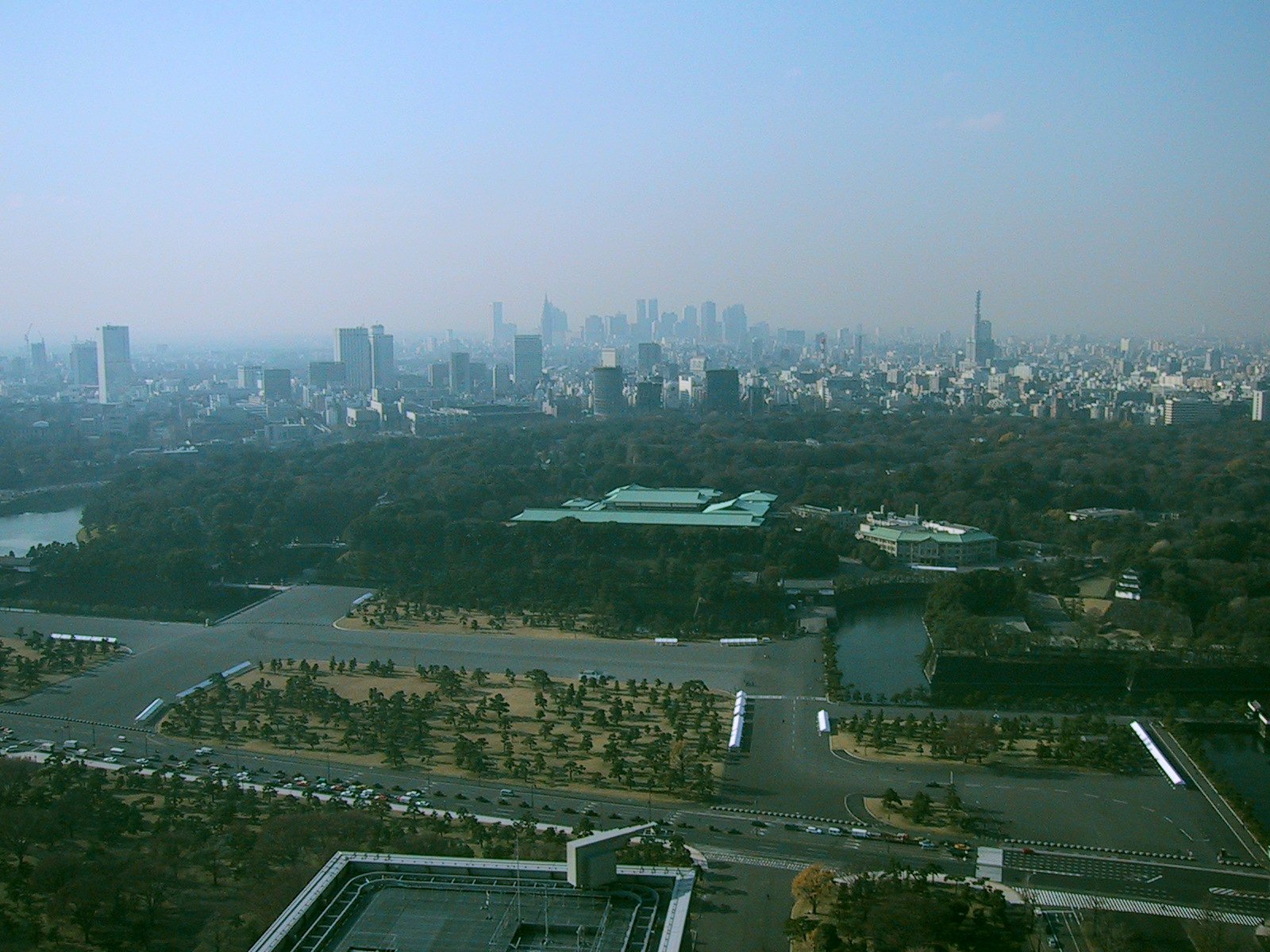 The demilitarisation of the castle in the late twentieth century resulted in few relics of the imperial period remaining in and around the site. In the North Bailey, there are two small monuments to the Imperial Guard and the impressive headquarters building of the Imperial Guard Division has been renovated to house the Crafts Gallery of the National Museum of Modern Art. Some small explanatory signage briefly mentions the structure’s earlier purpose, if not the full context of the empire. Perhaps the most significant—and controversial— remaining imperial site is the Yasukuni Shrine, visits to which by Japanese prime ministers are a flashpoint for protests in China and Korea. The shrine was privatized under the Occupation as part of the separation of state and religion, but emperor Hirohito (1901-1989) continued to visit and pay his respects to the fallen until 1975. This was the last imperial visit, and none have taken place since 14 Class A war criminals were inducted into the shrine in 1978. However, although the government constructed a secular memorial to Japan’s fallen just along the moat from Yasukuni at Chidorigafuchi, this new site has never captured the public imagination to a similar degree. The military history that has been erased elsewhere is unavoidable at Yasukuni and at its attendant Yushukan Museum. 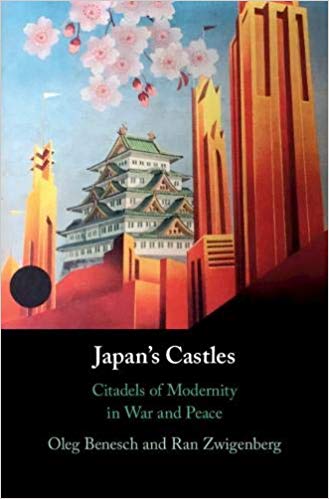 The death of the wartime emperor Hirohito in 1989 was seen by many as the end of Japan’s long post-war period, even if issues such as the treatment of “comfort women” were only beginning to reach global attention. Certainly, the past continues to haunt Japan’s present. As a new imperial reign begins, the emperor continues to live in the former Edo Castle, which is at the heart of the world’s most populous urban area just as it was three centuries ago. As Ran Zwigenberg and I argue in our new book Japan’s Castles: Citadels of Modernity in War and Peace (Cambridge, 2019), castles are some of the most important physical sites for understanding historical change in modern Japan. The Imperial Palace continues to fulfill this role as it welcomes a new emperor in the twenty-first century.

Oleg Benesch is Senior Lecturer in East Asian History at the University of York, and co-author, with Ran Zwigenberg, of Japan’s Castles: Citadels of Modernity in War and Peace (Cambridge, 2019)