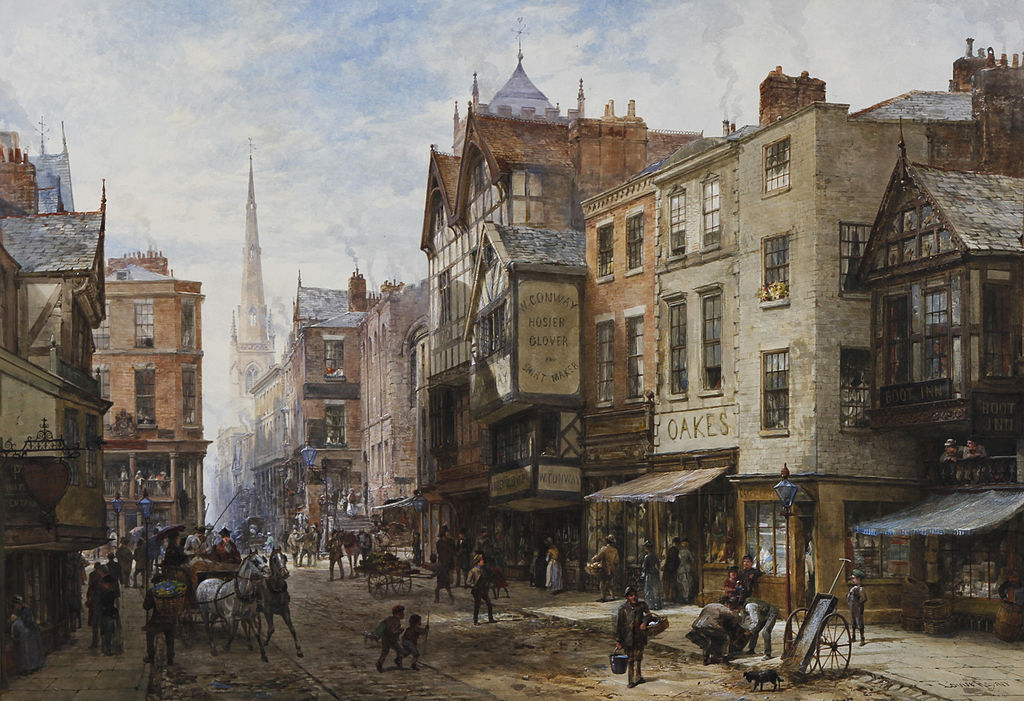 Putting History in its Place at The University of Chester

Since 2014 the Department of History & Archaeology at the University of Chester has been rediscovering its specialism in the history of place, space, and landscape. Hosting the Royal Historical Society Symposium in 2017 played an important part in that process. Papers delivered at that Symposium by Oleg Benesch, Elizabeth Tingle, and William Whyte have recently been published in TRHS 6th Series, XXVIII (2018).

In this blog post the Symposium organizers – Jenny Hillman, Tom Pickles, and Katherine Wilson – reflect on the various ways that Chester has been putting history in its place.

The author of Ecclesiastes 1:9 famously declared that ‘What has been will be again, what has been done will be done again; there is nothing new under the sun.’ This is certainly true of histories of place, space, and landscape at Chester. Before our arrival, Graeme White and James Pardoe had run a very successful MA in Landscape, Heritage, and Society with close connections to the Chester Society for Landscape History. Sadly this MA had been discontinued by when we were appointed. Soon after his arrival at Chester in 2013, Tom was treated to a fantastic day touring the sites in Cheshire that Graeme used for fieldtrips for his medieval landscapes module and which contributed to the genesis of Graeme’s wonderful book, The Medieval English Landscape 1000-1540 (Bloomsbury, 2012).

To foster collaborations across disciplines and build on existing strengths, the Department decided to launch a new inter-disciplinary MA in Past Landscapes and Environments (affectionately known as MAPLE). Shared between History and Archaeology, MAPLE channels expertise in landscapes from prehistory to the twentieth century and fosters skills in the theory and practice of landscape analysis. Thinking Through Landscapes and Environments considers western and non-western histories of place, space, and landscape, taking in approaches like sensory history, psycho-geography, and environmental history. Investigating Past Landscapes explores practical skills in documentary and cartographic research, Geographical Information Systems, LiDAR and aerial photography, and onomastics. 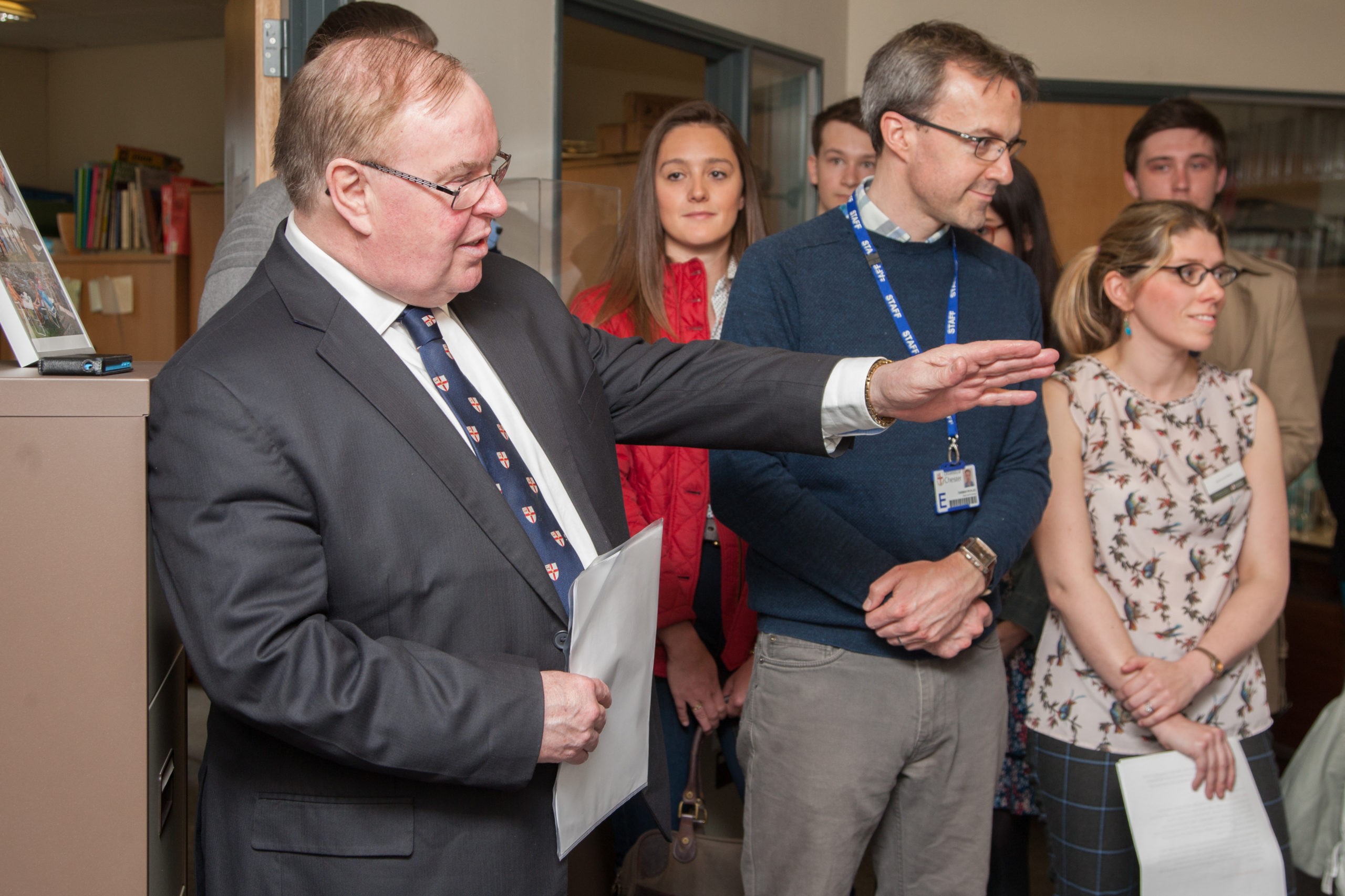 To capitalise on this energy, we applied to host the Royal Historical Society Symposium under the title ‘Putting History in its Place: Historic Landscapes and Environments’. Observing that ‘All human action is emplaced within historically specific and contingent landscapes and environments’ we made the bold claim that ‘These are not merely canvasses on which human action is played out, but constitute active social and cultural agents in producing change.’ The Symposium was designed to encourage historians to speak across the regional and period divisions that often shape our research. 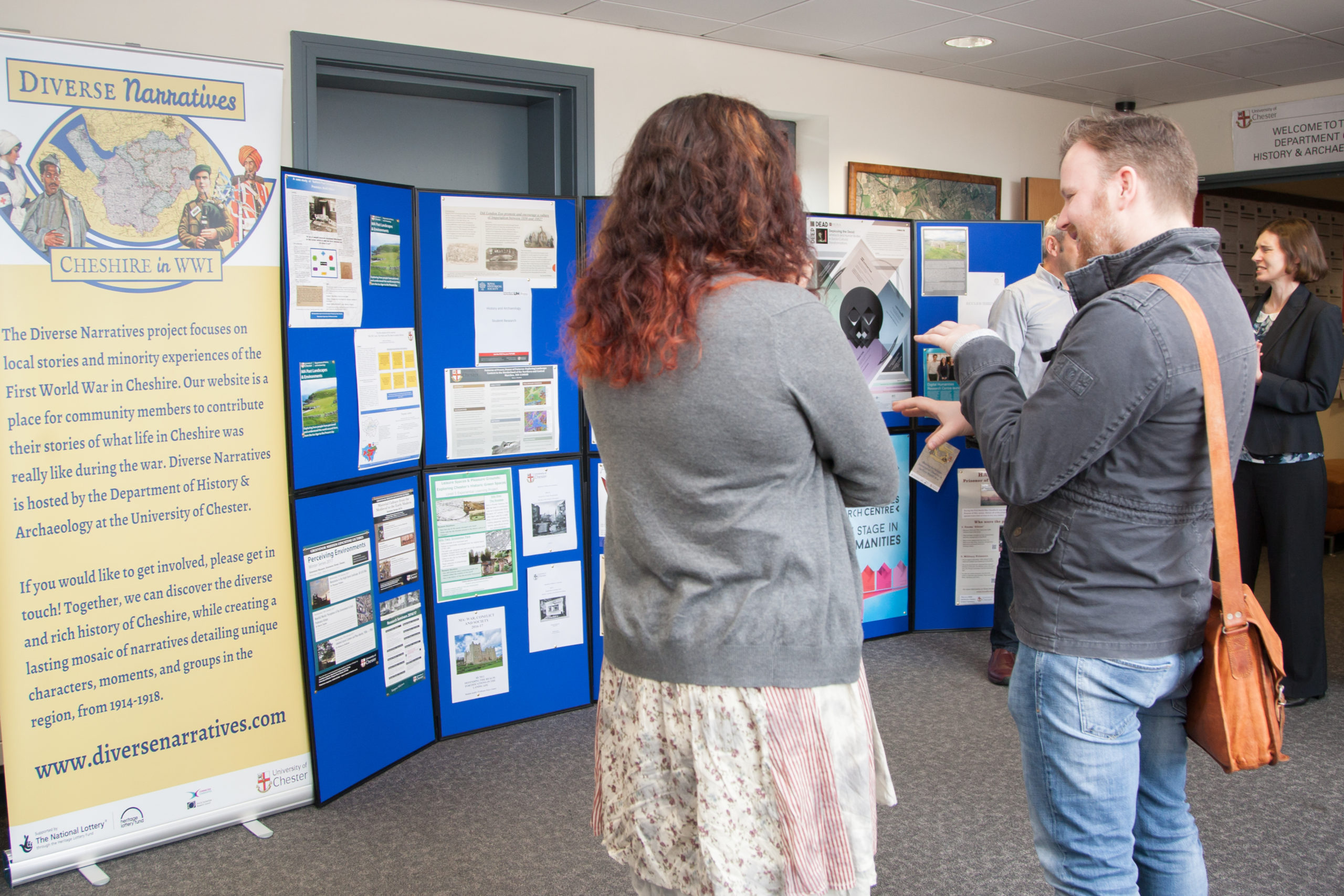 Before the Symposium, members of the History staff at Chester contributed to a roundtable event based on our own landscape research interests, ranging from Clare Hickman on gardens in eighteenth-century medical history, to Tim Grady on First World War British internment camps, to Hannah Ewence on British Jewish identity and urban landscapes in twentieth-century Britain, and Rebecca Andrew on regional identity and rural landscapes in inter-War and post-War Britain.

At the Symposium, three scholars well-known for their work on landscapes gave keynote lectures focusing on the medieval, early modern, and modern periods. John Blair drew on his Leverhulme funded project on Anglo-Saxon settlement to ask and answer the question ‘Was there such a place as Anglo-Saxon England’ through a formidable range of approaches to the relationship between material culture, landscape, and identity. His brilliant book from this project is now available as Building Anglo-Saxon England  (2018) has recently been shortlisted for the 2019 Wolfson History Prize. Elizabeth Tingle explored embodied holiness and long-distance pilgrimage in the Catholic Reformation ranging across an impressive body of European evidence to recapture the experience of religious travel. William Whyte outlined a persuasive thesis on the current scholarly ‘re-enchantment of the world’, pointing out that we have been here before, gently chastising us for our assumptions about agency and landscape, and suggesting historians should reconstruct ‘regimes of materiality’. His latest book Unlocking the Church: The Lost Secrets of Victorian Sacred Space (2017) followed close on the heels of the Symposium.

Alongside these keynote addresses a series of papers by scholars from Britain and North America and grouped by theme encouraged discussion across regions and periods. For the Landscape and Identity panel, we were taken from the early modern woodlands of New England (Julie Schlag, Hull) and early modern coastal wetlands of Atlantic Canada (David F. Duke, Acadia) to the nineteenth-century agricultural landscape of Handley, North Dorset (Leo Baker, Bristol). To consider Sacred and Liminal Spaces we were transported from late medieval Canterbury Cathedral (Dee Dyas and John Jenkins, Christianity and Culture, York) via early modern parish churches (Emma Wells, York) and early modern Dutch landscapes of urban life and execution (Anuradha Gobin, Calgary), to landscapes of grave-digging in nineteenth- and twentieth-century England (Stuart Prior, Britsol and Helen Frisby, UWE). In the final panel on Place and Affect, we visited the frontier settlements of Chester (Graeme White, Chester), the urban castles of Japan in the later nineteenth and earlier twentieth century (Oleg Benesch, York), and later twentieth-century British nuclear bunkers (Jonathan Hogg, Liverpool, and Jessica Douthwaite, Stirling/ Imperial War Museums).

Organizing the Symposium helped us to reinforce existing collaborations and generate new ones; these results are visible in a number of ways.